German Chancellor Angela Merkel announced Monday that she would be attending the United Nations Climate Conference which starts in Copenhagen in early December. For a conference that has experienced plenty of setbacks, this is definitely an added bonus.

The more likely it looks that the Copenhagen conference will not achieve any sort of binding agreement, the more negotiations get bogged down, the fewer important international leaders plan to attend. So the fact that the German chancellor has announced firm intentions to go is a good sign.

She will join 40 other world leaders there, including French President Nicolas Sarkozy and British Prime Minister Gordon Brown -- although whether American President Barack Obama will attend is as yet unclear.

The Outlook for Copenhagen Has Always Been Gloomy

Initially the Copenhagen talks were supposed to produce a replacement for the Kyoto Protocol of 1997, a United Nations initiative aimed at combating global warming by cutting CO2 emissions, which expires in 2012. Even the Kyoto Protocol was toughly contested, with some nations insisting that they would not have to cut their emissions and others -- such as the US -- never even ratifying it.

Hardly surprising then that the outlook for any sort of binding agreement emerging from the Copenhagen talks, which run from Dec. 7 -18, was grim. Nobody can seem to agree on how much is too much emissions, who should cut them and who should foot the bill for the cuts. There is an ongoing stand off between developed, developing and undeveloped nations with the former two, who bear the brunt of many of the problems caused by climate change (such as drought or flooding), not wishing to take responsibility for emissions they say the developed world are responsible for. And then there's the question of renewable energy sources and who pays for the development of these: the UN estimates these will cost between $500-600 billion per year.

So expectations for a clear and binding outcome to these negotiations have always been low. And now those low expectations are official. On Sunday, Danish Prime Minister Lars Lokke Rasmussen, who will chair the Copenhagen climate conference, met with leaders of 21 nations attending the Asia-Pacific Economic Cooperation (APEC) forum in Singapore. Also present at the APEC forum were Chinese President Hu Jintao and American President Barack Obama. Members of the APEC nations produce almost two thirds of the world's carbon emissions, with China and America sharing the responsiblity for around two thirds of that.

After the meeting the APEC leaders and the Danish prime minister announced that they don't expect any legally binding agreements from the conference and that instead, the conference will aim for a more modest outcome. Rasmussen proposed that the attending nations reach some "political binding" agreements instead and that the drafting of a legally binding document be delayed until a meeting in Bonn in the middle of 2010. US President Obama, who face problems with climate change legislation at home anyway, concurred.

On Monday the Danish Minister for Climate and Energy Connie Hedegaard went even further. She told reporters attending the opening of a two-day meeting between climate change negotiators from almost 40 countries, just one of a series of talks held in preparation for the main talks, that a later meeting in Mexico -- at the end of 2010 -- might be a more realistic goal than the Bonn meeting.

Head of the UN climate change secretariat Yvo de Boer added that "clear decisions" needed to be made at Copenhagen in order to come up with a treaty within six months, for the 190 attending nations.

'No Alternative' to Success in Copenhagen

Back in Germany, the new Environment Minister Norbert Röttgen said in an interview with Die Zeit newspaper over the weekend, his first interview since starting in the job, that "a binding, global regime to protect the environment was necessary. There is no alternative," he said. "We must have some success in Copenhagen."

On Monday, Röttgen, a member of Merkel's Christian Democratic party (CDU), told SPIEGEL ONLINE that the "politically binding" aims that were being talked about must be formulated so that they "result in a just, binding agreement with clear duties and goals."

Meanwhile Germany's former Environment Minister Sigmar Gabriel, who was confirmed as the new head of opposition party, the Social Democrats, at his party's conference in Dresden over the weekend, was more critical. In a Monday interview with Deutschlandfunk radio, he said that, "The environmental ministers are agreed and the scientists are agreed. The real scandal is that these leaders of nations don't have the guts to take on this challenge, that they only talk about it, they agree that the challenge exists and then they just head back home." 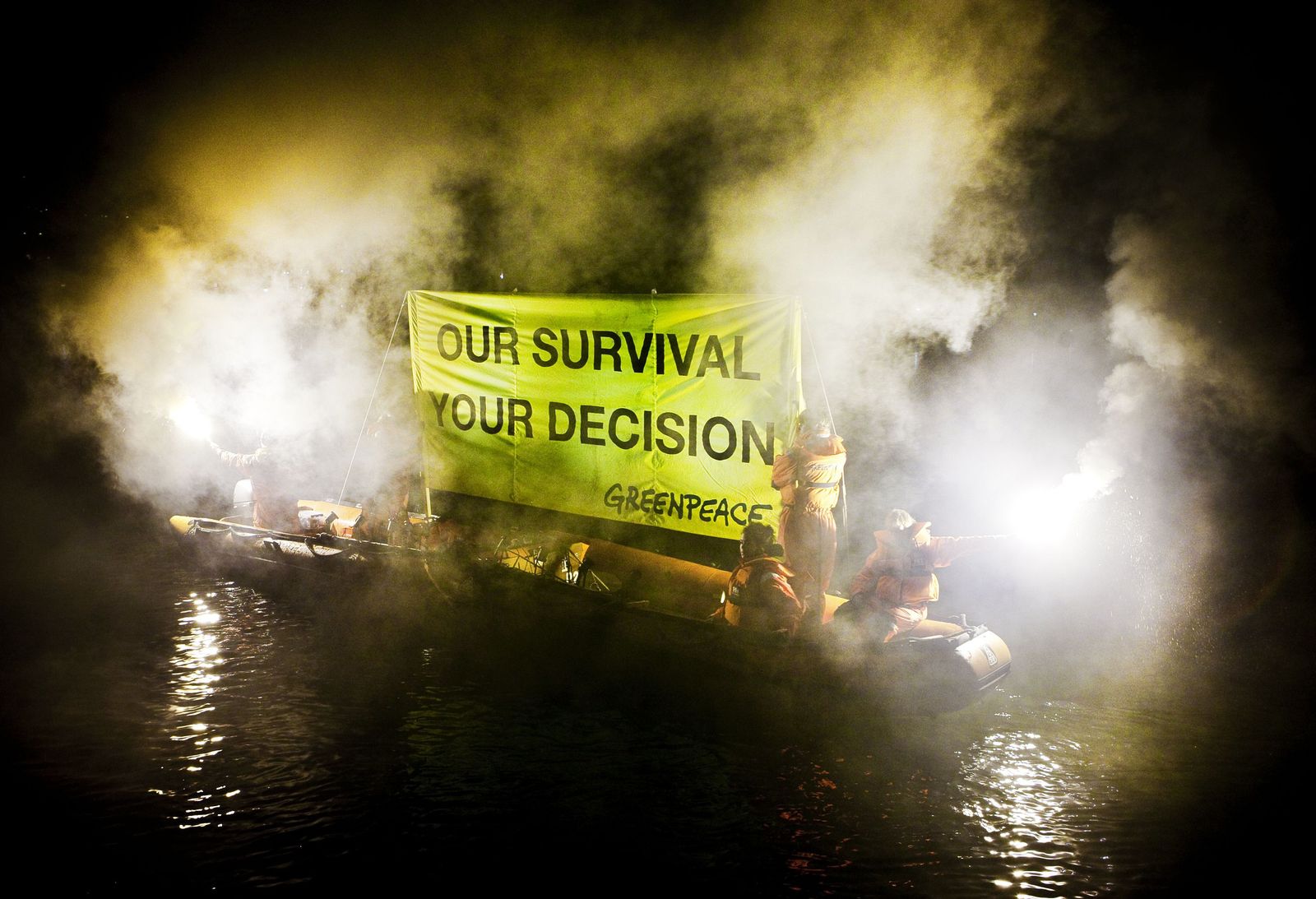 Protestors in Copenhagen in November, shortly before one of several sets of pre-talks held in Denmark before the main Copenhagen climate talks set for early December