The participants told DER SPIEGEL that Trump went on to say: "See the millions of cars they are selling to the U.S. Terrible. We will stop this."

European Commission President Jean-Claude Juncker showed solidarity with the Germans at the meeting and contradicted Trump's rebuke. Free trade benefits everybody, Juncker said. Participants at the meeting who spoke with DER SPIEGEL said that Juncker tried to maintain a collegial tone, but remained uncompromising on that point.

During the roughly one-hour meeting, Trump met initially with European Council President Donald Tusk and Commission President Jean-Claude Juncker. After about 45 minutes, they were joined by others, including European Parliament President Antonio Tajani and the EU's chief diplomat, Federica Mogherini.

According to a report in the German daily Süddeutsche Zeitung, many EU officials were appalled by how little the Americans appeared to know about trade policy. The guests from Washington seemed not to be aware that EU member states only negotiate trade treaties as a bloc. According to the paper, Trump's chief economic advisor, Gary Cohn, claimed during meetings, for example, that different customs tariffs are in place between the U.S. and Germany than between the U.S. and Belgium.

For years, Germany has exported more than it imports and Trump has criticized the country's trade surplus before - in an interview with the German tabloid Bild prior to his inauguration, for example. In that interview, too, he voiced particular frustration at the number of German cars he sees on the streets of New York. "I would tell BMW if they think they're gonna build a plant in Mexico and sell cars into the U.S. without a 35 percent tax, it's not gonna happen. It's not gonna happen." It was a clear threat to slap punitive tariffs on German automobiles.

The new U.S. president finds Germany's surpluses unfair because they necessarily mean that its trading partners have a trade deficit, the U.S. in this case. But the German government has also been criticized within the EU for its trade surplus. In a recent interview with SPIEGEL, German Finance Minister Wolfgang Schäuble also said that the surplus was too large.

Still, after numerous meetings between European leaders and Trump along with several attempts to explain international trade policy, the EU thought that progress had been made. As Trump made clear on Thursday, however, that hope was in vain. 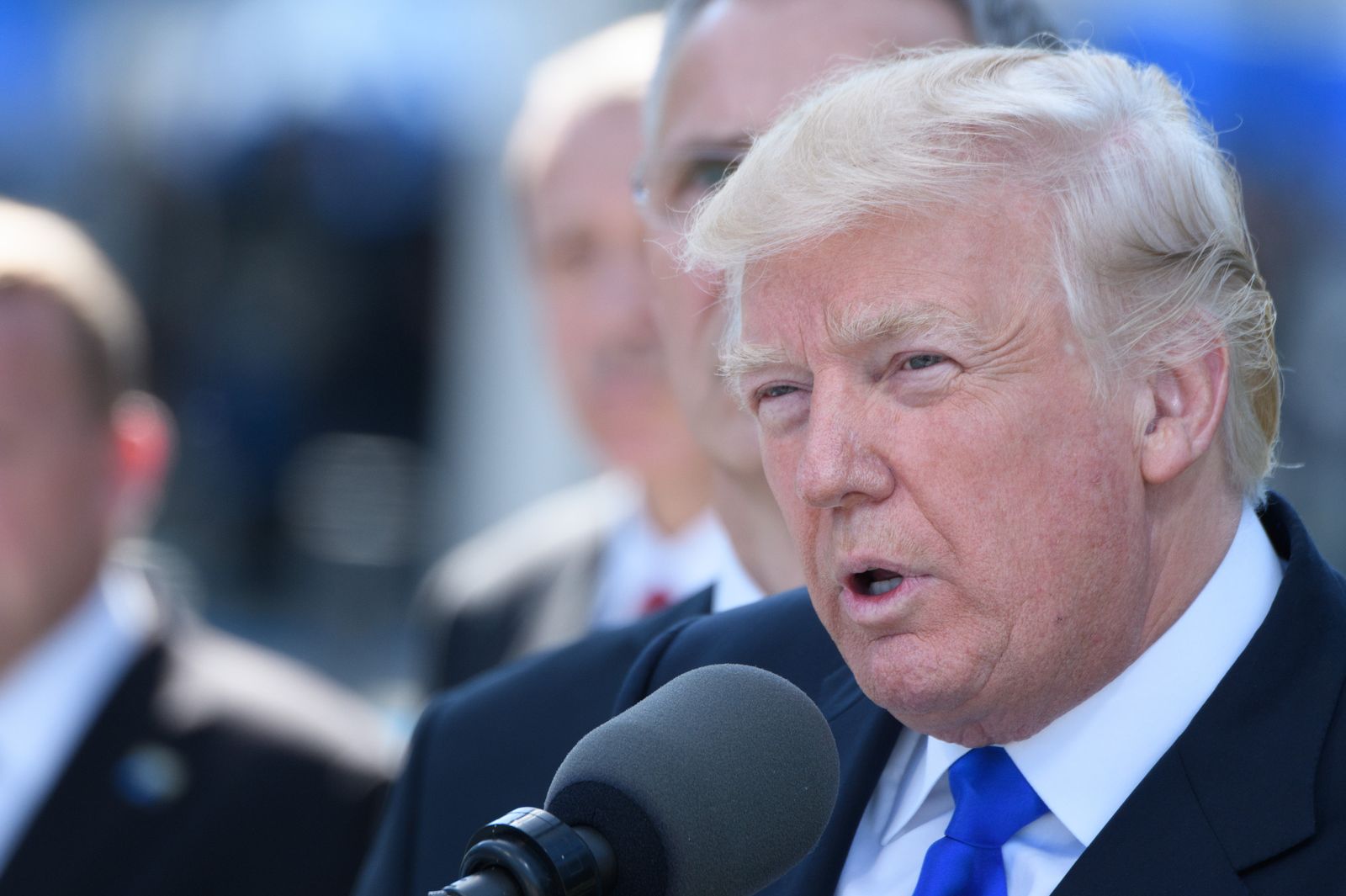