The demise of the West. The end of the postwar world order. The beginning of a new era. There are lots of dramatic claims making the rounds to describe what exactly U.S. President Donald Trump is currently up to. And all of them are both correct and incorrect at the same time.

The debacle at the G-7 clearly shows that the real problem with Donald Trump's policies is Donald Trump himself. There is no rhyme or reason to his actions aside from the desire -- the need -- to be the best, the most important, the biggest. The collapse of the West and the destruction of alliances that have held up for decades are merely the side effects of this unprecedented ego trip.

At the G-7 summit, Trump treated America's oldest friends as though they were enemies. At the same time, he fawns over Russian President Vladimir Putin and calls dictators such as North Korea's Kim Jong Un "very honorable." He sees the reflection of himself in such men. He does what he wants. Agreements with partners, the rules of the international order: None of that holds water with Trump.

Trump wants complete control and can't stand being contradicted. He always has to have the first word and the last. Indeed, it was far from surprising that he sought to impose his own agenda (the trade conflict and Russia) on the summit. The tweet he sent from his plane out of Canada, in which he revoked his support for the summit statement, was merely a logical result of his egomania. It's always just me, me, me.

Trump's crude view of the world, his image of an America that has allegedly been exploited and fleeced for years, follows from this conceit. Because Trump thinks he is the greatest and relies only on his gut feelings, he is immune to rational arguments. He only considers his own instincts and thoughts to the exclusion of all else, even though they are based on a lack of knowledge and prejudice.

The problem facing the "West," or at least the West as represented by Angela Merkel, Justin Trudeau, Emmanuel Macron, et al., is that leaders end up playing the role of extras in this lunacy. They do so because they continue to try to hold up the old ideals and the old rules. They believe in the power of words, logical arguments and alliances. That might be honorable, but in dealing with an egomaniac like Trump, it isn't particularly helpful. One hopes they will have finally realized as much following the embarrassing end to the G-7 summit.

It was the French president who made perhaps the most prudent observation. "No leader is eternal," he wrote on Twitter, a message that was clearly aimed at his American counterpart. It was, intentionally or not, a reminder of how this objectionable show can be brought to an end. American voters have it in their power to issue a sharp rebuke to Trump. They can punish him and the Republicans in the mid-terms this fall, and they can vote him out of office in 2020.

And Europe? Europe can offer resistance by isolating Trump, by avoiding him and by making it explicitly clear why they are doing so.

In this conflict, Europe must also learn how to be louder than Trump -- its message must reach not only European citizens, but Americans as well. Many in the United States, after all, haven't yet fully realized the degree to which Trump has damaged the Western alliance.

Trump, of course, has his followers who celebrate him exactly because of the chaos he is causing. But many other voters aren't happy about the destructive course Trump has charted. They are Europe's most important allies -- and Europe's greatest hope. 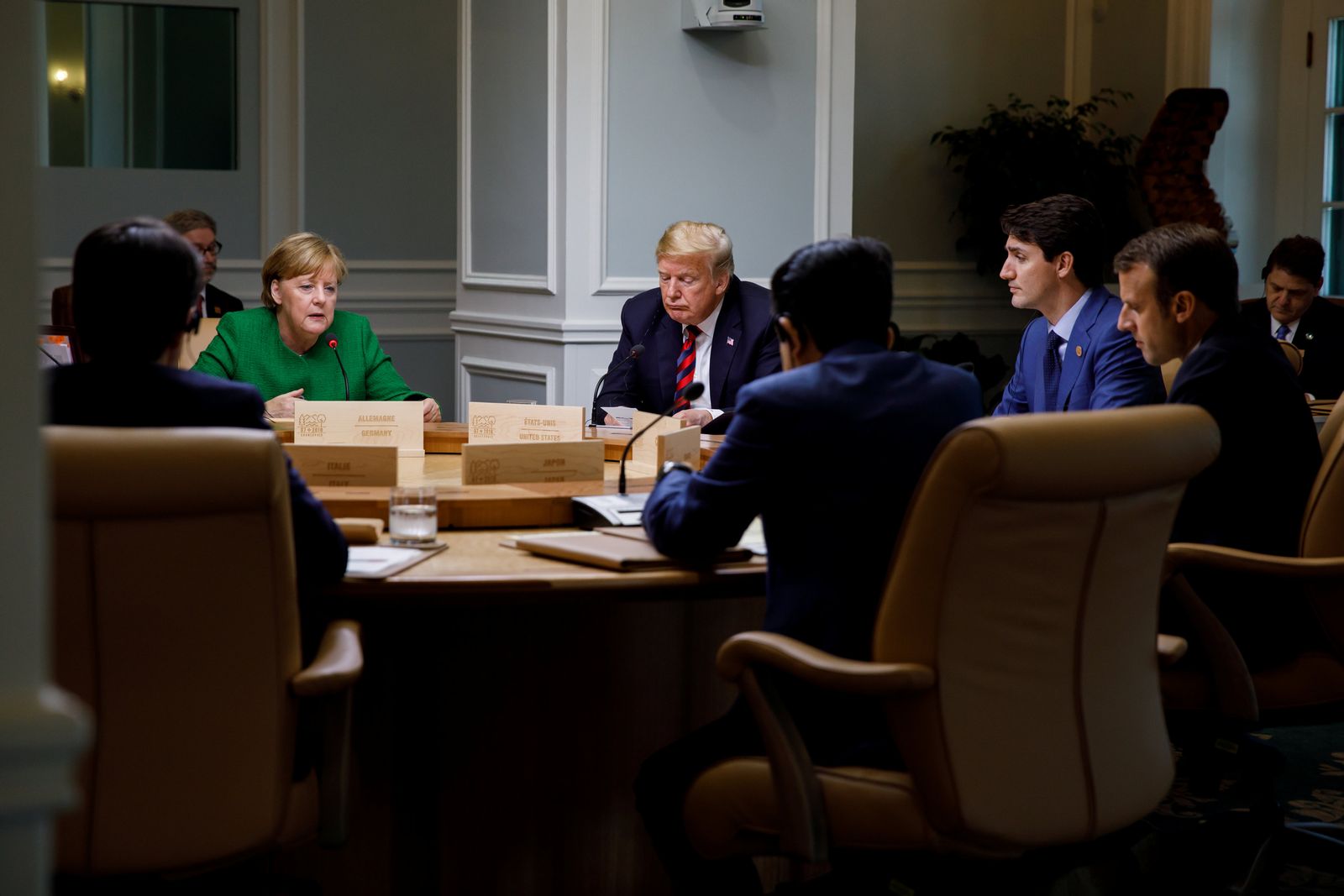 U.S. President Donald Trump at the G-7 summit on Saturday