On the campaign trail, Donald Trump had nothing but positive things to say about the Russian president. He called Vladimir Putin a "strong leader" and promised: "We're going to have a great relationship with Putin and Russia."

That wasn't all that long ago, but the situation has changed dramatically since then. Little has done more to damage Trump's White House than his team's real or imagined connections with Russia, which were placed under investigation by a special counsel not long ago. And now, just one day before the two presidents' highly anticipated first meeting, Trump has gone on the offensive. Speaking during his visit to Poland on Thursday, Trump accused Russia of "destabilizing behavior" -- an allegation that the Kremlin immediately rejected.

Indeed, it would be a tremendous stretch to speak of a "great relationship" between the U.S. and Russia at the moment. And that is bad news for the rest of the world. Nor is it a particularly good omen for their Friday face-to-face on the sidelines of the G-20 (keep up with current developments with our rolling blog here).

It would certainly be a clever bit of diplomacy were Trump to engage in a modicum of flattery with his Russian counterpart. Moscow still hasn't forgiven or forgotten Barack Obama's derogatory remark about Russia being a "regional power." The country's age-old yearning for international respect hasn't diminished.

Furthermore, history shows that a respectful relationship between the leaders in Moscow and Washington tends to coincide with greater international stability.

Paving the Way for Peace

The first meeting between a U.S. president and a Kremlin leader took place in 1943 during World War II. The trio of Franklin D. Roosevelt, Soviet leader Josef Stalin and British Prime Minister Winston Churchill met in Tehran to coordinate the fight against Nazi Germany. The two democratic politicians had feared that dealing with the Soviet dictator would be extremely difficult, but in Tehran, Stalin was as friendly as he could be and spoke openly and extensively about the Soviet Union's strategy. The West's cooperation with Stalin, despite his penchant for murdering millions of his countrymen, proved beneficial when it came to preventing the Nazis from winning the war.

The relationship didn't last. But in the ensuing Cold War, the fact that U.S. President John F. Kennedy and Soviet General Secretary Nikita Khrushchev had spoken to each other at length in Vienna the year before the Cuban Missile Crisis likely played a role in averting disaster in 1962. And the first nuclear arms control deal between the Americans and the Soviets came about in the 1970s following a meeting between Richard Nixon and Leonid Brezhnev.

The relationship between Ronald Reagan and Mikhail Gorbachev was even better. In 1986, the two met for tough negotiations in the Icelandic capital of Reykjavik. Although those initial talks ended without result, they paved the way for the crucial Intermediate-Range Nuclear Forces Treaty. Signed in 1987, the INF deal led to the destruction of land-based mid-range nuclear-armed missiles of the kind that would have destroyed Central Europe in the event of war.

Following the fall of the Soviet Union, Bill Clinton deployed his charm in discussions with Boris Yeltsin and helped support the democratization process in Russia, including the introduction of internationally accepted economic regulations. Indeed, at the behest of Clinton and British Prime Minister Tony Blair, Russia was even invited in 1997 to join the group of the world's largest economies, expanding the G-7 to the G-8. Moscow, it seemed at the time, was on the way to joining the West.

That seems like ancient history today, now that relations between the West and Moscow, after several years of slow disintegration, have plunged over the edge due to a combination of competing geopolitical interests, Russian nostalgia, Western arrogance and hurt pride. And the result, most will agree, is a world that is more unstable than it has been in a long time.

As such, there are good reasons to treat the Russian president with respect and consideration. That doesn't mean agreeing with everything he says or ignoring the problems that exist. The example that should be followed is that of Reagan and Gorbachev.

Or that of new French President Emmanuel Macron. In late May, Macron invited Vladimir Putin to Paris and received him with great pomp in Versailles. But Macron didn't just seek to charm his guest. He also spoke publicly and plainly about Russian missteps and overreach. It is a recipe that the U.S. president would be wise to emulate. And it is quite simple: respect and clear language. 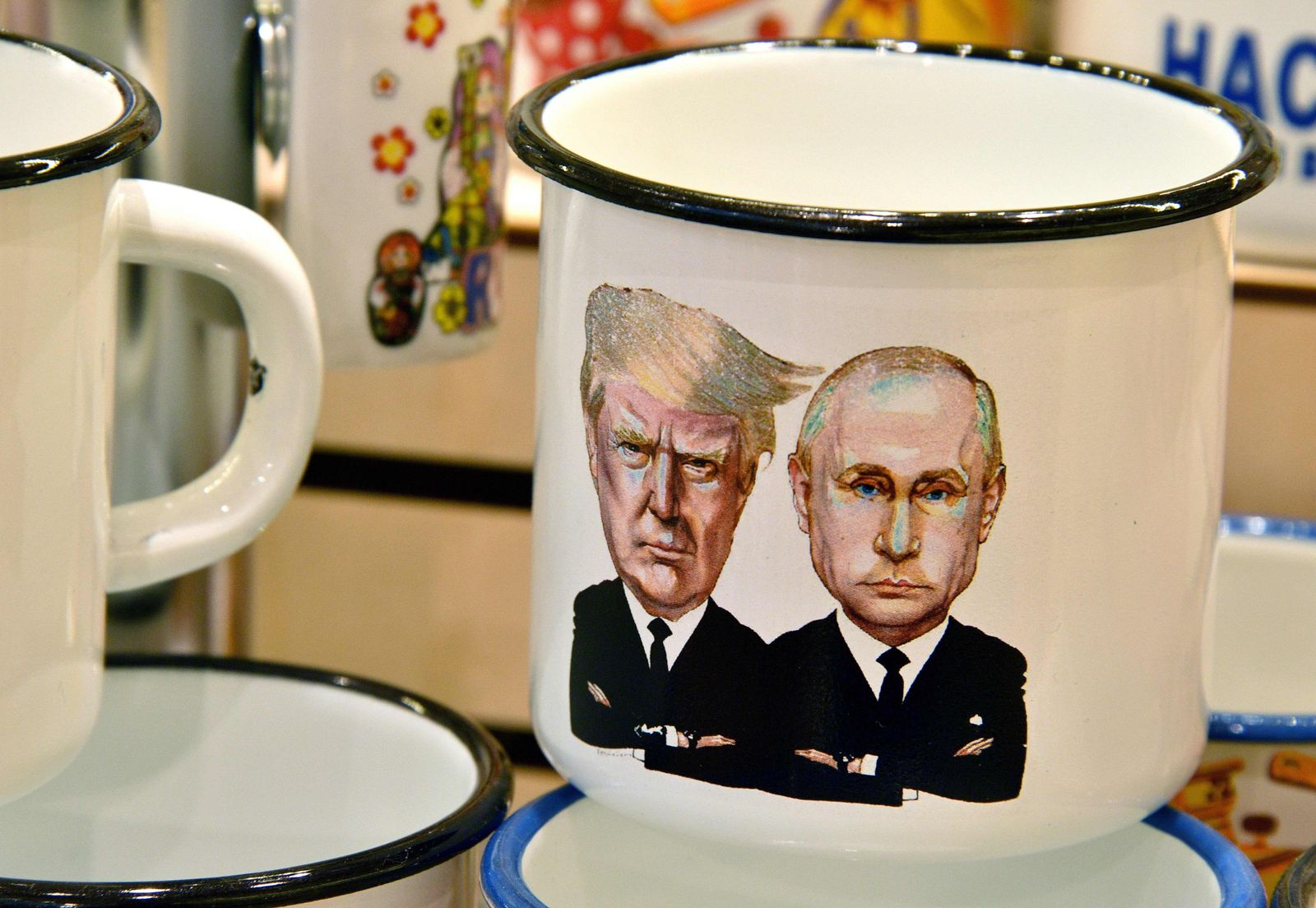 Donald Trump and Vladimir Putin are meeting on Friday.