When Americans are forced to live in fear, as they again had to do in these days of terror in Boston, they often comfort themselves with the notion that cave dwelling is for terrorists and that we, on the other hand, don't have to hide. These words could be heard during the collective relief after the capture of suspect Dzhokhar Tsarnaev, 19, as a whole city chanted the mantra "Boston Strong".

But as the Americans learned more about the Tsarnaev brothers, this line of argumentation started falling apart, because Dzhokhar Tsarnaev, together with his brother Tamerlan, the men believed to be responsible for the marathon attack, weren't cave dwellers of any kind. He didn't wear a Taliban beard, he doesn't appear to have dreamed of virgins in paradise and reports even suggest he had a girlfriend in the United States.

Tsarnaev even lived in a penthouse that could be the embodiment of the American Dream in the university city of Cambridge. The Chechen-born man attended one of the country's best schools there, one whose graduates include film stars like Matt Damon or Ben Affleck. Many who attended the school went on to Harvard or the Massachusetts Institute of Technology right around the corner.

Dzhokhar Tsarnaev even received a scholarship, and, on an Internet page, indicated that "career" and "money" were his life's goals. He spoke almost accent-free English. He smoked pot, he drank alcohol, he liked rap music and he posed proudly in his robe, with a red flower affixed to it, at his graduation. As America searched for the bombers, he calmly attended a party at his college. Tsarnaev was an "All-American Boy," friends say, one who was well on his way to becoming an American success story, regardless of his older brothers' problems. And, yet, in the end, this promising student became a murderer who placed a backpack with a bomb in the middle of a crowd of people.

That kind of transformation is almost more disturbing than the hatred of a man like Osama bin Laden. The Americans have long believed that they have been more successful at integrating Muslims than the Europeans. In principle, it's also true. What the Americans generally feared was that "sleepers" might be smuggled into the country. They were less afraid that Muslims living within the population would suddenly start turning against the country. They remained faithful that the appeal of the American dream would be enough -- why, they seemed to ask, would a person in the land of opportunity want to plan the American nightmare?

'I Don't Have a Single American Friend'

But Dzhokhar's brother, who was 26, felt so alienated despite having a wife, a child and success as a boxer that he wrote: "I don't have a single American friend. I don't understand them."

In retrospect, the Americans probably should have registered sooner that their faith in their ability to successfully integrate immigrants wasn't as foolproof as they often believed. Faisal Shahzad, the Pakistani man who attempted to set off a bomb on Times Square in 2010, had successfully applied for US citizenship shortly before the incident. Nidal Malik Hasan, who shot and killed 13 people at the Fort Hood military base in Texas one year earlier, had even worked as an Army psychiatrist. In his novel, "The Reluctant Fundamentalist," author Mohsin Hamid describes a successful Wall Street banker with Pakistani roots who slowly becomes radicalized after 9/11. Hamid's conclusion is that even those who have success can still feel they are excluded from society, and that terrorism is not the exclusive realm of those without prospects.

YouTube videos and tweets alone cannot explain how pronounced such thinking was on the part of the Boston bombers. But in the Internet age, extremist ideas can also influence American Muslims who on the surface appear to be perfectly integrated. "Muslims in the US are more resistant, but not immune from the radical message," the Wall Street Journal quoted a New York Police Department paper from 2007 as stating.

A New Breed of Terrorists?

Washington Post columnist Anne Applebaum, for her part, sees a new breed of terrorists who have more in common with the disillusioned European Muslims who killed in Madrid or London despite having grown up there. "Educated and brought up in Europe, these young men nevertheless felt out of place in Europe," she wrote. "Unable to integrate, some turned to a half-remembered, half-mythological homeland in search of a firmer, fiercer identity."

Were the Tsarnaev brothers also in search of that kind of identity? The elder brother spent half a year in Dagestan in 2012, where it is believed he became radicalized. Even though they had little idea of daily life in the country their family came from, the brothers appeared to be increasingly identifying with Chechnya as their true homeland. Already, calls are growing for stricter monitoring of the US' Muslim population. But a more fruitful debate would be one that asked whether they truly feel at home in the United States. 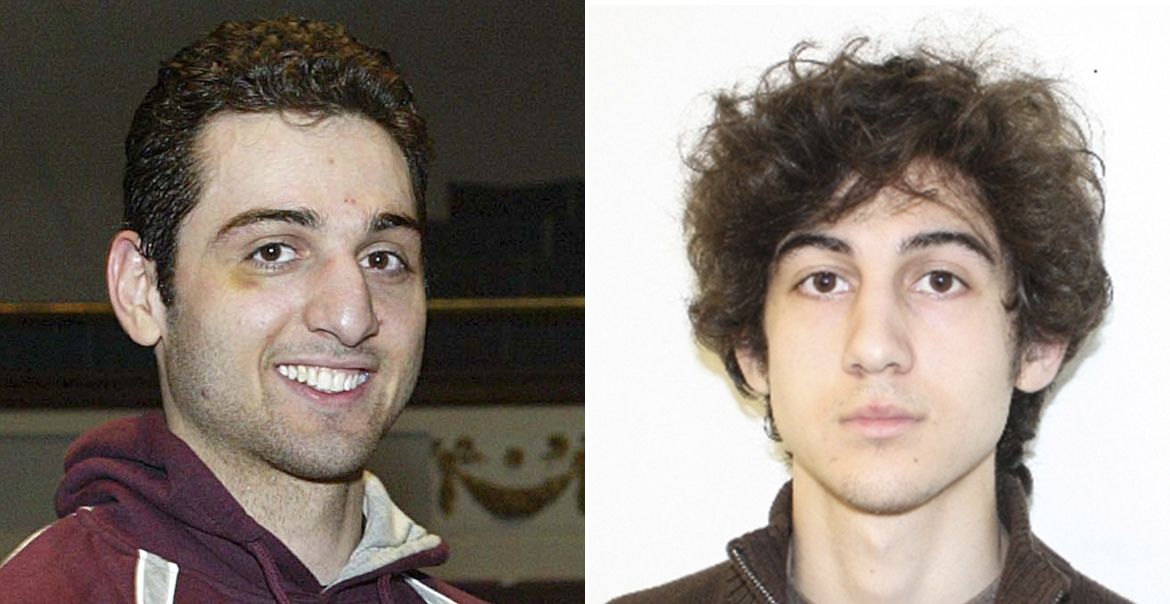