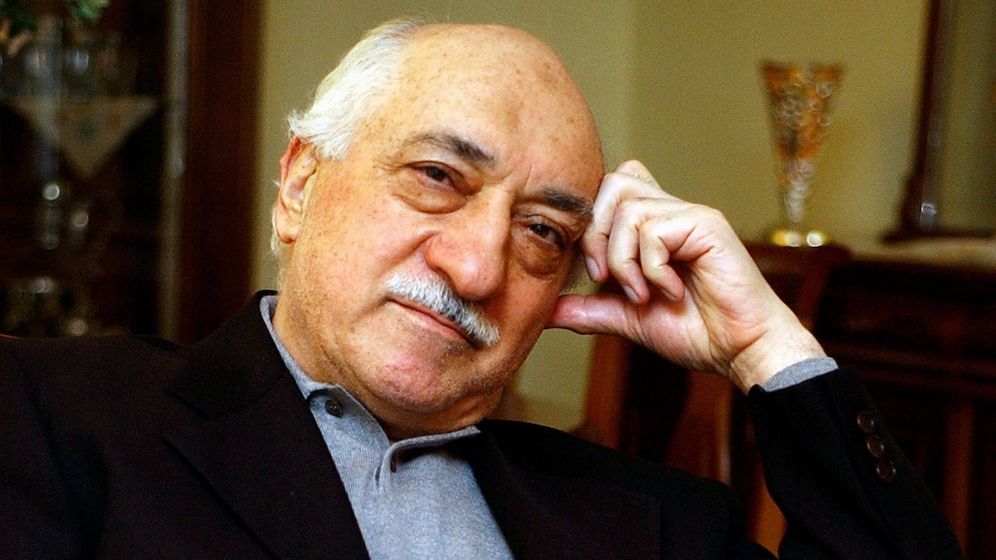 Turgut Keles loved his premier. He maintained his support of Turkish Prime Minister Recep Tayyip Erdogan through early summer, when demonstrators in Istanbul were protesting the redevelopment of Gezi Park. When Erdogan held a rally for tens of thousands of supporters, Keles was in the first row.

But just half a year later, everything has changed. "Erdogan must go," the former fan now says, adding that the prime minister has "betrayed" millions of Turks. Keles long voted in favor of Erdogan's conservative Justice and Development Party (AKP). But his support of the party is exceeded by his admiration of Muslim preacher Fethullah Gülen, the leader of a powerful civic movement that is now at odds with Erdogan.

Keles attended a school founded by Gülen followers, and later studied at one of the movement's universities. The organization helped him find a job, he says. Today, Keles works for a construction company in Istanbul and remains a devoted follower. "Anyone who insults Gülen, insults me," he says.

For a long time, Gülen and Erdogan were allies. This fall, however, the prime minister announced that tutoring centers run by the Gülen movement would be shut down. Erdogan has accused the preacher's supporters of creating a "state within a state," and since then the two sides have been locked in a bitter power struggle. The conflict appears to confirm what many once dismissed as a conspiracy theory -- that in many cases the Gülen movement controls the police and justice system.

Just before Christmas, police arrested more than 50 suspects, among them high-ranking AKP members, business owners and the sons of three ministers. They are accused of accepting bribes and involvement with illegal oil deals with Iran.

Gareth Jenkens, a Turkey expert from the Central Asia-Caucasus Institute, suspects that Gülen supporters are behind the investigations. "The movement wants to intimidate Erdogan. It is desperately trying to prevent the closure of its tutoring centers," he says.

A former justice minister with the AKP even says that one employee of the country's top court sought the preacher's advice before ruling on a case.

Afraid of being watched, Keles looks into a cafe on an Istanbul side street. He's not actually authorized to speak about the Gülen movement, which is also why he doesn't want to use his real name. He wants to set one thing straight: It wasn't the movement, but Erdogan, who started the current conflict, he says. "He's behaving like a despot."

Fethullah Gülen, who is believed to be 72, lives in exile in Pennsylvania. He fled Turkey in 1999 when the government, which was secular at the time, accused him of attempting to Islamize the country. His some 8 million supporters run schools, media companies, hospitals and an insurance company in 140 countries, including Germany. It is the "most powerful Islamist grouping" in Turkey, according to US State Department diplomatic cables made public by WikiLeaks in 2010. The network "controls major business, trade, and publishing activities, has deeply penetrated the political scene -- including AKP at high levels."

Gülen got his start as an imam in Ederne and Izmir, and soon persuaded pious businessmen to make donations. With this he financed schools, and his supporters founded student housing known as "lighthouses," which are a fundamental part of the organization. Keles lived in one of these facilities, which often offer free accommodation in exchange for loyalty. Dropouts say the tone inside is militaristic; residents study Gülen's writings and sermons under a provost's supervision.

The community recruits new supporters in its schools and tutoring centers, training them as "soldiers of light." Their task, whether they become businessmen, politicians or judges, is to spread Gülen's conservative vision of Islam and to expand his influence.

But despite the fact that it's a huge organization, the Gülen movement has no address and no headquarters. Fethullah Gülen alone determines its structure and path, while the cleric's trusted "brothers" are in charge of its most important businesses. Among these is Zaman, Turkey's highest-circulation newspaper, along with Bank Aysa, the country's largest.

More than two years ago, Gülen urged his followers to infiltrate the Turkish state in a sermon that was captured on video. "You have to penetrate the arteries of the system without being noticed," he said. You have to wait for the right moment, until you have seized the entire power of the state." Gülen says the video has been manipulated.

When AKP assumed power in 2002, the prime minister saw an ally in the Gülen organizations. He promoted the movement by appointing members to important positions in law enforcement and the judiciary. Together, Erdogan and Gülen ousted the military, which until then had acted as guardian of the secular state.

The five-year trial against the "Ergenekon" network, the most spectacular and controversial case in the Turkish judicial system's recent history, has led to the arrest of generals, but also hundreds of politicians, lawyers and journalists, for their involvement in an alleged coup attempt. Crimes could be proven for individual defendants. Often, however, the allegations turned out to be fabricated. Critics say that, with Erdogan's permission, the Gülen movement manipulated the trial to eliminate political rivals in the government and civil society. The prime minister's chief adviser admitted two weeks ago that forces within the judiciary conspired at the time against the military. The general staff now wants to bring the case back to court.

A high-ranking former party member asserts that numerous state officials acted on the orders of the Gülen brothers: "They were our students. We trained them and supported them. When these grateful children take office, they continue to serve Gülen."

Critical journalists were also persecuted. The reporter Nedim Sener, for instance, reported on the machinations of the Gülen community, as did his colleague Ahmet Sik. In March 2011, the two were arrested. They were not released until the following year.

'They Want Influence and Money'

Sener says he doesn't doubt the seriousness of the corruption allegations -- but the motives of the investigators has to be questioned. These are hardly neutral jurists at work, but rather Gülen followers. "The community is not governed by rule of law and democracy," says Sener. "They want influence and money."

Because it's not just about ideology; it's also about wealth. By opening schools abroad, the Gülen movement has developed new markets for Turkish businesses. The Calic Group, for instance, which is run by Erdogan's son-in-law, benefited from the group's connections to the former Turkmen dictator Saparmurat Niyazov.

But the alliance between Erdogan and Gülen began to crumble after the parliamentary elections of 2011. Erdogan said the movement could no longer be relied on. Gülen's followers, for their part, were disturbed by the prime minister's increasingly authoritarian governing style. "Erdogan became a burden for us," says Keles.

Among other things, the two camps are at odds over how to deal with the Kurds. Turkish intelligence chief Hakan Fidan led secret peace negotiations on the behalf of the prime minister with the Kurdish separatist Kurdistan Workers' Party (PKK). Gülen, however, called on the Turkish military in a video message to attack Kurdish separatists: "Locate them, surround them, smash their units, let fire rain down on their houses, cover their wailing with still more cries of pain," he said.

In February 2012 state prosecutors attempted to apprehend Erdogan's intelligence chief. The prime minister prevented Fidan's arrest -- and transferred police powers to intelligence. The media attacked Erdogan's actions with the same vehemence they once reserved for the opposition. In summer 2013 Gülen criticized Erdogan for his brutal handling of the Gezi protesters.

But only after Erdogan threatened to close the tutoring centers did the conflict escalate. Lawmaker Hakan Sukur, a former soccer player and national hero, announced his resignation from the AKP: "As a supporter of the movement, I take the hostilities against Gülen personally," he said. Afterward, the daily newspaper Zaman called him a "hero with a lion's heart" and interpreted his resignation as a "final warning."

The corruption scandal shook the country just a day later. The prime minister is still trying to dismiss the allegations as conspiracy, speaking of a "second war of independence." He announced he would take action against Gülen's supporters. More than 500 police officers have already been transferred. Erdogan is expected to present a list with the names of 2,000 more alleged Gülen followers within the state apparatus.

Gülen supporter Keles says the movement is prepared to fight to the "bitter end." Ilhan Cihaner, the opposition politician and Gülen opponent, expects further revelations in the coming weeks. He says the group possesses enough compromising documents to topple Erdogan: "The conflict is far from over."