Since the nerve gas attack in Syria last Wednesday, in which hundreds of people were reportely killed near the capital Damascus, politicians and generals in Turkey have been asking a frightening question: If the situation escalates, for example if the US carries out a military strike, would Syria fight back? And would Syrian President Bashar Assad dare to attack Turkey, and therefore NATO, using chemical weapons?

Such a course of action is seen to be "unlikely but definitely possible", according to an official at the Turkish Defense Ministry in Ankara. In recent days, the government has strengthened precautions against a nerve gas attack in the country's southern regions along the border with Syria. "Our armed forces are aware," he says. Turkish media have reported that troops have been conducting exercises in preparation for the worst.

By all accounts, Turkey is not calling for military action against Damascus for the time being, but instead is endorsing international sanctions. Clearly, it could do without a war right on its doorstep. But the government has not commented on specific steps which could be taken against the Assad regime. Ankara has long been one of Assad's fiercest critics. When a Turkish fighter plane was shot down off the coast of Syria in June last year, the relationship deteriorated dramatically even further. Erdogan promised then that he would support the Syrian people to free them from the "dictator Assad".

Since the conflict in Syria began two and a half years ago, Turkey has taken in more than half a million refugees from its neighbor. Syrian opposition activists organize their resistance from there; Turkey serves as a safe haven. They report how supplies of arms are funnelled through Turkey to them. Recently, one activist told the Reuters news agency that rebels had received "400 tons of weapons," funded by "Gulf states", from Turkey, one of the most important deliveries to help their fight against government forces. As always, Turkey denied this.

Foreign Minister Ahmet Davutoglu said on Monday, however, that Turkey would join an international coalition against Syria, even if no UN mandate existed. If no decision came from the Security Council, there would be alternatives on the table. Currently, "36 or 37 states" would discuss these alternatives, he said. He also criticized the stance taken by Russia and China, both of which refuse to act against Assad.

"From the beginning Turkey has argued that the international community cannot simply stand by idly in the face of the Assad's regime massacres," said Davutoglu according to Turkish newspaper Milliyet. The credibility of the international community would be damaged if its failure to act continued. Those such as Assad who commit war crimes and crimes against humanity must "definitely be punished", the Foreign Minister demanded. Turkey, a NATO member, has been put in an awkward position by the events in Syria and Egypt. It is not powerful enough to enforce its own course in these conflicts by itself, but it is also too important to be ignored. Erdogan has given up all diplomatic restraint in recent days and has sharply criticized the West.

In the case of Egypt, he even levelled accusations of complicity. Those who said nothing about the military coup and the dismissal and arrest of elected President Mohammed Morsi are "just as guilty" as those who actually perpetrated the coup. "You stayed silent on Gaza, on Syria and now on Egypt. How do you get to talk about democracy, global values human rights?", he thundered. However, he has also alienated several Gulf states which support the army in Egypt but which are also important trading partners for Turkey. If Erdogan continues in this vein, the political stability of Turkey would be threatened, warned political scientist Hüseyin Bagci from the Middle East Technical University in Ankara in the Today's Zaman newspaper.

But Erdogan refuses to be swayed by criticism - and has now also started hitting out at Islamic countries that have aided the military in Egypt. "God will shame those in the Islamic world who betrayed their brothers and sisters in Egypt," he said. He did not mention any countries by name. Saudi Arabia and Qatar can be counted among the supporters of the Egyptian armed forces, however - the same two countries on whom Turkey and NATO are dependent in the Syrian conflict because they are seen as being opponents of Assad. The Turkish military wants to hold discussions in Jordan this week on a way forward, together with generals from other NATO countries and representatives of Saudi Arabia and Qatar. 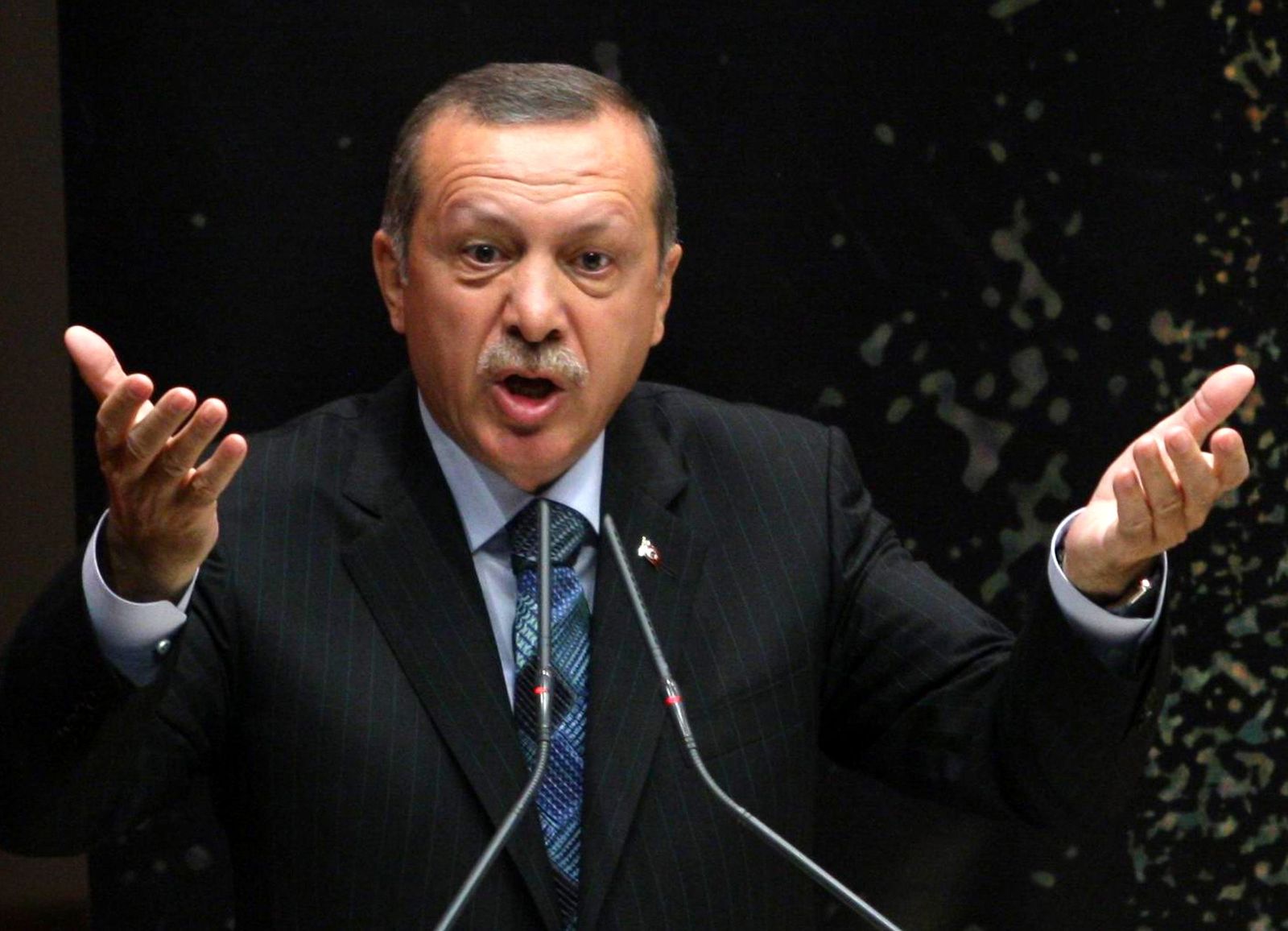 Turkish Prime Minister Erdogan: "How do you get to talk about democracy, global values human rights?"