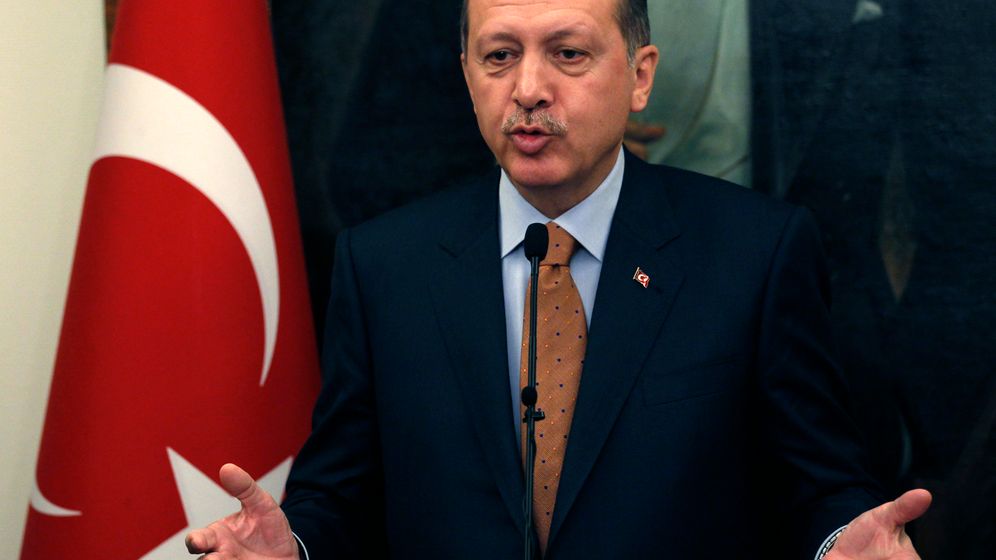 If one were to describe the current mood in Turkey in one word, it would be pride. Once decried as the "sick man of the Bosporus," the nation has regrouped and emerged as a powerhouse. Turkey's political importance is growing, and its economy is booming.

In cultural matters, however, Turkey remains a lightweight. To right this deficiency, the government plans to build a 25,000-square-meter (270,000-square-foot) "Museum of the Civilizations" in the capital. "Ankara will proudly accommodate the museum," boasts Minister of Culture and Tourism Ertugrul Günay. "Our dream is the biggest museum in the world."

And why should Turkey be modest? Isn't Anatolia home to the most magnificent ruins in the entire world? Even so, it must be noted that the Turks themselves can claim little credit for their archeological treasures. Their ancestors, the Seljuks, only arrived from the steppes of Central Asia in the 11th century. Christian Constantinople, now known as Istanbul, fell in 1453.

Before then, however, Hittites, Greeks, Romans and Byzantines had built enormous palaces, monasteries and amphitheaters in the region. Whether it was Homer, Thales or King Midas -- they all lived on the other side of the Dardanelles.

When the new Muslim masters took over, the region's illustrious past faded into obscurity. The water-pipe-smoking caliphs were more concerned with pursuing their own interests.

But things are different in modern Turkey, and the country is embracing its heritage. A powerful antiquities bureaucracy has grown up in recent years. Throughout the country, Turkish archeologists are excavating Stone Age sanctuaries, Greek theaters and ancient churches.

Robbed of Its Treasures

Turkey envisions the giant new museum in Ankara as the crown jewel in its effort to embrace a multicultural past. Contracts for the project have already been signed, and organizers hope to open the new museum in 2023 so as to coincide with the 100th anniversary of the Turkish Republic.

The assertive and ambitious plan has caused a stir in Europe and the United States since Turkish officials also intend to fill their new display cases with treasures that they don't even own (yet), artifacts that were smuggled out of the country long ago.

Turkey, more than other countries, has lost many of its ancient treasures to thieves and blackmarketeers. Although the Ottoman Empire imposed a ban on the exportation of antiquities in 1906, a well-organized local mafia has continued to wreak havoc in Turkey.

For example, in the early 1960s, among the remains of the ancient city of Boubon in southwestern Turkey, thieves discovered a Roman temple filled with more than 30 life-size bronze imperial statues. It would have been a global sensation -- but the public never saw the statues. Instead, unbeknownst to the authorities, they all vanished into the voracious pipelines of the global antiquities trade.

Now Turkey is striking back. It wants these wrongs to be righted. An investigative committee in Ankara was recently reinforced with legal experts to wage what has been dubbed an "art war." The country has set itself "on a collision course with many of the world's leading museums," writes the British trade publication The Art Newspaper.

Berlin's Pergamon Museum has already felt the brunt of Turkey's new toughness. Last year, the museum returned a stone sphinx to Turkey. Almost 100 years ago, the figure arrived in pieces in Berlin, where it was painstakingly restored.

As if that weren't enough, the Prussian Cultural Heritage Foundation, which administers Berlin's state museums, now admits that it has also received other demands.

For instance, Turkey is demanding the return of a more than 2,000-year-old marble torso ("Old Fisherman from Aphrodisias") from the antiquities collection. It also wants the Museum of Islamic Art to return the ornamental structure of a Medieval tomb, as well as a prayer niche from Konya, a city in central Anatolia, that adorned a 13th-century mosque.

No one is willing to comment on the exact status of the negotiations. Or, rather, all they will say is that the objects in question have been in Berlin for more than a century. For now, at least, repatriation has been rejected.

According to a brief statement, Theodor Wiegand, who would later become the museum's director, bought the statue of the fisherman from an art dealer in Izmir in 1904. Demanding the return of such objects, says one insider, is "absurd."

American Museums in the Crosshairs

The conflict is bound to become heated given the Turks' brusque and unrelenting behavior. "We don't want a dispute," says Culture Minister Günay. Nevertheless, he is threatening to impose a ban on loaning items to German museums and to expel foreign excavation teams if his request is ignored.

American museums are in a particularly tough position. Their curators have been relatively cavalier about acquiring works from shady dealers without digging too deeply into the antiquities' provenance. Now it's time to atone for those sins:

The J. Paul Getty Museum in Los Angeles is being asked to surrender 10 of its most beautiful artifacts.

The Cleveland Museum of Art has 22 disputed objects, including "The Stargazer," a 5,000-year-old Cycladic marble figurine once owned by Nelson Rockefeller, as well as one of the oldest statues of Jesus Christ, which depicts him as a "good shepherd."

The campaign is getting a boost from support at the highest level. When Turkish Prime Minister Recep Tayyip Erdogan visited the United States last year, he returned home with the "Weary Hercules" in his luggage. Under great pressure, the Boston Museum of Fine Arts had decided to return the 1,900-year-old marble statue.

Nothing is known about the details of the deal. All the museums have been tightlipped about the deal, which was negotiated behind closed doors.

The Metropolitan Museum of Art in New York initially denied that it was even affected. It was only a blog called "Chasing Aphrodite" that brought to light the extent to which the Turkish repatriation committee had pursued America's biggest temple to art.

There are 18 disputed pieces at the Met, including a gold statue of a goddess and silver, animal-shaped vessels from the Hittite Empire. They are from the collection of Norbert Schimmel, a millionaire and museum trustee who died in 1990. He once admitted that his passion for collecting "borders on madness."

As a precaution, the Met beefed up its legal department and wrote a letter to Erdogan.

The Louvre in Paris is also fighting back. It refuses to relinquish a collection of colorful tiles from the mausoleum of Selim II (who died in 1574). One of the sultan's dentists had acquired the precious tiles in the 19th century "in good faith," as the French are claiming.

The Turks, for their part, say that the dentist was a swindler. In retaliation, they have revoked their adversary's most important excavation license. Now French archeologists are no longer permitted to work at the Xanthos UNESCO World Heritage Site, which is a serious setback.

Is this fair? Critics are openly airing their displeasure with Turkey's behavior online. Instead of lodging complaints, they argue, Turkey ought to return the Obelisk of Theodosius, which stands in Istanbul, to Egypt.

Indeed, the Ottomans themselves weren't squeamish when it came to appropriating cultural goods. They stole artifacts in Mecca and allowed a private British citizen to pry away the frieze from the Parthenon in Athens -- in return for a lot of money. During the Turkish invasion of northern Cyprus in 1974, the occupiers emptied out entire museums.

"The Turks are too determined to depict themselves as victims of cultural oppression to accept that foreign museums and archaeologists have also played a part in saving their treasures," the Economist wrote in May. For example, when the German archeologist Carl Humann entered the majestic ruins of Pergamon in 1864, he saw large numbers of lime kilns in use. Workers were smashing ancient marble columns and throwing the pieces into the fire. After reaching a deal with the Ottoman government, he then brought the Pergamon Altar back to Berlin to be the centerpiece of a museum of the same name. But Turkey has long called for its repatriation.

Other questions include: How much of a moral right do the Turks have to repatriation? And how well-documented are their ownership claims?

The British Museum has already decide not to give in to Turkey's demand for the repatriation of the Samsat Stele. Archeologist Leonard Woolley discovered the stone tablet with a farmer in 1911. He later took it with him to Syria, where the authorities issued him the necessary export permit.

At the time, Woolley felt that he was doing a noble deed, and that he had in fact rescued the heavy stone tablet. The farmer had been using it as an olive press.