This Wednesday marked the eve of the 99th anniversary of the 1915 mass killings of Armenians by Ottoman soldiers. To mark the occasion, Turkish Prime Minister Recep Tayyip Erdogan recognized the suffering of those killed in a statement that has been praised by some and criticized by others.

Contrary to the position of many historians, Turkey recognizes the 1915 deaths of the Armenians -- which took place during the break-up of the Ottoman Empire -- but refuses to accept that they amounted to genocide. "There can be no talk of genocide against the Armenians," Erdogan told SPIEGEL in a 2010 interview.

The issue has been the source of repeated tensions between Turkey and the international community, particularly in 2012 when the French government passed a bill making it a crime to deny the Armenian genocide -- legislation later overturned by the Constitutional Court in Paris.

In an interview with SPIEGEL, Hayko Bagdat, a 38-year-old Turkish-Armenian journalist, discusses the significance of Erdogan's statement.

SPIEGEL: Mr. Bagdat, 99 years after the mass murder of Armenians in the Ottoman Empire, Turkish Prime Minster Erdogan spoke of their "suffering." Was this the right step?

Bagdat: It's at least a good start that will allow us Turks to begin a new discussion about the genocide. For 99 years, it has been of vital national interest in Turkey to deny the genocide and, thus, to protect a crime. This policy of denial affects not only the Armenians. For decades, people in our country were tortured, executed and expelled, and no one was allowed to speak about it publicly.

Bagdat: Of course, no one expected anything else. But even if he had used it: What meaning does a word like that have if Turkish society isn't convinced of it? It takes more than a government to confront a country's past. It also requires the participation of the media, academics and the people.

SPIEGEL: Does Erdogan really feel empathy toward the victims or is this merely about the politician himself, his image and an attempt to gain recognition?

Bagdat: Every government acts in a calculated manner -- why else would a person like US President Barack Obama refuse to speak of genocide? Erdogan also pursues his own interests, but that doesn't change the fact that his statement of condolence is a fundamentally positive thing.

SPIEGEL: Could this help bring about an end to the animosities between Turkey and Armenia?

Bagdat: Both countries are still far from a normalization of relations, not to mention reconciliation. We have been working to put the Armenian matter on Turkey's agenda for a long time and we will continue to do so. 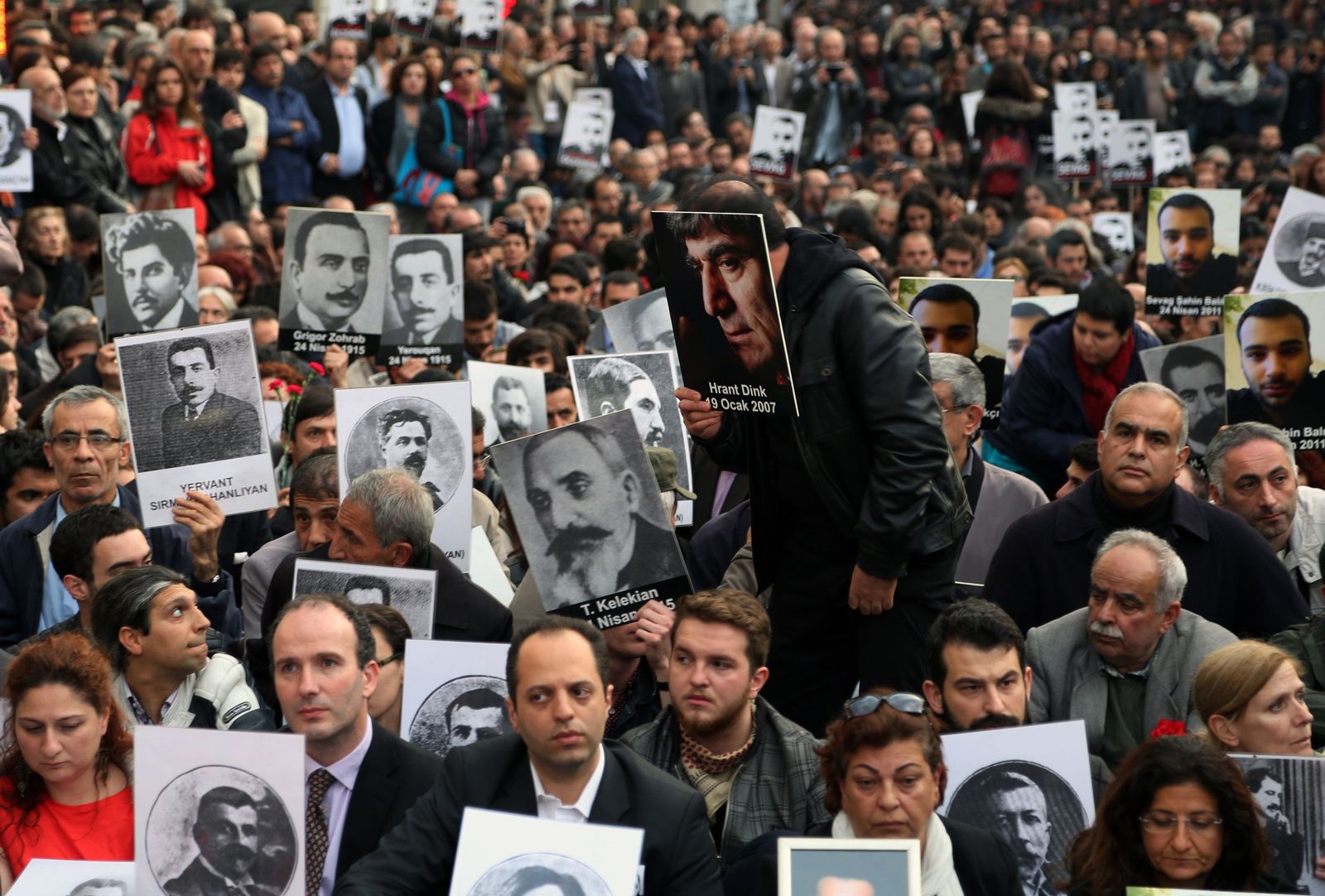 Turkish and Armenian activists gather to protest the deaths of Armenians on the 99th anniversary of the mass killings.