First things first: Yvo de Boer's resignation as head of the UN Climate Change Secretariat has nothing to do with the scandal over climate scientists' stolen e-mails or errors in the IPCC's final report. The Dutchman is leaving because the climate change summit in Copenhagen did not live up to his expectations, even if he won't say so directly. Future arduous negotiations will now be dealt with by someone else. In theory this could be an opportunity but, in reality, it may well be a problem.

"Copenhagen wasn't what I had hoped it would be," said de Boer, immediately after announcing his resignation on Thursday. He then added, in typical diplomatic fashion, that December's summit had produced a "pretty solid foundation for the global response that many are looking for."

In reality, the 55-year-old was only able to play a minor role at the high-profile meeting in the Danish capital. The global leaders who arrived en masse for the summit made little use of his negotiating skills. It was up to the world's most powerful players to hammer out a deal. Though, in the end, they opted to more or less maintain the status quo.

In the wake of the failed summit, the UN has to ask itself whether it is an effective forum for global climate protection. And that awkward question can't have been to the taste of de Boer, who had spent months campaigning for a comprehensive climate deal in countless one-to-one talks, discussions and press conferences. "He had regarded Copenhagen as the crowning moment of his career," Christoph Bals of the environental lobby group German Watch told SPIEGEL ONLINE.

"If you want someone to sit in Bonn and keep his mouth shut then I'm not the right person for the job," de Boer warned the then UN chief Kofi Annan ahead of his appointment. That was not what Annan wanted -- and the Dutchman was able to make his mark on the office. Observers of the climate discussions unanimously praised how he used both his powers of argument and emotions to serve his cause. Emphatically, the diplomat's son sought to represent the interests of industralized and developing countries equally.

De Boer led the UN climate office for nearly four years. So his departure isn't entirely surprising -- though its timing is. The trained social worker's contract was slated to run out in September. He could have had it extended, if he wanted to. But for some time, de Boer had hinted that he didn't want to do the job forever. In the future, he plans to work for the consultancy group KPMG and teach at several universities.

He will be a hard act to follow. "His outspoken style brought him criticism, but that candor brought life to the negotiation process," says Rebecca Harms, a Member of the European Parliament for the German Green Party. "Yvo de Boer was the helmsman of the climate process. Going forward, we also need that type of person," Martin Kaiser of Greenpeace told SPIEGEL ONLINE.

Barbara Lueg of the WWF wants to see "an orderly transition -- so that the climate negotiations in 2010 can be successful." That seems like wishful thinking. The climate summit in Cancun at the end of 2010 will have enough on its plate just cleaning up the mess left by Copenhagen.

The new UN climate chief will have to "mediate between the industrialized and emerging countries," says Greenpeace's Kaiser. De Boer's successor will face an "mammoth task," he continues. Insiders consider it unlikely that a German could succeed the Dutchman. The UN climate office sits in Bonn and the UN rarely chooses a candidate from the host country to head an organization. The last three holders of the job were from the Northern Hemisphere and now the many southern member states are pushing for one of their own to fill the position.

De Boer says that he's vacating his post early to ensure that his successor has time to learn the ropes before the Cancun summit. "He chose a good time to leave," says Kaiser. But who will succeed him? It will be down to UN General Secretary Ban Ki-moon to make that decision. Although he once proclaimed that climate change was one of his top priorities, he has done little if anything to push forward the issue since taking office.

Those listening to Ban describe the recent summit in Copenhagen, might have been forgiven for doubting his grip on reality. He praised the "agreement of Copenhagen" and said that his basic requirements had been fulfilled by the summit. Now the bland South Korean faces the tricky task of finding a suitable candidate for the job.

Still, some trust him to make the right decision. At least Ban is open to advice and has enough time before de Boer departs, the argument goes. But, as Bals of German Watch says, "the risk remains that the states will settle on a bland, compromise candidate." 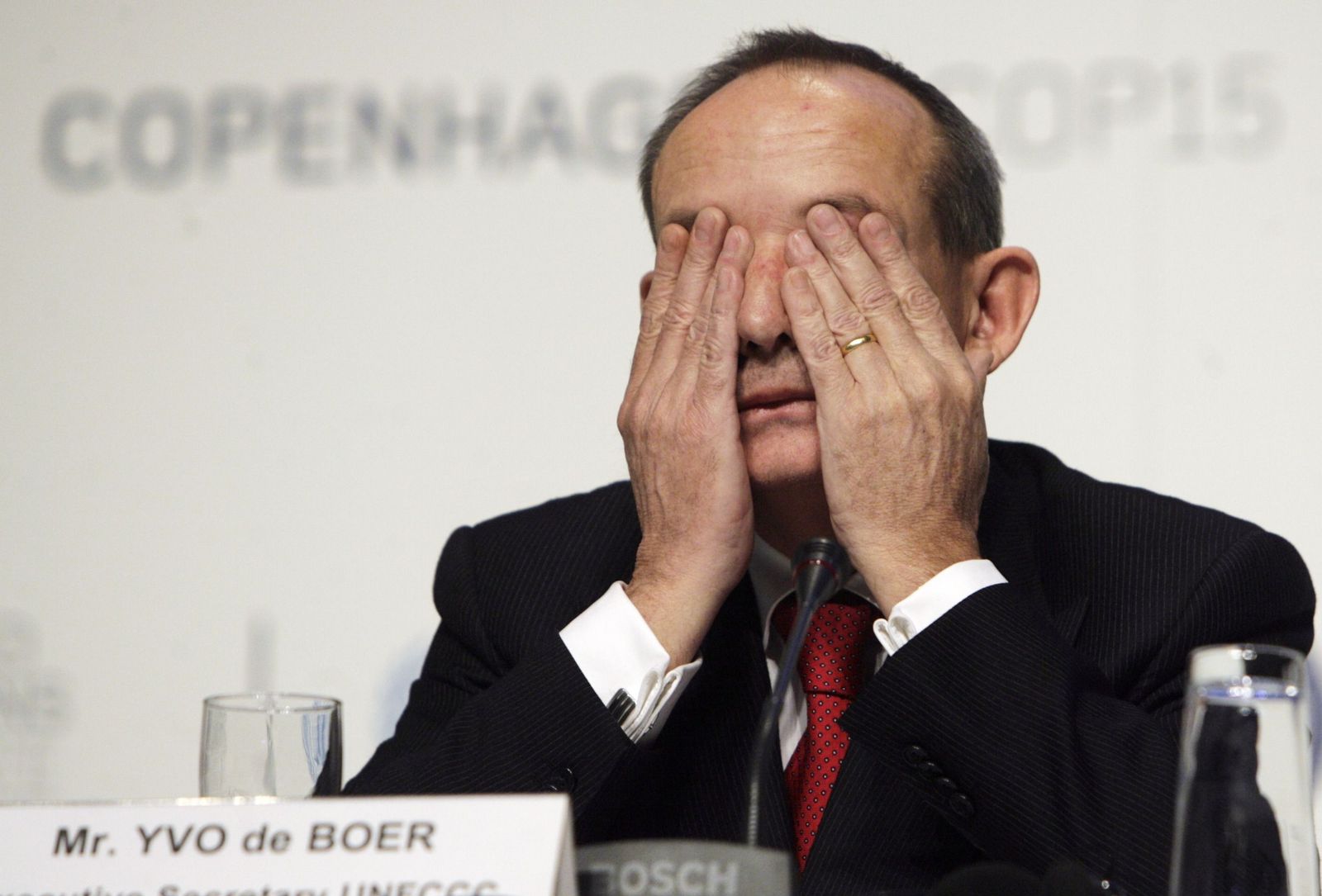 "Copenhagen was not what I had hoped for," said Yvo de Boer about the 2009 Climate Change Conference.