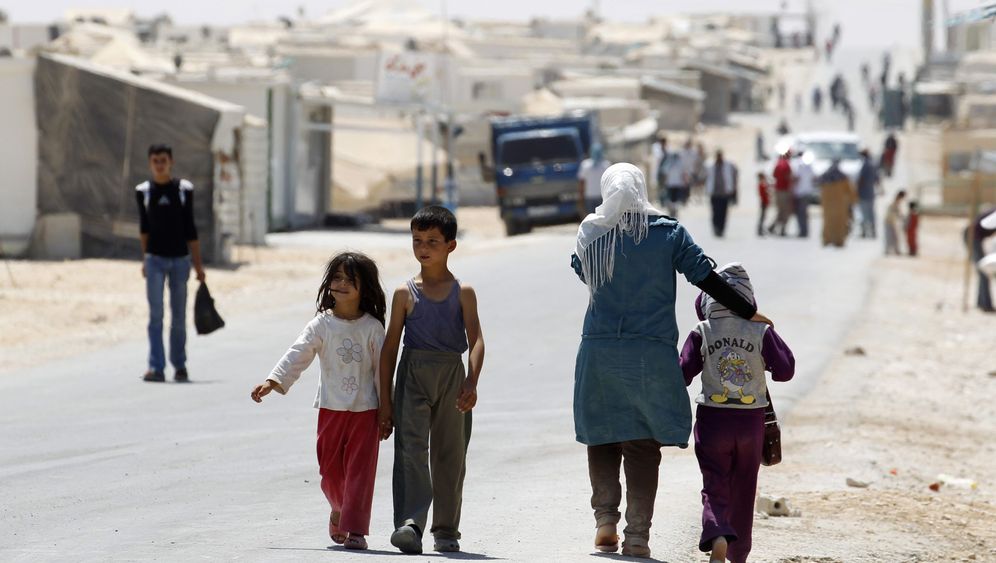 Two million Syrians have sought refuge abroad since the civil war there began in 2011, the United Nations said Tuesday, stretching the resources of neighboring countries to their limits.

A report by the UN Refugee Agency (UNHCR) said nearly 5,000 Syrians are crossing the border into neighboring countries every day. More than half the total refugees are children.

Particularly alarming is the rapid rate at which the number of Syrian refugees is growing. The total numbers have doubled in the last six months, and increased almost tenfold in the past year. Another 4.25 million people have been displaced within Syria because of the conflict.

Lebanon has accepted the highest number of Syrian refugees, at about 720,000. It is followed by Jordan with about 520,000, Turkey with 464,000 and Iraq with 172,000. Ministers from those four countries were due to discuss the crisis with the UNHCR in Geneva on Wednesday.

European Commissioner for Humanitarian Aid Kristalina Georgieva called the two million mark an "appalling milestone." She said in a statement that "with violence becoming ever more ferocious, brutal and inhumane, the tide of refugees is bound to continue to rise."

The numbers come ahead of a meeting of the Group of 20 industrialized and developing countries on Thursday and Friday in St. Petersburg, where the Syrian conflict was expected to dominate behind-the-scenes discussions.

Russia and China have thus far blocked all efforts in the UN Security Council to hold the Syrian government responsible for atrocities committed in the war. German Chancellor Angela Merkel on Tuesday criticized the two countries' "very harsh stance" on Syria, and said her government would "do everything possible ... to find a common answer in the international community."

Speaking to German lawmakers in their last debate before elections next month, Merkel also said there was "no doubt" that the apparent chemical weapons attack outside Damascus on Aug. 21 was a "blatant violation of human rights." However she avoided directly blaming the Syrian government for the attack -- something which the United States, France, Britain and Turkey have all done. France and the US are still considering a potential military intervention in Syria.