The European Union's 27 foreign ministers agreed on Monday morning to step up their efforts in the ongoing conflict with Iran over its nuclear program, reaching consensus on an oil embargo and on the freezing of bank accounts.

The embargo, set to go into effect on July 1, will be preceded by a transitional period. Meanwhile accounts in the EU belonging to the Central Bank of Iran will be frozen in attempt to hinder the country's nuclear program financing.

"I think this shows the resolve of the European Union on this issue," said British Foreign Secretary William Hague after the meeting, adding that the oil embargo was part of "an unprecedented set of sanctions."

Further details of the sanctions include an immediate embargo on fresh crude oil and petroleum contracts, with those already underway allowed to run until July.

Though Iran claims its nuclear program has only peaceful aims, increased fears that Tehran could be trying to create atomic weapons have led to an escalation in tensions.

Ahead of Monday's meeting, German Foreign Minister Guido Westerwelle said that the EU had "no other choice than resorting to new sanctions that will dry out the financial sources for the atomic program."

Swedish Foreign Minister Carl Bildt said that sanctions alone are not the only solution, but added they were necessary to encourage diplomatic negotiations. Both Bildt and Hague said they were convinced Iran would not try to block the strategic Strait of Hormuz. In recent days Tehran has signaled that tensions might be easing despite the US military's increased presence in the region.

In what was reportedly a routine operation, the US Navy sailed an aircraft carrier through the strait and into the Persian Gulf on Monday without incident. Meanwhile, a top Iranian official reiterated the country's threats to close the waterway, through which about one-third of the world's oil is transported.

"If any disruption happens regarding the sale of Iranian oil, the Strait of Hormuz will definitely be closed," deputy head of parliament's foreign affairs and national security committee, Mohammad Kossari, told the Fars news agency.

Another senior Iranian politician and former intelligence minister, Ali Fallahian, said Iran should halt crude oil exports to Europe instead, causing price increases and complicating their plans to find new supply sources. "The best way is to stop exporting oil ourselves before the end of this six months and before the implementation of the plan," Fallahian told Fars. 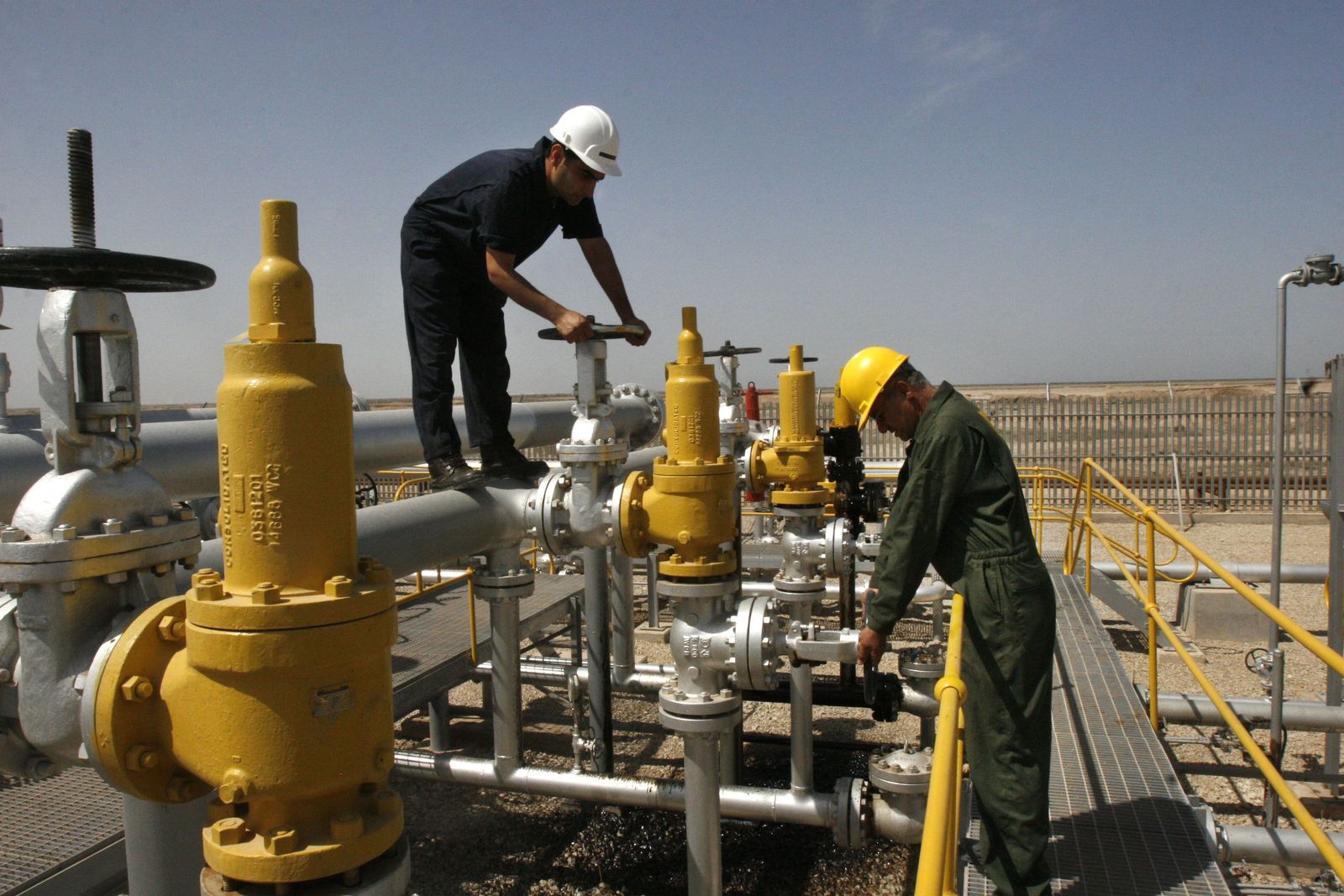 Oil workers at a refinery in Iran.