On August 15, as India celebrated the 70th anniversary of its independence, 15-year-old Yasir Salaam Sheikh was playing with friends in the streets of his neighborhood. Sheikh lived in Kashmir, the contested region nestled between India and Pakistan and on that summer evening, the government had once again imposed a strict curfew on his district.

That didn't stop the young man from walking around 300 meters over to a group of young men who were protesting for Kashmir's independence in the capital city of Srinagar. They were part of an uprising that has been raging there for weeks, with the streets of Kashmir resembling a war zone for some time now. Shops, schools, government and private offices have been closed, and traffic has been ground to a halt by barbed wire barricades. Internet service has been cut and access to telephone networks limited.

Hospitals have also declared a state of emergency in response to the rising number of casualties, with thousands having been injured and more than 70 killed. One of those was 15-year-old Yasir Salaam Sheikh. 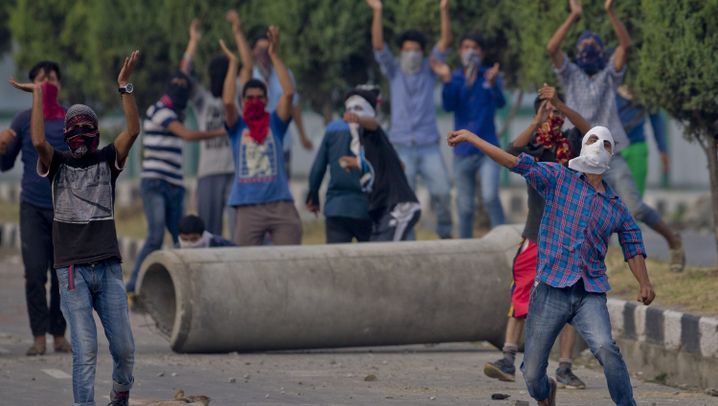 To quell the demonstrations, security forces have been firing tear gas and pellet guns at protesters. Like shotguns, they project hundreds of shrapnel-like pellets that can cause serious injuries and even death if improperly used.

On August 15, one of the pellets pierced Sheikh's heart. He died on the way to a nearby hospital. A group of people later brought his body to his father.

His father, Abdul Salaam Sheikh, 52, said that his son stood for Kashmir's freedom. He told his relatives over the phone that his son had become a martyr, that he had sacrificed his life for independence. But he was also his son, the very one he had been playing chess with only hours before he was killed.

"He would always say that he was unarmed, but they shot at him anyway," said Salaam. "He didn't understand why we were being treated like this. Had nobody told the Indians that there are protests all over the world, but that nobody shoots pellets at people?"

Used properly, security officials are only supposed to aim below the knees when firing pellet guns. Yet because some aren't adhering to that rule and are instead firing at the upper body and the head, they have become fatal. More than 500 people have already been struck in the eye by pellets and a few have been blinded as a result.

The new generation of Kashmiris is ready to face the bullets, Sheikh once told his father. "We have to keep fighting until we're free," he told him. "If we go out to protest, the soldiers won't be throwing flowers -- they'll shoot us."

His father, who works as a carpenter, remains determined. He said he's only been able to work for a total of six days since the uprising began. "I don't regret that my son has been killed or that I have lost so many days of work," he said. "All this is the sacrifice we make for the larger political goal: freedom."

Soldiers are stationed all over to enforce the curfew, and this in a region that is already highly militarized. Around half a million soldiers are stationed in Kashmir. For decades, the region has been at the center of the ongoing conflict between India and Pakistan, both nuclear powers, and they have already waged two wars over Kashmir.

Shortly after India and Pakistan gained independence from Britain in 1947, the former princely state of Jammu and Kashmir joined the Dominion of India. Pakistan never accepted its annexation and today, both India and Pakistan as well as China have claims on either parts or all of Kashmir.

Although the United Nations Security Council passed a resolution in 1948 calling for the Kashmiris to hold a referendum determining which country they wanted to join, it was never implemented. Instead, Kashmir was divided. The southern part has become the Indian state of Jammu and Kashmir, and the north is under the administration of Pakistan. The conflict over independence continues to simmer among residents of Jammu and Kashmir today.

The latest uprising began on July 8, when popular rebel commander Burhan Wani was shot and killed by Indian special forces. He had succeeded in mobilizing many young people using social media. Even weeks after his death, violence continued to flare up repeatedly.

The government in Pakistan has taken advantage of the tense situation in order to wage diplomatic warfare against India. Last month, Pakistani Prime Minister Nawaz Sharif declared Wani a martyr and called for the entire country to pray in his memory. Pakistan also raised the issue at the United Nations, but India refused to tolerate what it called "interfering" with the country's "internal issues." As tensions grew, the United Nations High Commissioner for Human Rights stepped in and called on the countries to allow fact-finding missions into the region.

Meanwhile, Indian Prime Minister Narendra Modi has been unwilling to hold talks with local pro-independence groups, who she accuses of having fomented the uprising. But without a dialogue, the anger among protesters will only grow.

Perhaps the world's silence has made these young men even more aggressive.

Each day, dozens of new patients require treatment in hospitals. On September 4 alone, around 600 people were injured within 24 hours. Many young men at a hospital in Srinagar wear eye patches after having undergone operations to have pellets removed. Among them is 18-year-old Zubair Dar. He said he blacked out the moment the pellets struck his body. "I don't remember anything up to the point when I found myself on a hospital bed," he said.

It takes hours to remove the pellets from a person's eye, and additional operations are necessary in order to restore whatever vision is still possible. Despite the outcry from human rights organizations over the use of pellets, the Indian government continues to deploy them.

Still, the Indian government's crackdown has done nothing to quash the rebels' ire. Many of the boys are waiting to be discharged from the hospital in order to return to their hometowns and resume the fight. In villages and towns across Kashmir, the word azaadi, or freedom, reverberates every day. And thousands continue to attend protests -- even though they risk death by participating, as Sheikh did.

Fahad Shah is an independent journalist and founder of the magazine The Kashmir Walla. He studied journalism in Kashmir and London and writes for Foreign Affairs, The Diplomat and the Christian Science Monitor. He also published a collection of writings called, "Of Occupation and Resistance: Writings from Kashmir." 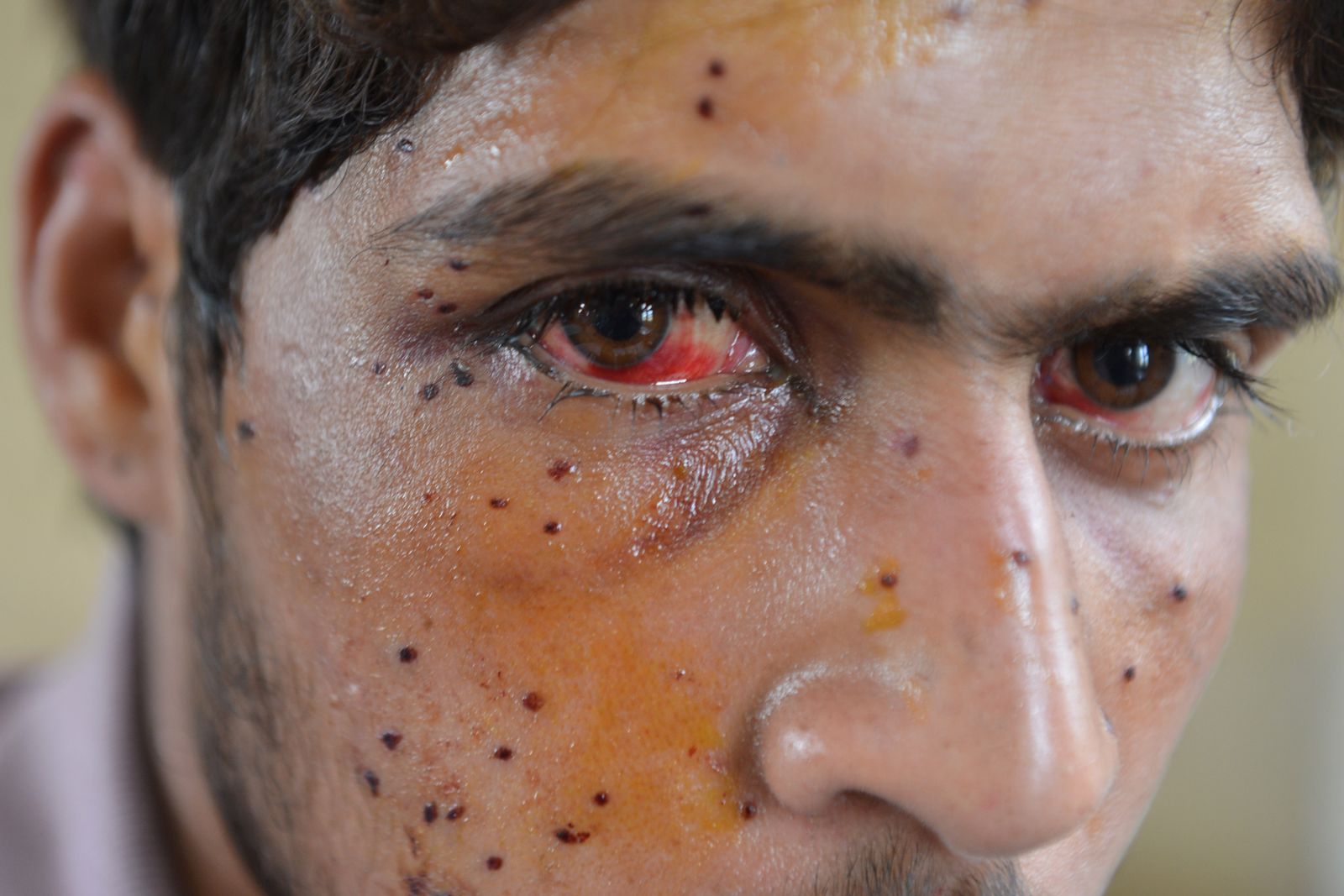 A wounded Kashmiri in Srinagar 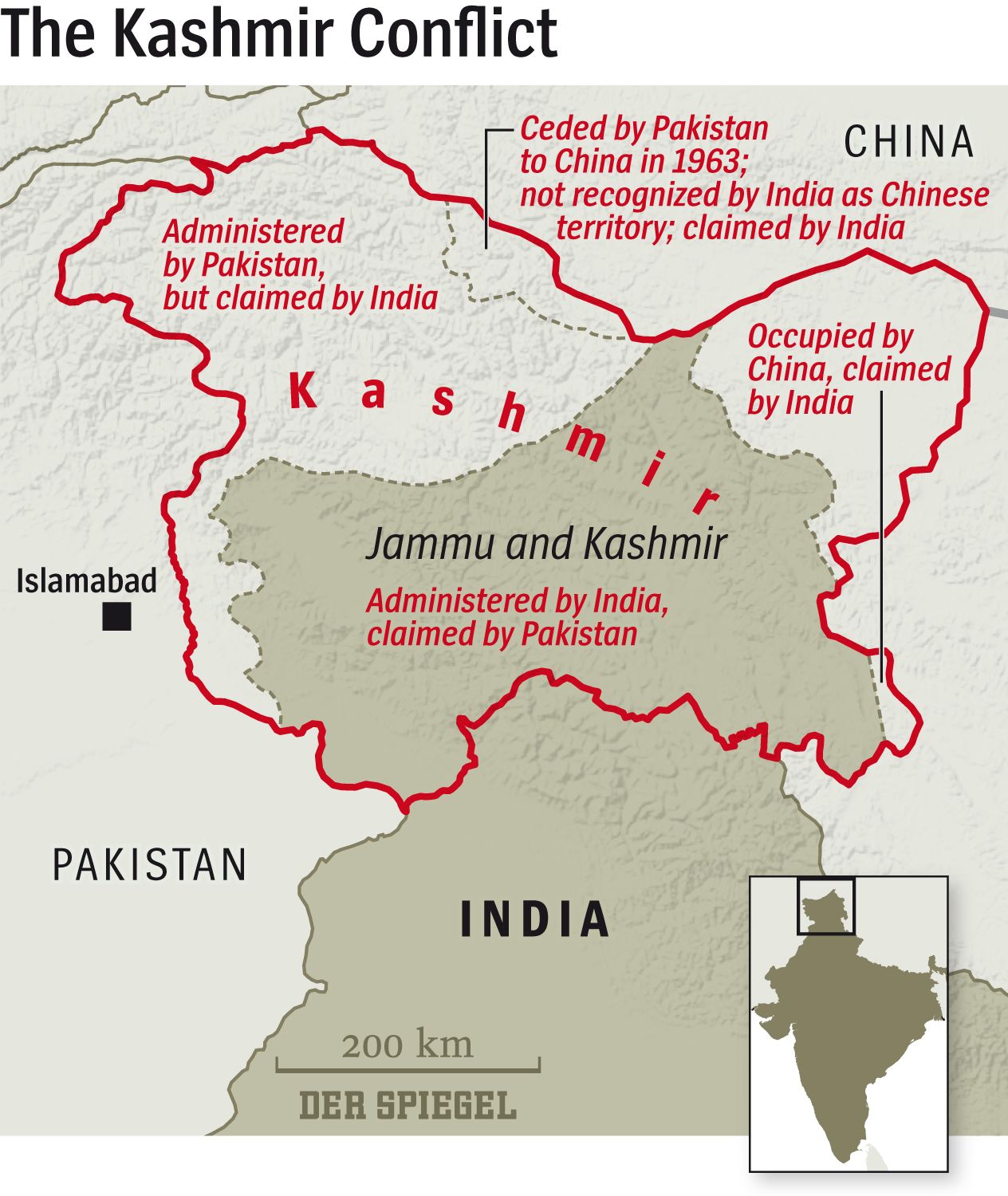