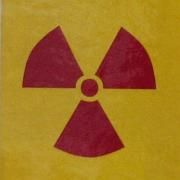 Diplomats say uranium traces have been found at a suspected secret nuclear reactor in Syria.

Diplomats in Vienna have revealed that samples taken from a suspected secret nuclear reactor in Syria contained traces of uranium combined with other elements that diplomats say merit further investigation.

Officials in the United States also believe the site, which was hit by Israeli bombers in September 2007, was a nearly completed nuclear reactor capable of producing plutonium, a pathway to nuclear arms.

Damascus has repeatedly insisted that it has no nuclear weapons program, and there was no immediate response from Syria Tuesday about the news of the alleged uranium find.

The suspected nuclear material uncovered at the site was processed, not raw, which suggested some kind of nuclear link, diplomats based in Vienna, where the the UN's nuclear watchdog, the International Atomic Energy Agency (IAEA) has its headquarters, told news agency AP, speaking anonymously on Monday.

It was a significant discovery when placed alongside an earlier find of traces of elements in oil and air samples taken by International Atomic Energy Agency (IAEA) inspectors in June, the diplomats said.

Chief United Nations nuclear inspector Mohamed ElBaradei said Tuesday his agency was taking the allegations of a clandestine weapons program very seriously, although he declined to confirm whether uranium had been found in environmental samples from the site.

ElBaradei, head of the Vienna-based International Atomic Energy Agency (IAEA), further urged Damascus to cooperate with the body's investigation and called on other nations with information to come forward.

"We Do Not Have any Nuclear Intention"

The findings are expected to be presented in a report on Syria to be given to the IAEA's board next week ahead of a meeting set to start at the end November, they added.

The discovery of uranium is the latest revelation in the IAEA's probe into the site close to the Euphrates River and the Iraqi border. UN inspectors said last month they had turned up traces of elements in air and soil samples which they felt also needed further investigation.

It will provide fresh impetus for the nuclear watchdog to continue investigations after initial tests in June by a team of inspectors proved inconclusive, which made Damascus more vociferous in its claims that the IAEA probe was unnecessary.

Syria has a rudimentary, declared nuclear program, involving research and the production of isotopes for use in medicine and agriculture, but has repeatedly insisted it has no ambitions to develop a nuclear arsenal.

In an interview with SPIEGEL ONLINE published on Monday, Syria's Foreign Minister Walid al-Moallem again made it clear the state's nuclear ambitions did not go beyond these modest aims.

"We assure the world that we do not have any nuclear intention, no intention to build a nuclear military capability," he said.