SPIEGEL ONLINE: NATO air strikes called in by German commanders have reportedly killed dozens of civilians in Afghanistan. Do you think this will generate more support for your antiwar movement?

Tom Hayden: This incident will cause even greater opposition in Germany, where 70 percent of the population is already opposed to the fighting in Afghanistan. NATO's policy is unsustainable -- but the drive to escalate and to not appear to be losing is very powerful among politicians, including German ones. But our protest movement is becoming more vocal day-by-day, above all in the United Kingdom, Canada and Germany. I spoke in Berlin and Heidelberg during the Iraq war, and I expect to be back.

SPIEGEL ONLINE: As a veteran of the protests against the Vietnam War, you know a lot about public resistance, and now you're promising a "storm of protest" against the US war in Afghanistan. What will that entail?

Hayden: The emotion that people are feeling is deep disappointment over the Afghanistan policy of Barack Obama and the US Congress, which now registers as a surprising 70 percent disapproval rate for the war among Democrats. Doubt will turn into dissent; it will manifest in congressional districts. The Democrats will find it hard to ignore their base. The slightest loss of support from the 2008 antiwar base will be very threatening to their electoral success.

SPIEGEL ONLINE: How many activists have you succeeded in mobilizing so far?

Hayden: Change moves slowly, except when it moves very rapidly. A few traditionalists will march on Predator (drone) launch sites or on the White House gates. But this is deeper; it's about people expressing deep disillusionment after so much euphoria over Obama's election a short time ago.

SPIEGEL ONLINE: Why is this disillusionment already so deep?

Hayden: Obama is caught between the social movements that made his presidency possible, including the anti-Iraq-war movement, and the Machiavellians, who are accustomed to running everything with little or no interference from the voters.

SPIEGEL ONLINE: You seem to be saying that Obama should be careful about taking the support of the left for granted. How are you planning to remind him of that?

Hayden: We are currently organizing in about 75 congressional districts, where people still hope the president listens. The dissent in 75 districts will turn into 150 and keep growing when next year's request for war funding is presented in January. At this point, we have a unique situation in which huge numbers of people want Obama and the Democrats to succeed domestically -- but will not be silent about the war.

SPIEGEL ONLINE: There is much more debate now about the objectives of the mission in Afghanistan.

Hayden: It is growing on its own, partly as a continuation of the antiwar consciousness that arose during the (George W.) Bush years. American casualty rates are higher than ever because of the fighting in southern Afghanistan, in Kandahar and Helmand. August was the deadliest month ever for US troops (in Afghanistan).

SPIEGEL ONLINE: Still, the president might decide to send even more troops.

Hayden: The generals can't stop themselves from wanting more troops. That is happening even though it is now clear that we are fighting for a kind of Frankenstein client in Kabul -- Afghan President Hamid Karzai -- whom we created ourselves.

SPIEGEL ONLINE: Prominent voices on the right, including columnist George Will, have now joined the chorus of people calling for a withdrawal. Does that help your protest movement?

Hayden: George Will seems to want the "white man's burden" continued by men with darker skin. His proposal to keep killing from offshore makes no sense, but it begins to rattle the Republican bloc. More important is the fact that Richard Haass, the head of the Council on Foreign Relations, has written in the New York Times that Afghanistan is not a "necessary war," thereby challenging the premise of the Democrats.

SPIEGEL ONLINE: It's also the premise of President Obama, who uses that phrase often.

Hayden: I believe the "necessity" in question has been a political necessity among Democrats who fear being perceived as soft on terrorism.

SPIEGEL ONLINE: As a veteran of the anti-Vietnam War protests, do you see parallels to the current debate on Afghanistan?

Hayden: In both cases, the US has profoundly underestimated the force of nationalism, seeing everything in terms of communism then and terrorism now. Escalation was always chosen in order to not lose. 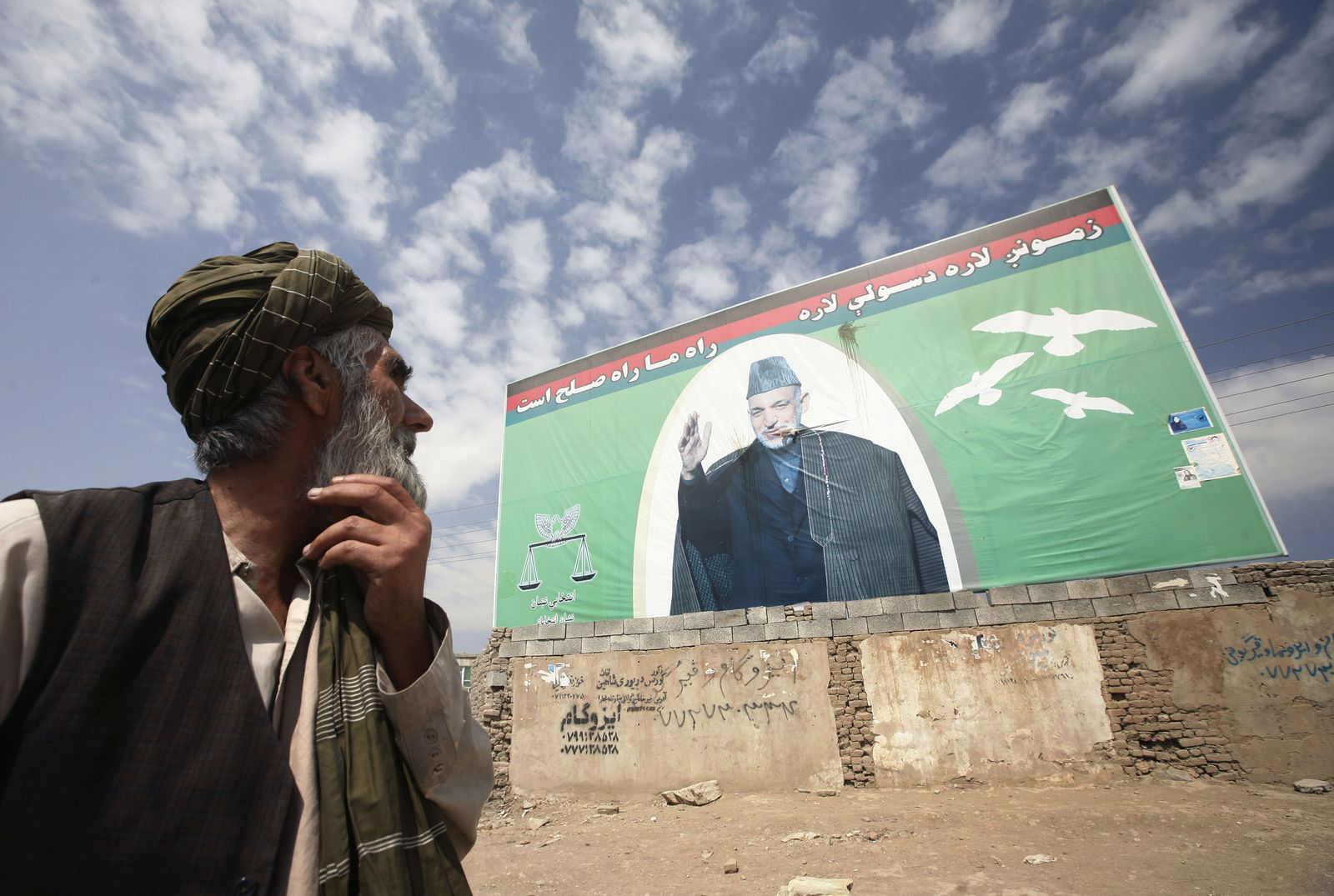 Hayden: 'It is now clear that we are fighting for a kind of Frankenstein client in Kabul -- Afghan President Hamid Karzai -- whom we created ourselves.'