The US has finally voted and the dark visions of America's future broadcast on television screens across the country -- and most intensively in battleground states -- have come to an end. Supporters of both Barack Obama and Mitt Romney had developed doomsday scenarios for what would happen if their candidate's opponent were to win. Four more years of Obama, the ads warned, would result in pure socialism. A Romney presidency would see the middle and lower classes brutally exploited.

But following Obama's re-election, Americans are now facing a different, much more real horror scenario: In just a few weeks time, thousands of children could be denied vaccinations, federally funded school programs could screech to a halt, adults may be forced to forego HIV tests and subsidized housing vouchers would dry up. Even the work of air-traffic controllers, the FBI, border officials and the military could be drastically curtailed.

That and more is looming just over the horizon according to the White House if the country is allowed to plunge off the "fiscal cliff" at the beginning of next year. Coined by Federal Reserve head Ben Bernanke, it refers to the vast array of cuts and tax increases which will automatically go into effect if Republicans and Democrats can't agree on measures to slash the US budget deficit.

In total, the cuts add up to $1.2 trillion over the next nine years, with half coming from the military and half from other government programs, and with $65 billion coming in the first year alone. They were enshrined in law with the Budget Control Act of 2011, which also increased the debt ceiling. And though a deadline of Jan. 2, 2013 was set, they were never meant to come into effect. The plan for deep across-the-board cuts was intended as a way to prod Democrats and Republicans into reaching agreement on a long-term plan to reduce America's vast budget deficit.

Not a Bad Thing?

The "fiscal cliff" also includes the expiration of tax cuts for the rich, which were originally passed by President George W. Bush and extended by Obama. The elimination of the lower tax rates would, according to the Congressional Budget Office, result in $221 billion in extra tax revenues in 2013 alone. A temporary 2-percent federal income tax cut would also expire, resulting in an additional $95 billion flowing into government coffers next year.

There are also several other cuts and tax hikes included in the austerity package. Some $18 billion in taxes would come due as part of Obama's health care reform, and welfare cuts would save $26 billion. Should lawmakers not reach agreement prior to the end of the year, the US budget deficit for 2013 would be cut almost in half, to $560 billion.

Which doesn't sound like a bad thing. After all, the US is staggering under a monumental pile of debt and could potentially begin to face the kinds of difficulties that have plunged several euro-zone countries into crisis. It is a viewpoint shared by the ratings agencies -- a year ago, Standard & Poor's withdrew America's top rating, justifying the measure by pointing to the unending battle over the debt ceiling. The agency noted that "the political brinksmanship of recent months highlights what we see as America's governance and policymaking becoming less stable, less effective, and less predictable than what we previously believed."

From afar, it is difficult to argue; the ongoing battle between Democrats and Republicans in the face of a horrendously imbalanced budget looks catastrophically absurd. As their country heads toward the edge of the abyss, lawmakers preferred to debate whether or not French fries and pizza should be considered vegetables.

Still, a significant element in the dispute is a fundamental conflict that won't sound foreign to Europeans: How much austerity is too much?

As good as an instantaneous halving of the budget deficit might sound, the landing after a plunge off the fiscal cliff would be a hard one. Were taxes to be ratcheted up at the same time as state programs were slashed, it would have an enormous effect on the economy. According to the Congressional Budget Office, 2013 growth would immediately drop by four percentage points, making a recession unavoidable. The number of unemployed would be two million higher than without the cuts.

It is an eventuality that doesn't just put fear into the hearts of Americans. In its annual report on the US, the International Monetary Fund (IMF) referred to the fiscal cliff as the largest risk currently facing America. Investors have already reportedly become more cautious in the face of the looming cuts. Should politicians not agree to a credible plan for reducing US debt, it could ultimately harm the credibility of the dollar as a reserve currency. More immediately, the IMF writes in its World Economic Outlook report published in October, the drastic cuts "would inflict large spillovers on major US trading partners." In other words, an already fragile Europe would become even weaker.

As such, Germany won't be the only country watching closely as US Congress struggles to reach an agreement in coming weeks. Should the US economy radically slow down next year, "it could in the current atmosphere of uncertainty result in a global loss of confidence that would lead to a collapse in investment worldwide," according to the annual report of top German economic advisors released on Wednesday. Nevertheless, the experts warn, simply postponing measures to address the debt and budget deficit problems "would also have long-term costs in the form of still higher sovereign debt."

What, then, is the solution? In the end, the US could arrive at a compromise similar to the one that appears to be forming for Greece: austerity measures combined with more time to achieve budget deficit reduction targets. The drastic cuts currently looming are essentially a kind of debt brake, but it is one with no flexibility built in whatsoever. The US economist Denis Flower proposed in an interview with SPIEGEL ONLINE that Washington should introduce a law mandating long-term debt reduction, but which allows higher deficits in times of crisis.

US politicians, no doubt, would not be fond of hearing their country compared to Greece. After all, the heavily indebted euro-zone country was used during the presidential campaign as a caricature for the horrors of European-style socialism. But their current finances are not dissimilar, with one difference being that the US can't count on outside help as the Greeks have received.

It remains to be seen how US politicians choose to approach the problem. Republicans, having defended their majority in the House of Representatives, could simply let the country plunge off the cliff in the hopes that it would be blamed on Obama. Or, on the other hand, their willingness to compromise may have been increased by virtue of losing the presidential election badly. Republican Speaker of the House John Boehner on Wednesday pledged to work closely with the White House as negotiations begin. He said that lawmakers won't be able to solve the country's problems overnight, but said that voters "gave us a mandate to work together to do the best thing for our country."

Greece's economic problems and the resulting austerity packages it has passed have plunged the country into five straight years of recession. Germany, Europe and the world are hoping that the same fate is not in store for the US. 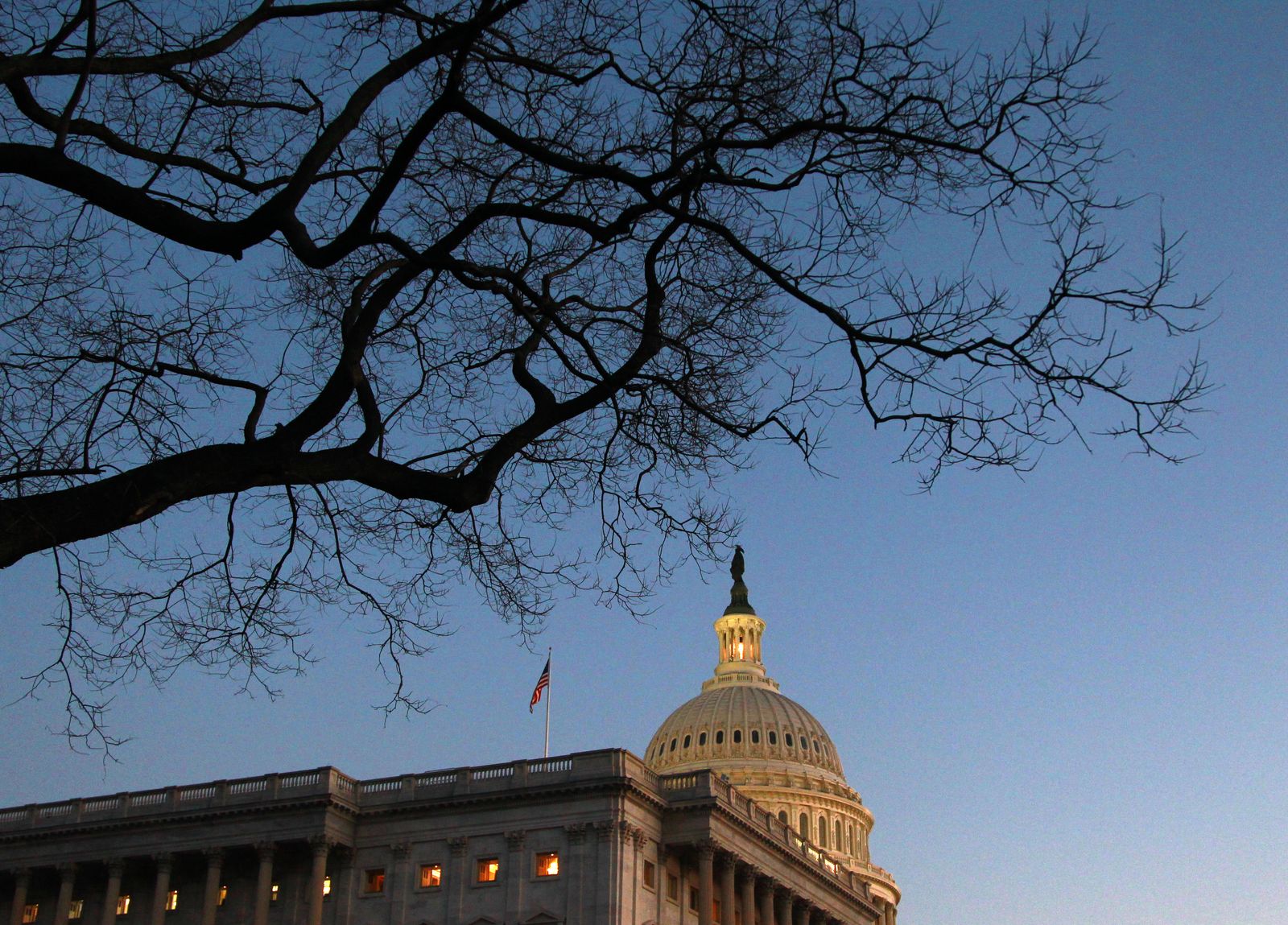 Congressional leaders in the US must reach agreement soon with the Obama administration on deficit reduction measures.