SPIEGEL: A memo written by the US commander in Afghanistan, Stanley McChrystal, was recently leaked in which he asks the American people for more patience and US President Barack Obama for more troops. Isn't it rather unusual for US generals to put so much pressure on the president?

Richard Haass: It is fine for generals and civilians to ask for more resources. One of their responsibilities is to speak truth to power if they think they need more resources to accomplish the mission. To do that in public is not appropriate, though. The president deserves to have these issues debated in private. Whoever leaked General McChrystal's memorandum, acted unfairly and unprofessionally.

Haass: It would be premature to follow it at the moment. First, we need to be more confident that doing more militarily in Afghanistan will produce more results. It is not clear that will be the case. Secondly, we need to challenge the assumption that what happens in Afghanistan is critical for the global effort against terrorism.

SPIEGEL: Isn't that effort doomed if Afghanistan remains a safe haven for terrorists? That is why the West invaded the country, after all.

Haass: That is not clear either. Even if terrorists were to be denied Afghanistan, they could operate out of other countries. We should also reconsider whether what happens in Afghanistan is essential for the future in Pakistan which, frankly, matters more to the United States. Pakistan's internal dynamics will count for more when it comes to determining Pakistan's trajectory. I believe the president is right to slow down the decision process.

SPIEGEL: Obama already announced a new Afghanistan strategy in March which appeared to include more US troops. Now there are calls for that to be reconsidered. What has changed since then?

Haass: Today, things are looking even bleaker in Afghanistan. It is not at all obvious that Afghans can overcome ethnic and tribal loyalties, corruption and personal rivalries. The presidential election in August was deeply flawed. No matter who is ultimately declared the winner, this election is almost certain to leave the country even more divided.

SPIEGEL: Some administration officials have suggested that the US should step up its military operations against terrorists in Pakistan, rather than sending more troops to Afghanistan.

Haass: I am sympathetic to the idea. Pakistan is more vital to the US and we are starting to see progress there. There should be a greater level of economic and military support in Pakistan. Carrying out more air strikes there is an attractive idea as long as the chance of collateral damage is minimized.

SPIEGEL: President Obama often calls the war in Afghanistan a "war of necessity." It's a term he lifted from one of your books

Haass (laughs): Please, you are getting me into trouble.

SPIEGEL: But you no longer call it a war of necessity. Why?

SPIEGEL: What options does the president have?

Haass: We have alternatives to an even bigger troop increase. That is another reason why this is no longer a war of necessity. The choice is not between pulling out and increasing resources. We can reduce our troops' ground-combat operations but emphasize drone attacks on terrorists, the training of Afghan soldiers and police officers, and development aid and diplomacy to fracture the Taliban. Nobody is talking about or should be talking about abandoning Afghanistan.

SPIEGEL: But we are talking about less US troops.

Haass: The risk of ending our military effort in Afghanistan is that Kabul could be overrun and the government might fall. The risk of the current approach -- or one that involves dispatching 10,000 or 20,000 soldiers more -- is that it might produce the same result in the end, but at a much higher human, military and economic cost. But if the US does decide to increase troop levels, it should condition any such decision on specific Afghan commitments and reforms.

SPIEGEL: The US military was very critical of the German role in the recent air strike against two hijacked tankers that might have killed many civilians. Many German politicians and soldiers found that disappointing.

Haass: If US forces had done what the German soldiers have done, we would have criticized the soldiers involved as well. There need to be high standards; people have to be held accountable.

SPIEGEL: General McChrystal, however, sharply criticized the German military a short time after the incident, when many details were still unclear.

Haass: I am not familiar with all the details. But obviously the air strikes turned out horribly. If mistakes were made -- and it looks like that was the case -- they have to be investigated. The German public is not the only audience in this case. One has also to think about public opinion in Afghanistan.

SPIEGEL: President Obama planned to ask Berlin for more troops after the German election. How can he do that if the Americans appear to be questioning their own involvement in the country?

Haass: If there is a change in US policy and there is a decision not to introduce a greater number of troops, it will make it harder for European leaders to ask their publics for more troops. It is inevitable that the course of the debates here in the US will have an impact on the debates in Europe. But what matters most is that we get the policy right. 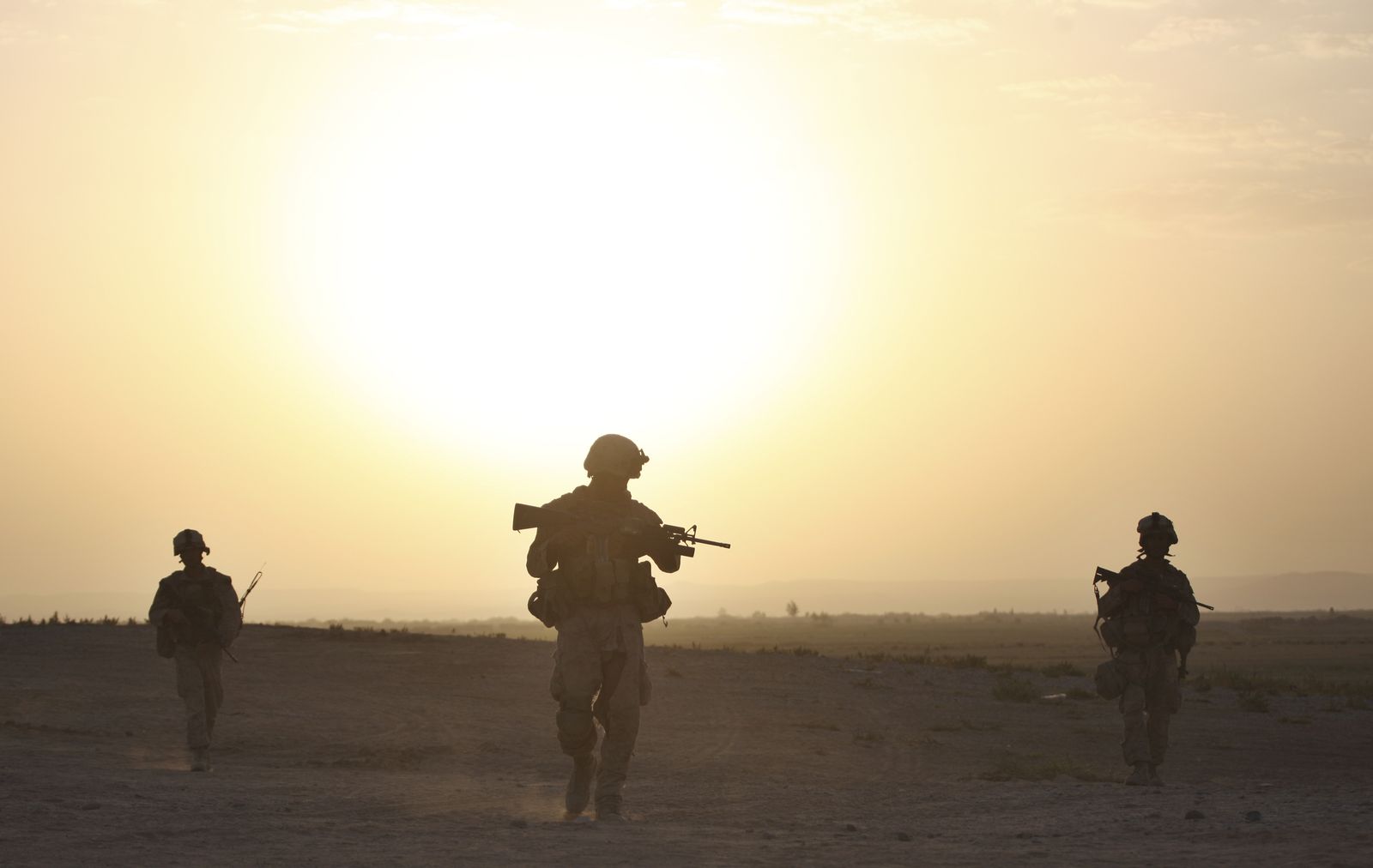 US Marines on patrol in Afghanistan's Helmand province: Should the US be focusing its attention on Pakistan instead of Afghanistan?