There were only a few hours left before Air Force One was scheduled to depart for the flight home. US President Barack Obama trip through Asia had already seen him travel 24,000 kilometers, sit through a dozen state banquets, climb the Great Wall of China and shake hands with Korean children. It was high time to take stock of the trip.

Barack Obama looked tired on Thursday, as he stood in the Blue House in Seoul, the official residence of the South Korean president. He also seemed irritable and even slightly forlorn. The CNN cameras had already been set up. But then Obama decided not to play along, and not to answer the question he had already been asked several times on his trip: what did he plan to take home with him? Instead, he simply said "thank you, guys," and disappeared. David Axelrod, senior advisor to the president, fielded the journalists' questions in the hallway of the Blue House instead, telling them that the public's expectations had been "too high."

The mood in Obama's foreign policy team is tense following an extended Asia trip that produced no palpable results. The "first Pacific president," as Obama called himself, came as a friend and returned as a stranger. The Asians smiled but made no concessions.

Upon taking office, Obama said that he wanted to listen to the world, promising respect instead of arrogance. But Obama's currency isn't as strong as he had believed. Everyone wants respect, but hardly anyone is willing to pay for it. Interests, not emotions, dominate the world of realpolitik. The Asia trip revealed the limits of Washington's new foreign policy: Although Obama did not lose face in China and Japan, he did appear to have lost some of his initial stature.

In Tokyo, the new center-left government even pulled out of its participation in a mission which saw the Japanese navy refueling US warships in the Indian Ocean as part of the Afghanistan campaign. In Beijing, Obama failed to achieve any important concessions whatsoever. There will be no binding commitments from China to reduce greenhouse gas emissions. A revaluation of the Chinese currency, which is kept artificially weak, has been postponed. Sanctions against Iran? Not a chance. Nuclear disarmament? Not an issue for the Chinese.

The White House did not even stand up for itself when it came to the question of human rights in China. The president, who had said only a few days earlier that freedom of expression is a universal right, was coerced into attending a joint press conference with Chinese President Hu Jintao, at which questions were forbidden. Former US President George W. Bush had always managed to avoid such press conferences.

A look back in time reveals the differences. When former President Bill Clinton went to China in June 1998, Beijing wanted to impress the Americans. A press conference in the Great Hall of the People, broadcast on television as a 70-minute live discussion, became a sensation the world over. Clinton mentioned the 1989 Tiananmen Square massacre, when the government used tanks against protestors. But then President Jiang Zemin defended the tough approach taken by the Chinese Communists. At the end of the exchange, the Chinese president praised the debate and said: "I believe this is democracy!"

Obama visited a new China, an economic power that is now making its own demands. America should clean up its government finances, and the weak dollar is unacceptable, the head of the Chinese banking authority said, just as Obama's plane was about to land.

Obama's new foreign policy has also been relatively unsuccessful elsewhere, with even friends like Israel leaving him high and dry. For the government of Israel Prime Minister Benjamin Netanyahu, peace is only conceivable under its terms. Netanyahu has rejected Obama's call for a complete moratorium on the construction of settlements. As a result, Obama has nothing to offer the Palestinians and the Syrians. "We thought we had some leverage," says Martin Indyk, a former ambassador to Israel under the Clinton administration and now an advisor to Obama. "But that proved to be an illusion."

Even the president seems to have lost his faith in a genial foreign policy. The approach that was being used in Afghanistan this spring, with its strong emphasis on civilian reconstruction, is already being changed. "We're searching for an exit strategy," said a staff member with the National Security Council on the sidelines of the Asia trip.

An end to diplomacy is also taking shape in Washington's policy toward Tehran. It is now up to Iran, Obama said, to convince the world that its nuclear power is peaceful. While in Asia, Obama mentioned "consequences" unless it followed his advice. This puts the president, in his tenth month in office, where Bush began -- with threats. "Time is running out," Obama said in Korea. It was the same phrase Bush used against former Iraqi dictator Saddam Hussein, shortly before he sent in the bombers.

There are many indications that the man in charge at the White House will take a tougher stance in the future. Obama's advisors fear a comparison with former Democratic President Jimmy Carter, even more than with Bush. Prominent Republicans have already tried to liken Obama to the humanitarian from Georgia, who lost in his bid to win a second term, because voters felt that he was too soft. "Carter tried weakness and the world got tougher and tougher because the predators, the aggressors, the anti-Americans, the dictators, when they sense weakness, they all start pushing ahead," Newt Gingrich, the former Republican speaker in the House of Representatives, recently said. And then he added: "This does look a lot like Jimmy Carter." 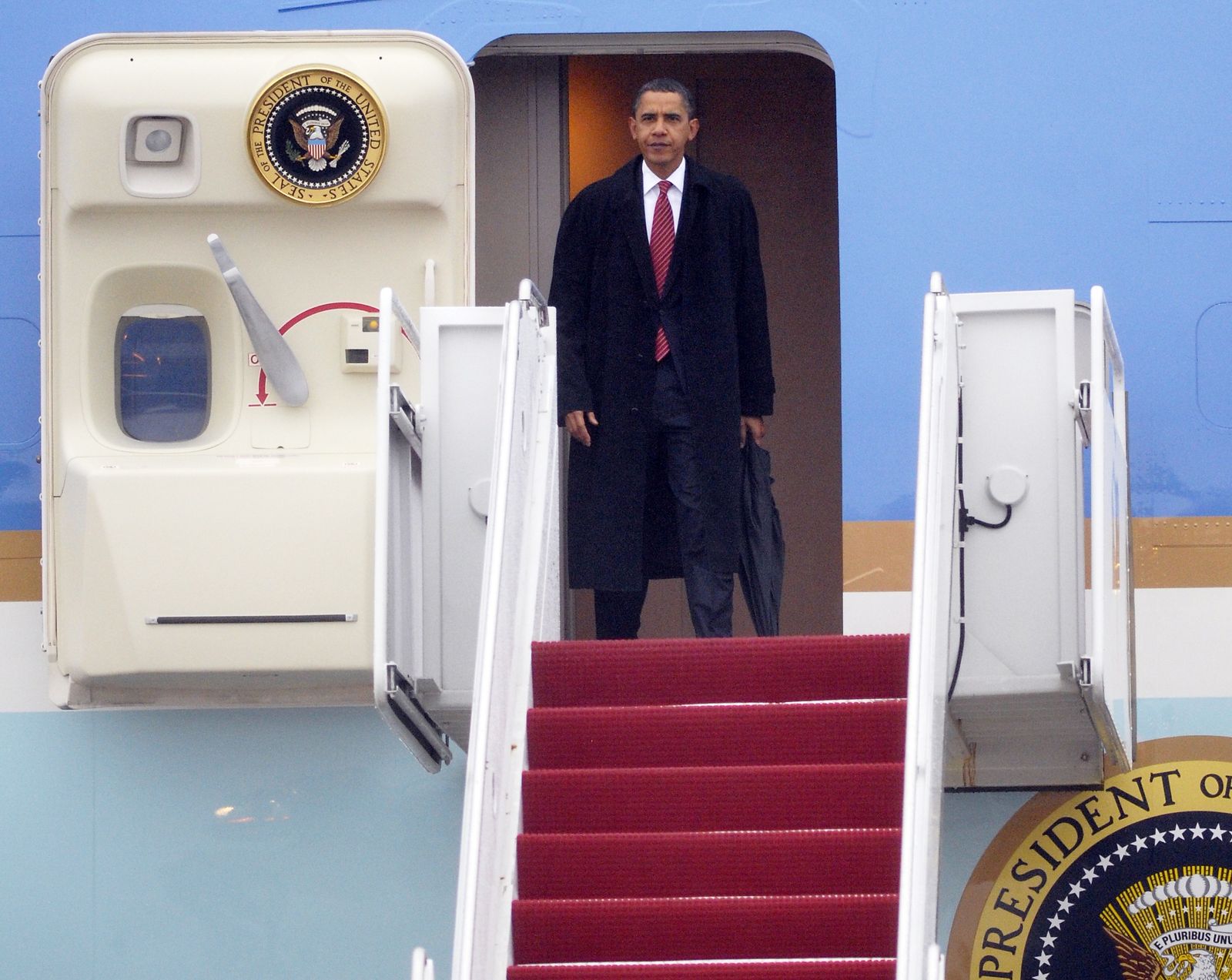 US President Barack Obama is back in the US after an Asian trip that produced few results.