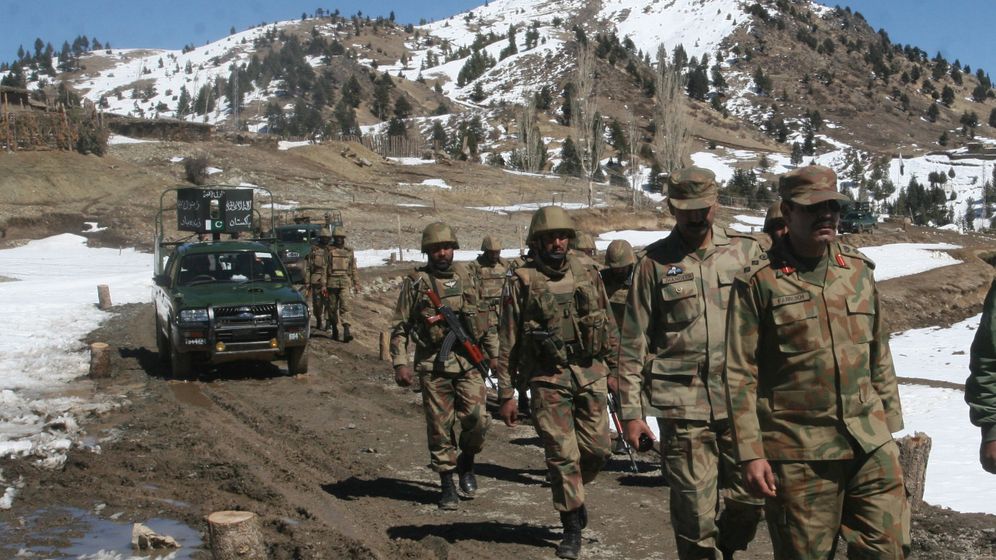 It is a relationship that has required a great deal of time and patience from both sides. On the one hand, there is US Admiral Michael Mullen, a 64-year-old Vietnam veteran who is currently the chairman of the Joint Chiefs of Staff and the highest-ranking soldier in the US military. On the other, there is General Ashfaq Parvez Kayani, the head of Pakistan's military, who is six years Mullen's junior and the country's most influential person.

The two have met more than two dozen times. Behind closed doors, Mullen has consistently defended this time-consuming and energy-intensive fostering of mutual trust. "If everything goes wrong," he would say, "at least we'll have this one stable relationship."

That might have been a good plan. But, in the end, it didn't work.

In the Den of the Spies

After almost 10 years of closely cooperating with the US in fighting terrorism and receiving more than $18 billion (€12.4 billion) in military and civilian development aid, Pakistan is now facing some exceedingly difficult questions: What did its government know about where Osama bin Laden was staying, his network and his supporters? And, most importantly, what did Kayani know? 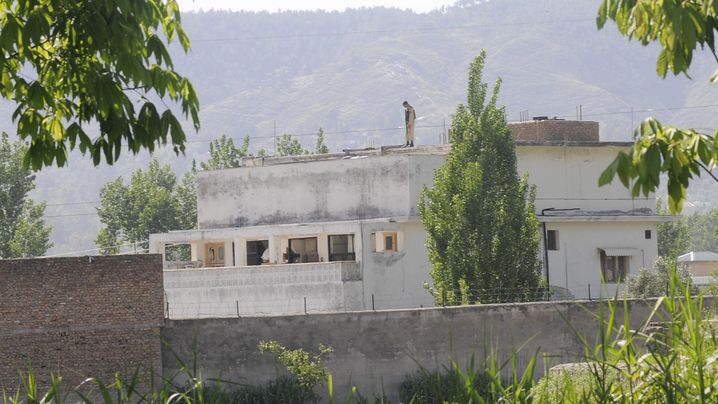 Even with its population of nearly 176 million, Pakistan continues to be a society based on tribal groups. Each clan maintains a complicated network of relations, not unlike in a village. Under these conditions, it hardly seems imaginable that the world's most sought-after terrorist could have spent years living unnoticed just a stone's throw away from Pakistan's most elite military academy, an institution as assiduously guarded as the US's West Point or Great Britain's Sandhurst.

Having led it between 2004 and 2007, Kayani is intimately familiar with the structures of the country's notorious Inter-Services Intelligence (ISI) agency. The agency maintains ties with militant groups within the country in order to keep them in check. But it also occasionally teams up with these same groups when their interests are aligned. Even Islamist extremists have a love-hate relationship with ISI because they too can never quite predict what the intelligence service will do.

Even before bin Laden was killed as part of "Operation Geronimo" in the early morning hours of May 2, relations between Washington and Islamabad had reached a new low. In January, a CIA contractor named Raymond Davis killed two Pakistani men on a motorcycle in heavy traffic in the eastern city of Lahore. Despite vehement American protests, the former special forces soldier spent 47 days in jail before being released in exchange for $2.3 million for the victims' families. Still, the political costs of Davis' return home were probably much higher because Pakistan went on to use the case to fan long-smoldering anger over the US presence in the country.

In the wake of the debacle, General Kayani called for two things: a drastic reduction in the agreed-upon number of American special forces soldiers secretly operating in the country, which currently stands at 120; and, more importantly, a reduction in the number of drone attacks on suspected terrorists in tribal areas, which the locals particularly detest. "He wants a complete halt to drone attacks," says one Pakistani officer. Moreover, the US has also agreed to transfer the launch bases for its deadly precision missiles from Pakistan's southwestern region of Baluchistan to Afghanistan.

For months, the US has provided Pakistan with only vague snippets of information on its operations and offered next to no information on its targets. It did so because it feared that leaks in Pakistan's intelligence network could tip off targeted individuals beforehand. The unannounced attack on bin Laden is only the latest sign of this mistrust.

As far back as October 2009, while visiting Islamabad, US Secretary of State Hillary Clinton said she found it "hard to believe" that supposedly no one in the Pakistani government knew anything about the al-Qaida leader's location. A few months later, she even accused "elements in the government" of protecting bin Laden, stating: "I assume somebody, somebody in this government, from top to bottom, does know where bin Laden is."

Still, the thing that frustrates the Americans the most is how the ISI maintains ties with the Afghan Taliban and, especially, with the Haqqani network. The latter is an Afghan insurgent group that operates from Pakistan, repeatedly attacking the Western alliance in Afghanistan while maintaining close ties to al-Qaida.

Eventually, even Kayani's friend Admiral Mullen grew tired of being diplomatic. "It is fairly well known that ISI had a relationship with the Haqqani network," he told Dawn, an English-language newspaper in Pakistan, during a visit to Islamabad just two weeks ago. According to the paper, he added that, the Haqqani network "had fuelled the Afghan insurgency by supporting, training and funding fighters who were killing American and coalition troops in Afghanistan."

Mullen could just as well have been describing Pakistan's strategy for the period after the US completes its intended withdrawal from Afghanistan. Then, too, Islamabad hopes to maintain good relations with the militants because it has always viewed them as a kind of fifth column for securing the country's interests in Afghanistan.

The situation makes one former American politician, who until recently was in close contact with the top military brass in Islamabad, shake his head. Thinking back on what they had shared, he says: "Liars, liars, liars."

In fact, three weeks ago, during a visit to Kabul, Pakistani Prime Minister Yousuf Raza Gilani first spoke of the US's "imperial designs" before openly calling on Afghan President Hamid Karzai to not provide the US with permanent military bases and to work more closely with China instead of continuing to cooperate with the United States. Indeed, Pakistan regards China as a powerful "all-weather" friend -- and one that could also provide Kabul with at least an acceptable replacement for the US.

From the very beginning, the partnership between the US and Pakistan has been a marriage of convenience. And if former Pakistani President Pervez Musharraf's recollections can be believed, it might have even been a forced marriage. "Be prepared to be bombed. Be prepared to go back to the Stone Age," then-Deputy Secretary of State Richard Armitage reportedly warned Pakistan shortly after the 9/11 terrorist attacks, though Armitage denies having made the comments.

In the fall of 2001, US-led forces helped to topple the Taliban regime in Afghanistan. Pakistan had previously helped to install the Taliban in power because it viewed it as an ally against its archenemy, India. So the end of the Taliban also meant the collapse of Pakistan's defensive strategy. Since then, Islamabad has worried that the US could hand over Pakistani intelligence to India or even try to gain access to its nuclear program.

From what can be gathered from the American diplomatic cables obtained by WikiLeaks, it would appear that these fears are exaggerated. So far, the US has apparently limited its influence to providing financial support and technical advice on how to safeguard the country's nuclear arsenal.

In Pakistan's nearly 64-year history, there has been a series of alternating periods of cooperation and discord with the United States. The last time the cooperation ended was in 1990, when the US withheld a delivery of F-16 fighter jets that Pakistan had already paid for to punish the country for doggedly expanding its nuclear program. Islamabad hasn't forgotten that period. And now, after what has happened in Abbottabad, it is anticipating another period of frosty relations.

The point of the friendship between Mullen and Kayani was to avoid precisely this, to overcome old differences and prevent the formation of new ones. But the plan didn't work. And, in any case, Mullen will retire this year.

Still, even after the deadly raid in Abbottabad, the two countries need to somehow maintain relations: Pakistan needs the US for its economic aid, and Washington needs Islamabad to continue its fight against terrorism and because it is home to the most important routes for supplying the war in Afghanistan.

In describing the two countries' first talks since "Operation Geronimo," one senior Pakistani official says that the Americans "want answers" and that they even "claim this crisis is also a chance to improve relations." But now, he adds, Washington has set one condition for Pakistan: "No tricks."