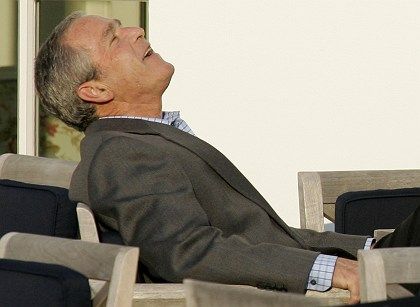 US President George W. Bush took ill with a minor stomach problem on Friday and did not join a morning working session of G-8 leaders on the final day of the Heiligendamm summit.

A White House aide said Bush had a stomach ailment which he described as "not serious."

Bush decided to meet French President Nicholas Sarkozy in his private quarters. Sarkozy said after the meeting: "I have just come out of a meeting with President Bush who is slightly unwell. He will join the working session when he can."