Following a series of botched executions in the US, one lawmaker in the state of Oklahoma is now trying to gather support behind a new form of capital punishment. Mike Christian, a Republican in the Oklahoma House of Representatives, would like to see nitrogen asphyxiation introduced as a method to execute death row inmates. Nitrogen and noble gases such as helium are seen by proponents of assisted suicide as offering a reliable, quick and painless way to die.

Christian plans to introduce his proposal this week at a House hearing on the future of the death penalty. By December, Christian told SPIEGEL, he hopes to be able to present a draft law. Should it receive the requisite support, nitrogen asphyxiation could replace lethal injection as the primary execution method used sometime next year.

"It's the most humane way to die. You just sit there and a few minutes later, you're dead." Christian says. "I think it will definitely meet the standards (set) by the United States Supreme Court that it is definitely not cruel and inhumane."

For nitrogen asphyxiation executions, convicts would be placed in an airtight chamber or under a large plastic sack. The introduction of nitrogen, and the absence of oxygen, leads to a rapid loss of consciousness and, ultimately, to death. The method has never been used for capital punishment cases in the US. And there is disagreement as to whether it is as painless as Christian suggests, with some reports claiming that it is an agonizing way to die.

Of the 38 US states in which executions are carried out, 37 currently use lethal injection. The procedure was developed by a medical examiner from Oklahoma in 1977 and was long considered to be more effective and less painful than previous methods such as hanging, the electric chair or the gas chamber. "Back then, it was Oklahoma that came up with an innovation, and today we should take the lead again and come up with an innovative method," Christian says.

Dr. Michael Copeland, assistant professor at East Central University in Oklahoma City, has been tasked by Christian with providing an expert opinion on the issue. "Nitrogen is the most humane, cheapest and easiest way to execute people," Copeland says. In contrast with gases used previously for capital punishment, he says that convicts executed with noble gases such as nitrogen would not feel as though they were suffocating.

"With nitrogen we won't have the problem of drug shortage that we've witnessed recently," Copeland says. "It's ubiquitous." Unlike with lethal injections, little can go wrong, he says. "You don't need a doctor or other medical personnel to find a vein."

And the method is extremely affordable, Christian adds, saying you only need a bottle of gas and a small plastic tent. "It's even cheaper than the bullets you need for the firing squad," Christian says. The only details that must be clarified, he insists, is whether convicts would be fitted with a mask, a bag or a small tent over their heads.

Among advocates of the death penalty, the willingness to search for new methods of execution is greater than ever. This year, there have been a number of botched lethal injection procedures. It took 25 minutes of visible and audible agony, for example, for Dennis McGuire to die in an Ohio execution chamber in January. The State of Arizona took two hours to kill Joseph Wood via lethal injection in late June. In Oklahoma, serious glitches occurred in two executions this spring. The April 29 execution of Clayton Lockett is considered one of the most gruesome in American history.

The problems were blamed on the execution team's lack of qualifications. In addition, though, authorities have had trouble obtaining the compounds long used for lethal injections. Since the EU began controlling the export of some substances three years ago to prevent them from being used for capital punishment, US states have run out of the time-tested drugs Pentobarbital and Thiopental. Ill advised experiments have been the result. Some US editorialists have described 2014 as the worst year in the history of lethal injection.

'We Will Put These Beasts to Death'

There are reasons to doubt whether law-and-order politicians like Christian are really worried about making executions more painless. They are much more interested preventing the now widely criticized death penalty from being abolished. Even after the botched Lockett execution, Christian said he didn't care how executions are carried out, whether by "lethal injection, the guillotine or if we feed them to lions."

Now, Christian says he doesn't want the media to further harm Oklahoma's image. "We live in a great state. We don't want the New York Times or SPIEGEL to write that Oklahoma is a barbaric state. We're not barbaric." Nearly 80 percent of Oklahomans support the death penalty, compared to two-thirds of Americans overall.

Christian has spoken with other lawmakers in the Oklahoma capital about the nitrogen method, and is now certain: "I will get a majority for this. One year from now, Oklahoma won't execute by lethal injection anymore." One thing, though, remains certain, says Chrisitan: "We will put these beasts to death." 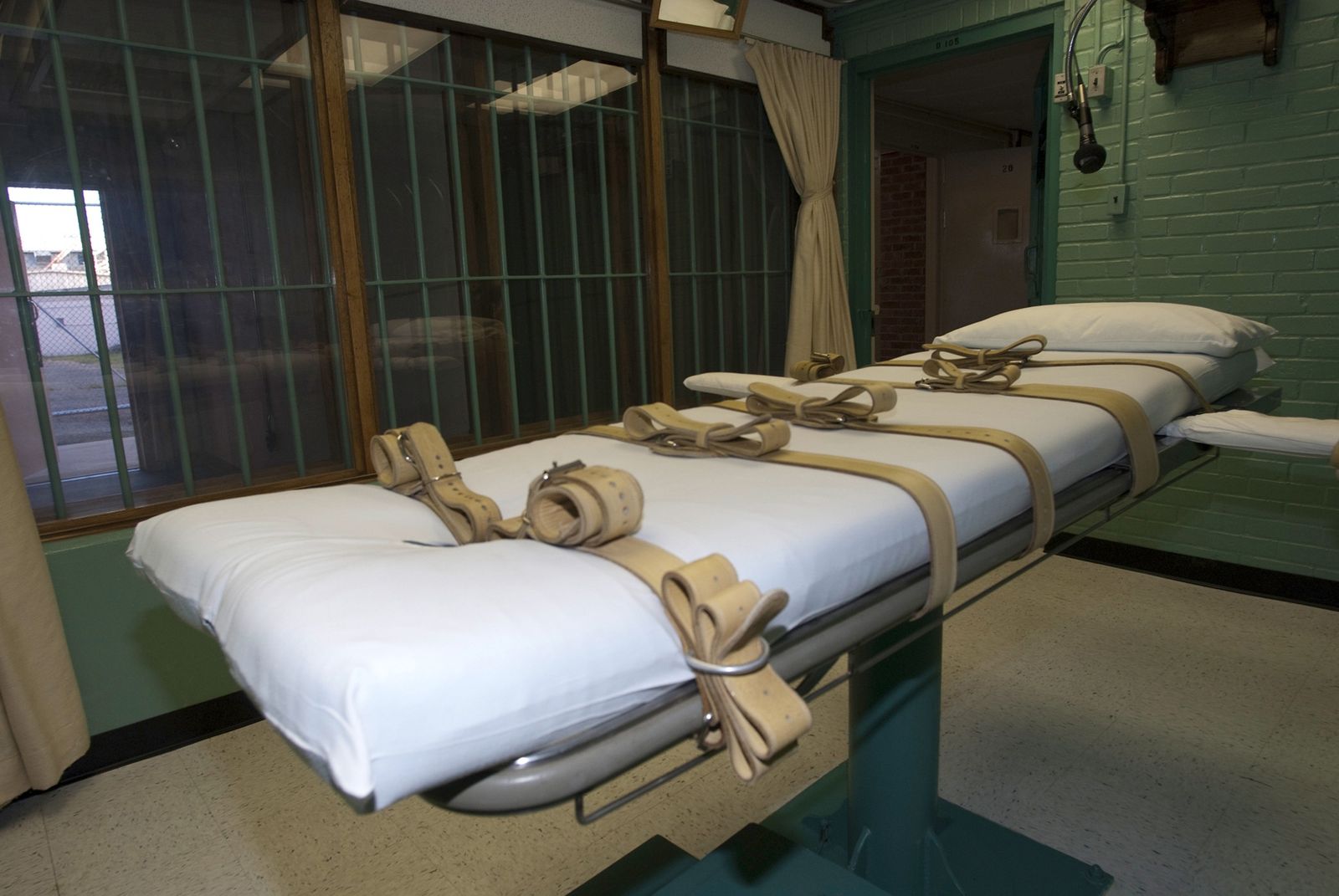 Can capital punishment be made more humane? An Oklahoma lawmaker believes it can.