By now it's old news that the United States has spent years monitoring vast quantities of Internet traffic, emails and telephone calls. But over the weekend, more damning revelations came to light: Washington has been spying intensively on countries around the world, including many of its closest allies.

On Saturday, SPIEGEL reported on US spying activities on European Union diplomatic missions in Washington D.C. and at the United Nations in New York. In addition to monitoring web traffic, documents obtained by whistleblower Edward Snowden and shared with SPIEGEL indicate that the US bugged the EU embassies and also targeted the Justus Lipsius building, a key EU nerve center in Brussels.

On Monday, the accusations became even broader, with the Guardian citing documents from Snowden indicating that the US spied on several European capitals and other allies around the world. One document seen by the Guardian lists 38 embassies and diplomatic missions as "targets." European Union countries listed include France, Italy and Greece. Other US allies mentioned in the 2010 document are Japan, Mexico, South Korea, India and Turkey.

While the Guardian story notes that neither the United Kingdom nor Germany are mentioned in the document, SPIEGEL reported on Saturday that Germany is a major target of National Security Agency (NSA) eavesdropping. Documents seen by SPIEGEL indicate that the intelligence service monitors around half a billion telephone calls, emails and text messages every month.

The details described in the Guardian report are damning. According the documents seen by the London daily, the NSA implanted bugs inside electronic communications equipment, tapped into communications cables and also used antennae to capture other forms of data transmission. According to a 2007 document cited by the paper, one bugging method, codenamed "Dropmire," was "implanted on the Cryptofax (encrypted fax machine) at the EU embassy, DC."

"The NSA documents note the machine is used to send cables back to foreign affairs ministries in European capitals," the Guardian writes.

The report published on Monday jibes closely with information received by SPIEGEL and published over the weekend. According to a document from 2010 seen by SPIEGEL, the EU was listed as a "location target" and was able to infiltrate EU computers at the bloc's embassy in Washington D.C., enabling the NSA to monitor emails and internal documents stored electronically. The NSA also installed bugs in the building. The EU representation at the UN was monitored in the same way.

Furthermore, the documents show that the NSA sought access to the telephone system of the Justus Lipsius building several years ago. At the time, EU security officials had been able to trace suspicious calls to the building's phone system to a nearby building on the grounds of NATO headquarters. The building is used by the NSA.

The documents seen by the Guardian seem to suggest that the aim of monitoring the EU was to learn of policy disagreements among the bloc's 27 member states and other possible differences among members.

The revelations of widespread spying have infuriated European leaders. German Justice Minister Sabine Leutheusser-Schnarrenberger accused the US of using "Cold War methods" and demanded a comprehensive explanation from Washington. European Justice Commissioner Viviane Reding also blasted the US, saying that "partners do not spy on each other." She then called into question whether talks on the trans-Atlantic free trade agreement should continue.

"We cannot negotiate over a big trans-Atlantic market if there is the slightest doubt that our partners are carrying out spying activities on the offices of our negotiators," she said. "The American authorities should eliminate such doubt swiftly." 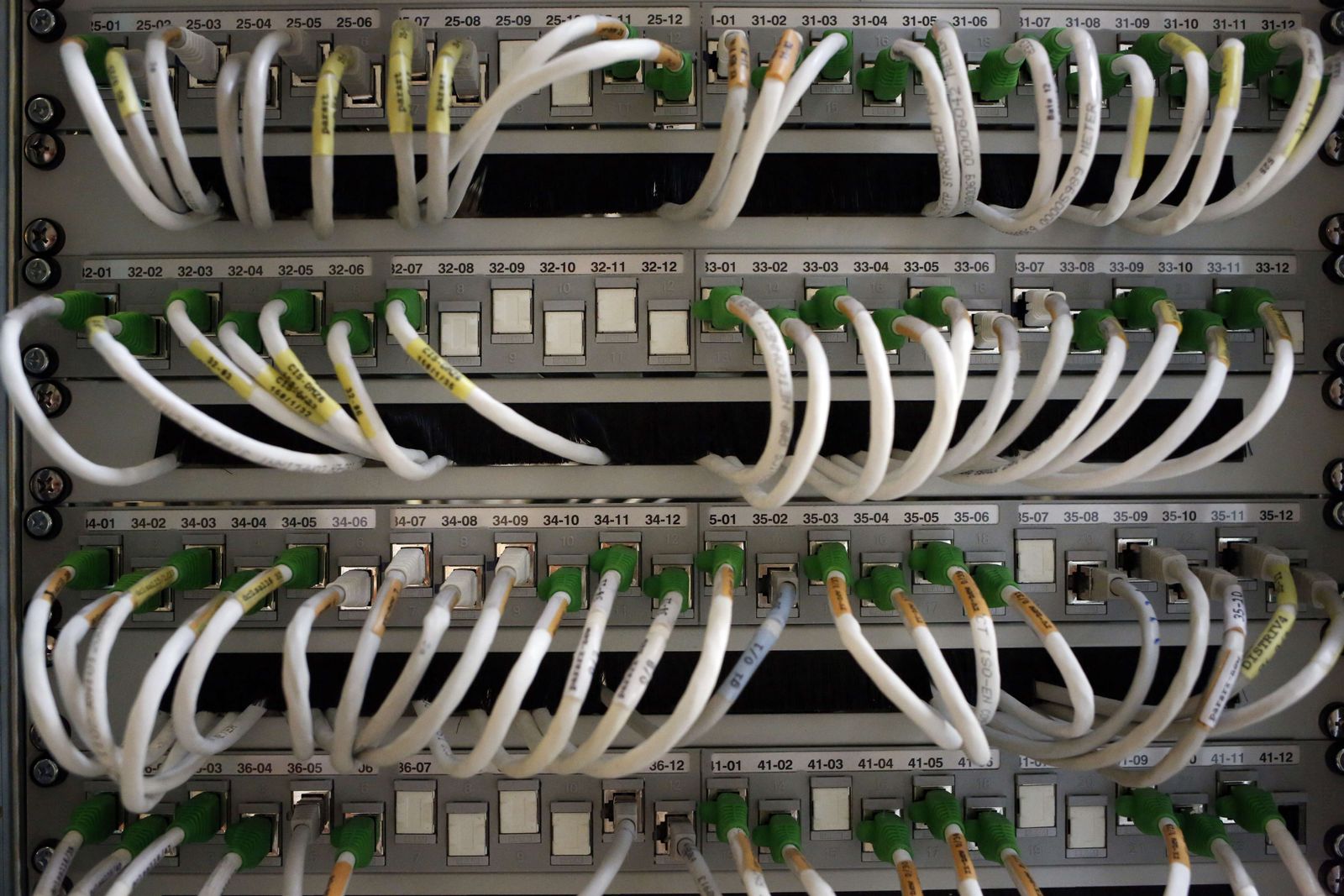 The US has been spying on Europe on a vast scale.