The Value Voters, a group of right-wing activists, have gathered at a conference in the United States capital to vent their frustration. They spent a whole weekend in a Washington hotel discussing a litany of complaints against the Obama administration in meetings and discussion forums. The hundreds of billions of dollars in stimulus programs: pure socialism. A healthcare reform with health insurance for everyone: unadulterated Marxism. Tougher emissions rules to combat global warming: hysteria that is damaging people and business.

The Value Voters consist of a broad range of conservative movements: anti-abortionists, religious fundamentalists, pro-abstinence groups. Their protests were timed this weekend to allow supporters to visit as many events as possible. One only has to listen to their lamenting to understand how difficult it is to pursue green policy in the US.

The successful right-wing protest against Obama's healthcare reform and his massive government deficit has severely curtailed the president's room for maneuver on climate policy. Obama addressed 100 other government leaders at a UN conclave on climate change on Tuesday. But the prospects for a climate deal at the world climate conference in Copenhagen in December have deteriorated sharply. The aim was to agree a successor to the controversial Kyoto Protocol in Copenhagen.

"It could be that Obama will have to call out to his colleagues in Copenhagen: Yes we can, but I'm not ready yet," says UN climate chief Yvo de Boer.

The US debate on climate change appears to have got stuck. The House of Representatives in June passed a climate law with tougher emissions rules. But it was diluted to such an extent that Brent Blackwelder of environmental group Friends of the Earth said: "The lobby for oil giants, dirty coal, farming giants and Wall Street castrated the law."

This watered-down version of the law is still stuck in the US Senate where Obama can't even count on his fellow Democrats. Senators from his party in US states with energy-intensive industries are banging the drum against more climate protection. A vote has been postponed until the end of the year, and experts are skeptical. "I wouldn't expect a deal until next year," says Michael Levi, an energy and environment analyst at the Council on Foreign Relations in New York. "Many senators are under a lot of pressure right now as a result of the debate on health reform."

'It's Going Too Slowly'

The White House doesn't want to sign a global climate treaty without having majority backing in Congress. President Bill Clinton signed the Kyoto Protocol in 1997 but the Senate voted by an overwhelming majority against ratifying it.

The resistance is just as well organized this time around. In the first half of 2009 the opponents of tougher climate rules spent more than $80 million on lobby initiatives. They have calculated that the tougher rules will cost every US household up to $1,600 per year. Supporters of reform say it will only be $142. This, says Levi, has shown Europe once again how hard it is to get major legislation through Congress.

But without US leadership, a deal in Copenhagen looks impossible. " "The United States is just one of the 190 countries coming to this conference," said John Bruton, the European Union's ambassador in Washington. "But the United States emits 25 percent of all the greenhouse gases that the conference is trying to reduce. Is the US Senate really expecting all the other countries to make a serious effort on climate change at the Copenhagen conference in the absence of a clear commitment from the United States?" Sweden's Prime Minister Fredrik Reinfeldt agrees. "It's going too slowly," he said.

More than 200 pages have already been drafted for a Kyoto successor treaty. But the devil is in the details. The US favors nationally and legally binding rules over voluntary international deals that many countries ignore, says Levi.

Hoping for a Turnaround

In addition, there are widely different views on climate goals. While the Europeans want to lower their CO2 emissions by up to 20 percent by 2020, the American proposals are far less ambitious. But scientists are demanding a reduction in emissions by at least 25 percent over that period to confine the global temperature rise to no more than two degrees Celsius and thereby prevent possible catastrophic consequences.

Washington is also stalling on financial help for poorer states in Africa to improve climate protection. The Europeans have so far offered $22 billion. Developing nations are demanding 10 times that much.

Now the week of UN meetings in New York is supposed to bring a turnaround -- or at least a compromise. At least the offer by the new Japanese government to cut CO2 emissions by up to 25 percent has brought fresh impetus. Compromises are being pondered. French President Nicolas Sarkozy is warning against fixating on a new treaty in Copenhagen. Progress could also be made through other agreements, he said.

The speeches by Obama by Chinese President Hu Jintao have been eagerly awaited. On Friday the ministers of the 17 nations with the highest CO2 emissions will carry on negotiating.

"This is a unique opportunity to show political will and face up to global warming," said Kim Carstensen, head of the WWF's global climate initiative. "Without new, powerful political impetus at the meetings in September, the climate negotiations could be doomed." 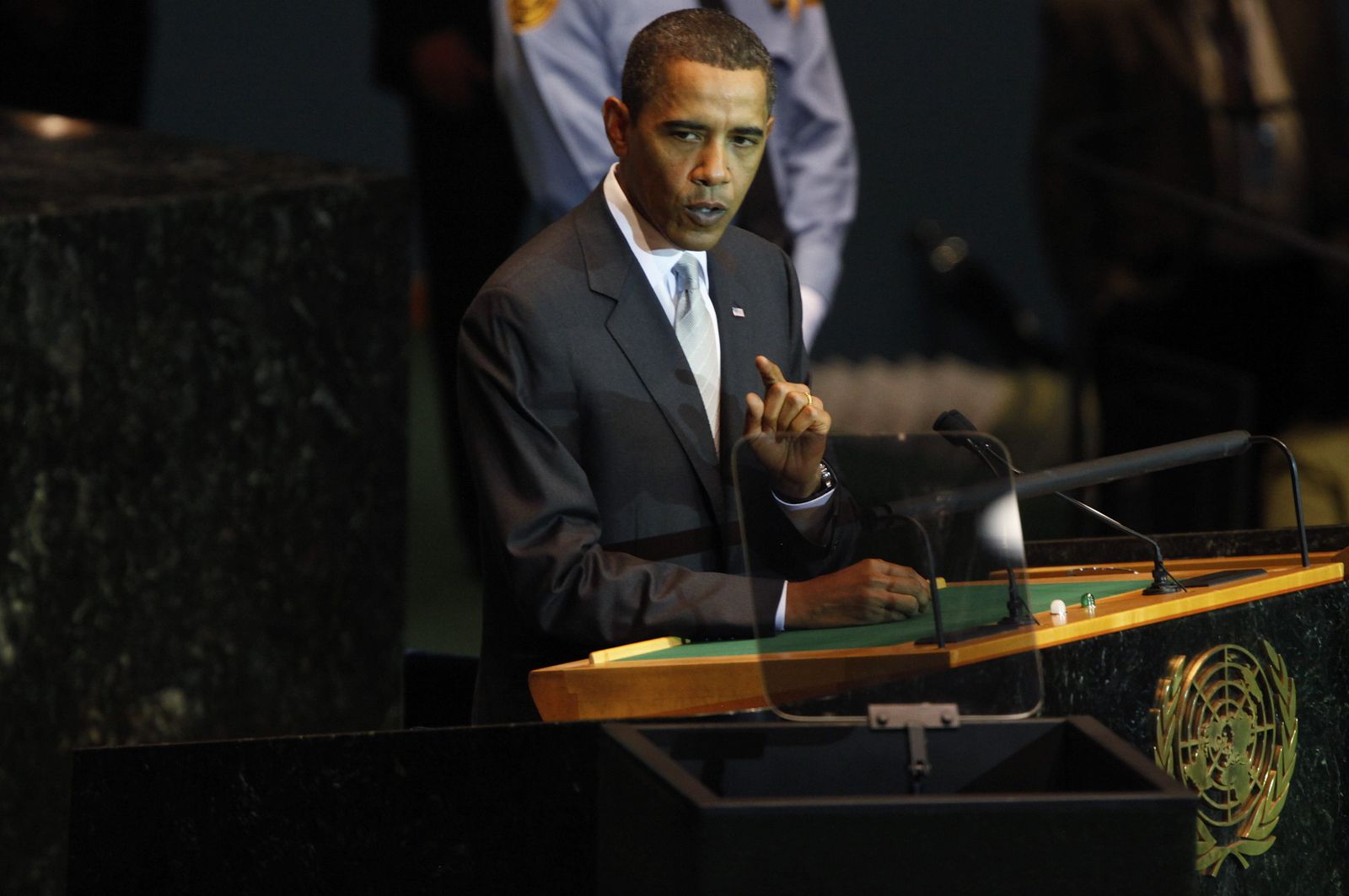