In April 2007, Kurt Beck, then the head of Germany's Social Democratic Party (SPD), suggested that there should be a peace conference for Afghanistan that would include all of the relevant groups, including the Taliban. The idea earned him nothing but scorn. Chancellor Angela Merkel's conservatives vented their ire, and Rangin Spanta, Afghanistan's foreign minister at the time, went so far as to brand Beck clueless.

But now, six years later, Beck's idea is actually being implemented. On Tuesday, the Taliban held an opening celebration for its new office in Doha, the capital of Qatar. The Islamists want to host peace negotiations there with the Afghan government and the White House. Afghan President Hamid Karzai remains coy on the issue, but talks between the Taliban and the US government are supposed to kick off within the next few days.

The parties to the conflict have already been holding secret talks for some years, and representatives have also met in Germany on several occasions. But now, for the first time since the beginning of international military intervention in the Hindu Kush in 2001, the Taliban will take an official seat at the negotiation table. The extremists had refused to participate in any of the previous Afghanistan conferences, which have been held at irregular intervals.

Can There Be a 'Moderate Taliban'?

But now things have changed. The United States and its allies are planning a semi-orderly withdraw of combat troops from the troubled country. At the same time that the Taliban opened its office in Doha, Karzai announced that the Afghan army had officially taken over responsibility for security in the entire country from the International Security Assistance Force (ISAF), the NATO-led security mission in Afghanistan. By the end of 2014, almost 100,000 foreign soldiers are supposed to have pulled out of Afghanistan, leaving only military trainers behind.

NATO countries hope that they can at least leave behind a country that isn't steeped in chaos. In 2001, the West set lofty goals for Afghanistan, including implementing democracy, safeguarding human rights and fostering responsible governance. But the states contributing forces to ISAF gave up on achieving such goals long ago. The United States has signalled that the Taliban will be allowed to do what it wants as long as it refrains from allowing international terrorists to seek refuge in the areas it controls.

The oft-expressed distinction between "moderate" and "radical" Taliban elements straddles precisely this border. On the one side, there are the Taliban members who want to usher in a global Islamic empire with the help of al-Qaida. On the other are those who would be satisfied with ruling in Kabul.

What unites both groups is their disregard for the rights of women and minorities. Human Rights Watch is already painting a grim picture of the future of women's rights in the country, and Amnesty International is complaining about extensive violations of human rights. In its annual report, the latter said that women and girls are already being subjected to particular and repeated violence.

For some time now, the Taliban has held de facto control over a number of areas, particularly in the border region with Pakistan in the eastern part of the country. There, they are increasingly imposing what they view as a lawful Islamic order. Part of this implementation process is being carried out with the sword. Just last week, extremists in the southern province of Kandahar decapitated two children accused of spying for Afghan security forces. The following day, they launched their biggest bombing attack in more than a year outside the Supreme Court building in the heart of Kabul, killing at least 17 civilians and wounding 39 others.

A study released by the Bundeswehr, Germany's military, at the end of May testifies to just how bad the security situation has gotten. It reports that the number of attacks on troops and civilians saw a year-on-year jump of some 25 percent in 2012.

With its attacks and expanding power, the Taliban has grown more confident. At the opening of the new office in Doha, Taliban representatives posed under a banner bearing the words "Political Office of the Islamic Emirate of Afghanistan." This is the same name that the country had between 1996 and 2001, when the Taliban held power in Kabul.

On Thursday, pressure from the United States and others led the group to rename the office the "Political Office of the Afghan Taliban." Doing so openly depicted the Taliban as a parallel government that President Karzai was now supposed to come to an agreement with about sharing power.

The move incensed President Karzai, who viewed it as an affront to his government's sovereignty. On Wednesday, he withdrew his delegation from the talks. However, according to the Associated Press, Karzai is now willing to join the talks as long as the Taliban flag and nameplate are removed from the office and the US government sends him a formal letter of support for his government.

In a speech before leaving Afghanistan on Thursday, German Defense Minister Thomas de Maizière called the Taliban banner "unacceptable" and urged Kabul not to let itself be provoked, according to the AFP news service.

The talks with the Afghan government are even controversial among various Taliban groups. Those opposing them have constantly rejected negotiations with Karzai representatives because they view the president as nothing more than a puppet of the American government.

The Haqqani network, in particular, has pledged only half-hearted support for the talks. This powerful offshoot of the Taliban, which has claimed responsibility for multiple attacks in Afghanistan and Pakistan, also has leverage in the form of a captured US soldier. The extremists have held Sgt. Bowe Bergdahl since 2009. They are now threatening the talks' chances of success, and even whether they will be held, by demanding that five Afghan prisoners be released from the military prison in Guantánamo Bay in exchange for Bergdawl. A Taliban spokesman in Qatar told the New York Times on Thursday that the exchange would be a way to "build bridges of confidence." However, the paper also noted that the five Taliban members "are considered to be among the most senior militants at Guantánamo and would otherwise be among the last in line to leave."

On the Taliban side, the efforts toward dialogue would presumably be led by the so-called Quetta Shura. This body, which operates mainly from Pakistan, is viewed as the political leadership of the Taliban movement. It is reportedly still headed by Mullah Mohammed Omar, the very man that the US and the Afghan Northern Alliance drove from power in Kabul in 2001.

It's possible that Omar might be back in power before long. The negotiations aim to form a new Afghan government with the Taliban as part of it. In return for official political recognition, Karzai and US President Barack Obama demand that the Taliban profess allegiance to the Afghan constitution of 2004. But the Islamists only recognize a 1,300-year-old document as their constitution: the Koran. This, of course, makes it difficult to find a compromise.

Pakistan will play a decisive role in determining whether the talks bear fruit. The government and the military in Islamabad, and particularly the ISI military intelligence service, continue to exert a major degree of influence on the Taliban. Pakistan has repeatedly declared that its "legitimate interests in Afghanistan" must continue to be protected even after the ISAF troops withdraw. As a result, the talks in Doha will only lead to a breakthrough if Afghanistan's powerful neighbor is satisfied with its outcome. 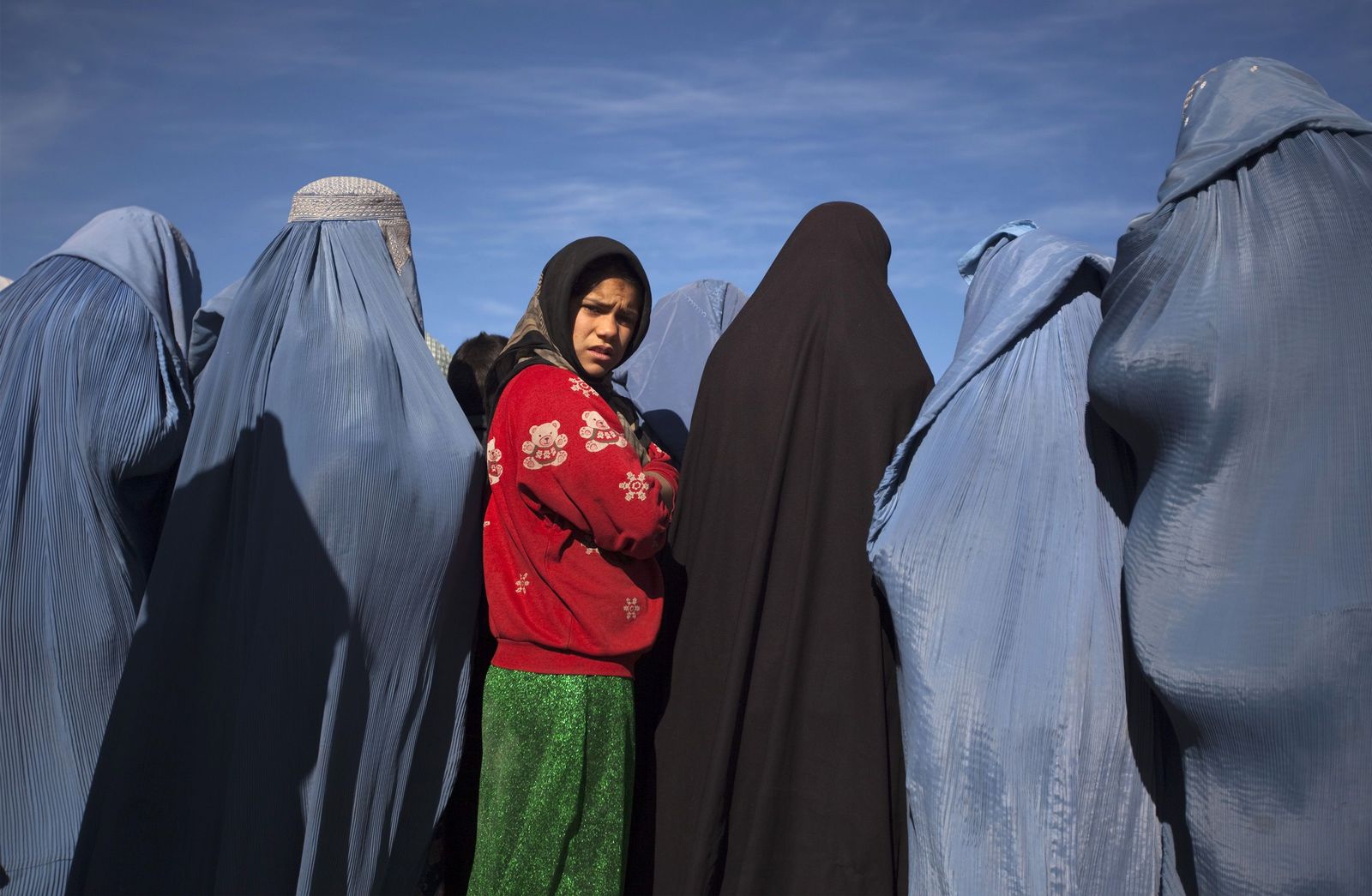 Human rights groups warn that US talks aimed at getting the Taliban involved in politics could further harm women's rights in Afghanistan.