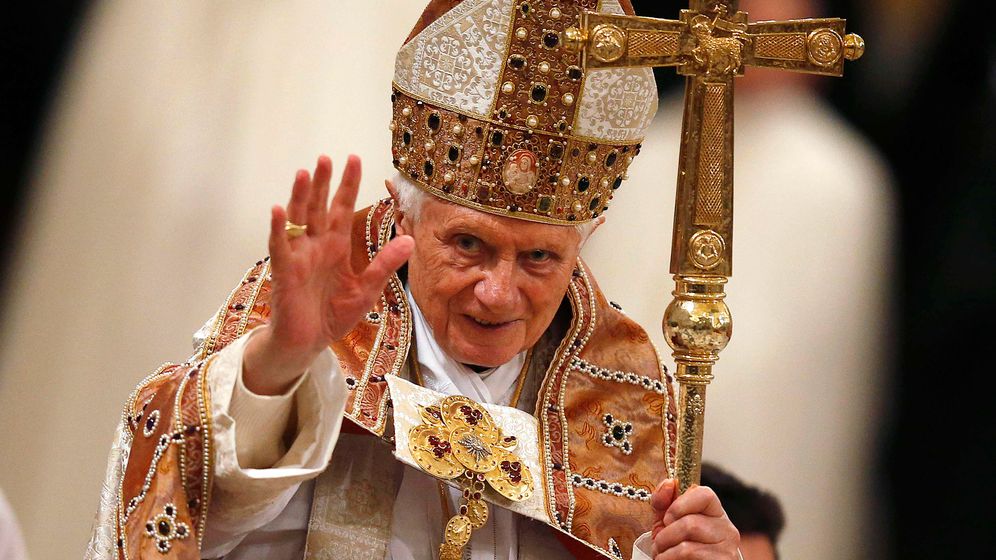 Photo Gallery: Benedict XVI's Path to Pope and Back

The Vatican on Monday confirmed reports published by respected Italian media that Pope Benedict XVI of Germany would step down from his position on Feb. 28.

In a statement, the pope, who is 85 years old, said his old age was his reason for resigning from the papacy. "After having repeatedly examined my conscience before God, I have come to the certainty that my strengths, due to an advanced age, are no longer suited to an adequate exercise of the Petrine ministry," he wrote in a statement. Pope Benedict also said he was "well aware of the seriousness of this act."

In Germany, Chancellor Angela Merkel thanked Pope Benedict XVI for his work as the head of the church and said she had the "utmost respect" for his decision to step down. Benedict XVI, she said, "is and remains one of the most important religious thinkers of our time." If he is too weak to fulfil his duties, she added, one must respect that. "In an era in which people are living ever longer, many people can understand how the pope is having to deal with the burdens of aging," the chancellor said. She also honored the pope for reaching out a hand to Jews and Muslims and supporting a dialogue between the Catholic Church and those religions. Merkel also described an address given by the Pope in 2011 to the German parliament as one of the great moments of his papacy.

Archbishop Robert Zollitsch, chairman of the German Bishops' Conference, the governing body of the Catholic Church in Germany, also issued a statement describing Benedict's move as a "major humanitarian and religious gesture."

"We German bishops thank the Holy Father for his services on the throne of St. Peter and are filled with great respect and admiration for his decision," he added. Zollitsch said he had been "deeply moved" by news of the resignation. "We will miss him," he said.

It wasn't only praise that Benedict drew in his home country, however. Indeed, he has been a lightning rod of controversy here several times during his term. Volker Beck, the parliamentary secretary of the Green Party, described his papacy as one of "missed opportunities." Beck, who is openly gay, accused the pope of pushing his church back in time and criticized Benedict XVI for lifting the ex-communication of the "anti-Semitic oriented" Society of St. Pius X. "We expect a successor who is concious of his responsibility when addressing Jews, Muslims, homosexuals and women and who unites rather than divides societies," Beck said.

And German theologian Hans Küng, perhaps the world's best-known critic of Benedict XVI, said he had "respect" for the pope's decision to step down. He said the move was "understandable on many accounts." But he also expressed his hope that "Ratzinger will not try to steer the choice of his successor." Küng said Benedict XVI had appointed so many conservative cardinals during his time in office that it would be "difficult enough to find a candidate who is truly capable of leading the Church out of the manifold crises in which it currently finds itself."

A short time ago, Benedict XVI indicated that he could imagine stepping down at some point for health reasons. "He wanted to spare us the kind of pitiless and inhuman spectacle that we experienced with John Paul II," said Italian philosopher and politician Marcello Pera, a long-time friend of the German pope and a member of the Silvio Berlusconi's Popolo della Libertà (PdL) party.

The pope's own brother, Georg Ratzinger, told German news agency DPA that "his age is weighing on him. At this age my brother wants more rest."

The fact that the current pope originates from Germany has been a source of considerable pride for many Germans since Benedict XVI, born Joseph Ratzinger, was appointed in April 2005. After his selection as the church's 265th leader, the tabloid daily Bild famously ran the words "Wir sind Papst!", or "We're the pope," on its front cover. Ratzinger was born in 1927 in the Bavarian city of Marktl am Inn. British tabloids, for their part, preferred to focus on Ratzinger's membership in the Hitler Youth during World War II. Ratzinger was forced to join upon turning 14 in 1941.

Benedict is the first pope to resign since Celestine V., who voluntarily abdicated the papacy just months after he became the leader of the Catholic Church in 1294.

After leaving the Catholic Church's highest position, Benedict said he wished to "devotedly serve the Holy Church of God in the future through a life dedicated to prayer." Vatican spokesman Federico Lombardi said Monday that the pope would move to a cloister within the Vatican after he leaves office. During a transition period, he is to live in the papal summer residence of Castel Gandolfo near Rome.

Lombardi said the Catholic Church wants to name a successor to Benedict XVI by Easter. He said the conclave that will select the next pope could begin its work 15 to 20 days after Benedict's abdication.

32 Bilder Photo Gallery: Benedict XVI's Path to Pope and Back 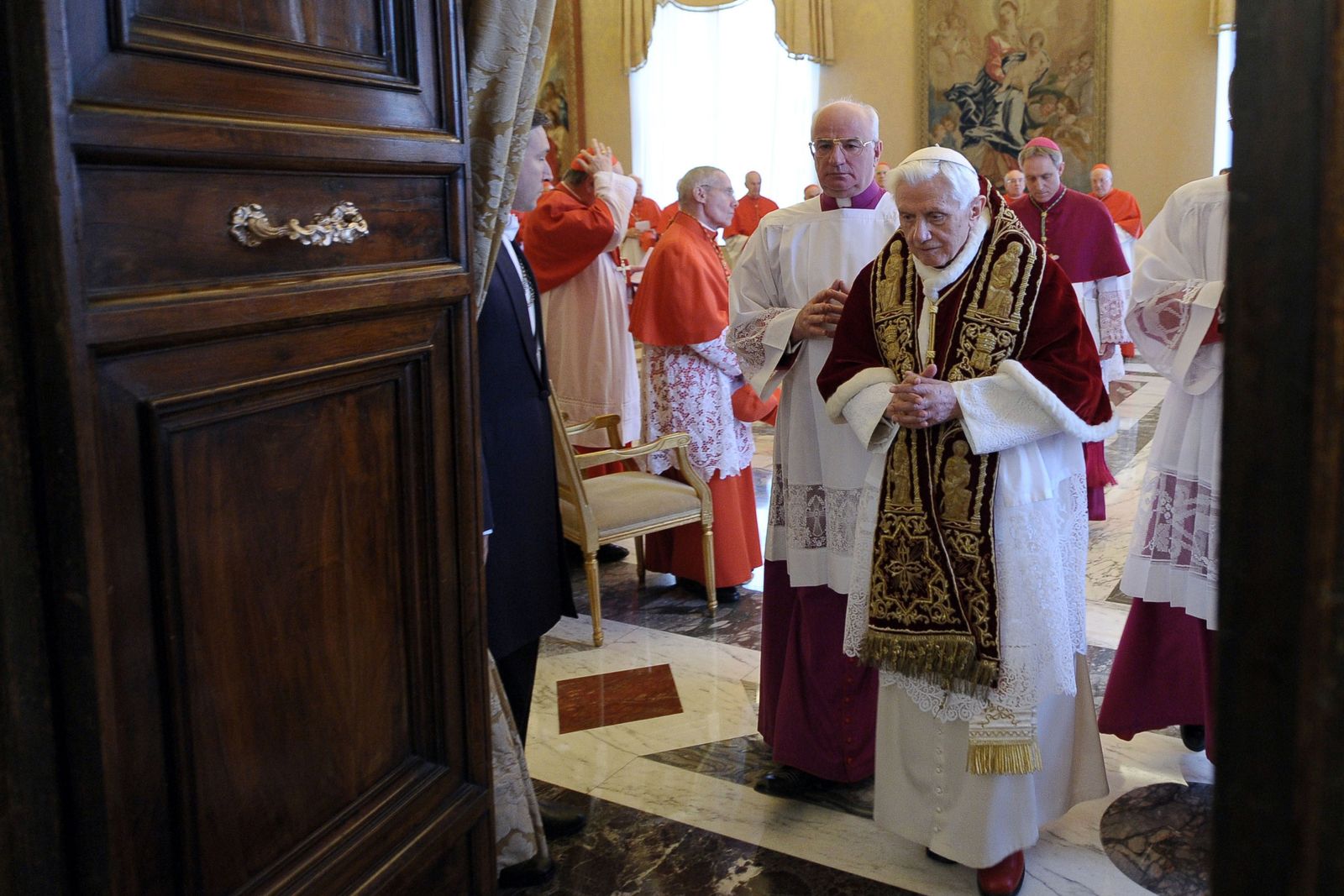 Pope Benedict XVI noted in his statement that he is "well aware of the seriousness of this act," but that "his strengths, due to an advanced age, are no longer suited to an adequate exercise of the Petrine ministry."