Although a large part of Libya's army has defected and joined the rebel forces, its air force appears to have remained almost completely loyal to Moammar Gadhafi. Indeed, it is one of the main factors still propping up the regime and the most serious threat to the insurgents who control the eastern part of the country.

Libya's air force is made up of roughly 18,000 men and women, most of whom are staunch supporters of the regime. The elite military branch recruited from followers who were 100 percent loyal to the regime, and members of Gadhafi's Gadhadfa tribe and its closely allied Magariha tribe were given preference during the selection process for recruits. They have shown a blind obedience to their commander in chief. Only a handful of pilots and officers have switched sides to join the opposition.

In return for their loyalty, Gadhafi has always made sure that members of the air force received the best training and equipment. The fighter wing is reportedly made up of roughly 100 MiG-21 and MiG-23 fighter jets as well as 15 Mirage F-1 and 40 SU-22 planes. The arms depots are thought to be filled to the rafters with munitions.

The planes' missiles are from the arsenals of the former Soviet Union or of more recent Russian makes, according to a report by the Washington-based Center for Strategic and International Studies. The report also states that Libya's air-defense system is very well equipped. As Lieutenant-General David Deptula, who recently retired from his position as an air force expert at the Pentagon, told Britain's The Economist, if the West decides to impose a no-fly zone over Libya, the country's surface-to-air missiles (SAMs) could present a serious danger to Allied jets.

The planes in the Libyan air force are stationed at 13 bases spread throughout the country. The bases are also home to Russian Mi-25 attack helicopters, which can be a deadly weapon both in open country and in urban combat. Rebel forces advancing on Tripoli, the capital city, should expect to encounter massive firepower from these helicopters. 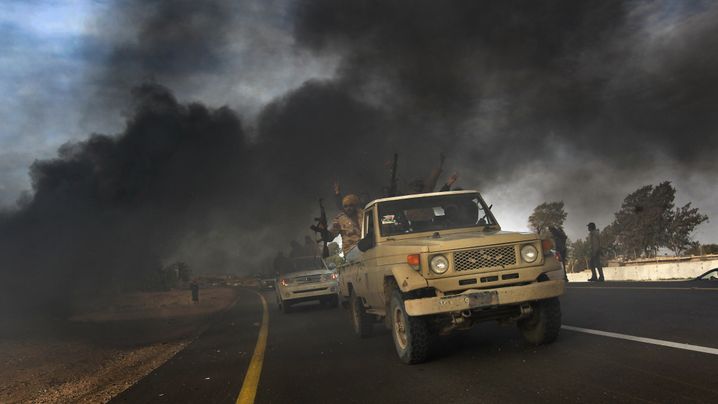 Photo Gallery: The Dictator Strikes Back

In the end, however, the really decisive factor in the battle might turn out to be the large number of military transport aircraft that Gadhafi purchased from Russian and American manufacturers. In just a few hours' time, the seven squadrons of helicopters and transport planes can ferry government units and reinforcements to scenes of fighting anywhere within the country. The rebel army forming in the eastern part of the country also has almost nothing to counter them with. Although it has a handful of bombers that defecting pilots landed in enemy territory, the only thing it has to supply and transport its own forces are trucks and civilian vehicles.

For the moment, however, Gadhafi has held back from sending his elite troops into the fight. Granted, on Thursday, his warplanes bombed the eastern port city of Brega for the second day in a row. But that is only a small taste of what the Libyan air force is capable of.

Experts see Gadhafi's apparent decision to hold his pilots back in a reserve capacity as a tactical maneuver. "There have been no large massacres, air power is being used in a calculated way and he is launching probing attacks," Shashank Joshi, a military specialist at London-based think tank the Royal United Services Institute, told the New York Times. Even if Gadhafi has appeared somewhat mentally unstable during his recent televised appearances, Joshi believes Gadhafi's tactical maneuvers do not show "the decision-making of a man totally out of touch with reality."

For now, it is also unclear just how many of the 45,000 ground troops have defected to the opposition. The fact that entire regiments have apparently deserted in eastern Libya appears to have been something that Gadhafi correctly anticipated. Gadhafi has never trusted his army, because it was primarily made up of conscripts, many of whom belonged to tribes opposed to his own. "Gadhafi has retained significant elements of the army and lost the elements he was always afraid he could lose, those affiliated with tribes he had targeted," George Joffé, an expert on North Africa at Cambridge University, told the New York Times.

Having come to power himself through a military coup in 1969, Gadhafi has surely calculated that he could one day face a putsch himself. As a hedge against the danger of an uprising, Gadhafi has always made a point of providing regiments in the notoriously rebellious east with poorer training and older equipment. What's more, he has supposedly also built up a parallel army consisting of up to 20,000 mercenaries from sub-Saharan Africa.

Libya could now be facing civil war. If Gadhafi should decide to continue fighting, the rebels' chances of victory are slim, argues Yehudit Ronen, a Libya expert at Israel's Bar-Ilan University. "The anti-Gadhafi alliance can only rely on the soldiers who have defected," Ronen says. Even if these soldiers were reinforced by volunteers, she adds, they would be facing an almost invincible enemy: the air force and the mercenaries, who have nothing to lose. Ronen predicts that the fighting will last a long time and that, afterwards, Libya "will no longer be like it once was." 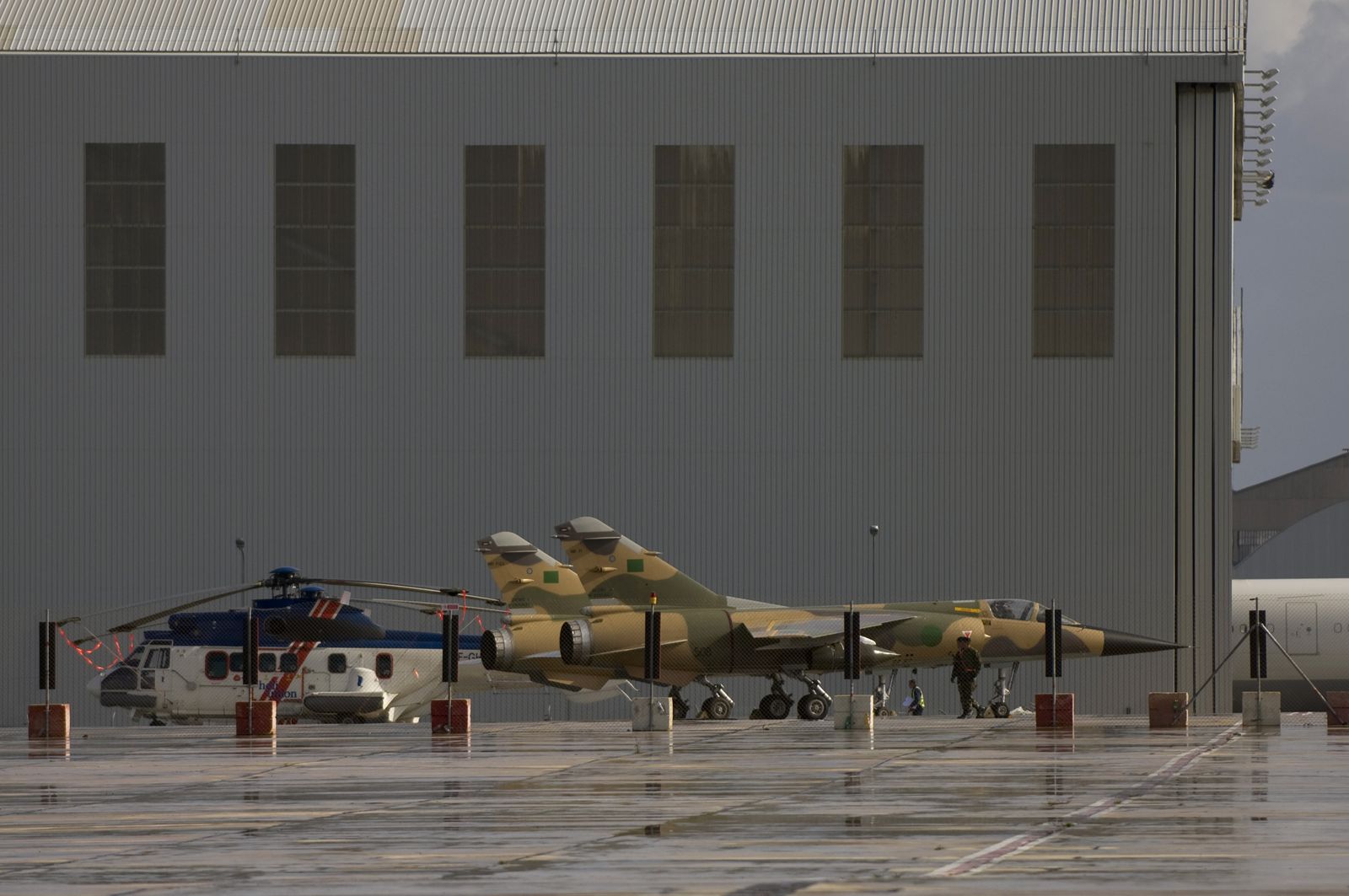