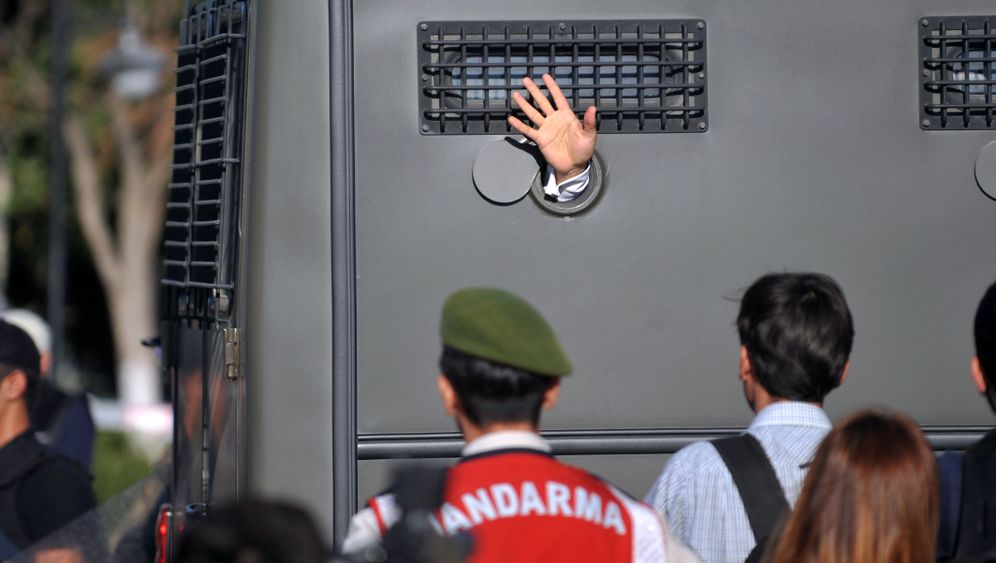 Ergenekon is the name of a valley in the east of Turkey. Legend has it that the few Turks who survived a disastrous defeat fled there, grew into a strong nation and emerged under the leadership of a gray wolf to found a great empire. Many secular nationalists like the story. The wolf is their emblem.

Now, in a mammoth trial -- one of the most controversial in Turkey's history -- Turkish Prime Minister Recep Tayyip Erdogan has killed the wolf. The proceedings came to an end on Monday with verdicts and long jail sentences for dozens of the 275 defendants in the so-called "Ergenekon" trial.

From the government's point of view, Ergenekon is a network that was plotting a coup. Murders and attacks were to spread fear and chaos --and give the army an excuse to bring down Erdogan to restore peace and order.

The alleged members were described as traitors and terrorists. The defendants mainly included members of the military but also lawyers, authors, journalists and opposition politicians.

The highest ranked defendant, former chief of staff General Ilker Basbug, was sentenced to life in prison. The court ruled that he was the leader of the Ergenekon group and was primarily responsible for the planned coup. Basbug called the accusations "tragicomical." Several other officers had already been convicted last year for supposedly plotting a coup.

The convictions would seem to be consistent with Erdogan's stated goal of curtailing the political influence of the once all-powerful generals. Indeed, at first glance it's an understandable aim given that the army staged three coups in recent decades and regards itself as the true guardian of the national interest.

But the evidence was questionable, and in some cases non-existent. The government hasn't targeted a small, secret group of conspirators but half the military leadership. Many author, journalists, lawyers, businesspeople and opposition politicians are in jail. Erdogan, many critics are convinced, is waging a witchhunt against his political opponents.

The trial is symptomatic of an insecure, divided republic where modernisation and Islamization are advancing in equal pace. The divisions aren't always clear and they often zig-zag: here the ordinary people, there the intellectuals; here the religious, there the secularists; here the Kemalists, there the Erdogan supporters. Erdogan has turned the former military dictatorship into a police state.

The story that Ergenekon was part of an even greater conspiracy called "Deep State"-- aimed at bringing the generals back to power -- has become steadily less credible. Erdogan, who has been in power since 2003 and who won a third term in july 2011, increasingly resembles a power-obsessed ruler bent on silencing all opposition. Critics say his aim isn't to submit the military to democratic rule but simply to cement his own grip on power.

The intimidation and the number of arrests has steadily risen in the last 10 years. Many journalists no longer dare to report what's really happening, authors avoid making public appearances and government critics need bodyguards. The anti-terrorism law is an effective instrument of power for the government as the supposed terrorist threat is an accusation that's hard to disprove. It plays on a deep-rooted fear among Turks that someone is trying to destabilize and damage the nation.

While intellectuals deplore the curbs on press freedoms, many Turks continue to applaud Erdogan when he cracks down on supposed enemies of the state. "We show a firm, courageous stance in order to free our country and our people from being troubled by gangs and mafiosi," he said recently, according to the Turkish daily Hürriyet. "No one stands above the law. We are determined to combat illegal gangs."

It is indeed difficult to ignore the string of political murders that Turkey has seen in recent years. The journalist Nedim Sener says the attacks and killings were masterminded by people in government agencies. "The latest protests in Turkey and the reaction show the mindset this government still has," he says.

He has been punished for his criticism: He spent a year in jail and is alleged to be a member of the Ergenekon network.

New York author Paul Auster said a year ago he wouldn't visit Turkey because so many authors and journalists are in prison there for no reason. Erdogan retorted that he had no idea who Auster was and sarcastically remarked: "Oh, we need you very much!"

The general secretary of the ruling, conservative-Islamic AKP party sided with Erdogan. Auster, he said, was probably part of the Ergenekon plot. 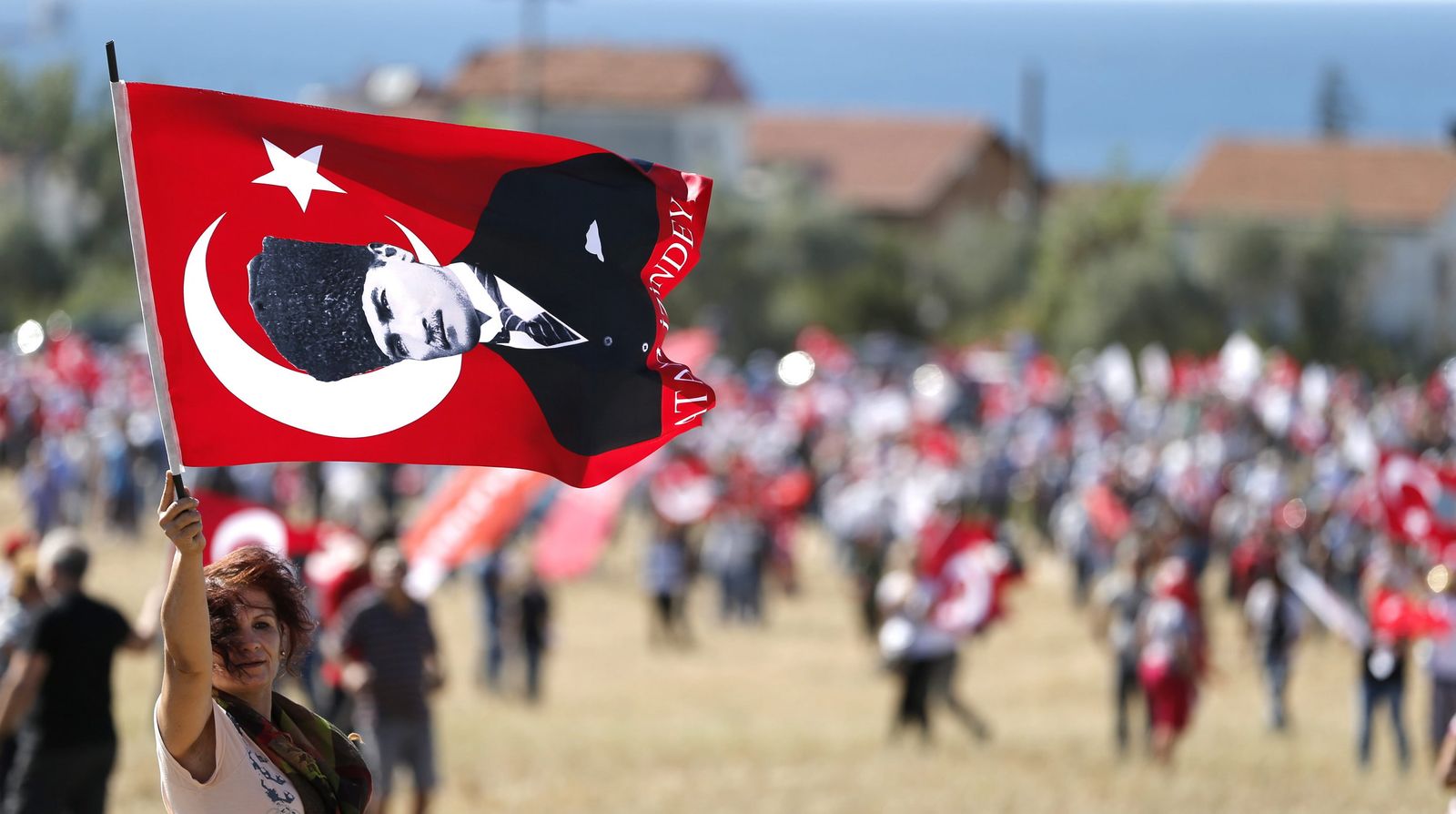 A secular protestor holding a Turkish flag during a demonstration outside the court. Prosecutors say an alleged network of secular nationalists, code-named Ergenekon, pursued killings and bombings to trigger a military coup. Erdogan and his AK Party have vowed to stamp out anti-democratic forces in the military.