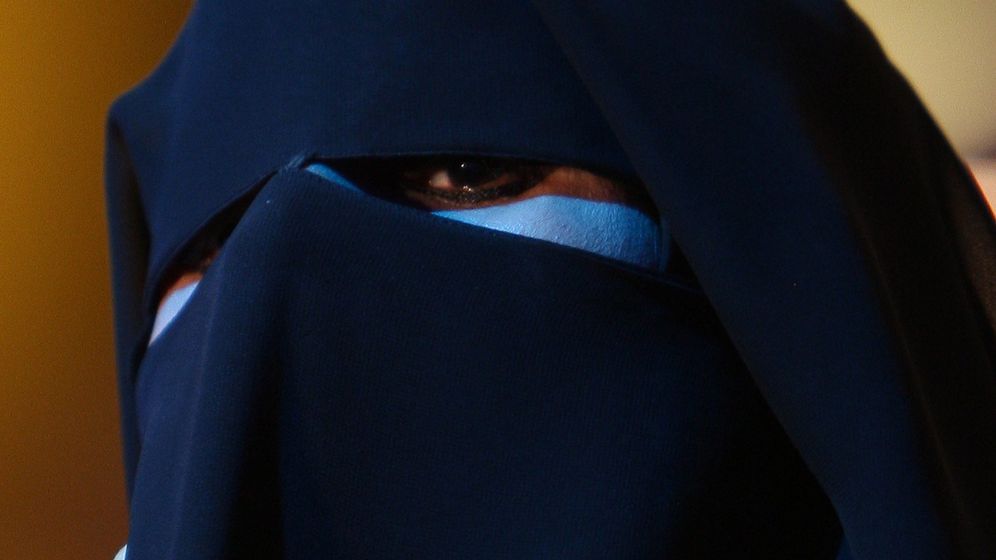 Photo Gallery: Poet without a Face

The show is called "The Million's Poet." It follows the same format as casting shows like "American Idol." The winners are eventually chosen from among several thousand candidates, and the program is broadcast live. There are also qualifying rounds, audience voting via text message and a jury.

But there are differences, of course. For instance, the jury consists of poets, not celebrities from the world of pop. Instead of looking at contestants' personal appearance or singing voice, the judges consider their use of rhetorical devices and metaphors. And in this show, it's not easy for the audience to clap along with the rhythms.

"The Million's Poet" is probably the only poetry mega-show in the television age. It attracts a TV audience of 18 million viewers, from Cairo to Muscat to Amman. The winner receives an unusually large cash prize of about $1 million ($745,000), which is more than the Nobel committee awarded the winner of the Nobel Prize in Literature last fall.

Hissa Hilal knows what she would do with the money, but she prefers not to reveal that just yet.

Hilal is a 43-year-old woman, with dark eyes and -- presumably -- dark hair, who likes to wear floral dresses. Her exterior appearance doesn't permit a more detailed description than that. Her figure is hidden under a niqab, or full-body veil, although a bit of the dress she is wearing underneath is sometimes visible.

It is impossible to imagine the face of the poet.

She is the only woman who has ever made it into the finals of the "Million's Poet" competition. She is also a woman from Riyadh in Saudi Arabia, where women are treated as second-class citizens and are not permitted to address men.

She stands a good chance of winning the contest. The jury awarded more points to Hilal in the qualifying rounds than to any other contestant. But she was behind in the text-message vote, perhaps because women in the Middle East are less likely than men to have mobile phones.

Poetry without a Face

It's the day before the final decision. On the following day, Hilal, invisible underneath her niqab, will be broadcast live to 18 million households. She will speak, while women at home are declared incapable of managing their own affairs.

Except to female friends and family members, Hilal has never recited any of her poems in any other way than through a piece of black material. Is this even possible, poetry without a face? "It's more difficult, of course," she says. "People want to see my expression. They want to know whether I am smiling. I would like that. I hope it changes."

Her voice, divorced from her mouth and facial expressions, also seems to come out of nowhere. Only her hands provide expression, fluttering up from her lap as she speaks.

Hilal is no heretic. She says that she is a simple woman who loves the music of language. "I come from a Bedouin tribe. I respect tradition. Otherwise I would lose everything," she says.

"Her strength lies in the invention of images," says Sultan al-Amimi, president of the Abu Dhabi Poetry Academy and one of the jurors. He believes that Hilal is the favorite. "Her poetry is powerful. She always has a message and a strong opinion, even on controversial subjects."

'I Have Seen Evil from the Eyes of the Subversive Fatwas'

Nabati is the traditional poetry of the Bedouins, their equivalent of the blues or the chanson. Nabati are the epic songs of the desert tribes, simply constructed and usually performed orally. The ruler of Dubai, Sheik Mohammed Bin Rashid Al Maktoum, also writes Nabati poems.

The poetry show is intended to keep the Nabati tradition alive. The prize money comes from the Abu Dhabi Authority for Culture and Heritage. Ultimately, it comes from oil money.

Hilal entered the semifinal with a poem about fatwas. A few weeks earlier, a prominent Saudi cleric had ruled that anything that advocated the mixing of genders was worthy of condemnation -- and that anyone who opposed strict segregation of men and women should be put to death.

'Barbaric in Thinking and Action'

Hilal's response emerged from behind her veil in the form of simple, rhymed dactyls, but marked by an openness that attracted attention throughout the entire region:

"I have seen evil from the eyes of the subversive fatwas / In a time when what is lawful is confused with what is not lawful / When I unveil the truth, a monster appears from his hiding place / Barbaric in thinking and action, angry and blind / Wearing death as a dress and covering it with a belt / He speaks from an official, powerful platform, terrorizing people / And preying on everyone seeking peace."

The final has been postponed, due to a gliding accident involving one of the sheiks. Hilal is waiting with her family in a hotel in Abu Dhabi.

But Hilal doesn't mind waiting. In Saudi Arabia, women cannot sit in a café unaccompanied by a husband or brother. Until 10 years ago, says Hilal, she couldn't even leave her house alone.

Some things have changed since the Kuwait war, she says. Her 11-year-old daughter speaks the English of American television series, and she is familiar with talk-show host Oprah Winfrey. And yet even successful businesswomen arriving at an airport today must still wait, like small children, until an authorized man comes to pick them up, because women are prohibited from driving. In February, the media were filled with the story of a 12-year-old girl who had tried to obtain a divorce from her 80-year-old husband.

"I love my country," says Hilal. "But I'm worried that people are cloaking their own psychological problems, their envy and their narrow-mindedness in religious language, in order to confuse people. They attack me," she says, "but I fight." She raises her hands, tightens them into fists and mimics boxing.

She wrote her first poems at the age of 12. "My brother discovered my notebook and shouted: She's writing poems! My father ordered him to burn everything. I was devastated."

Writing under a Pseudonym

She sent her writing to magazines under a pseudonym, and she was published. She used the proceeds from her first published pieces to buy a fax machine, so that she could write articles for arts sections from home. She always wrote under a pseudonym. "It was wonderful to read, from my hiding place, what other people were writing about me."

She later published a book, under her own name, about women in traditional Bedouin poetry. She has four children, and her husband publishes a literary magazine.

Recently someone wrote a poem about Hilal herself, which has been circulating on the Internet. The author is a model pupil of the cleric who had issued the fatwa against gender mixing. The poem is apparently written in beautiful Arabic: "Here she is, prattling, blathering and chattering, without watching her words / Supported by a million devils broadcasting her ideas."

'The Only Faceless Contestant'

It is late in the afternoon on the day of the final decision, Wednesday, April 7. The Raha Theater is a gleaming palace a good distance from the city, with incredible cars parked outside. For the local elite, "The Million's Poet" is the social event of the week. The women are wearing black silk full-body veils with high heels, but their faces are uncovered, made up to the tips of their eyelashes. The men, without exception, are wearing gleaming white dishdasha robes. The sexes are divided at the entrance, so that the left side of the auditorium ends up looking like a sea of black robes and the right side a sea of white robes.

Hilal is sitting behind the stage with her daughter. She is smaller and older than the other four finalists. And she has a handicap: She is the only faceless contestant.

The male contestants don't have this problem. Their faces are young and likeable, smiling and looking simultaneously excited, proud and shy. The cameras zoom in on their faces. Even before the men sit down in the poets' seats, they wholeheartedly thank the sheikh and the jury, with a self-confidence that stems from centuries and generations of unlimited patriarchy. "I can't win," says Hilal. Then the show begins.

A clean-shaven youth from Kuwait recites an ode to the founder of the Emirates, Sheikh Sajid. The poem is meant to convey the wisdom of age and compares him to "a falcon controlling the sky." The audience applauds each metaphor, and the jury is impressed and asks the candidate to sing another song, this time in honor of the head of the Abu Dhabi government, which he does. A second Kuwaiti, surrounded by flashes of lightning, recites a conversation with his son: "With sunset and with sunrise of the great Eid / Look at my wounds well, for you are my healer."

Then Hilal walks onto the stage. She recites verses she wrote two days earlier in a city park. In her poem, a person under attack addresses her own poem: "You have a waving wing / You will not be betrayed by your open skies."

She speaks loudly, with a somewhat hoarse voice. The lines find their rhythm, the audience claps. There are even cheers, and not just from the black half of the auditorium. But something is missing.

It isn't enough. In Nabati poetry, presentation and expression are crucial. Hilal comes in third place, with the first prize going to the young father who recited his poem during a thunderstorm. "I couldn't win," she says, once she is off-stage. Why not?

The poets, jurors and friends are crowded together on the stage, embracing each other and rubbing their noses together according to Bedouin custom. But there are only white robes on the stage -- all men, no women.

"I couldn't win. Not yet," says Hilal. Her daughter, standing next to her, is holding a stylized crown, the third prize.

Hilal plans to use the money to find a doctor, in Germany or the United States, she doesn't care where. Her youngest daughter is handicapped and is unable to speak. It was the reason Hilal participated in the poetry spectacle. She says it was the most important thing for her: to give someone a voice.