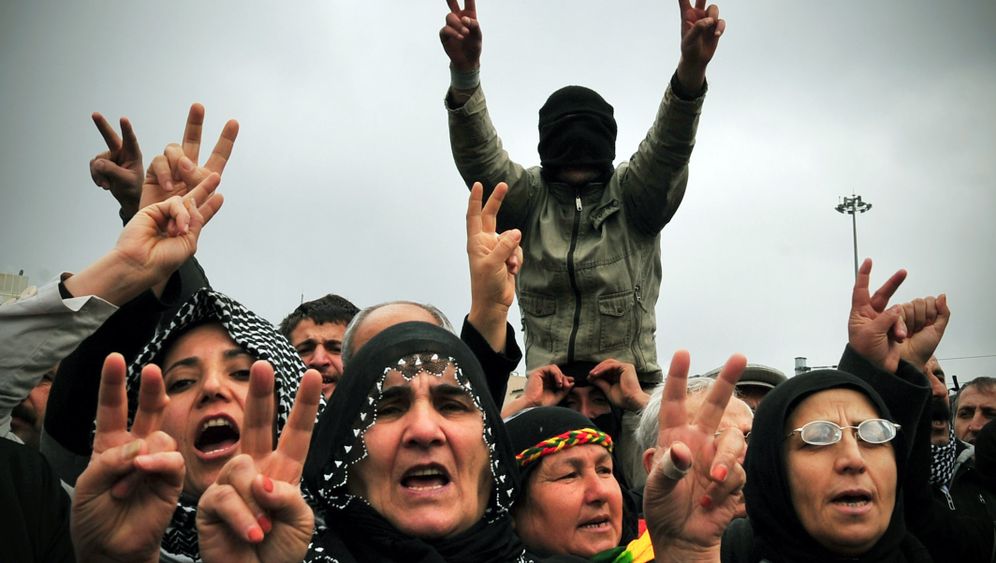 Photo Gallery: Turkey and its Conflict with the Kurds

Since the Kurdistan Workers' Party (PKK) ended its ceasefire in July, it has returned to carrying out attacks across Turkey, killing 30 soldiers and police officers, as well as 20 civilians. Several attacks have shaken the country, including one that killed three people in the heart of Turkey's capital, Ankara; one in which four Kurdish women were killed in the city of Siirt; and the murder in the city of Batman of a pregnant woman, whose unborn child was saved in an emergency operation, only to die two days later.

Markar Esayan, a journalist with close contacts to the Kurdish Peace and Democracy Party (BDP), writes that Kurdish people are afraid of a return to the conflicts of the 1990s. They are afraid they will once again end up caught on the frontline between the PKK and the Turkish Army, dying in the "crossfire," as Esayan puts it. This fear is justified, he writes, since at the moment the PKK is doing everything it can "to provoke a massive reaction from the government and the army." The situation today is even more complicated than it was in the 1990s, since it is unclear where the lines in the current conflict are drawn.

While hardliners within the PKK fan the flames, another faction, including the banned organization's imprisoned former leader, Abdullah Öcalan, remains interested in finding a political solution. Inhabiting a middle ground between the two is the BDP, a legal political party that managed to win 36 seats in the Turkish parliament this June. The party boycotted the parliament, allegedly because six of its parliamentary representatives, currently in detention and awaiting trial, were forbidden by a court order from assuming office. The real reason, however, seems to be that PKK leadership can't agree on whether or not it wants to see Kurdish representation in parliament. The BDP, Esayan writes, "is under enormous pressure from the PKK and is being bounced back and forth like a tennis ball."

For now, the side hoping for a political solution has won out. The BDP decided, after a great deal of back and forth, to end its boycott and participate in the parliament when it reconvened on Oct. 1 after the summer recess.

One BDP representative is Leyla Zana, a politician who had barely been elected to parliament in the early 1990s before she was thrown out again and imprisoned for speaking Kurdish during her swearing in. She wasn't released until 2004. In the elections this June, Zana won a direct mandate in the Diyarbakir Province in southeastern Anatolia.

Widespread outrage in Kurdish society over the death of the four Kurdish women in September surely also played a part in the BDP's decision to end the boycott. The PKK simply shrugged and accepted the deaths as one side effect of its attacks on the police and military. For the first time in years, angry Kurds organized demonstrations, holding up signs directed at the PKK that read: "Not in my name."

Still, the Kurdish members of the Turkish parliament have difficult days ahead of them. President Abdullah Gül showed his support by receiving Selahattin Demirtas, co-leader of the BDP, at the presidential palace the same day the BDP announced the end of the boycott, and by speaking in support of a political solution in parliament on Kurdish issues. But the parliament's first vote will be a harsh initiation for BDP representatives. This week the Turkish parliament is expected to give the government legal authority to invade northern Iraq at any time. The move would allow the government to go after Kurdish rebels based in northern Iraq. All parties except the BDP are expected to vote in favor of the measure.

Since early September, Turkey has been preparing to follow up its air strikes earlier this year on PKK camps in northern Iraq with a large-scale ground offensive. While attending the UN General Assembly in New York last month, Turkish Prime Minister Recep Tayyip Erdogan met with both US President Barack Obama and Iranian President Mahmoud Ahmadinejad to discuss possible military action. Meanwhile, Turkish diplomats in Baghdad and in Irbil, the capital of the autonomous Kurdish region in Iraq, are pushing for support in the fight against the PKK.

An invasion would destroy the hope of a political solution. PKK hardliners are hoping for precisely that, while more level-headed voices in the media are warning Erdogan not to fall into the trap.

In a major speech to parliamentary representatives from his Justice and Development Party (AKP) last week, Erdogan presented something of a double strategy. "We will fight terrorism to the very end," the prime minister declared to his party members, "but we will also negotiate with those who want a political solution."

So far, such negotiations haven't yielded results. Even those Erdogan had his intelligence chief conduct with Abdullah Öcalan in prison and with prominent PKK representatives in Oslo in 2010 have proven fruitless.

Now everything depends on how Erdogan handles the BDP representatives in the parliament. "President Gül can paint the big picture," writes Yavuz Baydar, a pro-government journalist, "but Erdogan holds in his hand the key to a solution." The question is whether or not the prime minister will set aside his harsh rhetoric against the BDP and meet key Kurdish figures halfway.

"The long overdue solution to the problem," Baydar concludes, "depends on which kind of 'playing with fire' Erdogan chooses."

7 Bilder Photo Gallery: Turkey and its Conflict with the Kurds 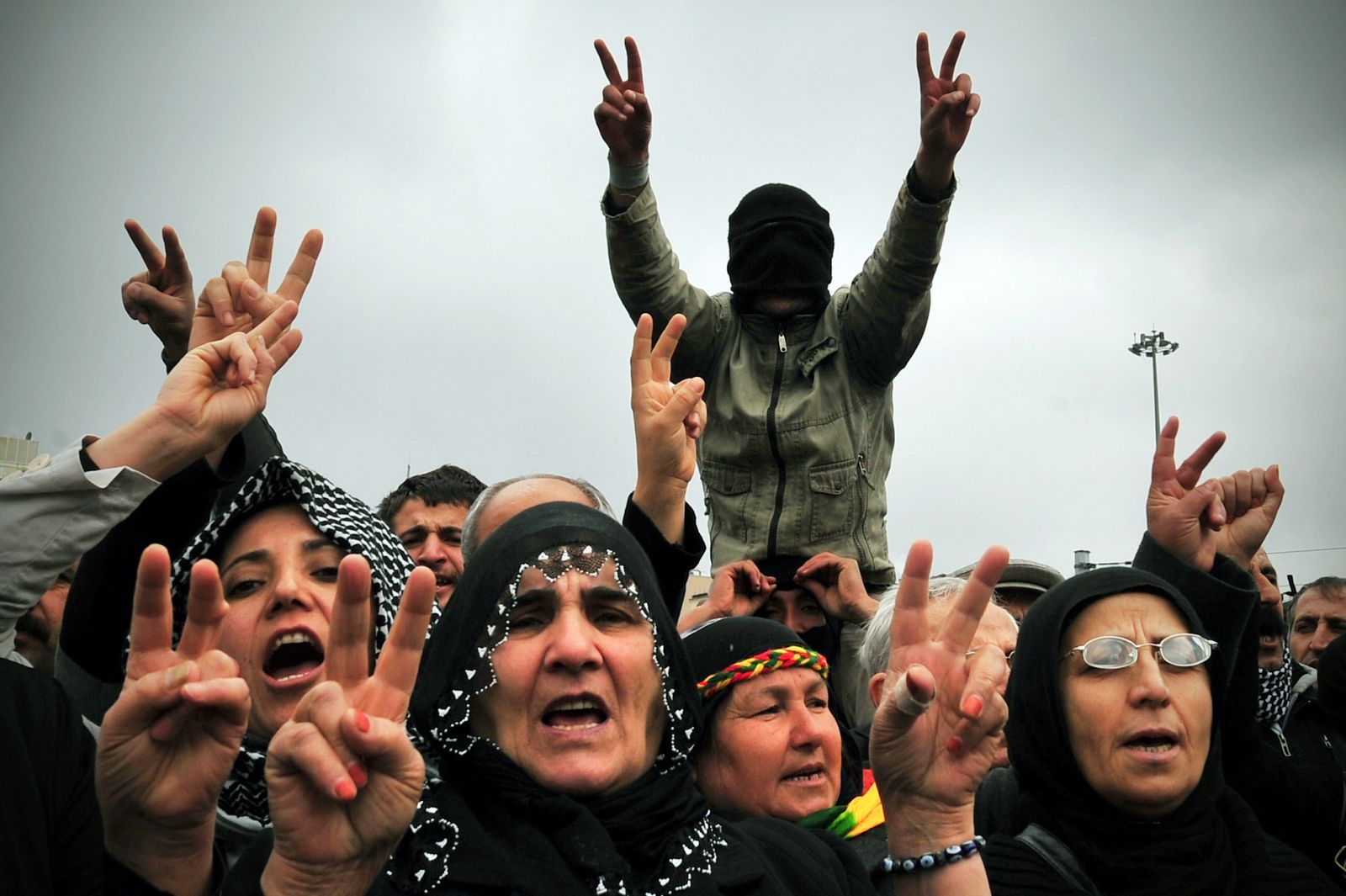 Kurdish protestors demonstrate in Istanbul in April 2011 against a decision by Turkey's electoral board barring prominent Kurdish candidates from running for office during parliamentary elections. The conflict with the Kurds has been a long-standing issue in Turkey. But when the Kurdistan Workers' Party, or PKK, ended its ceasefire in July, violence across the country escalated. 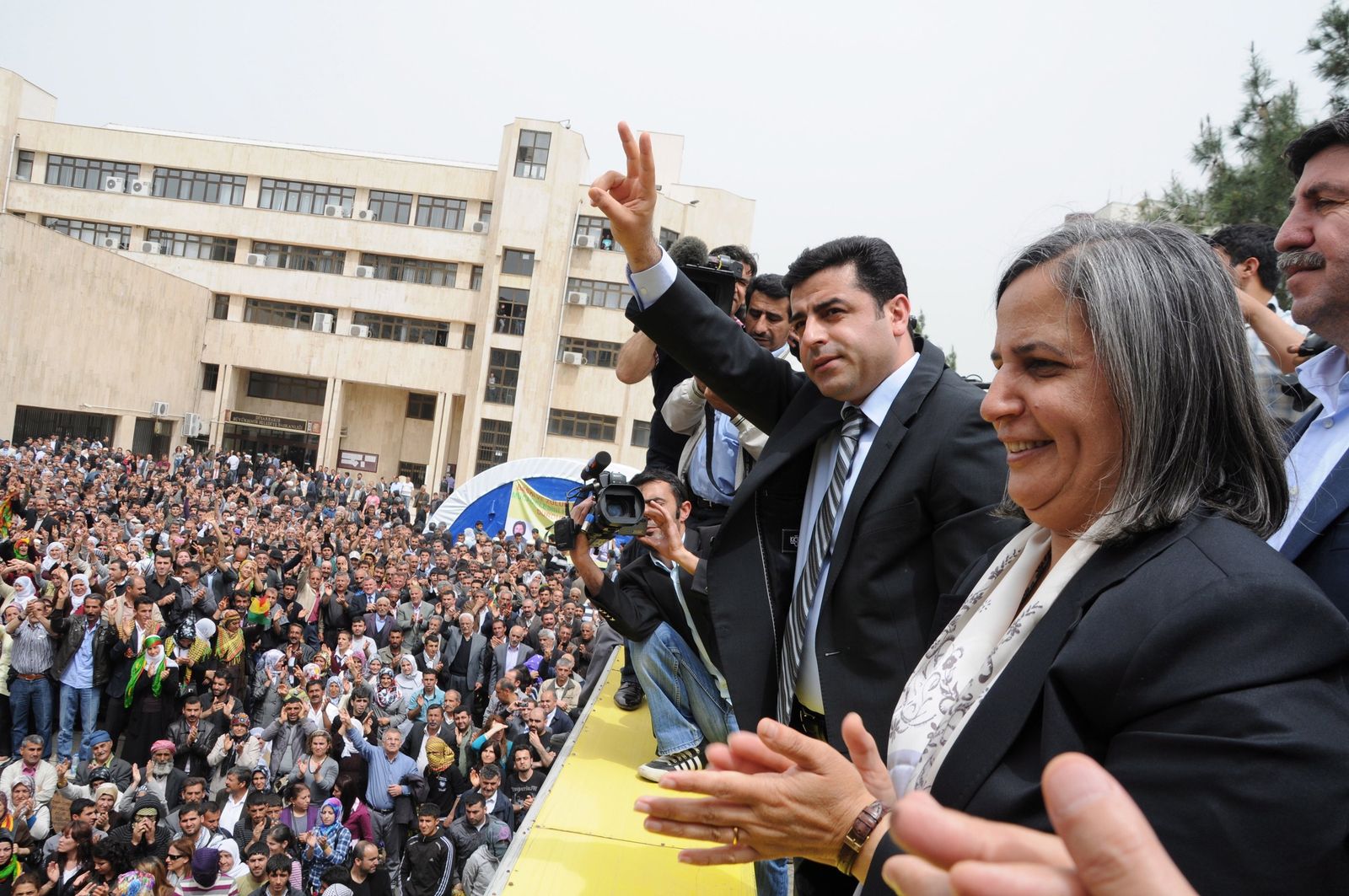 The BDP, or Kurdish Peace and Democracy Party, is a legal political party. During the parliamentary elections in June, the BDP candidates won 36 seats in the Turkish parliament. The party boycotted the parliament, allegedly because six of its parliamentary representatives, currently in detention and awaiting trial, were forbidden by a court order from assuming office. The real reason, however, seems to be that PKK leadership can't agree on whether or not it wants to see Kurdish representation in parliament.