Vladimir Putin has been oddly quiet in recent days. Despite almost two weeks having passed since the crash of a Russian passenger jet over the Sinai Peninsula, the Russian president has said little about what may have caused the crash, despite mounting evidence pointing to a terrorist attack carried out by the branch of the Islamic State operating in the region. Yet Putin hasn't uttered a word about a possible reaction or retaliatory strikes. When Russia suspended all flights to Egypt, he had his intelligence chief make the recommendation instead of doing it himself.

It is as though Putin wants to create the greatest possible distance between himself and the crash in order to prevent any connection being made between Russia's military intervention in Syria and the 224 deaths on Flight 9268. He doesn't want to be seen as a president who took a high-risk gamble abroad that ultimately backfired and transformed his own people into terrorist targets.

Thus far, there have been no protests or calls to end the Russian engagement in Syria, nor has there been much resistance, aside from the two wooden caskets that were set afloat in a canal in St. Petersburg, where most of the victims were from. One casket had been spray-painted with the words, "For what?" and the other with "For whom?"

Nevertheless, the suspected terror attack is creating pressure for Putin. If the suspicion is ultimately confirmed that supporters of the Islamic State managed to smuggle a bomb past Egyptian security and onto the aircraft, then Putin will be hard pressed to not act. So he has remained silent, perhaps as a way of buying time.

But Russia is nervous, that much is easy to see. And the reports from the front shown each night on television vaunting the success of the Russian operation in Syria will do nothing to change that. The fact is that Assad's offensive is hardly advancing, even with massive Russian support. The Russian people have also been unsettled by reports that 18 suicide attackers have infiltrated their country and are planning terrorist acts. In response, security measures have been increased in public spaces and in large department stores across the country.

As such, this isn't a bad time to try to once again try to push forward a political solution in the Syria conflict, with Russia as the driving force at the negotiating table. Two classified internal strategy papers, one of which has been obtained by SPIEGEL, show that this is also the solution favored by the Kremlin. The single-page document describes Putin's strategy in Syria in five points. The president himself drafted the paper together with his advisors shortly before the surprise visit to Moscow by dictator Bashar Assad on Oct. 21.

The document doesn't include a date or a signature; it discuss reaching an understanding with the West. In the paper, Putin defines "preventing the terrorists from seizing power in Syria" as the central goal. The country should stay "sovereign, retain its territorial integrity" and should remain a "secular and democratic state." It's a goal also shared by the West, even though Syria couldn't be any further from being a democracy at the moment.

Russia Could Drop Support for Assad

The paper indicates that the Russian president hopes to start a negotiating process with the goal of "elections and a reform of the constitution that would create a fair balance in terms of the rights and duties of all ethnic and religious groups." The Kremlin also makes it clear that it won't insist on holding on to Assad as Syria's leader, demonstrating apparent openness to one of the West's central demands.

In a second document that emerged this week, Moscow's diplomats have made more concrete formulations about the president's specifications for the Syria negotiations currently underway in Vienna. Representatives of the United States, Russia, Iran and a few other countries are taking part in the talks, with the group meeting again this weekend. According to the document, a new constitution should be put up for a vote by the Syrian people within 18 months. It also calls for parliamentary elections that had been planned for spring 2016 to be delayed and then held simultaneously with a presidential election after approval of a constitution.

What the plan doesn't state is how it would even be possible to hold a referendum and elections in a divided and destroyed country that is terrorized by jihadists. But there's one thing the two documents do make clear: Putin's desire for a political solution to the Syria issue is growing. And he also wants to use the negotiations to reestablish his influence within the international community.

If he were to succeed in pushing through a "Syria Conference" under the aegis of the United Nations, as formulated in the paper, it would show the whole world that Russia had restored its status as a global power. Putin would then be viewed as the man who saved Syria. He could then also hope for an end to Western sanctions against Russia and deflect domestic attention from his stated goal of keeping Ukraine withing Moscow's sphere of influence.

Whether that will all come to pass is, of course, far from certain. Putin had been hoping to get US President Barack Obama on board -- as he did two years ago with his initiative to eliminate Syria's chemical weapons -- but at the UN General Assembly in September, Obama snubbed him. Their positions on Syria are simply too divergent. But without American support, Putin will not be able to succeed in implementing his strategy.

"Measures should be taken in accordance with Resolution 2199 of the UN Security Council to stop the Islamic State's illegal trade in oil and to liberate the oil fields that have been occupied by the terrorists," the Kremlin paper states.

"Of course, this also means that America will have to place pressure on its NATO partner Turkey to prevent Islamic State from being able to continue to sell oil that is smuggled through Turkey," says Moscow-based Middle East Expert Vladimir Isayev.

Putin, though, appears to believe that he will be able to convince even Sunni countries in the region to support his plan, despite his alliance with Shiite Iran and the Alawite Assad regime. He has systematically been working to improve relations with Egypt, Saudi Arabia, Jordan and Turkey, all predominantly Sunni countries. He also appears to want to abandon his blockade of the Friends of Syria Group, which includes the participation of Sunni countries. Instead it looks like he wants to coopt it, claiming the idea as his own. The document speaks of the formation of a "Syrian Support Group" which, in addition to Russia, would include the other permanent members of the Security Council and the most important Middle Eastern countries as well as the European Union and Germany.

For the time being, however, such plans plans will do nothing to change the fact that there are currently 50 Russian fighter jets, in addition to helicopters and elite troops, operating in Syria. It also remains an open question whether Russia's deployment will remain limited or if it will send in ground troops. "We learned our lesson in Afghanistan," says analyst Isayev. "We deploy weapons in order to advance a political solution." 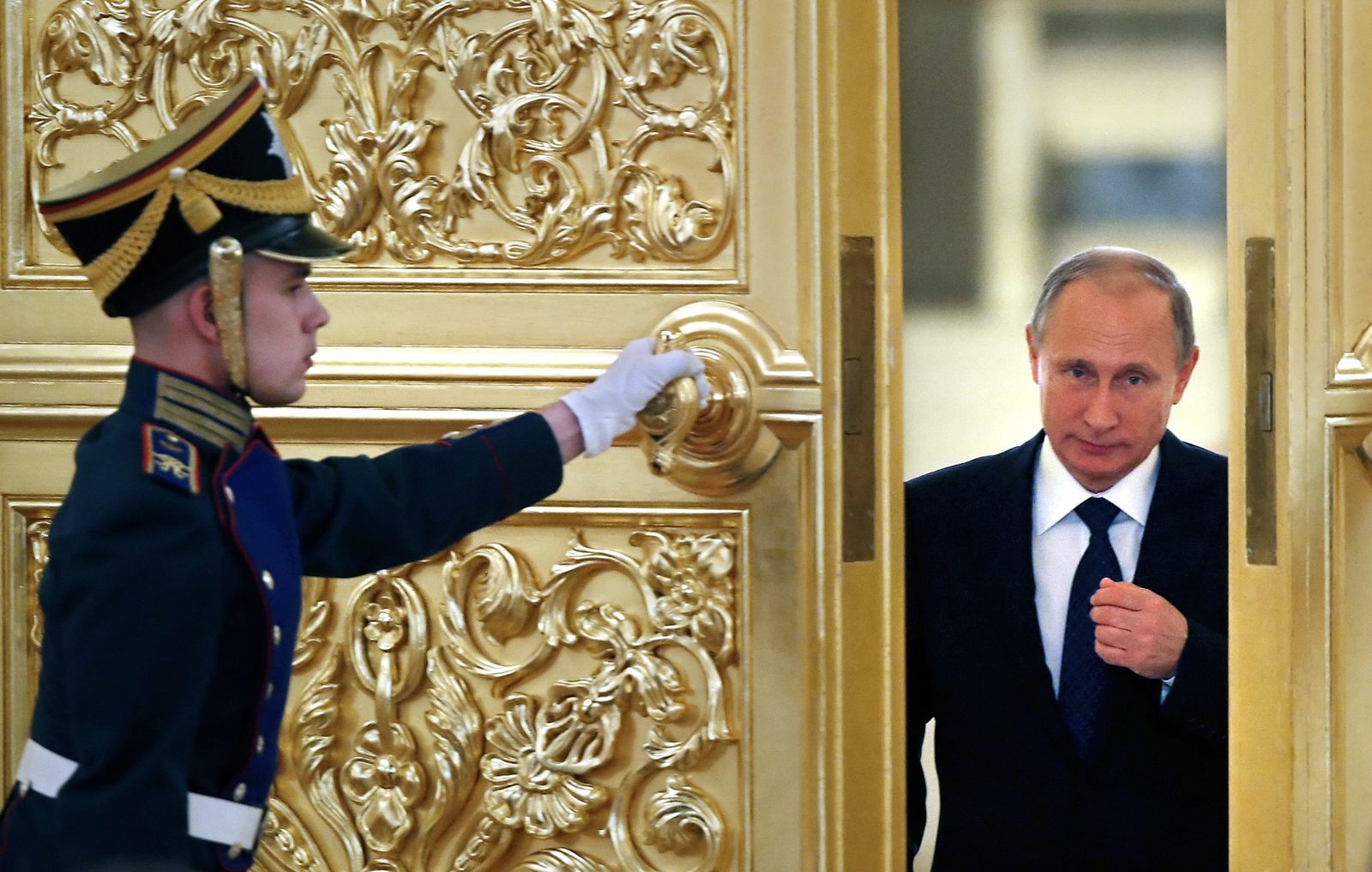 President Vladimir Putin has been oddly quiet about the recent crash of a Russian jet in Egypt. 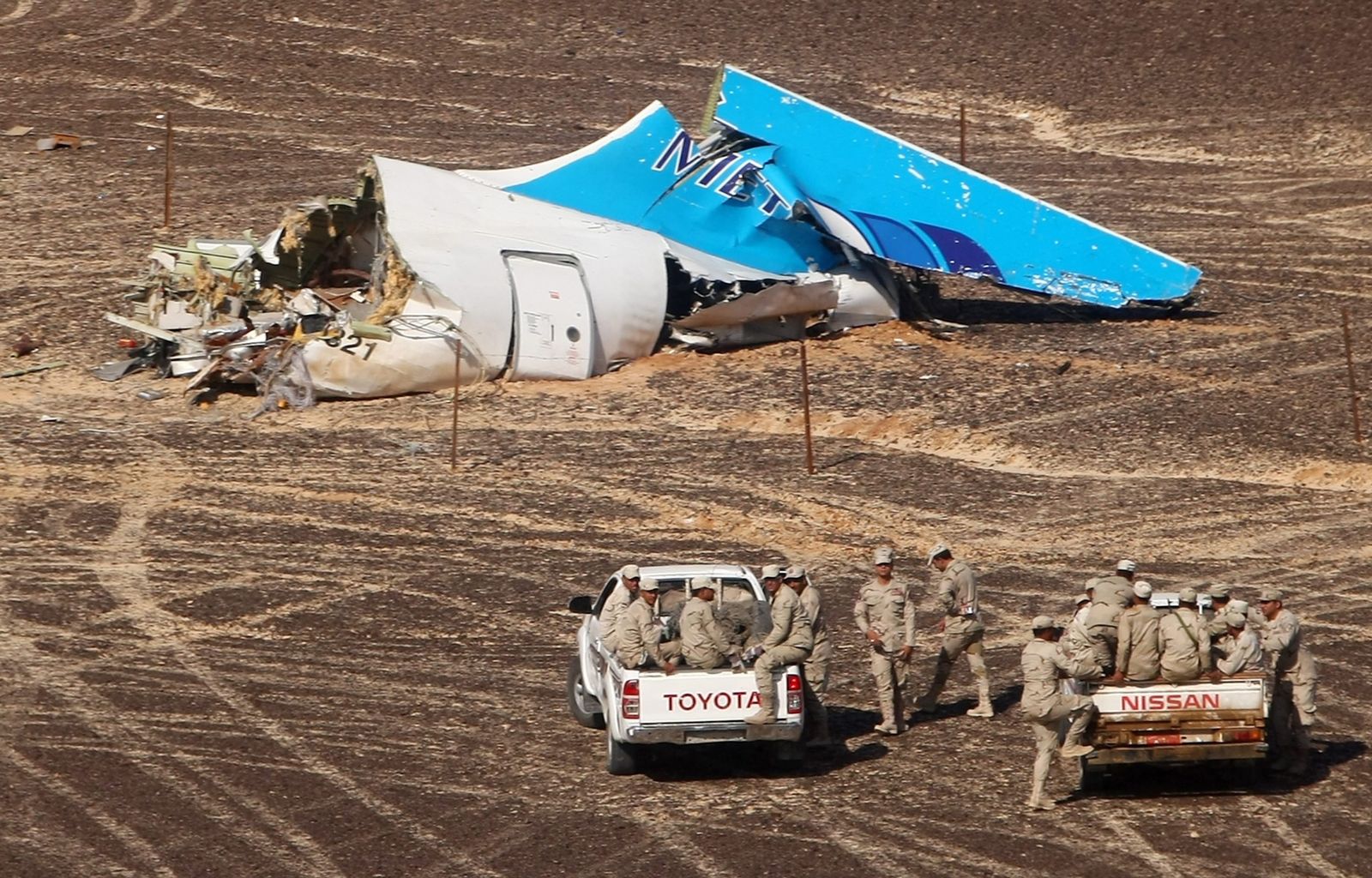 Russians are uncertain following the crash of a passenger jet en route from Sharm-el-Sheikh,to St. Petersburg in what may have been a terror attack, in addition to reports that 18 suicide bombers may have infiltrated the country.