It sounded like a compelling story. During a visit to South Africa in October, I saw a news report in which a refugee from the Democratic Republic of the Congo described in wrenching terms how demand for a metal used in consumer electronics is fueling a new outbreak of bloodshed in the mineral-rich region. 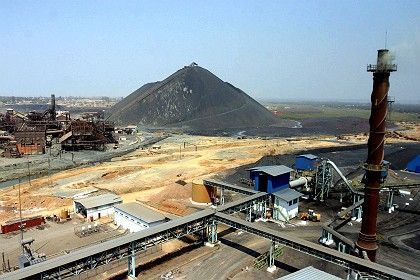 Although Congolese rebels have been known to mine and sell Coltan, a mineral used in mobile phones, most consumers are unlikely to own phones that contain any minerals from the Congo.

A bit of searching on Google supported the notion that mobile-phone users are helping create a humanitarian catastrophe because they make a market for illegally mined coltan ore from the war zone in eastern Congo. "Is there blood on your mobile phone?" asked Danish relief group DanChurchAid on a Web page that dates back to 2006 but is still available.

A Tantalum Shortage in 2000

The mineral in question is known as coltan, which is actually African slang for ore that contains tantalum, a metal prized for electronics use because of its resistance to corrosion and heat. In fact, mobile phones do contain tantalum, as do a host of other products, including MP3 players, gaming consoles, and even aircraft engines. A typical Nokia handset has a tantalum capacitor, a component that temporarily stores electrical charges, according to the Finnish handset maker.

The electronics industry is clearly sensitive to charges that it uses "conflict coltan," which was a big issue several years ago. In 2000, during an earlier round of fighting in the Congo that killed millions of people, fears of a global tantalum shortage -- not related to the conflict -- pushed the price of the refined product to as high as $300 per pound, according to the U.S. Geological Survey. That's at least four times the current price. Tantalum became one of a host of minerals -- including gold, tin, and cobalt -- exploited by various factions in the Congo to purchase weapons or enrich themselves.

If you live in a lawless corner of the Congo, coltan might seem like an attractive business, at least compared to subsistence farming. The ore lends itself to so-called artisanal mining: Local people can dig it up and concentrate it using homemade sluices, similar to how California pioneers panned for gold. Guerilla factions in the Congo, as well as their government backers in countries such as Rwanda or Uganda, make money by controlling the coltan mines directly or by extracting payoffs from small-scale miners and dealers.

Not So Much Congolese Tantalum

The coltan trade was even lucrative enough to attract the international arms mafia. According to a 2003 UN report, one coltan smuggler was Viktor Bout, a notorious former KGB agent now being held in a Thai jail as he fights extradition to the US on charges he supplied weapons to terrorist groups. Bout used a fleet of cargo planes to haul loads of illegally mined coltan and other minerals from the Congo to foreign buyers, according to the UN. "There are profits to be made because it can be moved relatively easily," says Jason Burkitt, a partner at PricewaterhouseCoopers in London who follows the mining industry. "It lends itself to entrepreneurial types, whether they're local business people or warlords."

But does that mean your mobile phone is helping General Laurent Nkunda -- whose ethnic Tutsi militia recently overran swaths of eastern Congo -- buy AK-47s and land mines? That would be a stretch. As it happens, the Congo is not a major source of tantalum. Most comes from Australia, followed by Canada and such African countries as Ethiopia and Mozambique. The US Geological Survey groups the Congo under "other" tantalum sources that together account for just 2 percent of world production. Recycled tantalum also is available. Even tantalum from the Congo isn't necessarily tainted: Foreign and domestic companies mine it legally in some areas, providing an important source of livelihood.

In addition, the earlier tantalum controversy inspired companies to take steps to ensure their metal comes from legitimate sources. German metals company H.C. Starck, which buys ore and refines it into tantalum powder for industrial use, says it gets most of its raw material from Australia and none from Africa.

Impossible to Be Certain

Nokia says it requires component suppliers to certify that none of their tantalum comes from the Congo and it periodically checks compliance. In any case, Nokia says that the mobile-phone industry accounts for 2 percent of total tantalum demand and that each mobile phone contains only 40 milligrams of the stuff.

The odds that your phone contains conflict coltan are pretty long. But activists say the point is that even the relatively small amounts of coltan coming from the Congo are providing revenue for the warring factions. "I agree that a small percentage of coltan is coming from the Democratic Republic of the Congo, but this small percentage is very important to the DRC," says Esther de Haan, a researcher at Dutch activist group makeITfair, who notes that unsafe working conditions are also a huge concern. "Companies are responsible for going down the supply chain and finding out where [their supply] is coming from."

London-based humanitarian group Global Witness has also revived the conflict coltan issue, on Nov. 14 calling on companies to ensure they are not buying coltan or other minerals such as tin ore or gold from the North and South Tivu regions of the Congo, where the fighting is taking place. But it is nearly impossible for companies to say with absolute certainty that no tantalum of dubious origin makes it into the supply chain. Shady operators have an incentive to buy black market ore, which is cheaper because it avoids the costly customs-clearance process that legitimate importers must undergo.

Most developed countries have strict controls. But some Chinese ports wave shipments through, industry sources say. Once the ore has been refined to nonradioactive tantalum powder, it's impossible to trace.

There may be a new way to keep illegally mined coltan and other valuable metals off the market. Frank Melcher, a scientist at Germany's Federal Institute for Geosciences and Natural Resources in Hanover, leads a team that has devised a way to identify where ore comes from. Every coltan mine has its own geological history and composition. Melcher's team has already catalogued 600 unique coltan "fingerprints," and can tell precisely where ore comes from, even when batches from different locations are mixed together.

With backing from the German government, Melcher is pushing to set up a system in which legitimate mines would register their coltan fingerprints. An independent organization would spot-check ore and reject any that isn't in the approved database. "Our goal is to establish a certified trading chain between traders and consumers," Melcher says. Such a system could also be used to ensure that mines provide decent working conditions and meet environmental standards.

The problem is that the testing procedure is costly and time-consuming. But Melcher sounds optimistic that companies that use components containing tantalum will support his plan. "They don't want to be in the news again," he says.