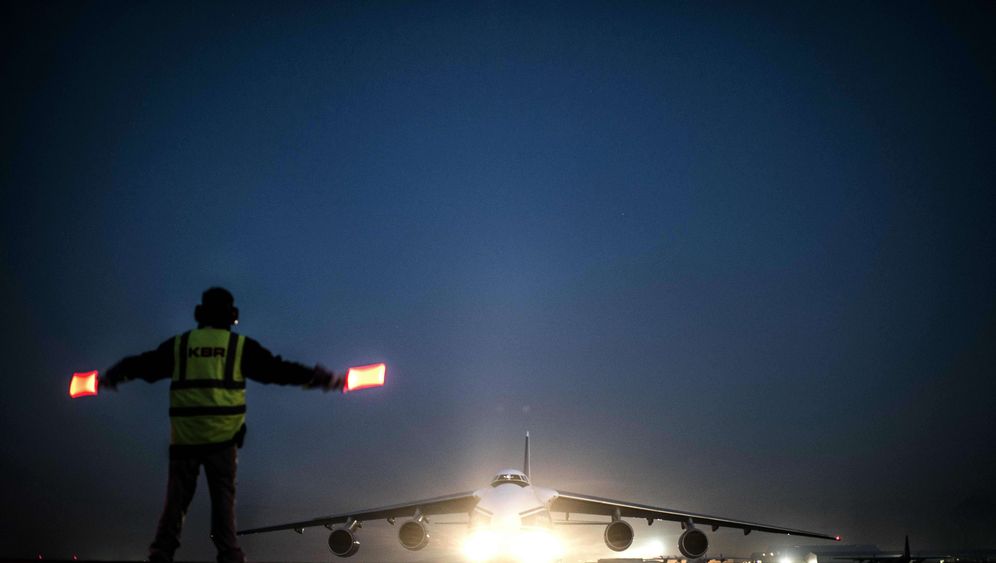 Given that friendship between Hamid Karzai and the Americans has long been a thing of the past, the negotiations are dogged. For weeks now, the Afghan president has been haggling with the United State over its troop withdrawal. At issue are the limits of what US soldiers will still be permitted to do in the country after 2014, when plans call for only 5,000 to 10,000 American troops to remain in Afghanistan. The sides are at odds over questions of jurisdiction. Afghanistan's parliament wants to be able to prosecute American soldiers in Afghan courts. But, says one US diplomat, "That will never happen."

Still, Karzai is putting the Americans on notice that, this time, it is the Afghans who are calling the shots. He's giving them payback for the many humiliations they inflicted upon him in years past, like when former US special envoy Richard Holbrooke tried to replace Karzai with his political rival during the last presidential election.

For example, Karzai recently ordered elite US soldiers to pull out as quickly as possible from Wardak Province, an important gateway for insurgents headed toward Kabul. The soldiers have been accused of abusing villagers, but the accusation has yet to be substantiated.

Airline Under Radar of US Investigators

Just how poisoned relations have become can be seen particularly clearly in the way Afghans reacted to an order handed down by General James Mattis, until recently the highest-ranking US officer responsible for Afghanistan. In January, Mattis placed Kam Air, a private airline, on the blacklist of companies no longer allowed to receive contracts from the US military. The Americans suspect Kam Air of having smuggled bulk quantities of narcotics to Central Asia on passenger flights.

Of course, something like this isn't all that atypical. The United States has repeatedly excluded companies from lucrative contracts when it has deemed them to be corrupt or criminal. Until now, though, Karzai and officials at the Presidential Palace hadn't protested against such actions. But the case of Kam Air has touched a sensitive spot in the web of relations that Karzai has been carefully spinning for more than a decade. Palace insiders say Karzei has transformed the putative democracy into a kingdom completely tailored to him: Call it Karzai's Corruptistan.

In an unusually harshly formulated official communiqué to US Ambassador James Cunningham, Afghan's Foreign Ministry demanded that all documents related to the Kam Air case be made available to the Afghan government immediately. President Karzai's office has even threatened to file a "compensation/damages suit" against the US military if no concrete proof of the allegations is supplied.

The Afghans' fervent reaction is hard to comprehend, especially given the fact that Kam Air is a completely private company in which the state has no financial stake. But General Mattis had apparently stirred up a hornet's nest. In the end, Mattis was forced to ease the political pressure. In the meantime, Kam Air is once again eligible to bid for US contracts -- with the airy assertion that Kabul will take charge of any investigations itself.

Zamarai Kamgar, the airline's owner, hails from the northern city of Mazar-e-Sharif. He has a reputation for being a lively businessman with shady friends. For decades, he has had close business ties to the warlord Abdul Rashid Dostum. Drug-trading is the mildest of the things that foreign intelligence agencies and human rights advocates have charged the Uzbek general with. At the end of the Taliban's rule over Afghanistan, Dostum allegedly had hundreds of Taliban fighters herded into containers, where they died of asphyxiation before their hasty burial in mass graves. International pressure drove Dostum into exile in Turkey, but President Karzai personally urged the nefarious warrior to return to Afghanistan in 2009.

At the time, Afghanistan's first democratically elected president was fighting to be re-elected. To boost support, Karzai made a dirty deal with the general: The suspected war criminal would be rehabilitated if he could guarantee to add at least half a million Uzbek votes to Karzai's Pashtun power base.

Mixed up in this deal was Zamarai Kamgar, the airline owner and friend of Dostum, who, since Karzai's re-election, has enjoyed excellent ties with the Presidential Palace in Kabul. Karzai has frequently used Kam Air planes himself whenever he or senior government officials jet off for state visits and international conferences.

Jockeying for Lucrative US Contracts

From the outside, Karzai's system of power seems like a labyrinth. A key role in the Kam Air affair has been played by his former deputy chief of staff, Kawun Kakar. The Afghan with US citizenship now works as a lawyer and counts the head of Kam Air among his clients. In the wake of the US ban on the airline, Kakar let it be known that Kamgar was "shocked" by the accusations and assumed that jealous competitors had disseminated false information.

Indeed, Afghan, American and other international suppliers are fighting tooth and nail over the big-money contracts in Afghanistan. For outsourced flights alone, the US military spends roughly $100 million each year.

Kam Air flew onto the Americans' radar when the company submitted a bid last year as a subcontractor for a deal worth millions. The main contract had been secured by Wais Jalali, the son of a former Afghan interior minister who was until recently married to one of Karzai's nieces. It is unclear how Jalali and his Veritas company was able to win the lucrative contract, especially since the Afghan with US citizenship was forced to have one of his other US-registered companies file for bankruptcy. Veritas also doesn't possess any airplanes, which is why Jalali brought Kamgar on board.

This constellation of figures attracted the Americans' attention. And when they took a closer look at the airline, they apparently found indications of a drug connection.

Afghanistan produces 80 percent of all the opium consumed worldwide, and most of those in power profit from its trade. Nevertheless, not a single one of the top-level drug barons with ties to Karzai's network has yet to be convicted. Overzealous police chiefs are replaced before they can track down smugglers. And, as one general who used to be responsible for security at Kabul's airport says, "Kabul Airport is like a heavily protected mosque at the main entrance -- but there are three open doors out back."

Expert observers warn that Afghanistan could wind up becoming a narcostate after Western troops withdraw, one in which politicians, businesspeople and criminals seamlessly cooperate. Indeed, this could soon become a reality.

"We would have had to reveal our classified sources, which would have only led to additional entanglements," says one US diplomat in explaining why the Americans allowed Kam Air to bid for contracts again. Getting into a fight with President Karzai about such a touchy subject during the negotiations over future US troop strengths and rules of engagement, he adds, would have carried too high a price.

Other Western diplomats also just shrug their shoulders. After all, they reason, the fight against the narcostate isn't part of the UN mandate, and embassies and military bases are not "law-enforcement agencies." There is no lack of knowledge about what is going on, but who wants to get back into it with re-strengthened warlords? "Almost all of these criminals have ultimately gotten what they wanted. Only the Taliban is still fighting against us," says one Western military officer.

Given all this, what is left of the mission in Afghanistan?

Is that what a successful mission looks like? "Of course," quips one Western diplomat. "We declare victory, and then we leave."