The two suspects, identified as Mahmoud el-A., 47, and Akram O., 34, are suspected of spying for the Syrian regime. The men, one of Syrian origin and the other German-Lebanese, allegedly conducted systematic observation of Syrian opposition members living in Germany, federal prosecutors said.

Both have been being watched themselves by domestic intelligence agents, though, and will now face an investigating judge on Wednesday. Another six people are also being investigated for possible involvement in the spying. A number of apartments were still reportedly being searched by authorities on Tuesday afternoon, with some 70 officers said to be involved.

The Syrian government, led by President Bashar Assad, has killed an estimated 5,400 people in its efforts to put down a rebellion that began with peaceful protests. Human rights activists claim the death toll may have reached more than 6,000. Still, the international community has yet to officially condemn the violence due to a widely-criticized UN resolution veto by Russia and China at the weekend.

On Tuesday, Russian Foreign Minister Sergey Lavrov landed in Damascus, where he was met by a celebratory crowd reportedly greeting him with cries of "Thank you, Russia! Thank you, China!"

According to Russian state media, Lavrov will deliver a personal message from President Dmitry Medvedev to Assad. Lavrov is also expected to pressure Assad to end the bloodshed that has been going on for some 11 months. The visit is part of Moscow's efforts to "seek the swiftest stabilisation of the situation in Syria on the basis of the swiftest implementation of democratic reforms whose time has come," the foreign ministry said.

"Every leader of every country must be aware of his share of responsibility." Lavrov told Assad at the meeting in Damascus, according to state-run news agency RIA. "You are aware of yours." 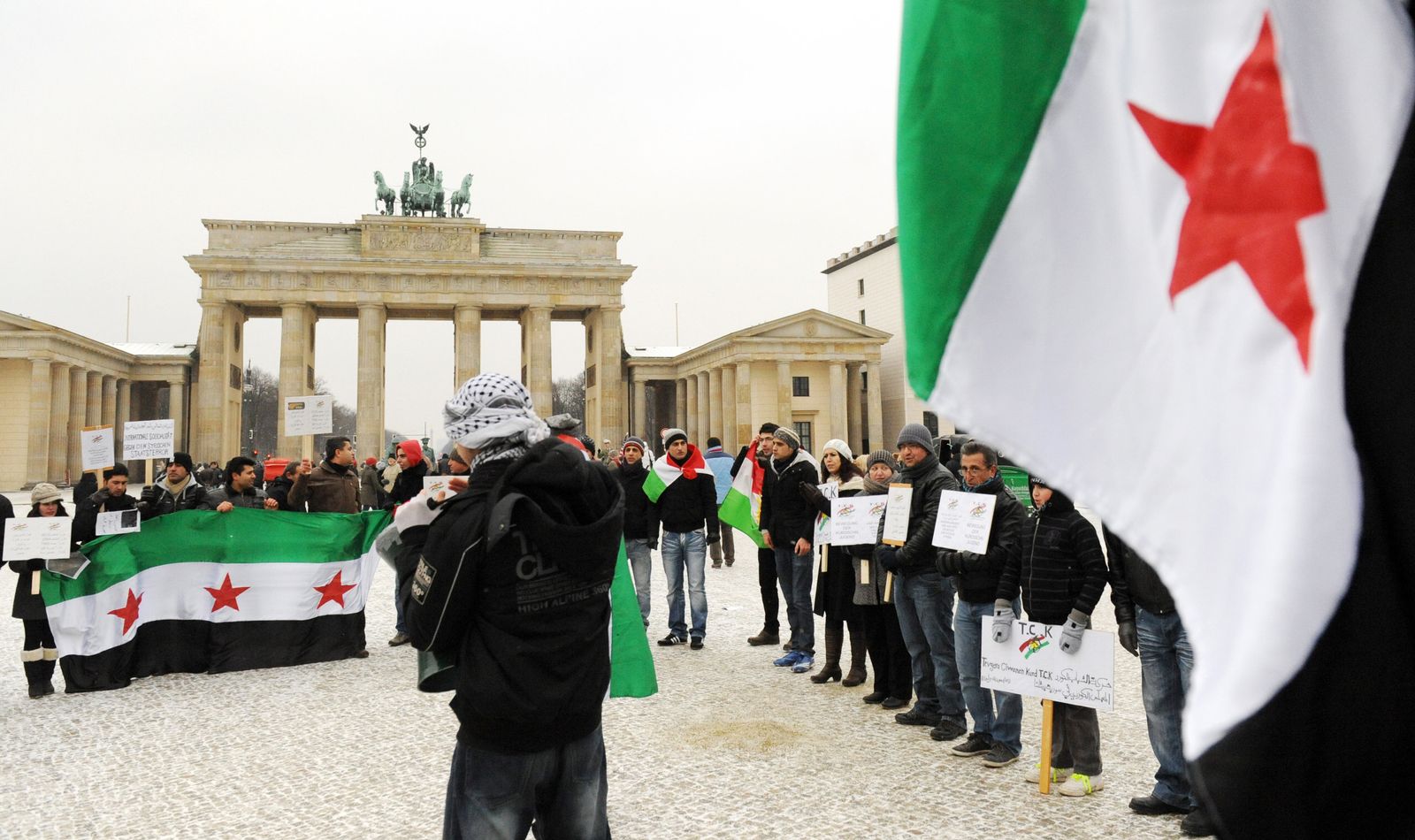 Protesters show solidarity with Syrian rebels in Berlin on Feb. 5.