A Koran, two crossed swords and a message: "Prepare yourselves." The crest of the Islamist Egyptian group Muslim Brotherhood is nothing if not martial. Perhaps even a bit too martial for the international press.

On the first floor of a shabby apartment building on El-Malek El-Saleh street in downtown Cairo, the group -- which for years has been Egypt's largest opposition movement -- is receiving a gaggle of scribes from abroad. And the official symbol is nowhere to be seen.

Even verses from the Koran or photographs of the holy Kaaba in Mecca, of the kind that hang in living rooms across Egypt, are absent. Instead, visitors are confronted with desks piled high with fliers, packed bookcases and cabinets full of file folders. The message is clear: The Muslim Brotherhood is but a normal political party, right down to the business cards, water fountain and chalk board.

The rhetoric the party uses these days has also been carefully calibrated to convey normality, as far as one can speak of normality in these days of mass protest in Egypt. Speaking at a press conference on Monday, Rashad al-Bayoumi, deputy head of the Muslim Brotherhood, spoke soberly of the ongoing demonstrations and the demands for Egyptian President Hosni Mubarak to resign. He spoke of free elections, of a transitional government and "democratic transformation." Naturally, he also assured his listeners that his movement supported the will of the people.

"Mubarak has to go," he says. "That is the beginning. That is most important." He said that the president's recent cabinet shuffle is nothing more than a clumsy attempt to take the wind out of the sails of the protests.

The Muslim Brotherhood has been eyeing political reform for some time. Last March, Mohammad Saad el-Katatni, head of the group's parliamentary bloc, met with Mohamed ElBaradei -- the former head of the International Atomic Energy Agency who has now placed himself at the forefront of the protests in Egypt -- to speak about joining ElBaradei's National Committee for Change. Even if there are ideological differences, Katatni said at the time, the Muslim Brotherhood stands behind ElBaradei. Still, Katatni's group ended up declining to participate in ElBaradei's boycott of November parliamentary elections. The alliance suffered as a result.

On Monday, it seemed that the Muslim Brotherhood's doubts about ElBaradei remain. "We support ElBaradei's call for the end of Mubarak's regime, we support the demands of all in the opposition," Bayoumi said. Still, he stopped short of crowning the Nobel Peace Prize laureate as head of the opposition movement. "Nobody at the moment has the right to call himself the leader of this revolution," Bayoumi said. "Let's allow the people to decide."

ElBaradei, for his part, would appear to be courting the Islamists. In a Sunday interview with Christiane Amanpour on US broadcaster ABC, he insisted that "the Muslim Brotherhood is religiously conservative. They are in no way extremists. They are in no way using violence." The group, he added, is not unlike evangelical Christian groups in the United States or Orthodox Jewish groups in Israel.

Just how the Muslim Brotherhood will position itself should Mubarak's regime fall is, for the moment, a matter of speculation. The group's participation in the week-old demonstrations, however, has been largely inconspicuous. There have been few Islamist banners to be seen, almost no Islamists chants to be heard on the streets of Cairo. Is the group taking a wait-and-see approach in case the demonstrations fail in the end? "Nonsense," Bayoumi said. "We are taking part. Thousands of our members are on the streets. But we are saying that this isn't a Muslim revolution. This is a revolution against Mubarak!"

Still, few would deny that, should Mubarak fall, the Islamists could assume at least partial power. The group enjoys widespread support in Egypt, with some estimates putting support at roughly 30 percent. ElBaradei told ABC he thought some 20 percent of Egyptians supported the Muslim Brotherhood. And many in Egypt are steadfastly against the group's vision of an increased role of Islam and the Koran in political life.

Indeed, the group has been banned in Egypt for years, though its ongoing existence is largely tolerated by the Mubarak regime. Members of the group campaign for parliament as independents and form an unofficial bloc. And the Muslim Brotherhood itself professes not to know the true extent of its support in the country. "We don't know how many members we have," Bayoumi said. "The government says three to 4 million. But we don't count. We just know that we are everywhere, in every city, every village and in every street."

Founded in 1928 as the first modern Islamist mass movement, the trans-national organization has reason to be confident. The Muslim Brotherhood is heavily involved in charity and provides support for the poor and the ill in the Arab world. They have managed to earn significant credibility in those countries where decadent and corrupt rulers like Mubarak have failed to provide adequately for their people.

But the group's ideological dogmatism has resulted in widespread skepticism. Although the Muslim Brotherhood officially forswore violence as a means to achieve its goals in the 1970s, it has still proven difficult to distance itself from its primary thinker, Sayyid Qutb. Qutb, who died in 1966, became an ardent supporter of Islamist Shariah law and a proponent of violent jihad late in his life. It was a radical splinter group from the Muslim Brotherhood that assassinated Egyptian President Anwar Sadat in 1981.

Now more moderate, the group has long sought to find a role in Mubarak's Egypt. Some experts have even suggested that the Muslim Brotherhood entered into an uneasy alliance with the regime: As long as the group didn't push the government too hard, so goes the theory, Mubarak gave it plenty of room to operate. Still, Mubarak has been adept at using the threat of Islamism as an excuse to maintain an expensive and far-reaching security apparatus -- one which had been proficient at nipping any protest movement in the bud. 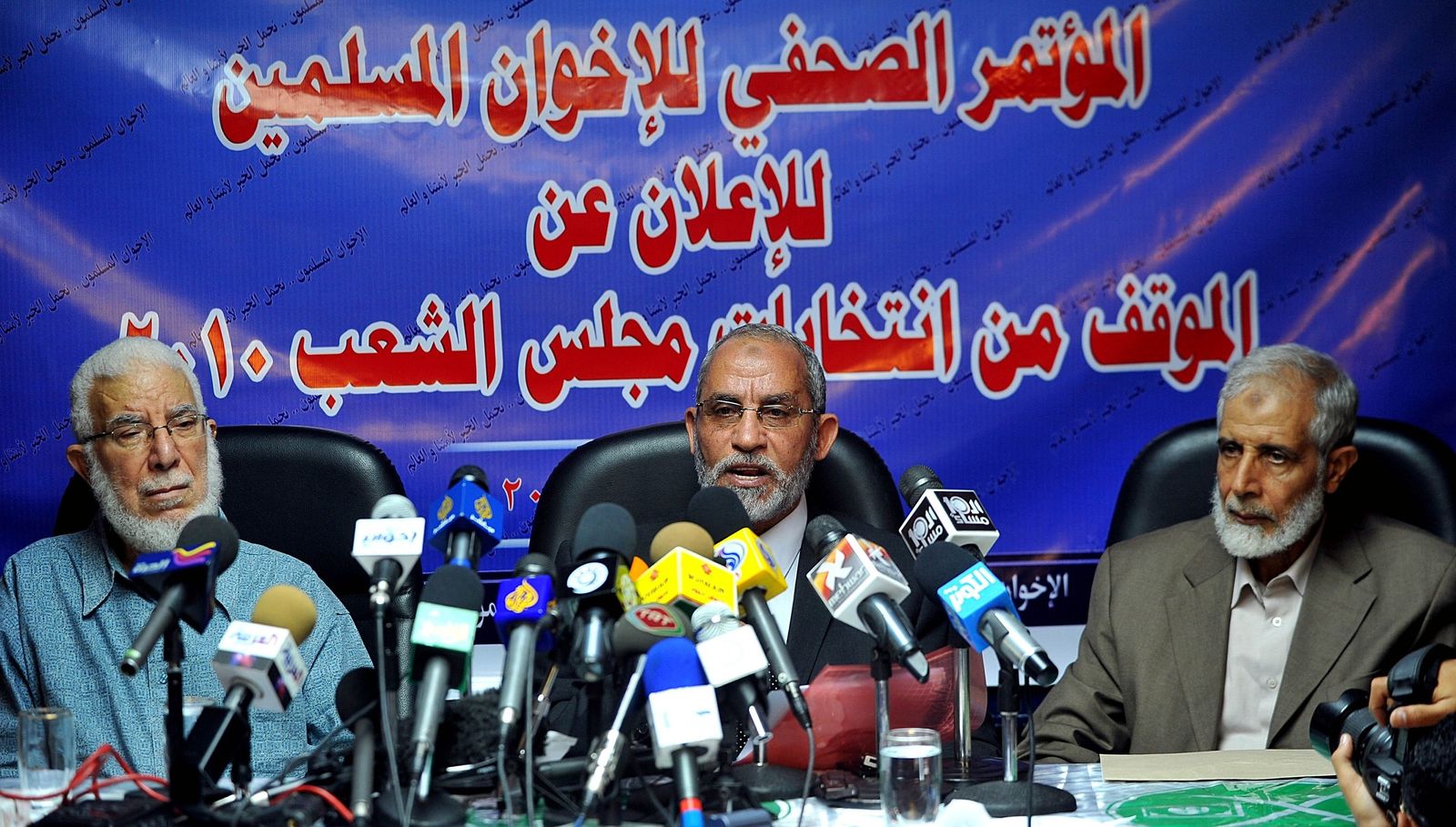