The most important piece of news from the most recent meeting of NATO defense ministers was that there was no news.

NATO Secretary General Anders Fogh Rasmussen pointed out the dangers of failure on the part of the Western military alliance in Afghanistan. The war effort is already underfunded to the tune of several hundred million euros. Nevertheless, the costs of defeat will be much higher than the costs of the mission, Rasmussen said at the NATO summit in Bratislava, Slovakia last week. 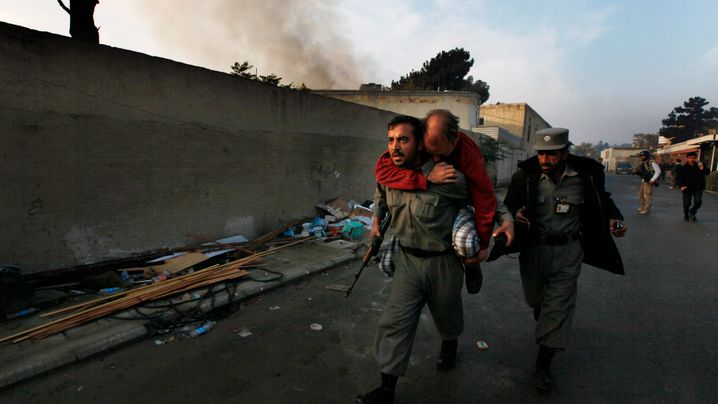 His warnings fell on deaf ears, with only Great Britain agreeing to a slight increase in troop strength. All other NATO defense ministers, including, of course, the German defense minister, remained politely aloof when it came time to make commitments.

For once, this hesitation cannot be attributed to widespread war fatigue in Europe. The mission in Afghanistan is seen as a toxic issue in all Western nations, and every government that has provided troops has come under sharp criticism at home. What the US's NATO allies now find far more irritating is US President Barack Obama's silence on the issue.

The world has been waiting for clear words from the White House for months. Obama has had government and military analysts studying the military and political situation in the embattled Hindu Kush region since early January. He appointed Richard Holbrooke, probably the US's most effective diplomat in crisis situations, to be his special envoy to the "AfPak" region, he has replaced generals and he has deployed more troops. The answers Obama asked his experts to provide after taking office have been sitting on his desk for a long time. But the conclusions vary. Obama will have to make his own decision, one that will shape his political fate.

According to Carl von Clausewitz, a country has only won a war when it has imposed its will on the enemy. But even without studying the writings of the Prussian military historian, which are required curriculum at military academies like the US Military Academy at West Point, the American generals know full well just how far they are from that goal in Afghanistan and Pakistan.

Instead, Wednesday's attacks underscore that things have been progressing in the opposite direction for some time. The Taliban is in control of the military initiative, and it is increasingly dictating the course of the war. Whether Obama can even regain the political initiative in the Hindu Kush is now questionable. Although Afghan President Hamid Karzai agreed to a runoff election, after considerable pressure from the United States, the taint of massive election fraud remains, and it cannot be ruled out that the irregularities will be repeated the second time around.

This too explains the restraint in Bratislava. The European governments have always justified the Afghanistan mission at home with the argument that it would lead to democratization in the region. So far this concept has not panned out. Even if US troops are driving the Taliban out of individual provinces -- which they have only seriously attempted to do since this spring -- the Karzai government is either unwilling or unable to develop institutions and provide security in those provinces.

Under these circumstances, the US military can do little more than create a political vacuum. Clausewitz would be horrified, as are some US officers today. "I have doubts and reservations about our current strategy and planned future strategy," US Marine Corps Captain Matthew Hoh wrote recently. As part of Holbrooke's team, Hoh was responsible for coordinating civilian reconstruction in the dangerous Zabul Province, but he recently resigned. His resignation, he said, had less to do with the way the war is currently being fought. Instead, he said, he simply no longer knows "why and to what end" the war is being fought in Afghanistan.

Has the Obama Administration Lost Its Nerve?

It's alarming news when even former Marines like Hoh, men with combat experience in Iraq, can no longer believe in their mission because politicians cannot answer their questions. To borrow from Clausewitz: Who happens to be imposing his will on whom in Washington is critical for the future of Afghanistan. Is it the general public, which wants the White House and the Pentagon to deploy more troops? The Democratic Party, which wants less and less to do with the unpopular Afghanistan war? The vice-president, who prefers to fight the war against terrorism with drones instead of soldiers?

It is to Obama's credit that he has boldly called for an assessment of the situation in Afghanistan after a seven-year US presence there. Nevertheless, as Clausewitz wrote, "courage is not simply a counterweight to danger, to be used for neutralizing its effects: It is a quality on its own," and Obama's administration currently creates the impression that it has been abandoned by courage.

It is important that the Commander-in-Chief now provide clarity on the course of the effort. It's obvious that things cannot progress in the same way as they did under former President George W. Bush. At the end of his presidency, Bush no longer had a strategy in Afghanistan, and during a decisive phase in the mission he even shifted military resources from Afghanistan to the controversial Iraq War.

Whether it means withdrawal or a troop buildup, NATO expects Obama to make a decision. So far, no one knows which direction he favors. Even experienced Washington insiders have encountered a wall of silence at the White House, leading Europeans to question whether Washington even believes in its war anymore.

What the US military wants is clear. General Stanley McChrystal, the US commander in Afghanistan, has called for up to 40,000 more troops. He too makes no mention of a speedy victory.

So far Obama has only made it clear that he doesn't intend to withdraw any troops and that he hasn't decided yet whether to add more soldiers. But this smells more like a lazy compromise than a clear statement of intent, and it has led to speculation in Washington that Obama could wash his hands of the matter by announcing a moderate troop buildup and newly packaged diplomatic initiatives.

But that is precisely not what US citizens want. Some believe that the war no longer makes sense, and they favor withdrawal. Others want to see the US finally tackle the effort with whatever it takes.

Obama's silence stands in contrast with the impassioned rhetoric that carried him into the White House. He risks squandering the biggest advantage of his term in office: the serious attempt to make an honest assessment of his predecessor's legacy. It also represented a great opportunity to restructure the Atlantic alliance. But why should countries like Germany and France believe the verbose promises of a president who is not even sending a clear message at home, even though he has a majority in both houses of Congress?

There is no doubt that hardly a day passes in Europe without criticism of US policy. This has become a trans-Atlantic ritual. But despite this ritual, Europeans are still looking for one thing from the White House: leadership. 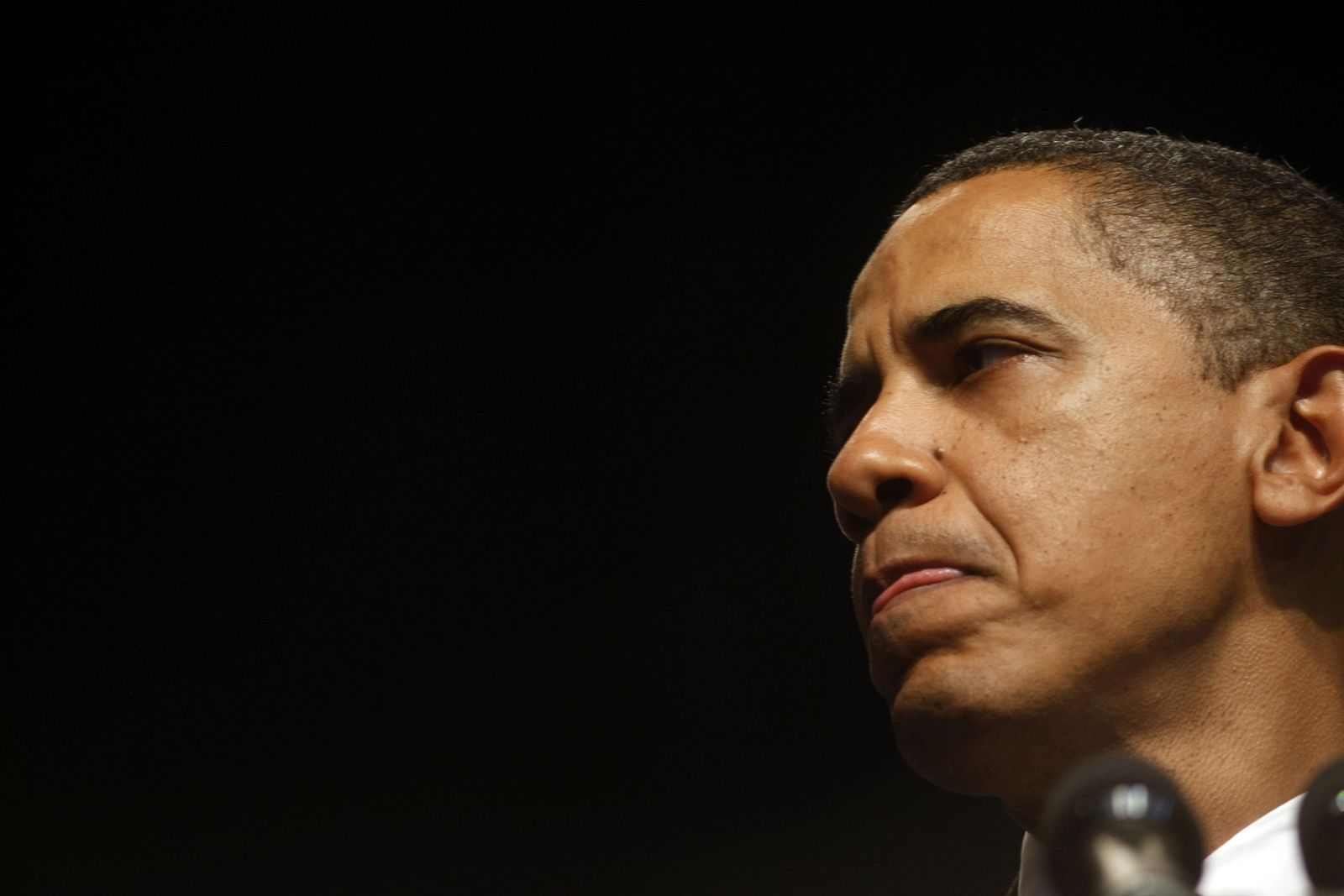 US President Barack Obama: Does Washington still believe in its war in Afghanistan? 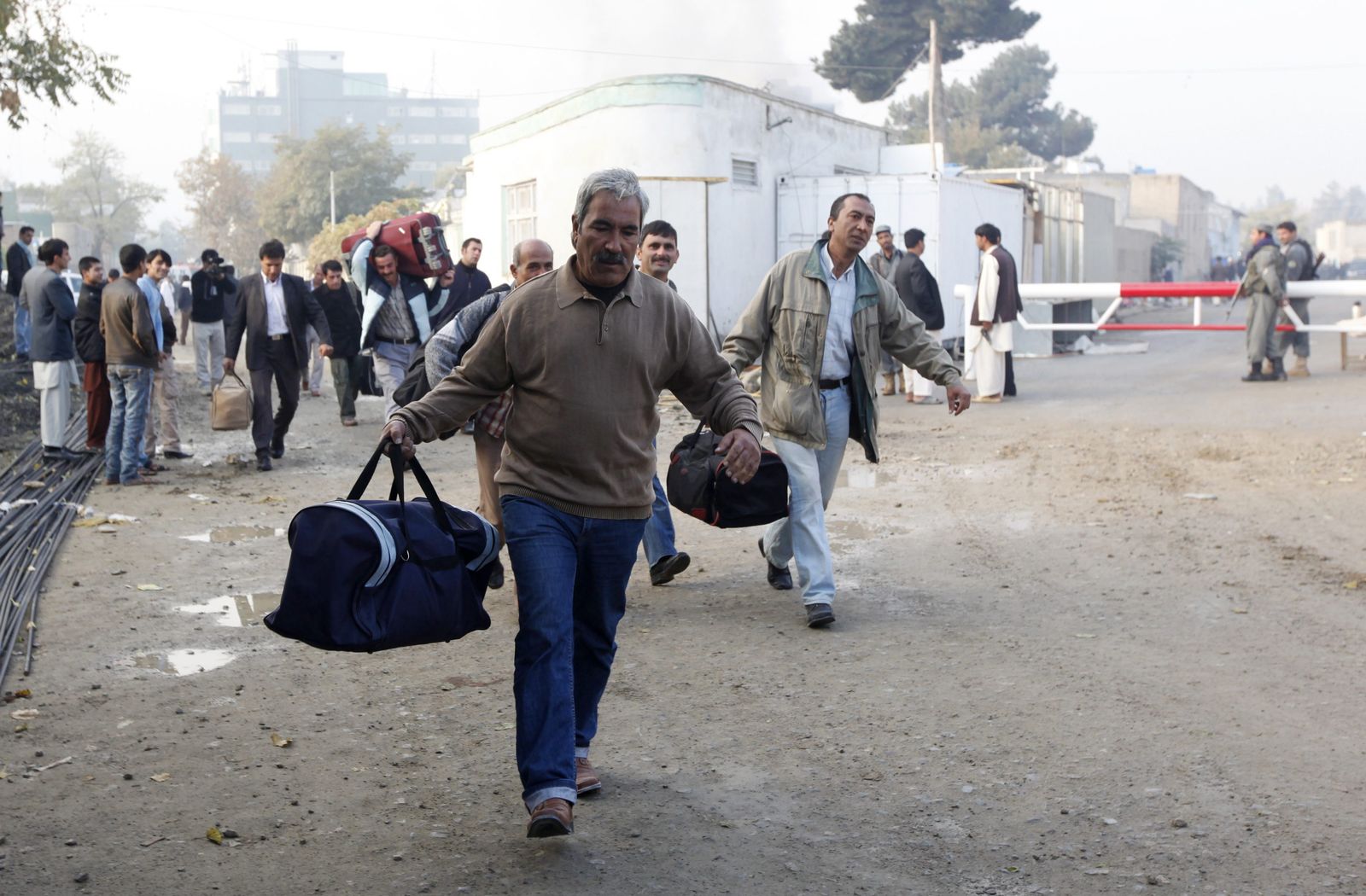 The attack caused many to flee the area.