In a result that was closely watched around the world, Merkel crushed her opponents -- and an ally -- in the German election on Sunday, winning a better-than-expected 41.5 percent of the vote. Though it remains to be seen which party she will form a government with, the chancellor has cemented her role as the most powerful politician in Europe.

Considering her status in Europe and on the global stage, it is surprising that foreign policy played little or no part in her campaign for re-election. "Merkel has never had a passion for foreign policy," Olaf Böhnke of the European Council on Foreign Relations told SPIEGEL ONLINE on the eve of the vote. "She is happy to be in a leading role in Europe, but many foreign relationships are seen (by her) through the prism of economics."

That is particularly true in Europe. But beyond the euros and cents, her stance on global issues has been watched closely and heavily criticized in the past. While Germany has been a reliable partner in Afghanistan, Berlin has occasionally stumbled badly in the Middle East and North Africa. Her abstention from the United Nations Security Council vote on Libya in 2011 was widely lambasted as was her apparent indecision on Syria more recently. The Merkel Doctrine, which prioritizes arms exports over active involvement, has also raised eyebrows abroad.

Her broad approach to foreign policy is unlikely to change. But her resounding election victory will affect Germany's relations with some of its closest allies and neighbors. SPIEGEL ONLINE takes a look at what Merkel's third term might mean for Berlin's relationships with France, Turkey, the United Kingdom and Russia.

Chancellor Angela Merkel's resounding win at the German election on Sunday was also a victory for France's center-right opposition: Jean-Francois Copé of the conservative UMP party jumped at the chance to deliver his heartfelt congratulations.

French President François Hollande, while also quick to congratulate the chancellor, did so with significantly less enthusiasm. "Mutti's Triumph," as it was referred to by France's left-wing Libération newspaper, is daunting for Hollande in more ways than one. Not only does he have to bury thinly-veiled hopes for a "left-wing Europe" for another four years, his popularity is waning at home -- while Merkel's is skyrocketing.

According to a poll published by France's daily Figaro newspaper, less than a quarter of French voters still support his course (23 percent), while more than half would have voted for Merkel at the German election (56 percent).

"The balance of power has tipped further in favor of Merkel," says Anne-Marie Le Gloannec, a political scientist at French university Sciences Po. "It's a paradox: the chancellor is at the zenith of her power. The president, meanwhile, has reached a low point in terms of popularity."

Privately, the prospect of a grand coalition with the center-left Social Democrats (SPD) will be welcomed in the Elysée Palace. The French president is hopeful that the SPD will enable progress on several issues he holds dear, including the banking union and a single fiscal oversight body.

But the imbalance in political fortunes between Berlin and Paris does not bode particularly well for an effective German-French partnership of the kind that Europe needs. Hollande will have to become used to playing second fiddle. But he too has four years remaining in his term -- plenty of time for the two to develop a stronger working relationship.

For Turkish Prime Minister Recep Tayyip Erdogan and his ruling Justice and Development Party (AKP), Merkel's victory on Sunday was a foregone conclusion. With Merkel remaining in the Chancellery for another four years, the prospect of Turkey joining the European Union is becoming increasingly remote. In contrast to her Social Democratic challengers, Merkel's conservatives have long been opposed to allowing Turkey into the EU.

Any hope that Merkel might change her mind as she has on so many other issues is likely to be in vain. The Christian Social Union, the Bavarian sister party to Merkel's Christian Democrats, has been even more adamant in its refusal to consider a Turkish membership. And the CSU on Sunday did extraordinarily well in Bavaria, which will likely increase its influence in the conservative camp.

Indeed, Turkey's minister for European Union affairs, Egemon Bagis, asserted even before Sunday's vote that a "prejudice" among member states was to blame for the fact that Turkey's cherished goal of joining the EU was likely to end in disappointment.

Turkey's accession talks have stalled in recent years. In off-the-record interviews, several Turkish politicians say Merkel is to blame for the impasse. It is doubtful whether Turkish accession talks, which began in 2005, will survive four more years of Merkel.

Indeed, her win bodes well for Prime Minister David Cameron's conservatives. It is hoped that the CDU's victory will set the tone for the UK general election in 2015 -- Cameron is hoping that his austerity measures will be rewarded at the ballot box. "The message from the German election is the following: People want economic stability," says Olaf Cramme of London-based think tank Policy Network. "This will give the conservatives a boost."

David Cameron is also relying on Merkel for help as a referendum on Britain's EU membership approaches on the horizon in 2017. Merkel has become increasingly vocal about her wariness of handing more powers over to Brussels and her vision for the EU is that of a collection of nation states rather than a United States of Europe. That jibes well with Cameron's fight to claw back powers from Brussels.

Still, it is far from plainsailing for London. Merkel will need a coalition partner and both the Social Democrats and the Greens are skeptical of Merkel's (and Cameron's) approach. The British prime minister is no doubt concerned that Merkel may be forced to steer a different course on Europe than the one she has followed for the last four years.

According to Peter Kellner, head of British polling firm YouGov, "a coalition between the CDU and either the SPD or the Greens would hamper Cameron's EU reforms."

Despite the accolades, Merkel -- who is seen as the closest ally of President Putin in the European Union -- has never been as friendly with the Russian leader as was her predecessor, Gerhard Schröder. The SPD chancellor famously called Putin a "flawless democrat," whereas Merkel has often censured Moscow for oversteps and human rights shortcomings. "She has corrected the Schröder course when it comes to Russia by meeting with human rights groups and the like," says Olaf Böhnke at the European Council on Foreign Relations.

Merkel's stance has resulted in a significant cooling in relations between Berlin and Moscow and there have been no signs of improvement recently as she has continued to be vocal about repressive laws introduced under Putin's leadership in recent years. Most recently, the leaders sparred over military intervention in Syria.

Her election program does call for a new partnership agreement between Russia and Germany, and more cooperation between the citizens of the two countries. But it clearly states that cooperation is dependent on the Kremlin's stance on "legal and democratic standards for its citizens".

A grand coalition between the CDU and the SPD would be welcomed in Moscow, as Schröder's Moscow-friendly legacy still colors the party's approach to the Kremlin. A coalition with the Greens, meanwhile, would be less popular: In such an scenario, human rights issues would feature even more heavily on the bilateral agenda. 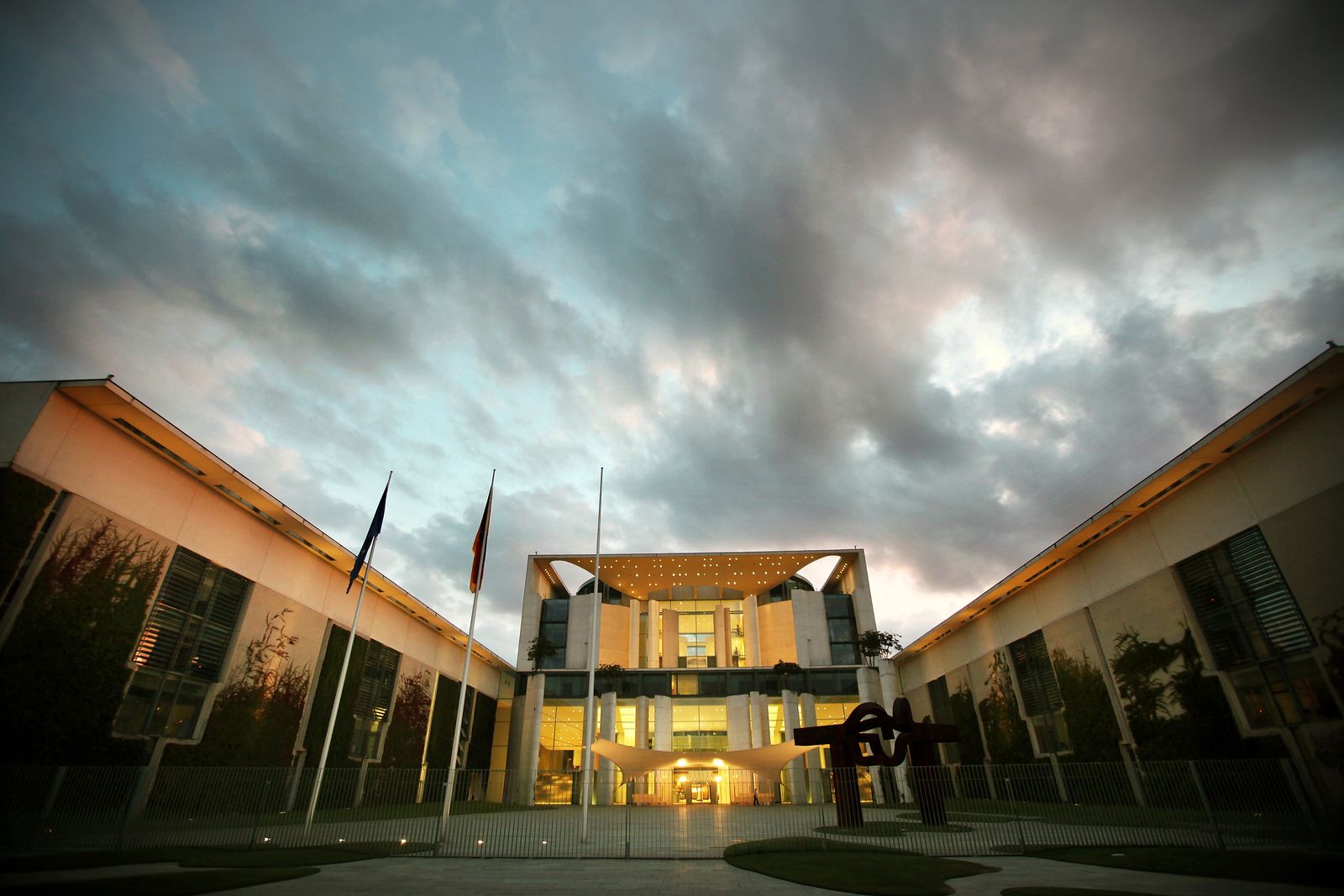 The Chancellery will be watched closely in the coming months. 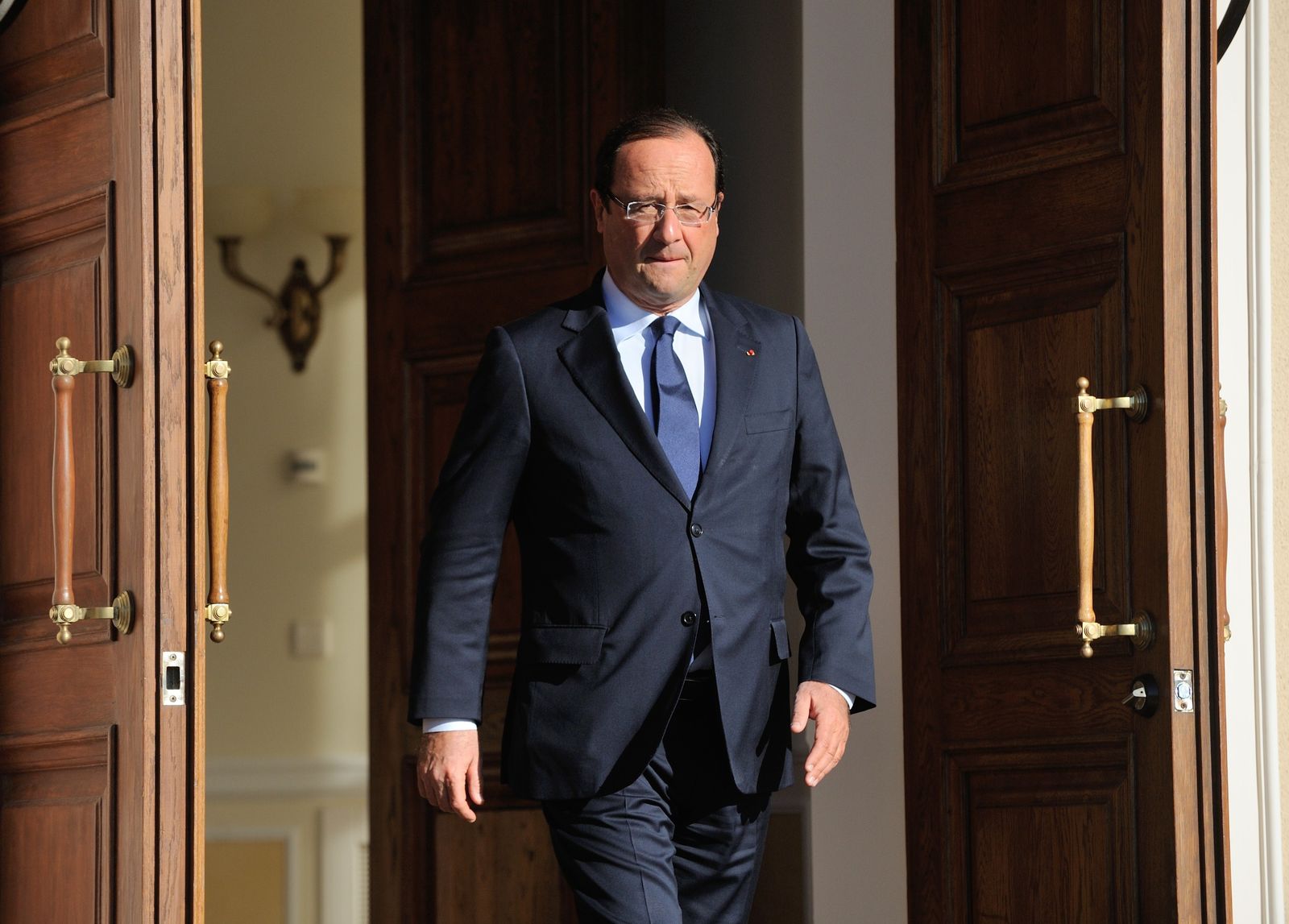 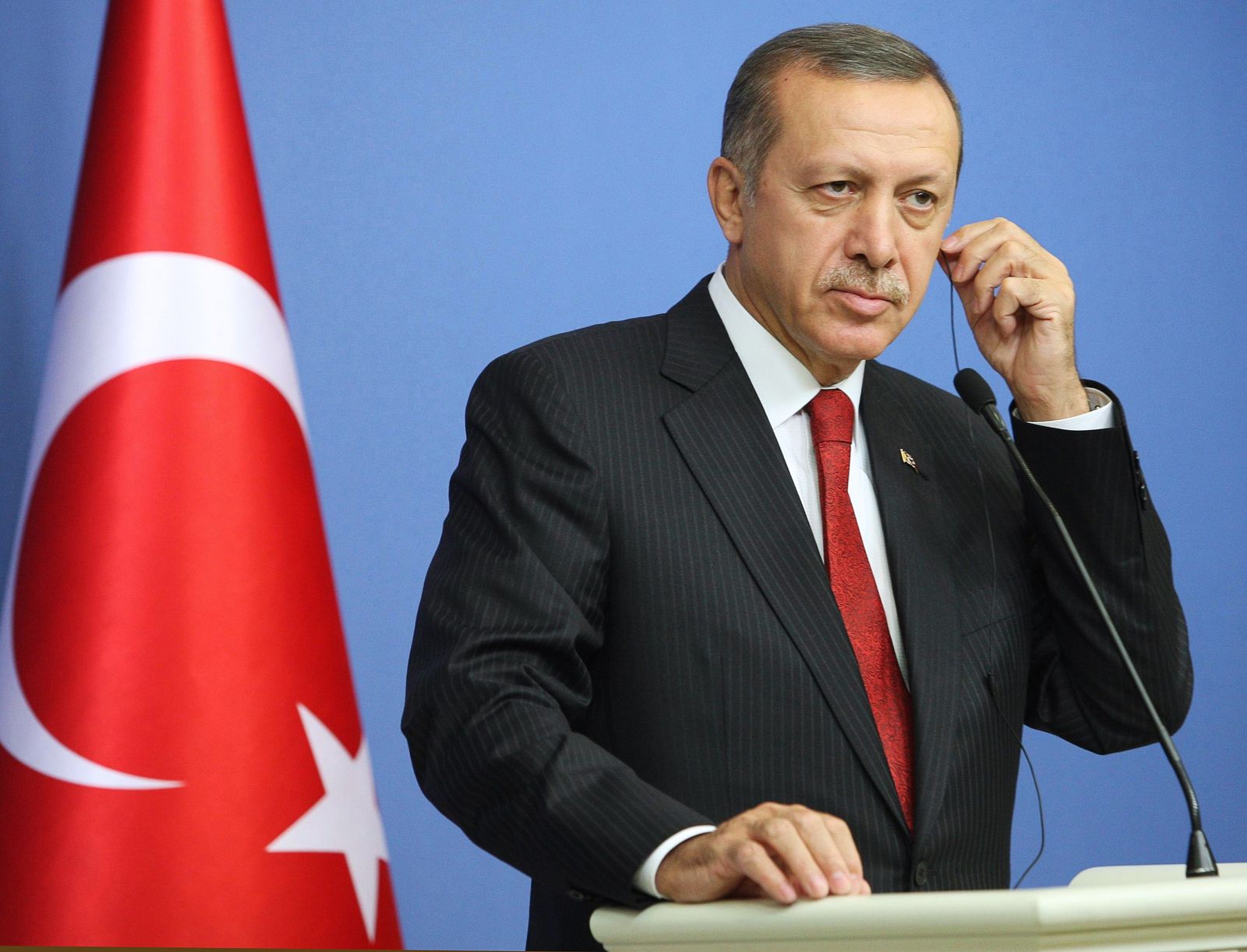 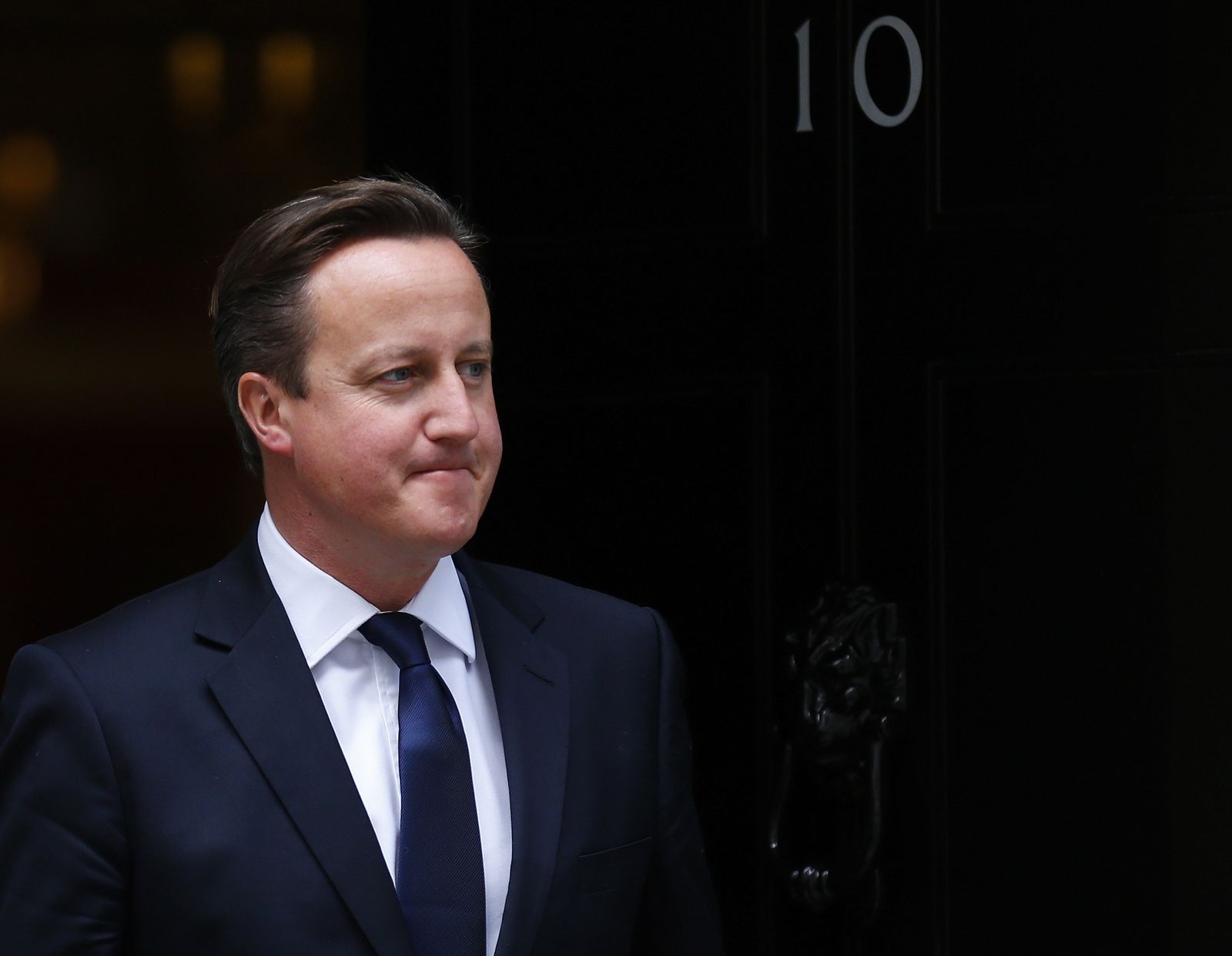 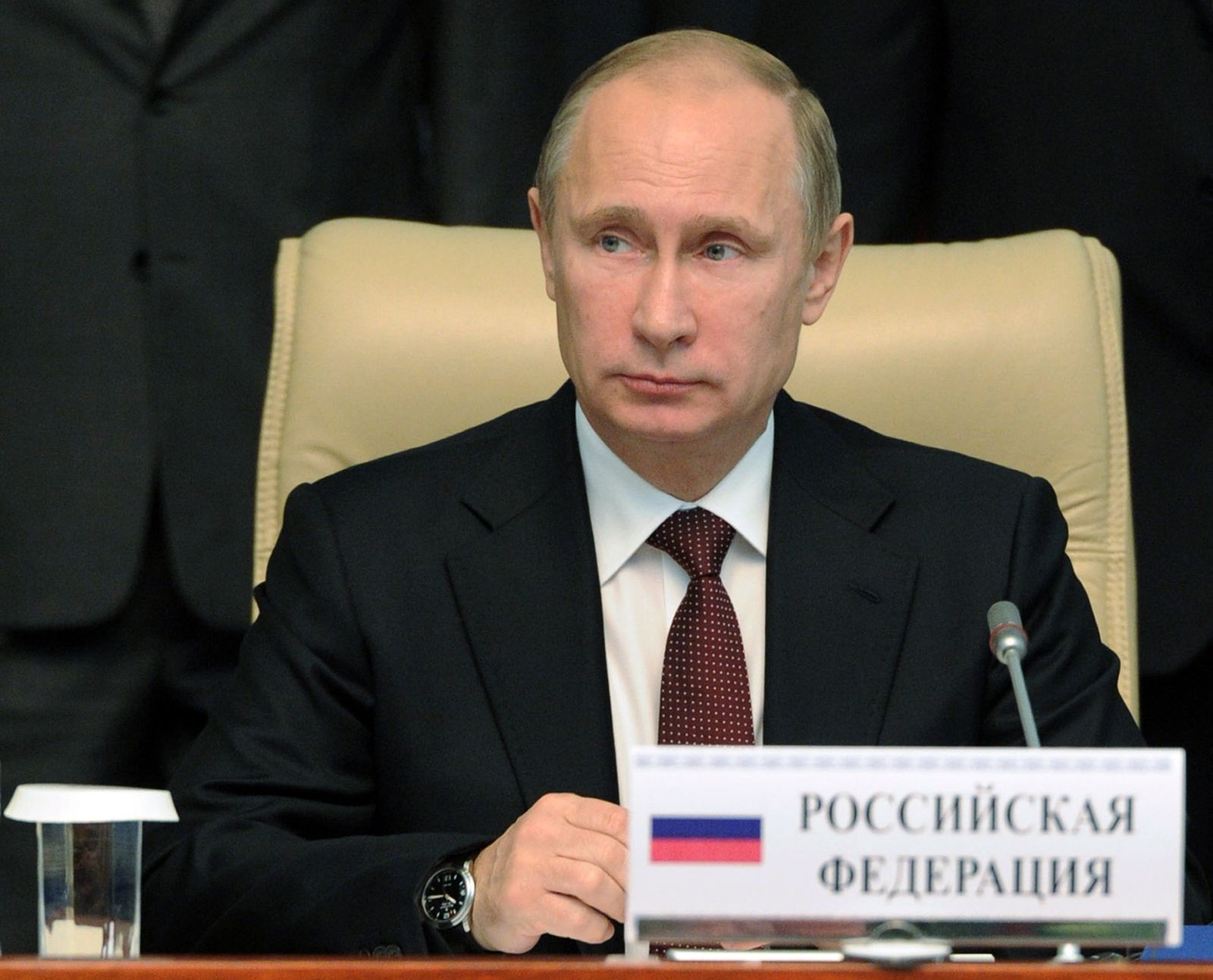