A horror scenario is making the rounds these days in both Berlin and Brussels: Should the outcome of the U.S. presidential election on Nov. 3 be close, incumbent Donald Trump could declare himself the winner when polls close, even if he is behind in the vote count. He could prematurely and unlawfully claim the presidency.

What would happen then?

One could imagine a scenario in which Brazilian President Jair Bolsonaro rushes to congratulate the "re-elected" U.S. president on election night, followed by Saudi crown prince Mohammed bin Salman, North Korean dictator Kim Jong Un and maybe even Russian President Vladimir Putin. Soon, though, the first congratulations from Europe might find their way to the White House, from Hungarian Prime Minister Viktor Orbán, for example, or his Polish counterpart Mateusz Morawiecki.

Should a constitutional crisis in fact develop in the United States following the election, there are widespread concerns in Europe that the EU could once again be deeply divided.

Presidential elections in the U.S. are always tense times for foreign policy experts in European capitals. Foreign Ministry staffers run through various scenarios for what the election result might mean for their country and for the European Union as a whole. The platforms of the two candidates are examined for commonalities and potential pitfalls, for areas of convergence and places where discussion might be fruitful. It is all quite routine.

Usually. This time, it's different.

It is about more than just the normal shift in U.S. foreign policy that happens when somebody new moves into the White House. It’s also about more than the risk that four more years of Trump could fatally damage the trans-Atlantic relationship.

The upcoming U.S. election is unique because in addition to the two possible outcomes, a third has also crept into the discussion: What happens if Donald Trump simply refuses to leave the White House even if he loses the election? Should that happen, the stability of democracy in the United States would be put to the test. It could even call into question the future of democracy as a form of government.

How can Europe prepare itself for such a scenario? Officials in Berlin and Brussels are wary of speculating publicly. They don't, after all, want to give Trump even more ammunition should he emerge victorious on Nov. 3.

But in background discussions, politicians and diplomats have made it clear that they see such a third scenario as a very real possibility.

Some politicians have even been open about their concerns. "I am aware of the danger that, should the results of the election be close, Trump could declare victory prematurely and the U.S. could find itself in a constitutional crisis," says Peter Beyer, a parliamentarian with Chancellor Angela Merkel's Christian Democrats (CDU) and the German government's trans-Atlantic coordinator. Everybody must consider such a scenario, he says: "Years ago, such a thing was inconceivable."

In Brussels, a senior EU diplomat recently sent a confidential report -- which DER SPIEGEL has seen -- from Washington, in which he warned that such a scenario cannot be discounted. The report notes that the U.S. is at risk of stumbling into such a crisis, which could last for several months and have significant negative consequences for the rest of the world.

A senior official in Germany's Foreign Ministry is a bit more circumspect in his formulation: "It cannot be excluded that, if the results are close, the situation might be uncertain immediately afterwards, as was the case in 2000, for example." That year, a lack of clarity about who had won the election led to a recount. The Supreme Court then stopped this process in Florida, handing the election to George W. Bush.

Still, as one European commissioner pointed out in a background interview, more than two months separate the election in the U.S. and the inauguration of the winner on Jan. 20 - enough time, the commissioner hopes, for the U.S. to clarify the results. Reinhard Bütikofer, a Green Party lawmaker in the European Parliament, adds: "If we're smart here in the EU, we'll keep our mouths shut and hope that U.S. democracy is strong enough to solve the problem."

But not everybody wants to sit back and wait. "We in Germany and Europe have to prepare," warns Beyer, the trans-Atlantic coordinator. In Berlin, he says, too many people are content to simply hope for the best. "But we can't afford the luxury of biding our time."

Split in the EU?

Some diplomats are concerned that if a constitutional crisis does develop in the U.S., the EU wouldn't even be able to agree on a common position. "If the result of the U.S. election isn't completely clear, European admirers of Donald Trump could rush to his side and drive the EU apart," warns Franziska Brantner, the German Green Party's leading parliamentarian on European affairs. "That is a real danger."

Brantner warns that, as the current holder of the rotating presidency of the Council of the EU, Germany carries the responsibility for "preventing the EU from drifting apart after the U.S. election." She adds: "My impression is that Berlin isn't doing enough to address this scenario, particularly when it comes to other EU capitals."

There are, however, competing interests within the EU. The majority of the bloc's 27 member states is hoping for a victory for Democrat Joe Biden, who they hope will steer the U.S. back to its traditional multilateral approach as a reliable alliance partner. But countries like Hungary, Poland and the Czech Republic prefer a Trump victory.

Thomas Kleine-Brockhoff, deputy head of the German Marshall Fund and leader of the think tank's representation in Berlin, sees three European camps. "That of the French, who want strategic autonomy, that of the Eastern Europeans, who engage in strategic embrace, and that of the Germans, whose commitment to strategic patience sometimes leads to strategic inertia."

France is convinced that, because of structural changes in the world, the relationship between Europe and the U.S. is changing so fundamentally that the election result will not have a decisive influence. Leaders in Poland are hoping for Trump's re-election, but they could also live with Biden, who hasn't been shy about reiterating his critical approach to Russia.

"The approaching U.S. election isn’t as important for any other European government as it is for the German government," says Kleine-Brockhoff. "Germany believes that the world order is at stake in this election."

It seems likely that the EU heavyweights will initially remain silent, should the results in the U.S. be unclear. But that would become more difficult if Trump were to ignore a clear Biden victory. Would the EU then dare to declare Trump's presence in the White House illegitimate, as it did most recently following Alexander Lukashenko's claim to power in Belarus? "If it is blatant, the EU would have to quickly take a position," says Elmar Brok, a former long-time European Parliament member with the CDU. "It couldn't act differently than it does in other instances."

It is seen as a virtual certainty that the European Parliament would pass a sharply worded resolution should Trump attempt to illegally cling to power. But that's not enough for Martin Schirdewan, floor leader for the Left Party parliamentary group. If the EU wants to be a leading defender of democracy, that ambition has to apply to the U.S. just as it does to places like Belarus, he says.

As such, Schirdewan is calling for the EU to send election observers to the U.S., just as the bloc most recently did for the vote in Nigeria. "The EU must push the U.S. government and also state governments to allow neutral EU election observers," Schirdewan wrote in a letter sent to European Commission President Ursula von der Leyen and European Parliament President David Sassoli.

"There are many indications that Trump will try to manipulate the election results or won't recognize a loss," the Left Party politician continues. "If the EU is serious about its appeals for democracy and multilateralism, then the only choice it has is to send election observers." Such a thing, though, would only be possible if they were invited by the U.S., which is extremely unlikely.

"Far Too Fixated" on U.S. Election

The U.S. election has also begun to affect political planning in the EU. One example is the trans-Atlantic dialogue on China, which the EU foreign policy chief, Josep Borrell, proposed in June following a video conference with EU foreign ministers and U.S. Secretary of State Mike Pompeo. Although both Borrell and Pompeo would like to launch the talks, the project has gone nowhere.

With the election looming, it doesn't seem like there will be anything more than a telephone call between the two on the issue. Many EU member states, including Germany, are opposed to launching a project with the Trump administration so close to Election Day, particularly given the danger that it could provide Trump with last-minute ammunition to declare himself a multilateralist who is valued as a partner across the globe.

The EU is also holding back on trade policy to avoid making any move that could help Trump. On Tuesday, for example, the World Trade Organization (WTO) granted the EU permission to introduce punitive tariffs on almost $4 billion worth of U.S. goods per year. The ruling came after Washington imposed such tariffs on EU imports in response to Brussels subsidies for Airbus. Now, the EU is allowed to respond in kind due to U.S. government assistance provided to Boeing.

But some EU member states, particularly Germany, are urging patience. They are concerned that Trump could take advantage of such punitive tariffs in the final days of the campaign. Diplomats say they want to avoid giving Trump such a gift at all costs.

The European Commission, which is responsible for foreign trade issues, is also reserved. In all likelihood, say Commission sources, Europe will refrain from levying sanctions ahead of the U.S. election, particularly given that such a move could be interpreted as political meddling. The hope is that a solution can be negotiated after the election instead of immediately confronting a possible Biden administration with a trade conflict.

At the same time, there are those who warn against expecting too much from the November vote. "We are far too fixated on the U.S. election," says Sigmar Gabriel, head of the trans-Atlantic think tank Atlantik-Brücke and former German foreign minister. "It's as if Europe's fate depended on this election."

Europe's problems, Gabriel says, have nothing to do with the U.S. "We'll continue to have those problems no matter who is sitting in the White House." 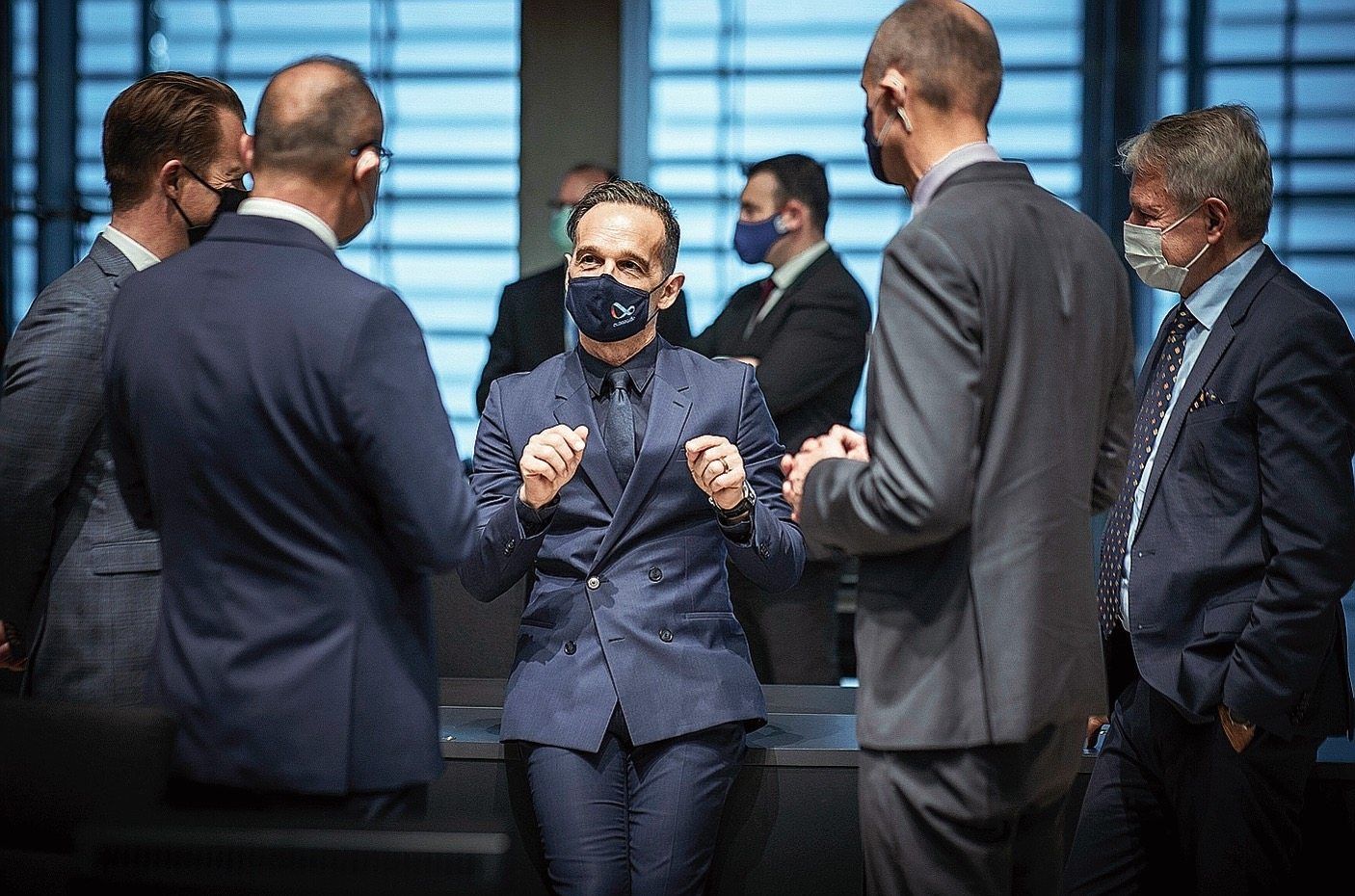 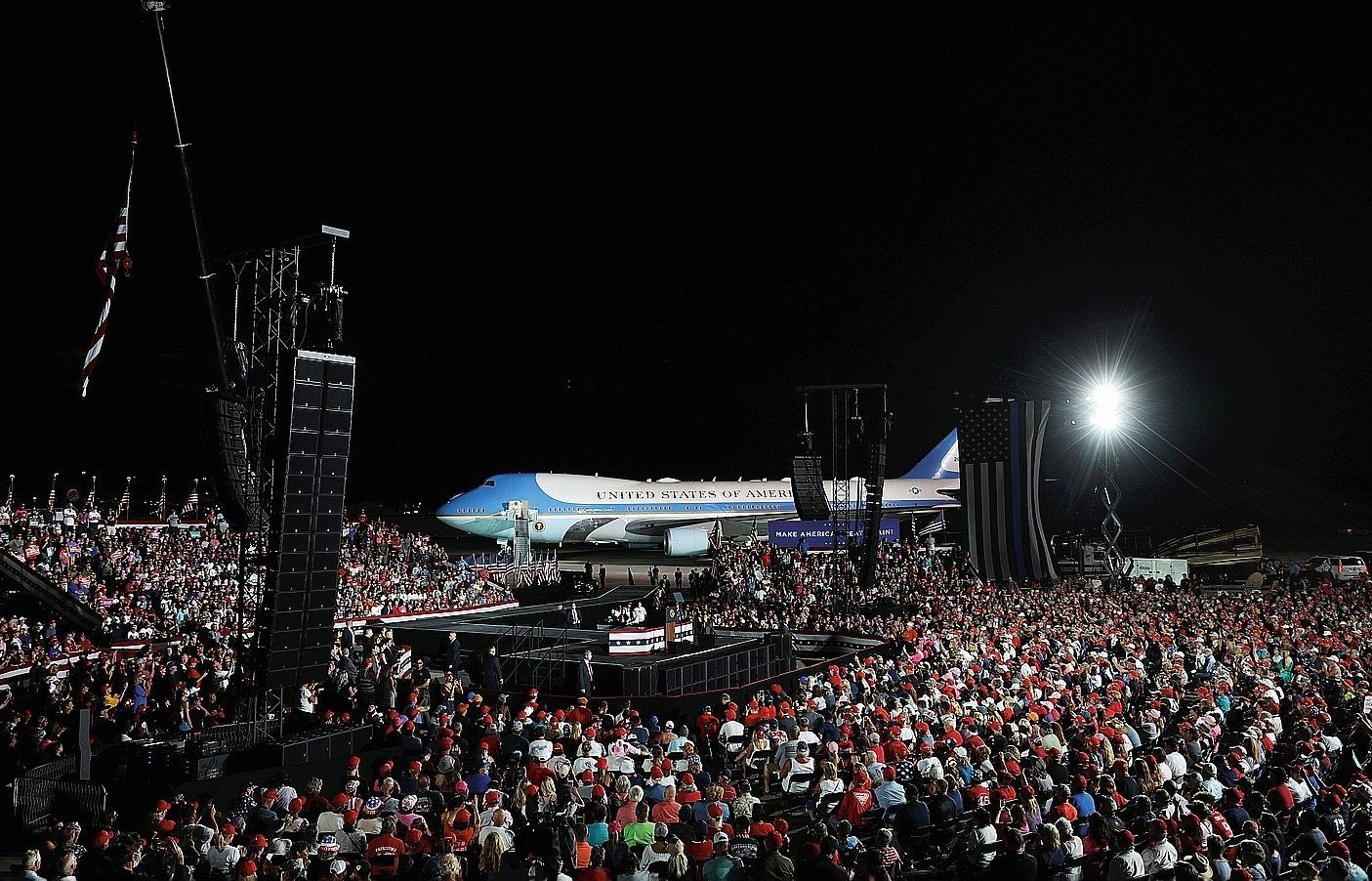 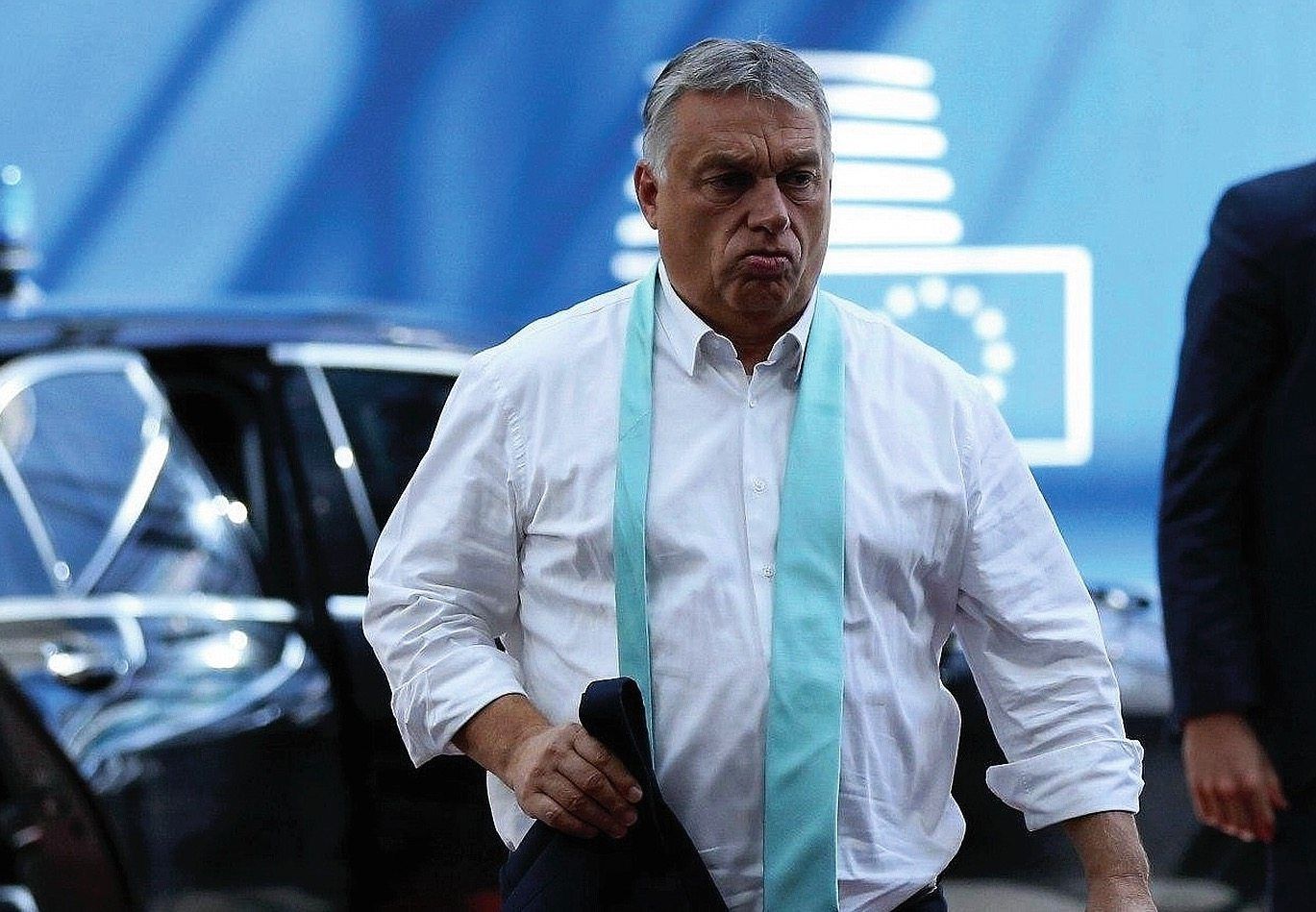