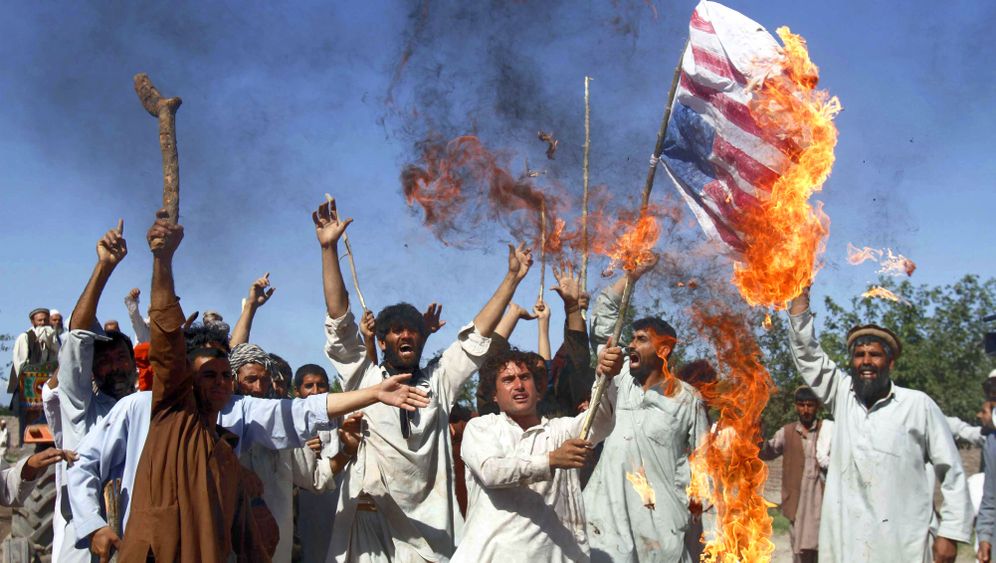 Photo Gallery: What Next for Afghanistan?

Two years ago, I went to Tartu, for an Estonian government conference on Afghanistan. There were German generals, Italian diplomats and representatives from European think-tanks. The three Afghans, who had been brought up in California and Virginia, were practically the only native English speakers in the room. We were reminded that there was "no military solution," lectured on the need for a "comprehensive approach" -- including economic development and good government -- and we were also taught about the intricacies of Pashtun tribal structures. I argued for my belief that we should have neither troop increases nor a total withdrawal but a light long-term footprint.

But why were we having this debate? The Estonians did not, it seemed, see Afghanistan as vital to their future. They were there primarily to deepen their relationship with NATO and particularly the United States. So why were the Estonians, or I, or any of the representatives of America's allies -- even those with lots of troops on the ground, such as Germany, France and Italy -- producing power-point presentations on Helmandi government structures, papers on police training and principles for tackling Pakistan?

If we drew different conclusions to the United States, would we really be willing to present them or able to implement them? The European debate on Afghanistan seemed almost a ceremonial activity preserved to entertain the public and please visiting dignitaries, particularly from the US -- a ritual which is preserved for the same reasons that the Horse Guards still wave their swords outside Buckingham palace.

When I moved to the United States, I expected the debate to be more lively because America bore more of the operation's responsibility and costs. It certainly seemed more open. Very senior figures encouraged me to speak out against troop increases. Even the most committed US soldier acknowledged that the project could not succeed without creating an effective, popular Afghan government alternative to the Taliban -- and that that was, to put it politely, "challenging."

Richard Holbrooke, would have remembered from Vietnam that generals never admit a mission is impossible and always assume that they need only to have more troops, new tactics, and more time. US President Barack Obama must have been acutely aware of the parallels between his position in Afghanistan and that of his predecessor, President George W. Bush, in Iraq. But did any of these people, even Obama, feel they had a real choice?

I would guess that Obama felt trapped by his political position, by his generals and by abstract theories of contemporary foreign policy. He would not want to be perceived as weak on national security. His would not want to be distracted from his focus on health care reform. And he himself had long justified the withdrawal from Iraq on the grounds that Afghanistan was the "good war," vital to US national security -- one which could have been won had resources not been diverted to Iraq.

General Stanley McChrystal, the recently-released commanding general on the ground, with the implicit consent of Centcom commander General David Petraeus, had publicly declared in the autumn of 2009 that he needed 40,000 more troops. It was understandable that Obama would be reluctant to tell his newly appointed commanding general, with decades in the Special Forces and a row of medals on his chest: "I have not spent any time in Afghanistan and have never served in the army, but I can tell you that you are wrong. You will not defeat the Taliban, additional troops will be a waste of time and I reject your counter-insurgency theory. Instead, we will reduce our troop presence. And as the situation deteriorates in southern Afghanistan and Pakistan, and the Taliban increase their control and the Republicans mock me for my weakness, I will take the full blame for having over-ruled my general's advice. (And I will also take the sole blame if there is another terrorist attack on the United States)."

Ultimately, the president succumbed to the dominant assumptions of the last two decades. Just as 8th century Mahayana Buddhists invented world after world, filling them with their distinctive demons and bodhisattvas, our think tanks and governments have also developed their own metaphysical structures, labeling them "failed states," or "counter-insurgency."

These theories can be made to seem absurd and indeed future generations may wonder, as we do about 8th century mysticism, why the beliefs of so many powerful and intelligent people were shaped by such eccentric systems. But seen from within our own historical context, or from behind a desk in the Oval Office, these theories are emotionally appealing, intellectually intimidating and often profitable. On their own terms feel almost impossible to refute.

Take, for example, the master-concept behind Obama's surge, namely that in order to prevent Afghanistan posing a terrorist threat it was necessary to launch full-spectrum counter-insurgency operations. It is possible, of course, to expose the curious premises, analogies and chains of inductive logic which imply our activities in 2010 are an efficient way of preventing another terrorist attack. And 20 years from now, we may struggle to explain why we once felt Afghanistan required the deployment of 100,000 troops or the spending $100 billion each year -- why it required far more resources and attention than its more powerful and populous neighbors Iran or Pakistan.

Leader Always Have a Choice

But counter-insurgency is an emotionally appealing theory for us today. Instead of only killing terrorists, it focuses on subjects close to the heart of a humanitarian or a journalist: tackling human rights' abusers, eliminating corruption, establishing the rule of law, building schools and clinics and, ultimately, creating a legitimate, stable state at peace with itself and its neighbors. Who could be against that?

It is also not an easy matter, to argue against such an intimidating, developed and detailed theory, enshrined in US army field manuals, justified by historical analysis of 70 previous insurgencies and endorsed by the charisma and experience of victorious generals. Even the basic premise that "the surge worked in Iraq and will work in Afghanistan" could only be refuted through a very detailed analysis of the violence in Baghdad in 2008 and a sophisticated comparison with social and political trends in southern Afghanistan -- an historical analysis which few feel equipped to attempt.

Meanwhile counter-insurgency is highly profitable not only to consultants (more than a quarter of the international aid spent in Afghanistan in 2008 was spent on foreign consultants) but also to NGOs. They can easily access money from the US government for repairing a school or rebuilding a clinic on the grounds that development is an important aspect of counter-insurgency. It is neither in the interests of Afghans nor those internationals who care about Afghanistan to quibble with the theory that development projects are making the world safer from terrorism. Finally, creating stable, effective and legitimate government through counter-insurgency fits neatly with our other global theories, such as the importance of fixing failed states.

The only way in which we could move beyond the counter-insurgency theory, or the hundred other theories which buttress and justify the Afghan war, is by rejecting their most basic underlying premises and objectives. Instead of trying to produce an alternative theory (on how to defeat the Taliban, create an effective, legitimate and stable Afghan state, stabilize Pakistan and ensure that al-Qaida could never again threaten the United States) we need to understand that however desirable such things might be, they are not things that we -- as foreigners -- can do.

We can do other things for Afghanistan but the West -- in particular its armies, development agencies and diplomats -- are not as powerful, knowledgeable or popular as we pretend. Our officials cannot hope to predict and control the intricate allegiances and loyalties of Afghan communities or the Afghan approach to government. But to acknowledge these limits and their implications would require not so much an anthropology of Afghanistan, but an anthropology of ourselves.

The cures for our predicament do not lie in increasingly detailed adjustments to our current strategy. The solution is to remind ourselves that politics cannot be reduced to a general scientific theory, that we must recognize the will of other peoples and acknowledge our own limits. Most importantly, we must remind our leaders that they always have a choice.

That is not how it feels. European countries feel trapped by their relationship with NATO and the United States. Holbrooke and Obama feel trapped by the position of American generals. And everyone -- politicians, generals, diplomats and journalist -- feels trapped by our grand theories and beset by the guilt of having already lost over a thousand NATO lives, spent a hundred billion dollars and made a number of promises to Afghans and the West which we are unlikely to be able to keep.

So powerful are these cultural assumptions, these historical and economic forces and these psychological tendencies, that even if every world leader privately concluded the operation was unlikely to succeed, it is almost impossible to imagine the US or its allies halting the counter-insurgency in Afghanistan in the years to come. Roman Emperor Frederick Barbarossa may have been in a similar position during the Third Crusade. Former US President Lyndon B. Johnson certainly was in 1963. Europe is simply in Afghanistan because America is there. America is there just because it is. And all our policy debates are scholastic dialectics to justify this singular but not entirely comprehensible fact.