There aren't a lot of people left who will openly support the TTIP free trade agreement. Even German Chancellor Angela Merkel and US President Barack Obama acted like they were the last ones left when they were shilling for the agreement at the most recent Hanover Fair -- holding hands as tightly as Hansel and Gretel marching through the dark forest.

Since the publication online last week of confidential documents from the negotiations by Greenpeace at the very latest, the project has seemed destined to fail. The documents show that the positions of the Europeans and Americans are still very far apart. Broad opposition to the deal has formed on both sides of the Atlantic, reaching from presumptive Republican presidential candidate Donald Trump to French President François Hollande to British Labour Party leader Jeremy Corbyn. So wouldn't the easiest solution be to listen to the "stop TTIP" slogans that are being carried around German streets by tens of thousands of environmental and health activists?

That would be the simplest option, but it wouldn't be the right one.

The European political elites' mistake was to work on the TTIP project like it would any old trade agreement: Behind the closed doors of their air conditioned conference rooms, constantly accompanied by overzealous representatives from industry groups or corporate headquarters. But the TTIP is about customs, which experts like to call "non-tariff barriers," and not about technical standards for electrical plugs or car parts. It is about various security, environmental and health regulations and about the process by which foreign companies can take action against states when they feel like they've been put at a disadvantage. These are questions that, for good reason, Western industrialized countries overwhelmingly leave to parliaments. It is to the anti-TTIP movement's credit that it has unveiled the trade negotiations' democratic deficit and turned them into the subject of political debate.

Here, however, is what critics are overlooking: Germany is an export nation whose success largely depends on it determining relevant global standards. It currently still has an advantage, but since the population-rich emerging economies in Asia have begun catching up technologically and uniting themselves into powerful alliances, that lead is shrinking. In the next few years, new trade agreements will be created all around the world, with key regulations applying to security, the environment and privacy. The question is: Will they be more European or more Asian in spirit?

Europe Risks Being Left in the Dust

For this reason, the TTIP isn't just an economic but a political project. Are the aging democracies of the West prepared to overcome national reservations and create a common economic area for 300 million Americans and 500 million Europeans? Are they intent on playing a part in determining the rules of the global economic game in the 21st century -- or do they want to leave this task to others? Nowhere is the trans-Atlantic frustration about the TTIP being followed with as much secret pleasure as in the planning staffs of the Kremlin's Vladimir Putin or China's head of state Xi Jinping.

This is why the negotiators in Berlin and Brussels need to set the right priorities. They must firmly defend European achievements in environmental and consumer protection and ensure that laws passed by parliaments can't be nullified by ingenious lawyers. The criteria for so-called investor protection that Brussels most recently came up with are a good foundation, but in the end, the Europeans also need to be ready to make compromises. The message sent by the existence of common Western trade rules is more important than the question of whether Nürnberger bratwurst can also be made in Kentucky.

Perhaps the Europeans should think back to the history of their own single market. It became a huge success, but started as the European Coal and Steel Community. The planned Atlantic deal could be launched first for important industrial and service branches and later expanded to other economic sectors. Indeed, a "TTIP Light" would be better than no agreement at all.

Critics of the agreement are right on many points, but they don't have an answer to one question: Which role should Europe play in the future of the global economy? Exiting globalization is not an option. 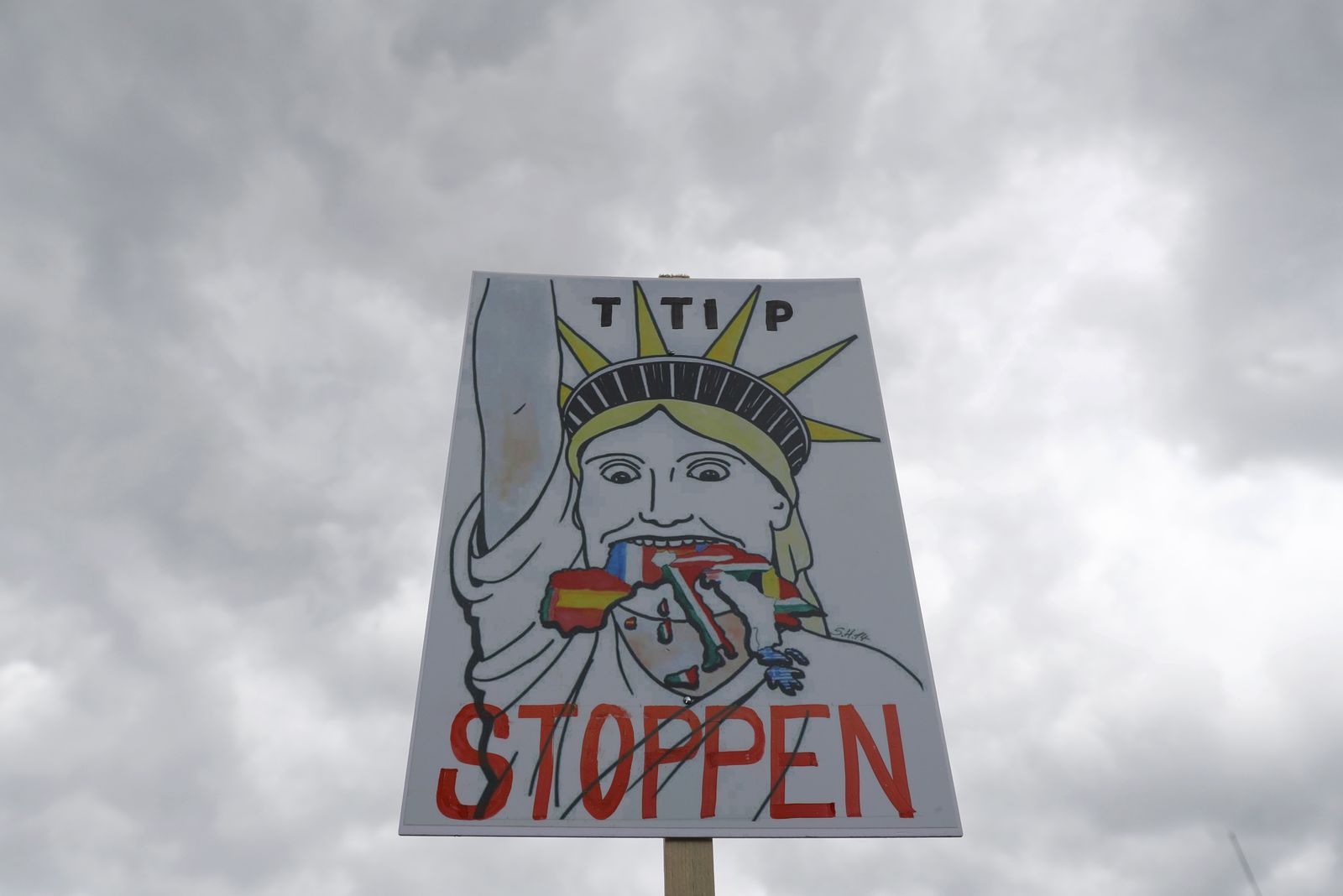