German Chancellor Angela Merkel finally got around to commenting on Monday, two days after SPIEGEL reported that the NSA has been storing and evaluating data from around half a billion communications connections in Germany each month. Her reaction, to be sure, was harsh. "The monitoring of friends -- this is unacceptable. It can't be tolerated. We're no longer in the Cold War," she said through her spokesman Steffen Seibert.

But the dimensions of US data surveillance -- and the fact that much of that data was collected in Europe -- have been generally known for weeks, as a result of documents made public by Edward Snowden. Yet when US President Barack Obama visited Berlin in June, the Chancellor merely asked a few polite questions. That was it.

German Interior Minister Hans-Peter Friedrich also appeared to be trying to make up for lost time on Monday, demanding an apology from the US in an interview with the news magazine Focus. "If the reports are confirmed, it would be a burden on the trust between the EU and the US," he said.

It took a while for the full dimensions of Snowden's allegations to sink in with Germany's politicians. And yet Snowden himself uttered the key allegation three weeks ago. "Any NSA analyst at any time can target anyone," he said, "from a federal judge to the president." All that's needed is an email address. Thanks to Snowden, Germans now know that this happens on a vast scale, even in their own country.

The US government points to the war on terror to justify its surveillance activities. In order to effectively tackle international terrorism, so goes the rhetoric, much has to be allowed -- all in the name of protecting the West. As Obama says: "You can't have 100 percent security and also then have 100 percent privacy and zero inconvenience."

Now that Snowden has afforded the world a glimpse of the inner workings of the NSA, it has become clear that Obama is, at best, telling only a small portion of the truth. With evidence indicating that the NSA bugged EU offices and summits in Brussels attended by world leaders, the fight on terror is no longer a valid excuse. Luxembourg's Foreign Minister Jean Asselborn, President of the European Commission Jose Manuel Barroso and European Parliament President Martin Schulz don't seriously pose a threat to anyone.

The Americans' colossal spying operation smacks of totalitarianism. SPIEGEL has viewed an internal NSA presentation which lays out a vision of "Information Superiority": a worldwide dominance of information networks. This vision was drawn up several years ago and it seems safe to assume that the US has come a significant step closer to implementing it since then. In it, the NSA openly refers to Germany as both a friend and a foe. "We can, and often do, target the signals of most third party foreign partners," it boasts.

A constitutional state cannot allow it. None of us can allow it.

It's worth taking a close look at Germany's constitution, the Basic Law. "Privacy of letters, posts, and telecommunications shall be inviolable," it states in Article 10.

When it comes to correspondence, the private sphere was even a top priority for those who drafted Germany's constitution. The US should be able to understand this. Amendments to the US Constitution, such as the First Amendment guaranteeing freedom of speech and freedom of the press, are treated as inviolable legal rights.

Protecting them is now the challenge facing the chancellor. And she has leverage. With talks on an EU-US free trade agreement getting underway, she could make it clear to Obama that such a deal is contingent on whether the NSA practices are investigated and stopped.

Merkel, Friedrich and the rest of the German government have a political mandate to protect the public, defend the German constitution and to guarantee German sovereignty. If they fail in this task, they don't deserve to be re-elected this September.

But there might be another reason why Berlin has been reluctant about raising its voice. German authorities could well know more than they are letting on. It is hard to imagine that the NSA acted without the involvement of the German Federal Intelligence Service (BND). Rumors persist that the US coordinated at least part of their surveillance program on German soil with German authorities. Germany's collusion would go some way to explaining how half a billion of its communications connections each month ended up in the NSA's internal "Boundless Informant" system. Thus far, the BND has vehemently denied to SPIEGEL that it supplied any raw data.

It is high time to put the matter in independent hands. On a European level, this would take the form of an international investigation committee tasked with shedding light on just what the NSA was doing on EU territory and against the EU itself, and also on the extent that national intelligence agencies may or may not have been cooperating. The whole process would also serve as an acid test of where today's Europe stands on domestic and legal policy. This is an unprecedented scandal on a trans-national scale. National borders and laws apply only to a limited extent.

In Germany, the latter are decided by the Federal Constitutional Court in Karlsruhe. In March 2010, when it ruled that a law allowing the mass storage of private records breached Germany's constitution, it proved that it understands where to draw the line between security and freedom.

This is the very same private data -- which Germany's high court says cannot be stored -- that the NSA has been collecting. If the BND is telling the truth and never agreed to the NSA's spying activities, the ball would be in federal public prosecutors' court, as it would whenever a foreign intelligence service engaged in non-approved practices. Just imagine what would happen if Russian or Chinese intelligence services were found to be hoarding vast amounts of data from Germany every month. An army of investigators would hunt down the spies. It would be a first-class scandal, and rightly so.

The NSA is striving for "Information Superiority." What any constitutional state must now strive for is "Information Sovereignty" -- a return to self-determination and its basic right to decide itself what happens to its data. Edward Snowden's allegations can help this happen. They are in the public interest. In a video interview, he made a statement explaining why he became a whistleblower. "I do not want to live in a world where everything I do and say is recorded," he said. 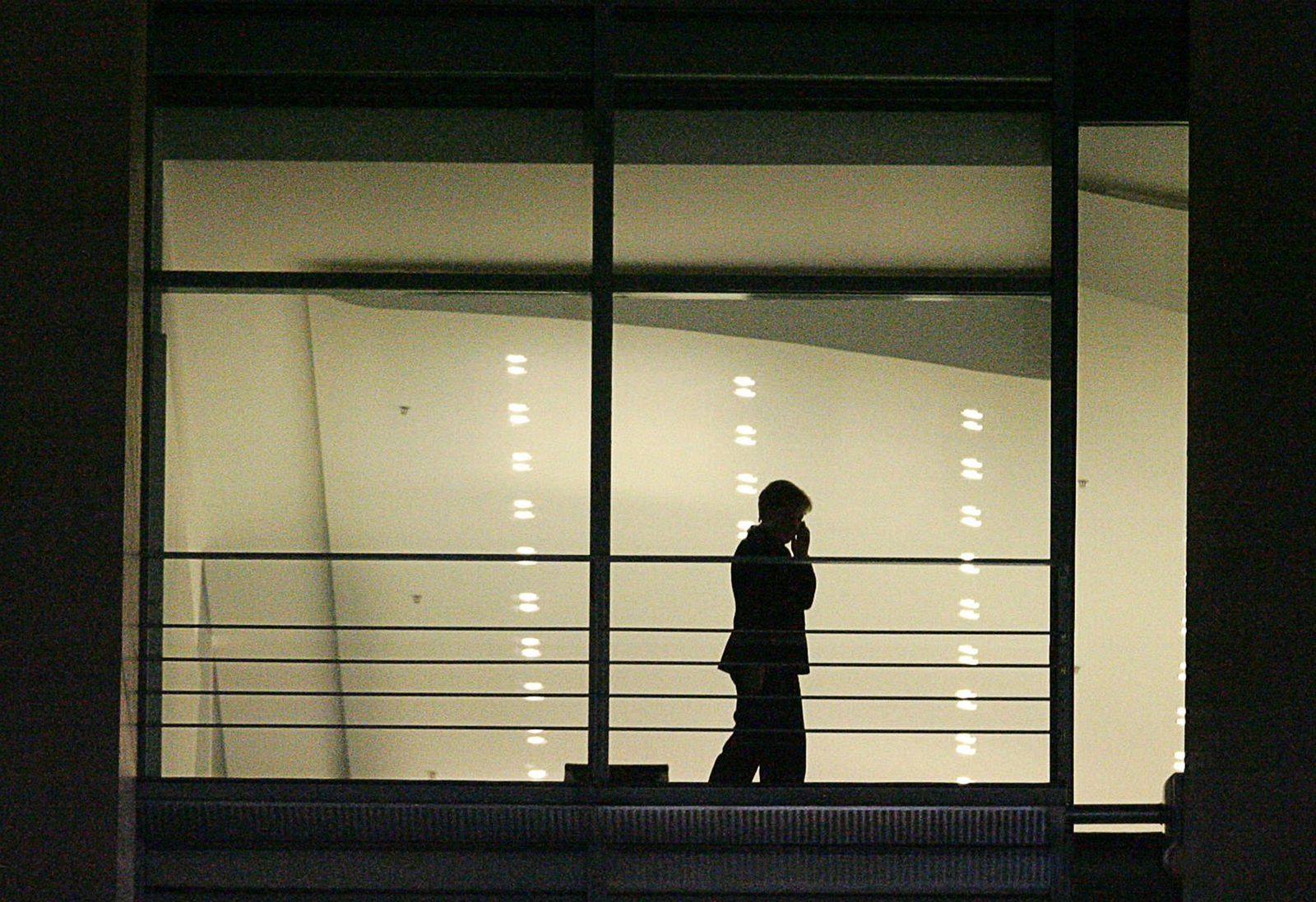 Pressure is on German Chancellor Angela Merkel to confront US spying allegations head on.