The global economic and financial crisis has led to a dramatic increase in government debt in recent years. Within the Organization for Economic Cooperation and Development (OECD), member countries' average debt ratio -- i.e., public debt relative to economic output -- increased significantly from 72 percent in 2007 to more than 100 percent in 2011. And there's no turnaround in sight for 2012.

In hindsight, there is no doubt that the states were correct to increase their debt. Without an expansionary fiscal policy and the extensive support programs for the banking system, the global economy would have plunged into a 1930s-style Great Depression during the past few years. 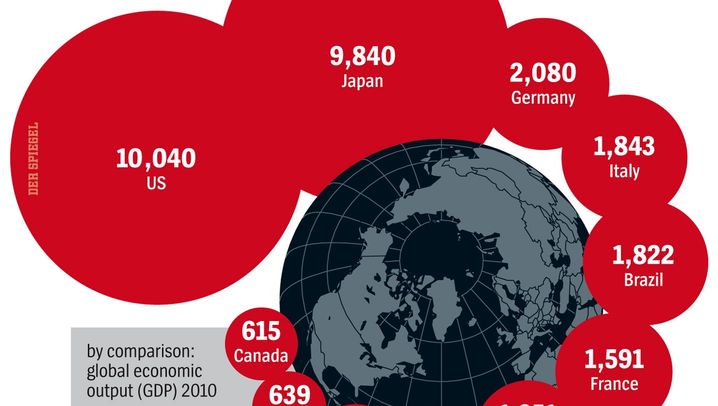 But how significant is this development in reality? If we take the OECD area as a whole, the increase in the debt ratio over the last four years means that national governments now have to cough up around 30 percent more in interest payments.

Given a long-term interest rate of 4 percent, the higher debt level means additional government spending equivalent to 1.2 percent of annual economic output. That is a manageable amount. If governments were to stop taking on new debt by 2014, they could return to the debt levels of 2007 -- the year before the crisis hit -- by 2023, assuming annual economic growth of 4 percent.

Tax Increases to Balance the Budget

But is it even possible for national governments to balance their budgets within the foreseeable future? For the OECD countries with the largest deficits -- Ireland, the United States and Japan -- the problem is clearly on the revenue side. These countries have government revenues which only amount to about one-third of gross domestic product (GDP), putting them at the bottom end of the OECD scale. Conversely, Sweden and Finland -- both countries with high taxes -- belong to the countries with the lowest budget deficits.

If Ireland, the US and Japan managed to increase their public revenues to the level of Germany (43.2 percent of GDP), it would achieve a great deal. Japan and the US could achieve a budget surplus, and Ireland would at least be able to meet the 3 percent deficit limit set by the Maastricht Treaty, the European Community agreement establishing the foundations of the euro and the common currency's stability (see table). The situation would be even better if countries raised their revenues to the euro-zone average of 44.8 percent. Under that scenario, only Britain and Greece would still have problems meeting the Stability and Growth Pact's 3-percent limit.

Current and Projected Surpluses/Deficits of Selected OECD Countries, 2011(as a percentage of GDP)

From an economic perspective, there is no reason not to use this approach to balance government budgets, assuming that the tax increases are not made abruptly. The example of Germany in the 1990s shows that it is absolutely possible for a country with high taxes to make ends meet during an economic crisis.

At the time, then-Chancellor Helmut Kohl increased the top rate of income tax to 56 percent (including the so-called "solidarity surcharge" which is levied on top of income tax) in order to finance German reunification. Government revenues reached levels of around 46 percent of GDP. Nevertheless, average economic growth in Germany in the 1990s was 2.1 percent. That was more than twice as high as in the last 10 years, when it was only 0.9 percent -- even though the center-left government of former Chancellor Gerhard Schröder, which was in office between 1998 and 2005, massively lowered taxes on high earners and companies.

The Rich Should Pay More

For the sake of fairness, it would be obvious to have the people who benefited most from the -- in retrospect undesirable-- developments of the boom years, and from the subsequent rescue packages, shoulder the costs of fixing the crisis. That would be an argument in favor of raising additional revenue not only through income tax, but also through capital gains tax.

Here, too, Germany can serve as a model. After World War II, Germany passed a law mandating financial compensation for losses suffered during the war. As part of that law, a tax on capital and property was created. It required individuals who still had substantial assets following the war to pay half of the worth of those assets on June 21, 1948 into a compensation fund, in 120 quarterly installments distributed over 30 years.

As the current discussion in the United States amply illustrates, there is no chance of tax increases happening there any time soon. Any budget consolidation there will clearly have to happen on the expenditure side. In terms of the economy, this has major drawbacks, because reducing government spending has a very strong negative effect on the economy. In contrast, raising income taxes disproportionately affects higher earners. That has a significantly smaller impact on the economy, because such people save a large proportion of their income rather than spending it.

Spending cuts are especially problematic from the point of view of growth if they are undertaken by countries like the US which already spend less than the average on education, infrastructure and social transfers. If a state that is already skinny is told to go on a diet, it can easily succumb to anorexia.

For most countries, therefore, the best way out of the debt crisis is to raise their excessively low government revenues to a reasonable level. In that respect, sovereign states are a bit like hotels: If you want to have four-star standards, you can't charge three-star prices. And if people in the US flatly refuse to pay more for their government, they will, in the medium term, find themselves living in a middling economy. 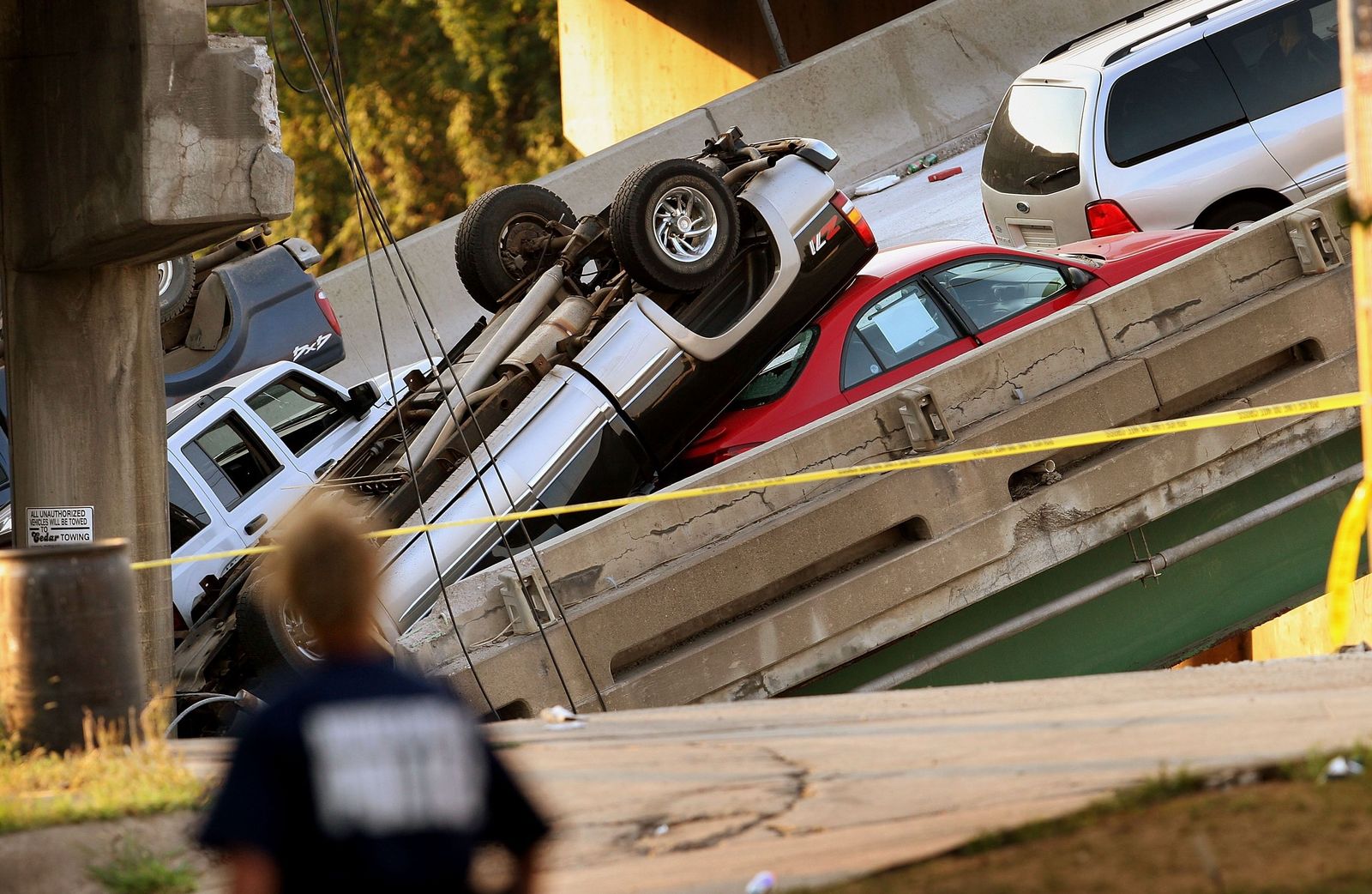 A collapsed bridge in Minneapolis (2007 photo): The US already spends less than average on infrastructure.