For days now, angry Turkish nationalists and supporters of the Turkish President Recep Tayyip Erdogan have been bombarding me with hate mail and posting on my Facebook wall. The reason: my appearance on "Anne Will," a German political talk show, during which I supposedly attacked Erdogan and defended the controversial and insulting poem by satirist Jan Böhmermann that sparked an international incident over the last few weeks.

My argumentation was in no way anti-Turkish, and I clearly expressed my reservations about the way the poem intentionally transgressed boundaries. Nonetheless, I have been accused, mostly in Turkish, of justifying its insults. I have been told that I am a traitor to my fatherland, that I sold Turkish honor to the German devil and that I sold myself out for my career.

These reactions are nothing new to me. I am familiar with them from my stage performances. But I too am surprised at how much fresh anger has emerged out of a debate about satire and art that has already been conducted countless times. Would there have been the same strong reactions if the subject had been the president of another country?

Clearly, this is mostly about the honor of Turkish people living in Germany. They have long felt persecuted by German degradation and arrogance. They feel humiliated and betrayed. And they don't believe in the good intentions of German politicians when they talk about integration and leading culture.

The German-Turkish population's tendency to separate itself has become stronger since the 1990s arson attacks, including those that took place in the northern German town of Mölln and western German town of Solingen. Then came the string of murders committed by the National Socialist Underground between 2000 and 2006, in which eight people of Turkish background died. As a result of the long period of political indecisiveness that followed, as well as the hesitant proceedings of the German justice system, Turks' doubts about whether they can ever feel at home in Germany have become a near-certainty. Germans and Turks will never become friends, they are step-siblings.

The true father of the Turks, including those who live in Germany, is President Erdogan. For many of them, he is the savior of a new and self-confident Turkish nation that no longer takes the world's abuse. Turks in Germany believe that you can't depend on the Germans, and if there is anybody who truly looks after our interests, it's our President Erdogan.

If you want to understand why Erdogan so successfully fulfills the longing for a reinvigorated greater Turkish state inspired by the Ottoman Empire, you need to consider the historical background. For years, Turkey was run by elitist circles made up of spiritual and ethical followers of Kemalism. Mustafa Kemal Atatürk turned the structures of Turkey on their heads while taking away the central pillar of its continued independent development. The former superpower became a Europe-oriented republic. The affairs of the state were separated from religion. Since the beginning of his rise, Recep Tayyip Erdogan has been obsessed with the idea of replacing the hegemony of post-Atatürk republican Turkey with a seemingly libertarian-Muslim social order.

Suspicion of a Self-Confident Turkey

Internally, Erdogan is driven by a vindictiveness that seems to have built up during his months in prison and which he is now taking out on the people he thinks were complicit in Turkey's unwavering Kemalist politics. As a result, his opponents consider him a dictator while he still sees himself as a dissident.

But Erdogan has also stabilized Turkey. The economy is booming, its social systems are functional. Turkey is no longer on the threshold of the developing world, rather it is oriented towards Europe, and thus finally to take seriously. It is balm for the maltreated soul of a chronically sick nation.

Germans view this newly self-confident Turkey with suspicion. Have the German-Turks taken up residence in the middle of German society, or are they sectarian lone wolves who are merely using German hospitality to pursue their own interests? The recurring accusation that Turks are unwilling to integrate and take refuge in parallel societies only confirms the German-Turks' divergent position. As long as a polemicized debate about the subject continues to sell well and the books of Thilo Sarrazin, a boistrous opponent of multiculturalism, remain bestsellers, a rapprochement between German-Turks and their German identity will remain difficult.

The Turks have lost their trust in Germany -- and the Germans theirs in Turkey. German-Turks are balancing between their two identities as they would on a tightrope. Only when Germany understands that Turks are a part of their society will the willingness of the Turks to decide for one side or the other become greater. Only when people are no longer asking which conditions Turkey still needs to fulfill to be recognized as a full-fledged part of Europe, will the willingness of German-Turks to cut the rope on which they are balancing -- and to decide for the side that is doing the most for them -- become greater.

Serdar Somuncu , 47, is a cabaret performer, writer and director. He was born in Istanbul and grew up in the Rhineland. 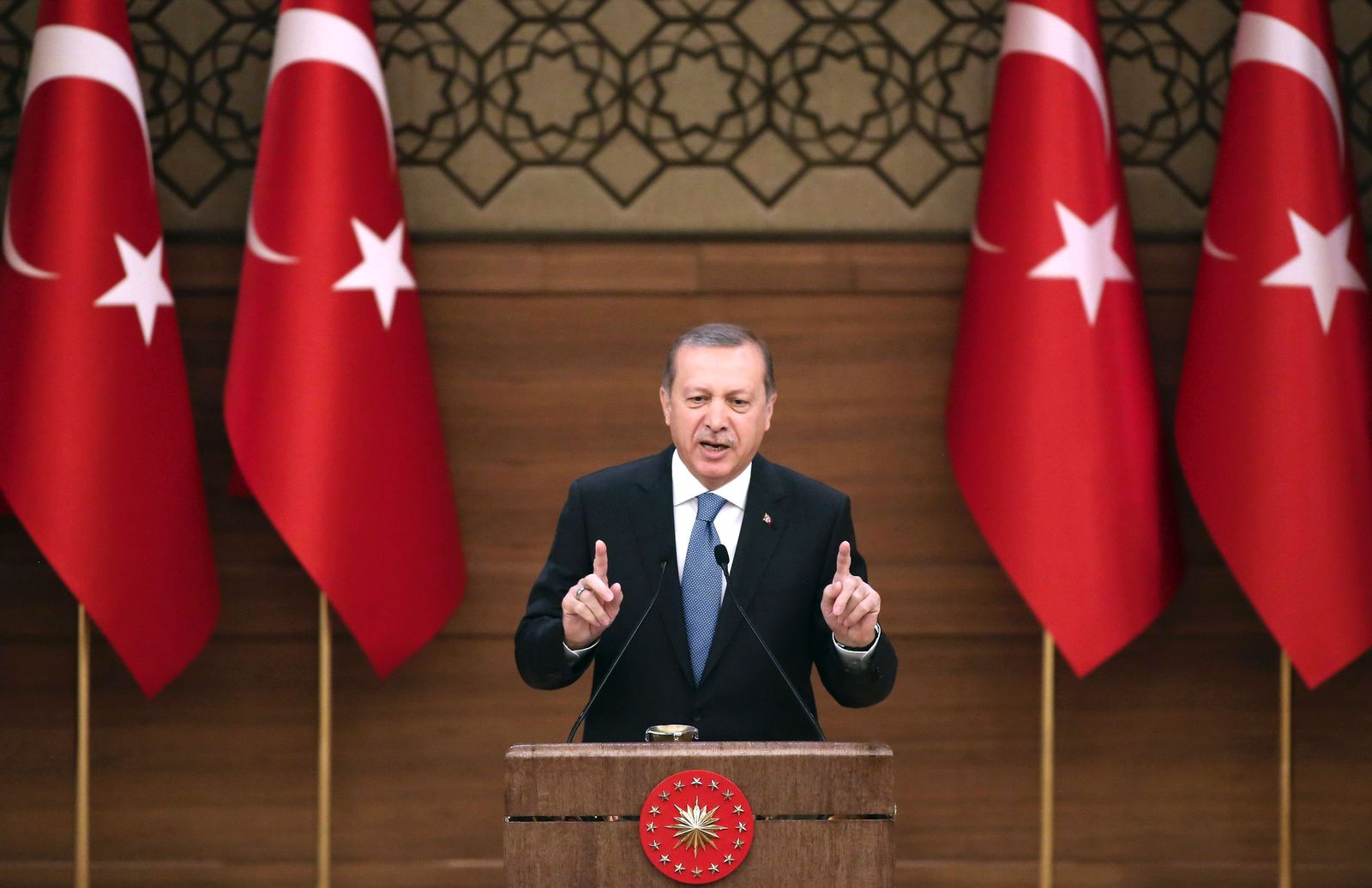