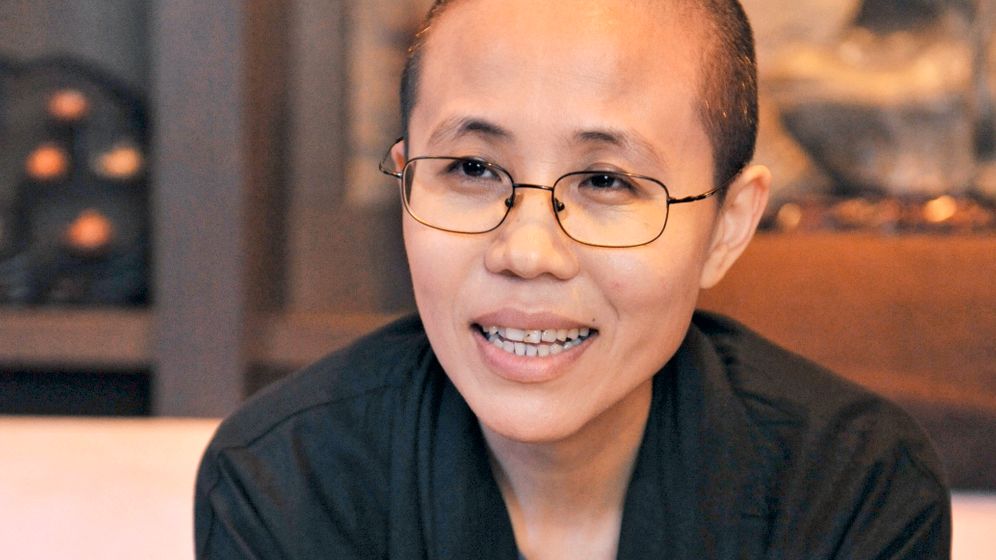 Ever since the imprisoned Chinese dissident Liu Xiaobo was tipped as the frontrunner for the Nobel Peace Prize, his wife Liu Xia has been in the media spotlight. She has given a number of interviews to Western publications over the last few days, talking about her husband's political work and the conditions he has to endure in prison in the city of Jinzhou, where she visits him for one hour a month.

The 49-year-old poet and photographer was allowed to see her husband on Sunday after he had learned he had won the prize, but has now been placed under house arrest, according to human rights organizations. She is not allowed to contact the media or her friends.

A few days before the prize was announced, SPIEGEL met with Liu Xia in a teahouse near the China Millennium Monument in Beijing. The petite intellectual with her distinctive close-cropped hair smoked menthol cigarettes and laughed easily during the interview.

She told SPIEGEL she wanted to travel to Oslo to accept the prize on her husband's behalf. "I have a passport," she says. "I will go if they let me."

SPIEGEL: Your husband is the first Chinese person to be awarded the Nobel Peace Prize. What will change?

Liu Xia: I can only cite what Xiaobo's friends are saying. They are convinced that the prize is an opportunity to change the entire country.

SPIEGEL: And what does the award mean for your husband?

Liu: I hope that his treatment in prison will improve.

SPIEGEL: Have you signed the "Charter 08," the pro-reform manifesto co-authored by your husband?

Liu: No. I am not politically involved. I behave as if I live in a different world. We discuss politics as little as possible at home. My husband knows that it doesn't interest me.

SPIEGEL: Haven't you ever discussed the risks?

Liu: Oh yes, we have. We thought about what would happen if one of us were sent to prison. We discussed what we would do for each other and what we wouldn't do. I said to my husband: I will not fight for you every day, but I promise that I will visit you every month.

Liu: Now I'm doing all the things that I really didn't want to do. He probably can't imagine that I am no longer a housewife, which is what he would jokingly call me.

SPIEGEL: Your husband is in a prison in Liaoning province, which is a great distance for you to travel. Why does he have to serve his sentence there?

Liu: Government officials like to make people suffer. It's part of their nature. The worse off you are, the better they feel. It's sick.

SPIEGEL: How is your husband?

Liu: His frame of mind is very good, but he has stomach problems and possibly hepatitis B. I cook for him, and I send him powdered milk and vitamin pills. We are also permitted to write to each other, but the letters are censored.

Liu: He doesn't have to work. He reads -- among other things -- French novels, and historical books. Politics is banned, and so are newspapers.

SPIEGEL: Does he have to practice self-criticism and attend political lessons, as is common in Chinese prisons?

Liu: No. They know it's useless.

SPIEGEL: Are you under surveillance?

Liu: Yes. I live in an apartment building owned by the tax office, my former employer. The security police have a booth at the north gate to our courtyard. So far the officers have been very friendly, and the tone isn't as brusque as it used to be. When the EU recently invited me to attend an event, they said: "Big sister, let's talk about it. Do you really have to go?"

SPIEGEL: What was your reply?

Liu: "Of course I'll go, if you don't stop me." They said: "Well, then go." Otherwise they greet me politely, remind me not to forget my umbrella and send greeting cards to my parents on holidays.

SPIEGEL: But your movements are not restricted?

Liu: The police often follow me. Once, when I invited some friends to a restaurant, we sat at two tables while police officers sat at four tables surrounding us. My life won't change. My husband and I have never thought about the prize. It all seems unreal to me. 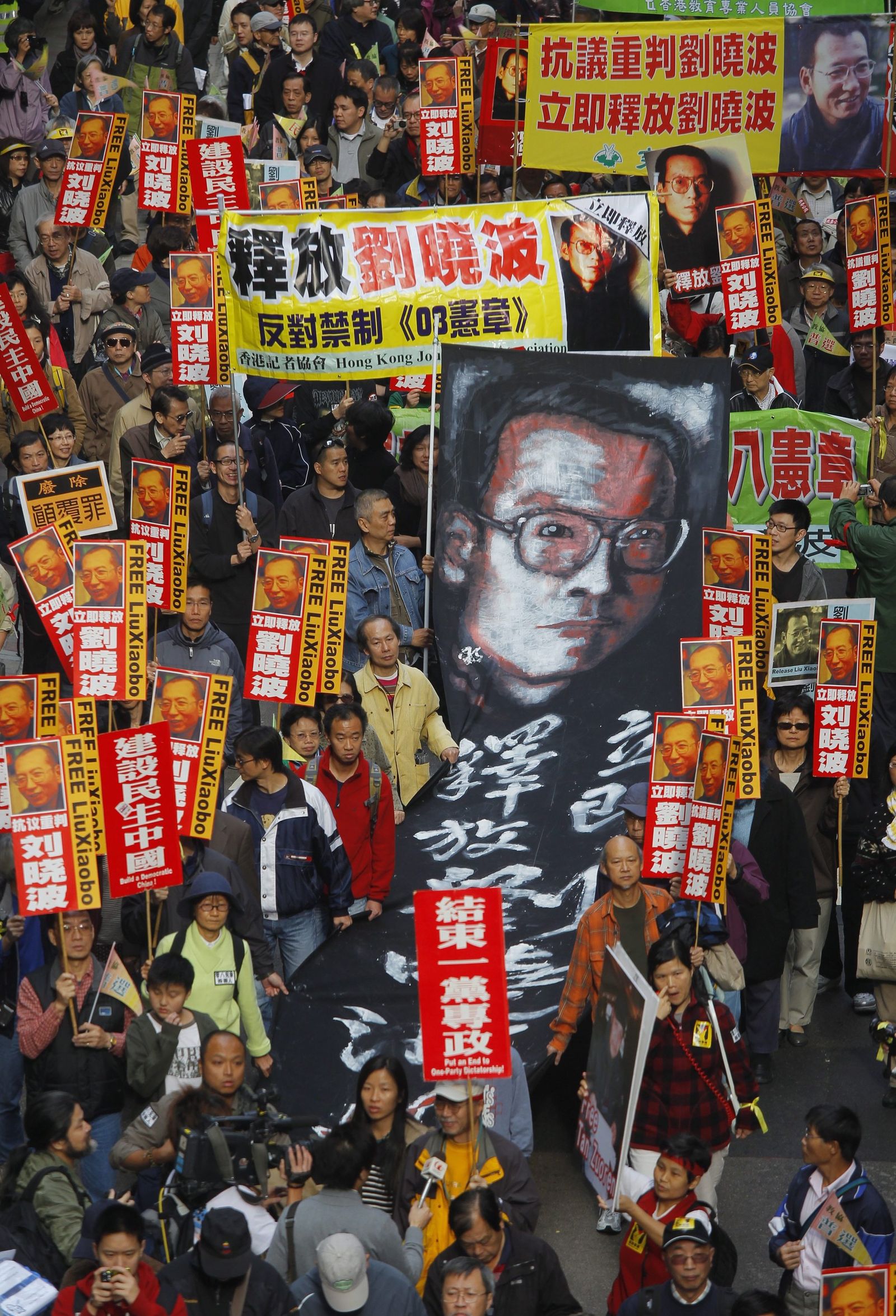 A demonstration in Hong Kong supporting Liu Xiaobo in January 2010: "I can only cite what Xiaobo's friends are saying," Liu Xia told SPIEGEL. "They are convinced that the prize is an opportunity to change the entire country."