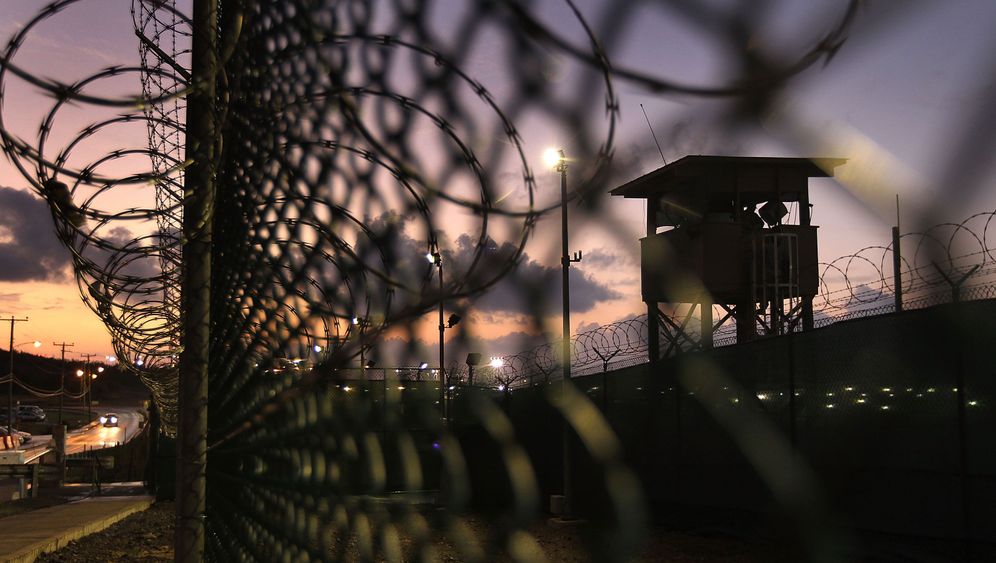 In total, 765 documents provide portraits of all the prisoners at Guantanamo Bay. In all, they represent 765 attempts to classify the danger presented by the prisoners into three categories: high, medium or low. This simple effort to categorize the prisoners alone shows just how helpless the undertaking was to create reliable profiles of the Guantanamo prisoners.

The documents, obtained by SPIEGEL and other international media, underscore the shortcomings of the Guantanamo system. They also make it possible, for the first time, to get a precise idea of just who the 779 prisoners were: The files provide information about their country of origin, their age, the state of their health and their behavior in prison.

All the prisoners were provided with numbers after arriving at the prison, with two characters in the alphanumeric codes in the documents obtained designated for the country of origin. "YM," for example, stands for Yemen; "KU" for Kuwait. The files obtained by SPIEGEL indicate that, with 214 prisoners, the single largest number of detainees came from Afghanistan, followed by Saudi Arabia (140), Yemen (110) and Pakistan (67). A further 44 countries are also listed.

The memoranda are classified as "secret" and bear the additional classification of "Noforn," or "Not releasable to foreign nationals."

Even though the material is incomplete, it still represents the most comprehensive files seen yet of the prisoners who have been held by the United States at the Caribbean prison. The memoranda contain the life stories of over 700 Afghans, Yemenis and Uighurs, of high-ranking al-Qaida leaders, the 14 so-called "high value detainees," and of guilty and innocent people for whom the United States, a country that follows the rule of law, could find no better way of dealing with than to detain them on an island where those principles did not apply.

The documents stemming from a period of seven years, form a depressing archive of a system that saw minors treated and classified in the same way as elderly men. The documents show that several of the prisoners suffered from a range of mental illnesses, including depression, bipolar disorder, anxiety and schizophrenia.

The memoranda are structured schematically and contain personal information about the prisoners, biographical details, the location and activities of the person before and after Sept. 11, 2001, medical assessments and whether they represented a "high," "medium" or "low" risk.

From the perspective of the Guantanamo inmates, the decisive passage can be found at the beginning of the files -- the recommendation of the Joint Task Force (JTF), which operated the prison at Guantanamo, on the further fate of the prisoners. In the case of Sheikh Mohammed, as with most of the prisoners in the information obtained, it "recommends this detainee for Continued Detention Under DoD (Department of Defense) Control (CD)."

Nevertheless, the material has considerable shortcomings: It doesn't represent the prisoner's final status and merely provides a snapshot of what was known at the time.

The US government itself has noted this in its first reactions to the publication. A working group has been reviewing the detainee assessments since January 2009 and has in some cases reached different conclusions to those contained in the files. Thus, the documents that have been obtained do not represent the US government's current assessments.

Prisoners Given a Face

Still, the documents, which cover the years between 2002 and 2009, do provide a more complete picture of the way the US dealt with those it had declared to be its enemies -- not least because they provide the prisoners with a face, in many cases for the first time. Numerous files contain portrait photos of the prisoners.

Given that the new abundance of documents provide a glimpse of the inner workings of the Guantanamo system, as well as including the statements of the "high value" prisoners, the masterminds behind the Sept. 11 terror attacks and high-ranking Qaida leaders, they are documents of contemporary history that are of public interest -- even if they do not mean that the history of Guantanamo and America's war on terror will have to be rewritten following their release.

For that reason, SPIEGEL decided to handle the new material supplied by WikiLeaks in the same way it treated the Afghanistan and Iraq war logs as well as the US diplomatic cables that were also published on the whistleblowing platform. A team of SPIEGEL editors and researchers analyzed the Guantanamo reports, evaluated and reported on them.

In the course of their work, they came across new details in the history of the Sept. 11 attacks. The documents provide information on where high-ranking al-Qaida leaders were after the attacks, where they hid, how they met each other and how they continued, as if they were drunk from their own success, to plan numerous attacks against the West. Nothing appeared to stand in their way anymore -- no plan was big enough, it seemed, if it meant bringing the "crusaders" -- the US superpower -- to its knees.

The inside glimpse into al-Qaida, derived largely from the documents pertaining to Khaled Sheikh Mohammed, the chief architect of the Sept. 11 attacks, and Ramzi Binalshibh, the Yemeni 9/11 coordinator, are among the most important documents to be published.

Persistent Exaggeration and a Loose Relationship with Facts

The other key understanding the documents lead to is a sobering one that doesn't come as much of a surprise. The Guantanamo system was kept alive through persistent exaggeration and a lax attitude to the facts. The raft of detail in the personal files that have been obtained makes this insight seem more shocking than previously known -- they document how the detainees' alleged actions were recorded and described in a way that was arbitrary, incomplete and far removed from the kind of evidence-taking a normal court would require.

This is particularly clear in the case of the Guantanamo detainee with the prisoner number "US9TU-000061DP" -- Murat Kurnaz, who was born and raised in the German city of Bremen and who is also referred to as "Murat Kunn" and "Murat Karnaz" in his JTF assessment. In May 2006, he was still being described as a "high risk," in other words, as a prisoner who poses a great danger. According to the document, Kurnaz was "likely" to pose a threat to the US, its interests and allies.

His "intelligence value" was rated as "medium" and he represented a "moderate" threat from a detention perspective. The nine-page document concludes with the usual recommendation that the prisoner's detention be continued as a result of this assessment.

Only three months later, the supposedly "high risk" prisoner was released. Kurnaz -- regarded as an "enemy combatant" by the US Defense Department -- was sent back to Germany. There, he would later buy a sports car, give a series of interviews and publish a book about his time in Guantanamo. Since then, however, he has kept a very low profile in Germany.

Former US Defense Secretary Donald Rumsfeld once described the Guantanamo detainees as the "worst of the worst." Around 600 of them have now been transferred to other countries or been released, most of them during the Bush years. The 765 "detainee assessments" document the apparent effort in many cases to make the detainees look more threatening and dangerous than they probably ever were, in order to present Guantanamo as a justified tool in the fight against terrorism.

Numerous claims, statements and instances of speculation can be found in the reports that would not stand up in any normal court of law. In the "detainee assessments," however, such things are often treated as irrefutable facts.

Even Khalid Sheikh Mohammed, the 9/11 mastermind, felt obliged to speak out on behalf of the many "innocent people" in Guantanamo during a hearing before the Combatant Status Review Tribunal. He called on the American authorities to deal more carefully with these detainees and to check the charges against them to see if they were true. For his part, however, Khalid Sheikh Mohammed, who the Americans code-named KSM, provided detailed information about his activities and plans against the enemy, both previously known and unknown.

One of the most interesting reports is not a detainee assessment, but a set of guidelines for Guantanamo interrogators that was intended to give them tips on how to recognize members of al-Qaida and the Taliban. Some of the "threat indicators" listed in that document appear obvious and understandable -- such as a reference to prisoners who admit to having stayed in Tora Bora, the cave complex in Afghanistan that was a Taliban and al-Qaida stronghold.

But there are also surprising and strange "indicators," such as the possession of $100 banknotes. According to a footnote in the report, it is known that the al-Qaida leadership provided its fighters with $100 bills to help them flee Afghanistan. Interrogators were told to look out for a specific kind of digital watch, namely Casio's F-91W model, along with the silver version of the same watch, the A159W. The watches were regarded as "the sign of al-Qaida," as they were used by the organization in the construction of improvised explosive devices and were apparently handed out in al-Qaida bomb-making training courses in Afghanistan.

On the other hand, one of the darkest chapters in the history of Guantanamo is not mentioned in the files at all. The words "waterboarding" and "torture" appear in none of the documents.

The date of Khalid Sheikh Mohammed's arrest is painstakingly given as March 1, 2003, as is the date of his arrival in Guantanamo, Sept. 4, 2006. But the documents do not contain any information about his whereabouts during the intervening three-and-a-half year period. The same is true for another high-value detainee, the Palestinian Abu Zubaydah. Both men were likely subjected to waterboarding.

Editor's note: SPIEGEL ONLINE International will publish a selection of SPIEGEL stories on the latest raft of WikiLeaks documents this week. 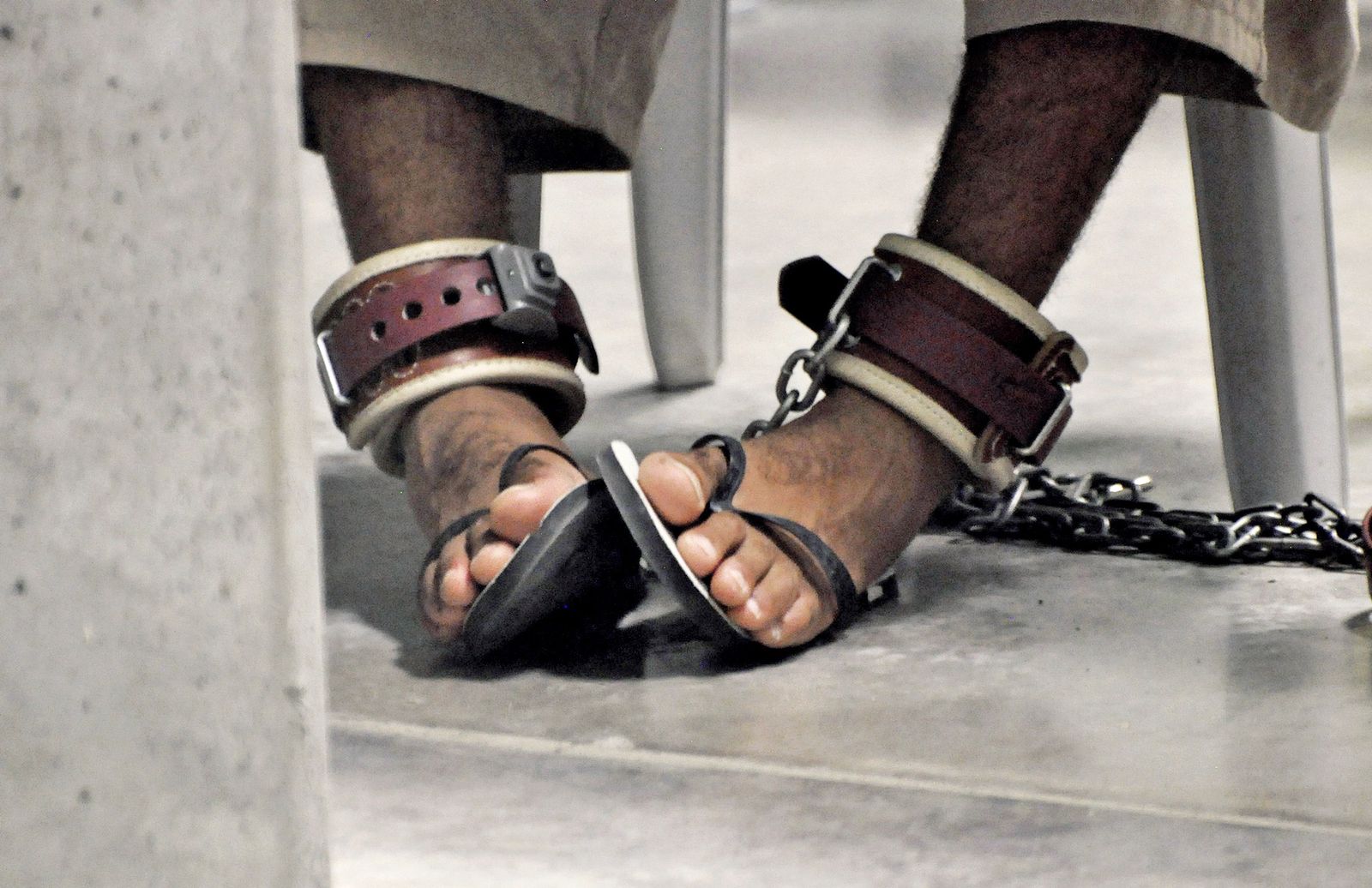 The "Gitmo Files," as WikiLeaks is calling them, reveal, according to the whistleblower's website, "that only a few dozen prisoners are genuinely accused of involvement in terrorism. The rest, these documents reveal on close inspection, were either innocent men and boys, seized by mistake, or Taliban foot soldiers unconnected to terrorism."