California Governor Arnold Schwarzenegger says he is certain that President Barack Obama will get re-elected in two years -- even if his own party, the conservative Republicans, turn out to be the victors in midterm Congressional elections in November.

"I assume that Obama will get a second term in office," Schwarzenegger told SPIEGEL. Schwarzenegger apparently doesn't believe the Republicans will succeed in finding a challenger capable of securing a victory against Obama. If Obama's Democrats lose their current majority in the House of Representatives -- a development expected by many -- Schwarzenegger says it could actually provide a boost to the US president's prospects for re-election.

"Obama can watch this casually, knowing that afterwards he will be in a much better position," he said.

The Republicans have adopted Obama's health care reforms as their main campaign issue and they would like to roll those changes back after the election. But Schwarzenegger is defending the president against criticism from within the Republican Party. "The conservatives had many years in Washington to push through their reforms," the governor said. "But what ever happened to the Republican health care reform?" 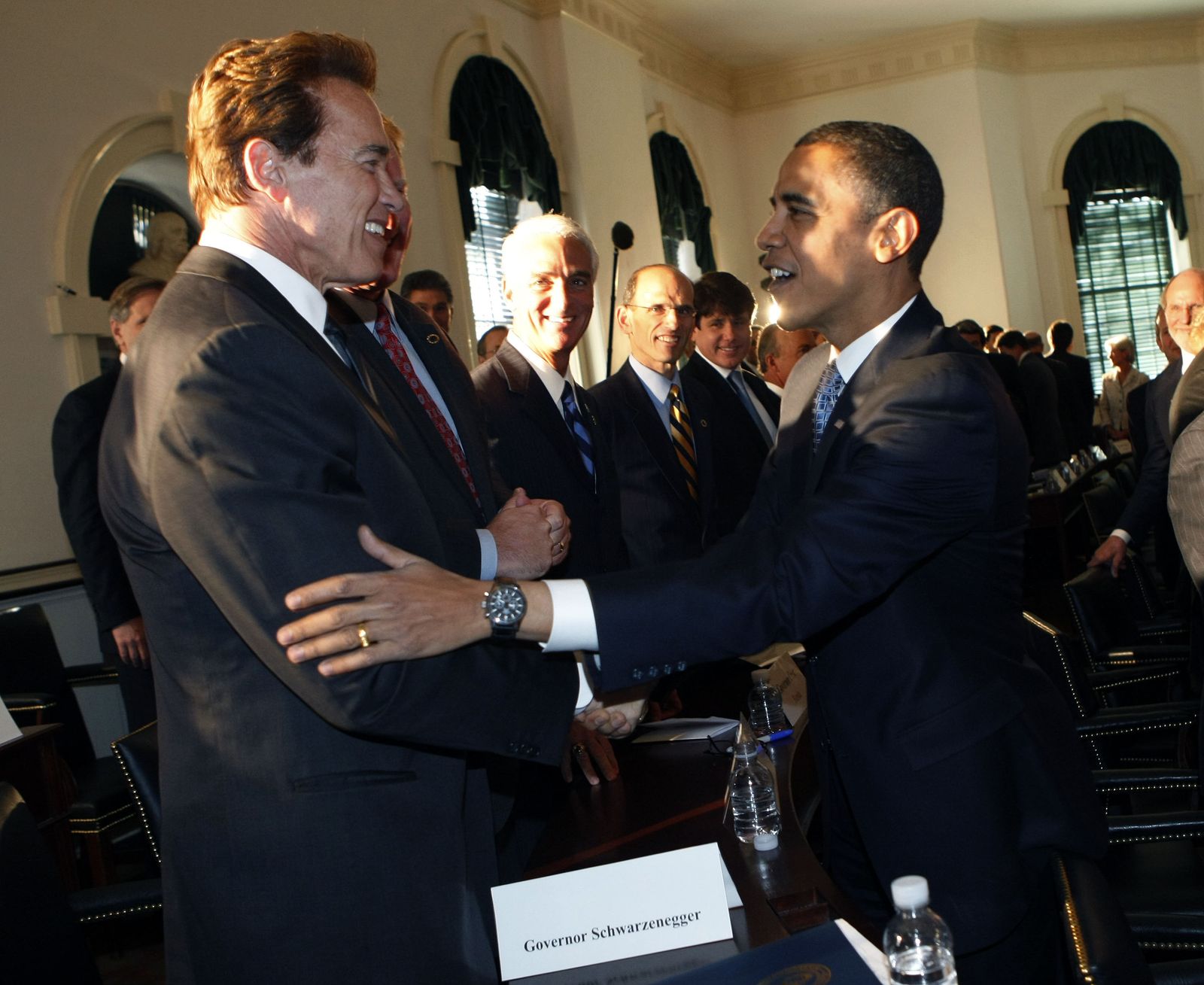 California Governor Arnold Schwarzenegger and then president-elect Barack Obama in a December 2008 archive photo: "I assume that Obama will get a second term in office."