Peter is a gas station attendant in Springbok, the capital of South Africa's Namaqualandes region, which is famous for its wildflowers. It's only a short distance from the border with Namibia, but you get the first sense here of the football fever that's about to explode across the nation. Hardly any flags can be seen, only a few fans have decorated the mirrors of their cars in the country's colors, and there aren't many people passing through with Bafana-Bafana shirts -- Springbok is not like the big cities.

But Peter managed to get a ticket for the preliminary match between the South African national team and Uruguay on June 16 in Pretoria. "It almost ruined me financially," he says, "and I had to stand in line for a long time. But I want to be there no matter what."

On June 12, he plans to drive with two friends in a beat-up old Toyota to Loftus Vesfeld Stadium in the capital city, a trip that will take three days. "I believe our boys can go far if we just give them enough support," the hopeful young gas station attendant says. For him it's a matter of honor to pack a vuvuzela in his suitcase -- the horn prevalent with South African soccer fans that German national team trainer Joachim Löw has described as "a little irritating over time."

The host country of the 2010 World Cup is completing the last preparations for the mass football festival. The event itself is a breakthrough for South Africa, but it's also been pitched as a harbinger for a new and better future. These are the African games -- meant to liberate the whole continent from an image of war, chaos, illness and catastrophe.

"A victory for the entire continent," is what FIFA head Sepp Blatter called it when he announced in 2004 that the games would be awarded to South Africa. Nelson Mandela had tears of joy in his eyes as he proudly held up the cup, saying, "I feel like a 15-year-old."

'Let Them, Just for Four Weeks, Be Good'

On the streets of Johannesburg, Pretoria and Cape Town, one can feel some of the euphoria that sent the country into a frenzy of joy after the decision six years ago. Supermarkets are decked in the national flag, workers wear South Africa T-shirts, sales of vuvuzelas are booming.

The stadiums have been completed, new hotels and streets have been built. Cape Town Mayor Dan Plato has pledged to host the "greatest party in South African history" the night before opening match. But a number of cars on the streets also have bumper stickers reading, "Fuck FIFA."

Tension and expectations have mixed with quiet fears that the football dream could become a nightmare. Even South Africa's president, Jacob Zuma, seems not entirely free of anxiety. At a women's prayer meeting last Thursday he said: "In this time, we need good South Africans. Let them, just for four weeks, be good. Just for four weeks."

He has good reason to be concerned. Despite the flags and the gorgeous stadiums, the new streets and well-armed police, his country is more divided than ever in recent history. No nation in the world has a gulf between rich and poor as great as South Africa's.

Despite billions of euros in investments related to the 2010 World Cup, last year more than a million South Africans lost their jobs. During the first three months of this year, 171,000 entered the unemployment rolls. The official unemployment rate is over 25 percent, the highest level seen in the past five years. Unofficially, it is estimated to be closer to 40 percent.

A recent study completed by the University of South Africa concluded that 75.4 percent of South Africans fall below the poverty level -- and almost all those poor are black. "Persistent poverty, rising levels of unemployment and violent crime, together with the crisis in the public health sector," writes Amnesty International in its annual report, have contributed at least as much as corruption and nepotism to the often violent protests that have recently shaken South Africa.

Moeletsi Mbeki, brother of former South African President Thabo Mbeki, recently said: "Unlike the elite in Asia, our leaders have simply copied the exploitation mentality of their former oppressors."

Behind the Mood of Celebration, A Country Festers

The façade of a country in a celebratory mood veils a nation that is actually festering, where people are sick and tired of being fobbed off with promise after empty promise. Labor leaders haven't been shy of threatening strikes during the World Cup. "Nobody must say 'Hold on, there are visitors around, don't do anything about this matter,'" Zwelinzima Vavi, who heads the Congress of South African Trade Unions, said last Thursday. "Our struggles  are bigger than the World Cup."

Slum dwellers increasingly fight their fate. In Balfour they even shouted down Zuma, the former national hero. One in every two South Africans are unhappy with the public sector and the state's services, according to a survey by the TNS research institute. The ruling ANC party recently lost a ballot in the Western Cape for the first time, conceding their traditional stronghold to the opposition.

Ahead of next year's local elections, the ruling party is nervous, divided and embroiled in internal power struggles. The ANC leadership appears to have silenced the head of the Youth League, Julius Malema, whose hate speeches and chants fomented a climate of violence and racism. But his followers continue to pile on the pressure. Youth League functionary Loyiso Nkohla called on the ANC youth to devastate Cape Town and make it ungovernable. The mayor of the touristy city, Dan Plato, then called on Khayelitsha township residents to challenge the ANC youth with burning tires, an apartheid-period symbol of oppressive regimes. Amnesty International warned that the violent outbreaks could quickly escalate into xenophobic unrest.

There have also been repeated warnings of terrorist attacks. Press reports, citing intelligence agencies, allege evidence of planned attacks against teams from the Netherlands and Denmark, and against the US vs. England match. These reports were denied by al-Qaida. But, as a precaution, South Africa's security forces are preparing.

The lofty expectations that South Africa and the African continent have for the World Cup seem unattainable. The promised economic boom never came. Instead of the expected 480,000 foreign fans, turnout will likely number about 200,000. Particularly among other African countries, interest in the "African Cup" is running low. Ticket sales are disappointing.

Hotels, which put off customers a month ago by hiking prices to unrealistic levels, are now struggling to fill their rooms during the tournament. Tourism experts are warning that some of the newly-built luxury hotels will have to close again.

AIDS, poverty, unemployment and violent crime are all a part of everyday life in South Africa. The country has a murder rate of 50 per day, twenty times as high as in Germany. Crime statistics document 50,000 rapes per year. Armed raids on private homes increased by 27 percent, and rose by 20 percent on registered businesses.

Against that bleak backdrop, Police Minister Nathi Mthethwa has assured the world, that for the duration of the tournament, South Africa will be the "safest city in the world". Head of the Police Bheki Cele has promised "the best security in the world."

Cape-based German Ambassador Dieter Haller added that most crime and violence "happened in places where tourists and World Cup visitors would not tend to visit." But such attempts to rationalize away the violence do little for South Africa's victims. 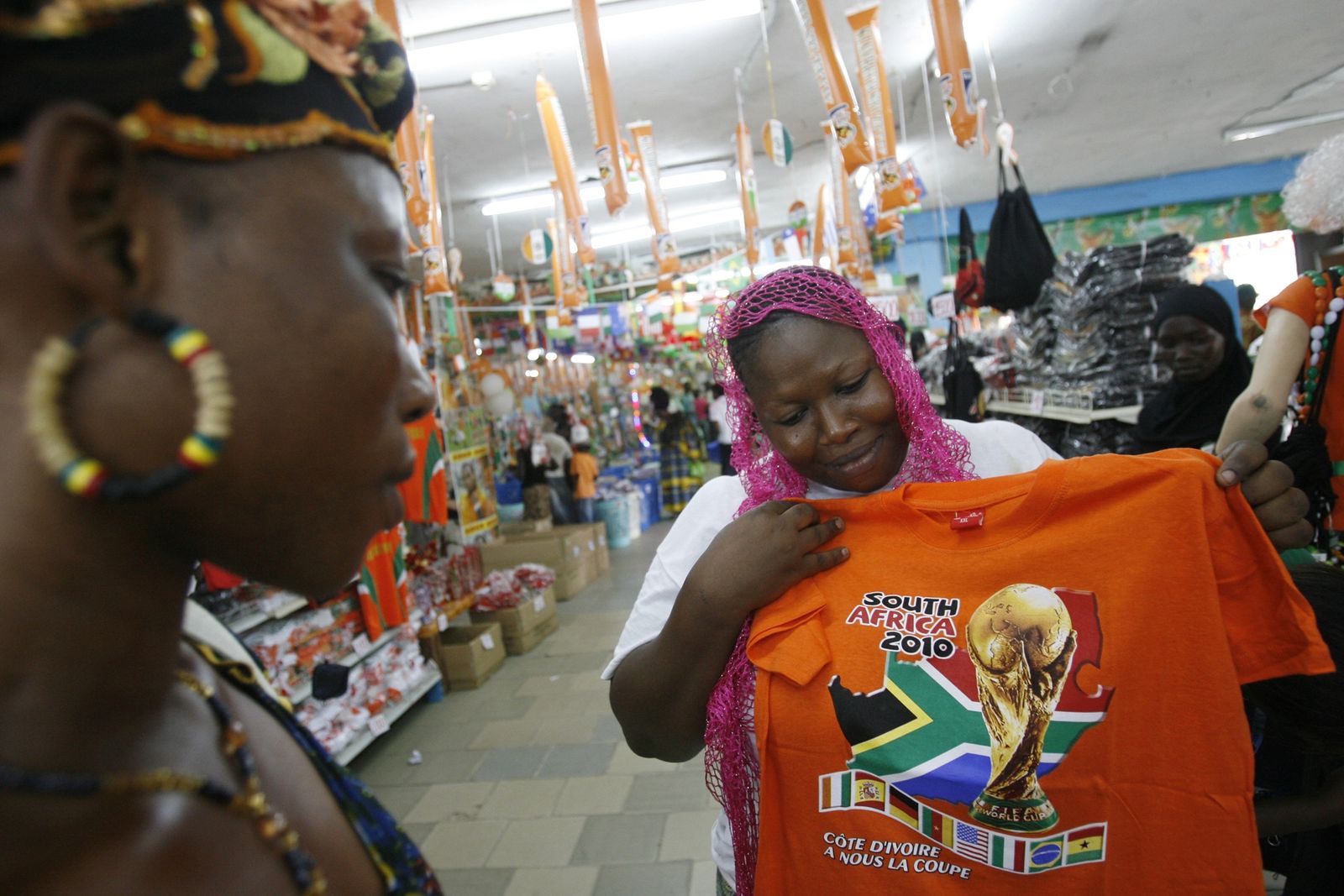 South Africa's stores are stocked with World Cup paraphernalia and the euphoria can be felt in major cities. But leaders in Pretoria are nervous about the biggest event in the country since the end of apartheid.