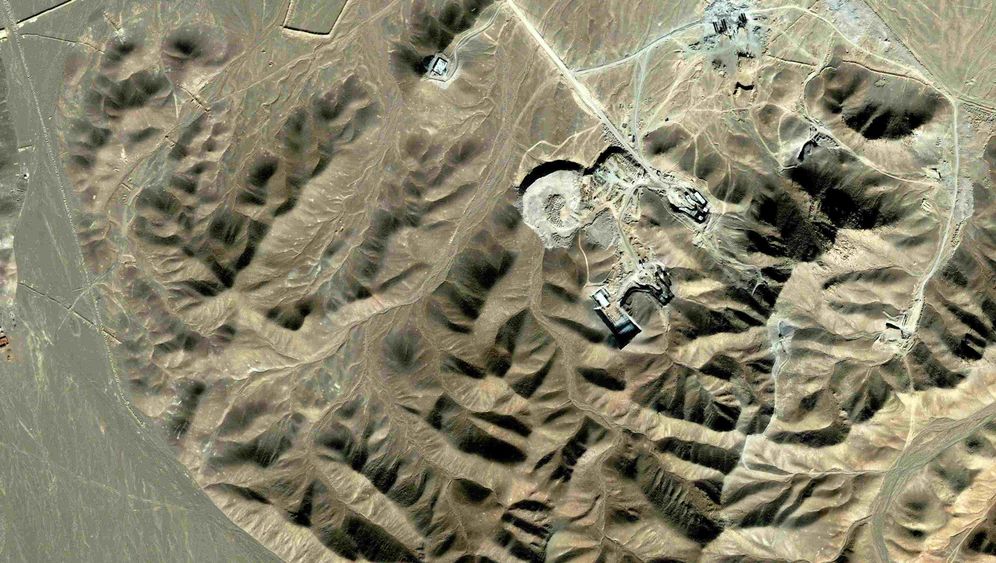 Photo Gallery: Can War with Iran Be Averted?

Oil exports are sinking, foreign exchange is absent and the country's own currency is sagging. Tough international sanctions are putting Iran under increasing pressure. Meanwhile, Israel seems to be on the verge of a military strike and United States President Barack Obama is keeping all options open. But what does Tehran do? It continues stoically pursuing an atomic program that could make the production of a nuclear bomb possible.

Still, there is a sliver of hope. For the first time in more than a year, new talks will begin on Saturday in Istanbul between Iran and the group of five veto powers in the United Nations Security Council, plus Germany. The international community is primarily urging an end to the uranium enrichment currently underway in Iranian bunkers, a process that could result in material for potential nuclear weapons. Iranian President Mahmoud Ahmadinejad's regime, on the other hand, has threatened to destroy Israel while simultaneously insisting that its nuclear ambitions are peaceful.

The next round of negotiations will probably be the last chance to solve the long-running conflict diplomatically. For nearly 10 years, the West has had the sense that Tehran was giving it the run-around, and the Israelis, in particular, are losing patience. If there is no progress in the coming months despite the new talks, Israel could increase pressure on its allies to support taking military steps. This is clear to leaders in Washington and in Europe's capitals.

Still, a rapid solution is unlikely. The Iran negotiations have become a power struggle between leading countries because every key player is following their own interests, intent on gaining an advantage. SPIEGEL ONLINE presents an overview of what the different participants hope to achieve.

US President Obama has two aims: First, stopping Iran from building a nuclear bomb. And second, hindering unilateral military action by Israel. The president has frequently said the United States would not tolerate atomic weapons in the hands of the Tehran regime. His Iran policy is not one of so-called "containment," but of prevention, he says. The primary US interest is ending the production of highly enriched uranium, in addition to shutting down the recently established underground atomic facility in Fordo. The US hopes that the Istanbul meeting will set a diplomatic process in motion. At the same time, Obama has signalled to Iran's supreme leader Ali Khamenei that he would tolerate a civilian nuclear program if the country "will never pursue nuclear weapons," the Washington Post reported last week. 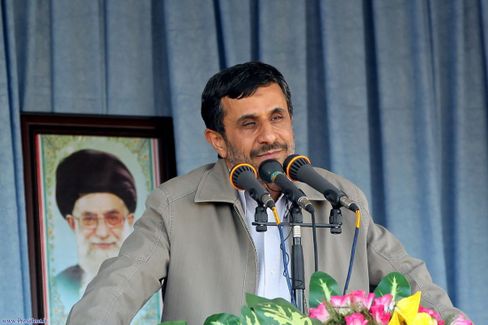 HO/ REUTERS
But Iran wants to achieve just one thing by renewing negotiations -- more time. As long as there are ongoing talks between Iran and the UN Security Council veto powers plus Germany, an Israeli attack is unlikely and the regime can continue its nuclear program. Additionally, Iran's leadership is interested in international recognition from the West, which they feel ought to respect Iran's right to pursue a civilian nuclear program after the country signed the Treaty on the Non-Proliferation of Nuclear Weapons. They also want a guarantee of existence, whereby Washington would shelve any plans for a regime change in Tehran and recognize Iran as an important power in the Middle East.

Iranian senior nuclear negotiator Saeed Jalili has said he will present "new initiatives" in Istanbul. His country could potentially forego enriching uranium past 20 percent, the level at which the substance can easily be further enriched to beyond 80 percent, which is approaching nuclear weapons grade. But for every compromise it makes, Iran will expect concessions. A suspension of the European Union's oil embargo, set to begin on July 1, tops their list.

At the negotiating table for Europe will be France, Great Britain and Germany. All three agree that a military conflict should definitely be avoided, as they fear incalculable consequences for the entire region. The Europeans will play a decisive role in the talks, with EU foreign affairs chief Catherine Ashton leading the dialogue in an effort to change Tehran's course.

With a combination of discussions, incentives and sanctions, Brussels hopes to continue pressuring Iran. They are counting on the planned oil embargo to increase Tehran's willingness to negotiate. There is talk in Europe's capitals that the regime could be convinced to back down with an upgrade to their outdated Bushehr nuclear power plant or an offer to help with their anti-drug efforts.

The possibility that the talks could drag on for months is actually seen as an advantage in Berlin, Paris and London. Leaders anticipate that if they stretch beyond the US election in November, President Obama (assuming he wins) will have more freedom to maneuver without domestic campaign pressures. 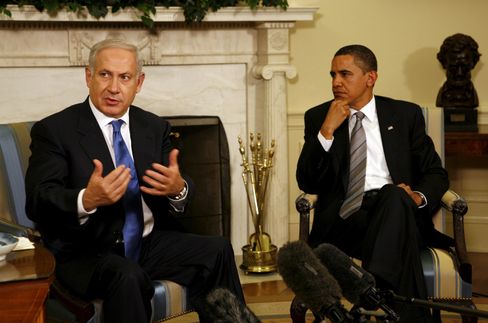 A2800 epa/Martin H. Simon/Pool/ dpa
As far as Israel is concerned, 2012 is "a critical year" in which Iran must be stopped, as Defense Minister Ehud Barak described the situation in early April. In Jerusalem's view, Iran should take the initiative in making progress at the upcoming meeting.

Israel has several things in mind. First, Iran should move its inventory of some 120 kilos of uranium enriched at up to 20 percent into another country. Additionally, the lion's share of five tons of uranium enriched at 3.5 percent should also be moved abroad, leaving only the amount necessary for energy production in Iran. Israel also wants the Fordo underground enrichment facility to be shuttered. But Barak has not expressed confidence that Iran will meet Israel's demands. "I do however look forward to being surprised if the talks with Iran succeed," he said earlier this month.

Meanwhile Israel has not ruled out an attack on Iranian nuclear facilities. The Israeli government is skeptical that Tehran will give up its nuclear ambitions in response to sanctions. The deadline for a preemptive strike currently being discussed in Jerusalem is 2013. After that, there are fears that the Iranian facilities could be moved so far below ground that they would be beyond the range of bunker buster bombs.

With China, Iran has found a true ally in the international arena. There are a number of reasons for this. For one thing, China -- unlike the US and Europe -- isn't certain that Iran's scientists are even in a position to produce a nuclear weapon. They also insist on the internationally documented right to pursue nuclear power for peaceful purposes.

Beijing advocates a Middle East without nuclear weapons, but sanctions won't be effective, the country's politicians argue. Instead, they say that success would be more likely if Iran were dissuaded from its plans. Chinese diplomats charge both Washington and Brussels with hypocrisy for wanting to punish Iran with sanctions while tolerating Israel's atomic bomb arsenal for years without complaint.

But it is primarily China's economic boom that is bringing the two countries closer. To maintain growth, China must import energy, and Iran is a willing and important supplier. China is the world's second-largest consumer of crude oil, now buying around one-fifth of Iran's entire exports. The Chinese are also buying Iranian gas, recently signing a $3.2-billion supply contract.

But it's not just oil and gas that keep the Chinese close to Iran. They see Tehran as a power devoted to independent foreign policy that stands up to the Americans and Europeans. The two countries have a shared goal -- reducing Washington's influence on the Middle East and Central Asia. They are united in the suspicion that the US supports Arab Spring-style political revolutions for their countries as well. 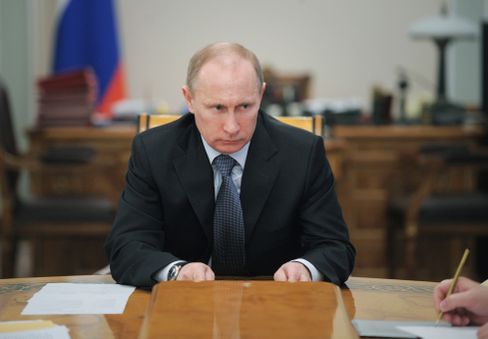 AP/ RIA
When Iranian President Mahmoud Ahmadinejad travelled to Russia three years ago following his re-election, a vote accompanied by widespread protests, he was received with the highest of honors at the Kremlin. Since then, however, the relationship has cooled noticeably. Unlike the regime of Bashar Assad in Syria, Tehran can no longer depend on unconditional support from Moscow.

Russia wants to prevent Iran from becoming a nuclear power, but not at any price. Moscow rejects a military strike against Iran. The incoming president, Vladimir Putin, stresses that nothing should be solved militarily when it comes to Tehran's nuclear program. Russia is concerned that a war against Iran may not only destabilize the Middle East, but also the Caucasus, a region that it considers as belonging to its sphere of influence.

The example of Azerbaijan -- which serves as a base of operations for Israeli intelligence service commandos and also hopes for benefits from a military strike against its neighbor Iran -- shows that Moscow's concerns are not unfounded. Moscow has long been quick to emphasize Iran's right to the peaceful use of nuclear energy. Indeed, it is in the interest of the Kremlin: Russian engineers are working at the reactor in Bushehr and Tehran has indicated to the Russian firm Rosatom that it is interested in five additional reactors, the total value of which would be $40 billion. Still, Russia is not unconditionally supportive. If Tehran refuses to back down, Moscow could join in on the West's sanctions.

Turkey is interested in a solution to the atomic deadlock with Iran for two reasons. For one, Ankara is hoping to further increase its role as a regional power and peace broker. For another, Turkey is intensely interested in a peaceful end to the conflict with its neighbor. A nuclear-armed Iran would fundamentally alter the power structures of the region, to the disadvantage of Turkey, which does not possess nuclear weapons. Furthermore, a military strike on Iran would have negative consequences for Turkey as well. The neighboring country of Syria has already become significantly destabilized. Were Iran to follow suit, it would mean more refugees in Turkey and a further weakening of the country's economy and its trade with Iran.

As such, Ankara has sought for years to help mediate between Iran and the West in hopes of ending the standoff. Prime Minister Recep Tayyip Erdogan has in the past emphasized Iran's right to a peaceful nuclear program. At the same time, however, he has demanded more transparency from Tehran in its dealings with the International Atomic Energy Agency. Furthermore, as a member of NATO, Turkey has allowed radar facilities to be stationed on its territory to help detect possible missile attacks from Iran. PRAKASH SINGH/ AFP
India, which isn't a participant in the negotiations, is also interested in avoiding an escalation of the standoff with Iran. Due to its rapidly growing economy, the country is in desperate need of energy sources and is dependent on oil deliveries from Iran. India, along with China, is among the largest buyers of Iranian crude oil. Indeed, were India and China to decline imposing sanctions on Tehran, it seems likely that they would fail to have the desired effect.

Indian oil imports from Iran are worth roughly $10 billion per year, about an eighth of India's consumption. In addition, Iran is an important geo-strategic partner for New Delhi. Both countries support Taliban opponents in Afghanistan and, due to the large number of Shiite Muslims living in India, it has traditionally enjoyed good relations with Iran.

On the other hand, India has no interest in turning its back on the US. Both countries want to strengthen their economic ties and pressure on India from Washington to cease doing business with Iran is growing. India has continued to emphasize that sanctions as they currently stand do not target the oil market. Just recently, Prime Minister Manmohan Singh rejected EU requests to reduce his country's trade with Iran. 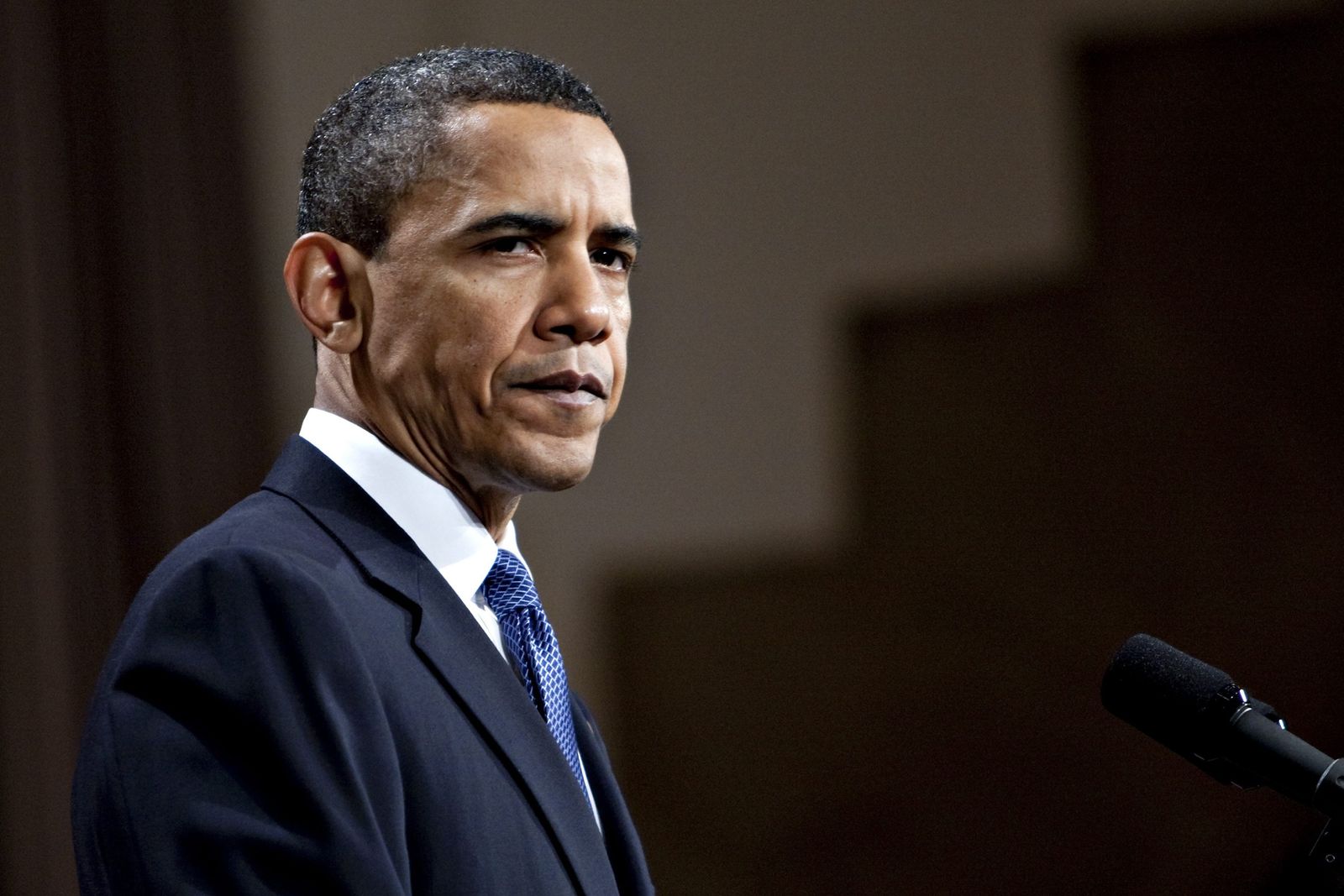 US President Obama aims for prevention. 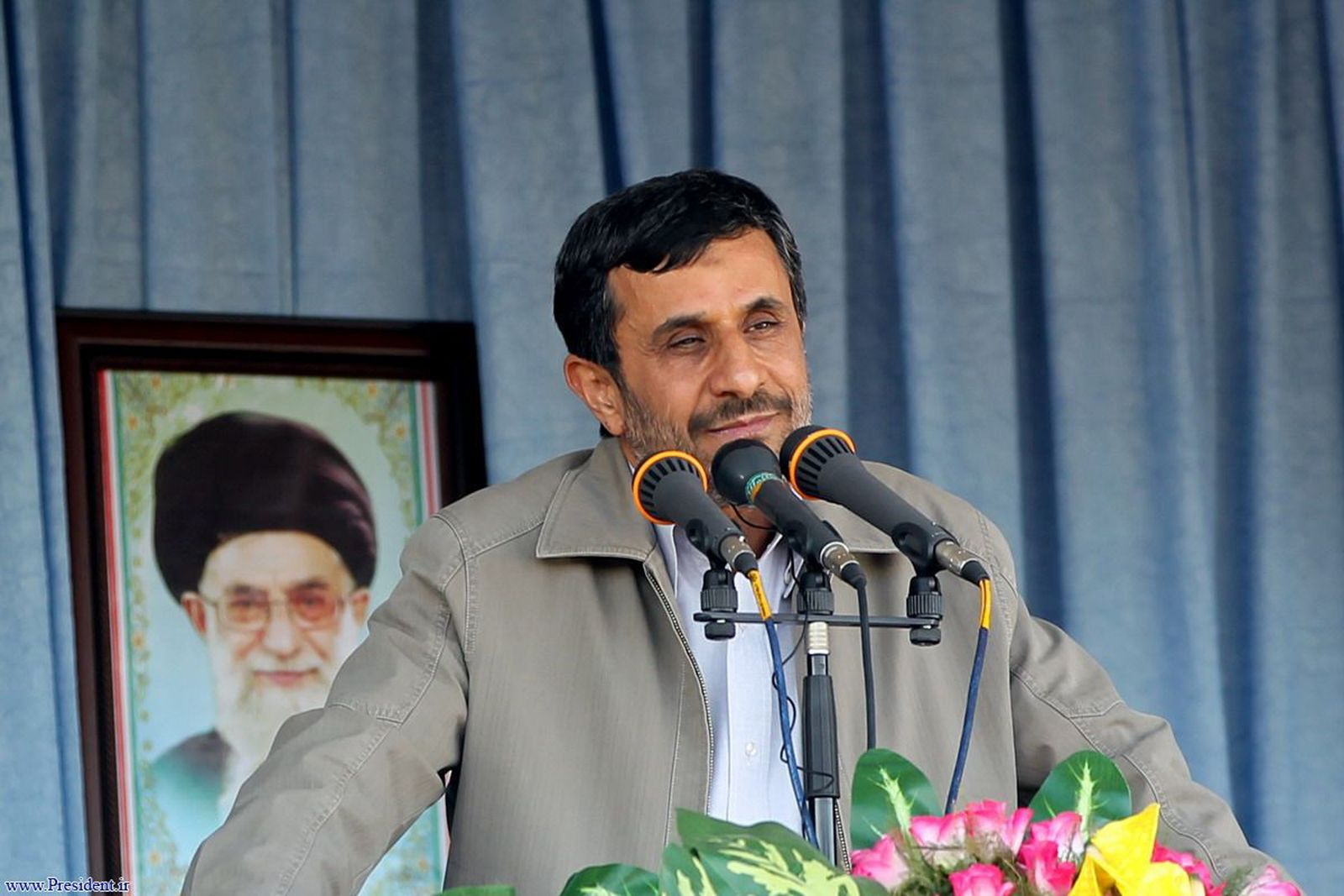 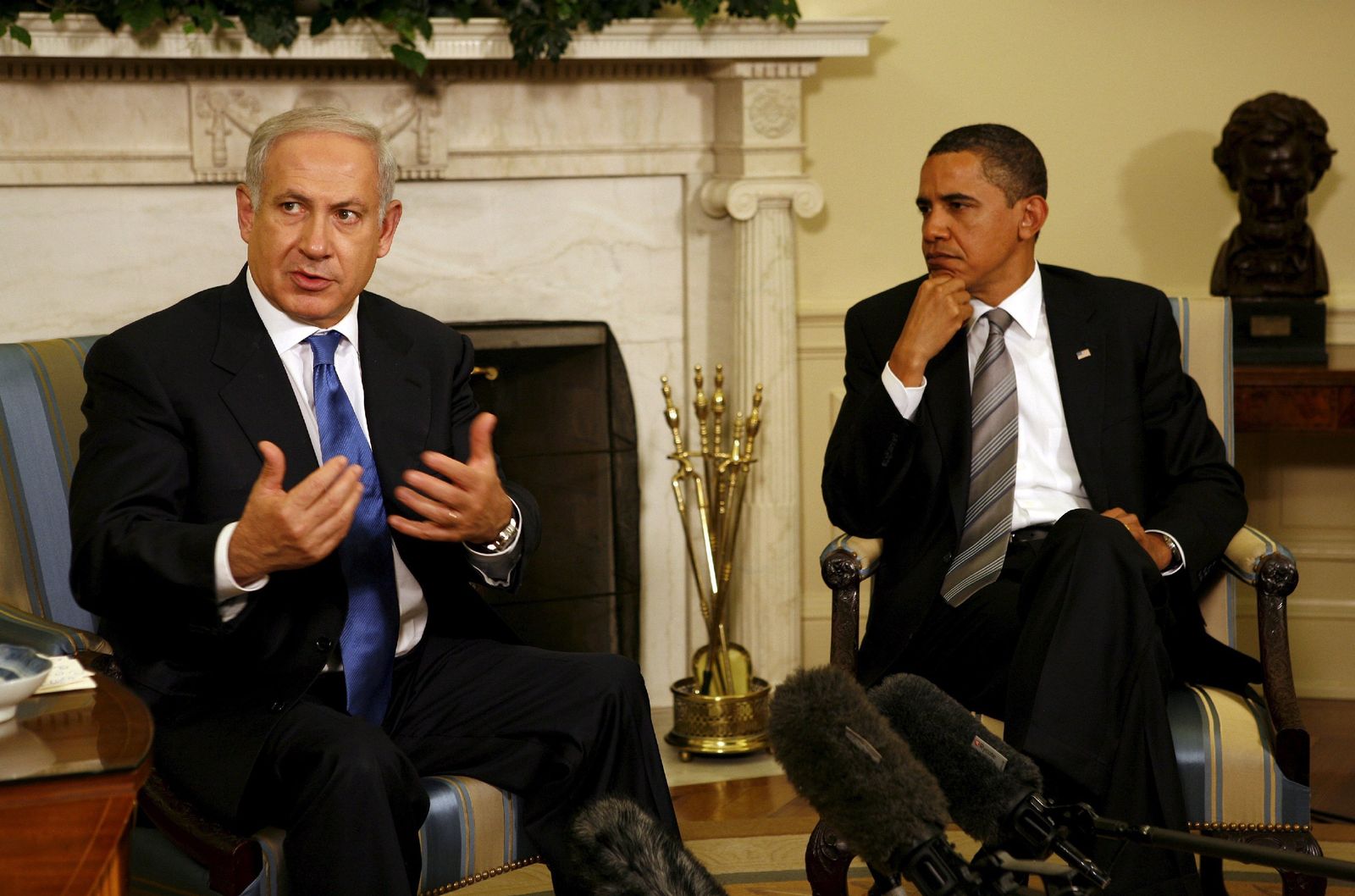