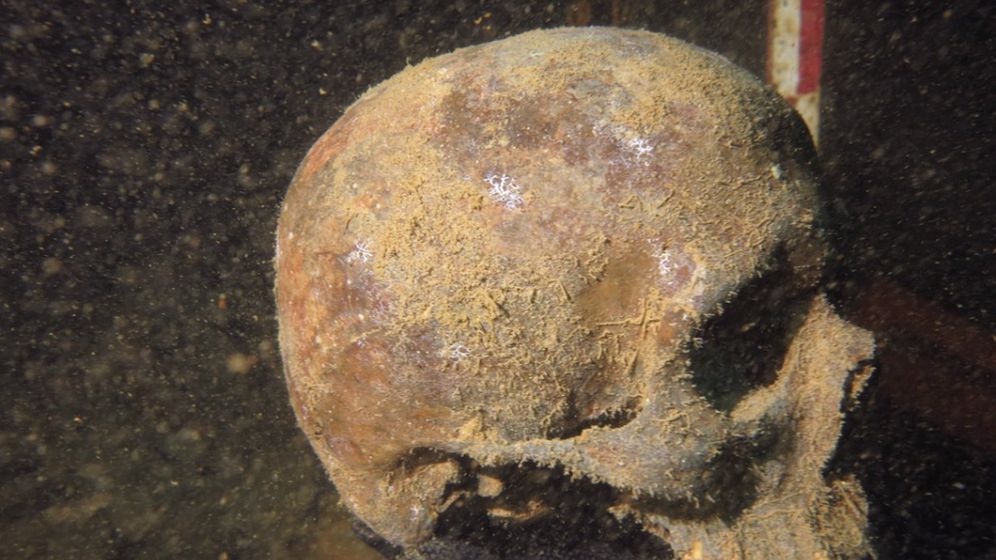 Researchers have apparently discovered the remains of a World War II-era German U-boat and the skeletons of its crew off the coast of Indonesia. Experts say it's an unprecedented find that could provide insight into how the war was fought in the South West Pacific theater.

The first inspection uncovered binoculars, batteries and dinner plates emblazoned with swastikas, according to an AFP report printed by the newspaper The Star on Thursday. There were also reportedly 17 human skeletons buried in the wreckage, and more bones may yet be discovered.

"This is the first time we have found a foreign submarine from the war in our waters," said Bambang Budi Utomo, head of the research team at the National Archeology Center that found the vessel off the coast of Java. "This is an extraordinary find that will certainly provide useful information about what took place in the Java Sea during World War II."

The researchers believe the wreck is that of the U-168, which German naval forces used to successfully sink several allied ships. The U-boat was eventually torpedoed by a Dutch submarine while en route to Australia. According to a report by German newspaper Die Welt, the Dutch vessel fired six torpedos from 900 meters, but only one of the explosives detonated. Twenty-three German sailors reportedly died in the attack, and the captain and 26 crew members survived.

The daily Süddeutsche Zeitung reports that the wreck could also be that of the U-183, which was sunk on April 23, 1945 in the Java Sea. That attack had only one surivor of 55 men on board. Both of the U-boats were part of Nazi Germany's "Monsoon Group," which attacked allied ships in the Indian Ocean and Arabian Sea.