Moscow Mayor Yuri Luzhkov still had so many plans. Barely back from his birthday trip to the Austrian ski resort of Kitzbühel, he was busy planning his next excursions. He wanted to go to Munich, Vietnam and Kazakhstan. But things didn't quite work out as planned.

On Wednesday, Luzhkov, 74, was fired by Russian President Dmitry Medvedev. As justification, Medvedev said in a presidential decree that the mayor has lost "the trust of the president." The Kremlin had clearly lost patience after the public power struggle with Luzhkov, which has attracted considerable media attention in Russia and internationally in recent weeks. In response to the last warning from the Kremlin, which had asked Luzhkov to resign "of his own accord," the powerful mayor said Monday that he had no intention of stepping down.

Russia's leadership knew very well that Luzhkov would not yield easily to pressure from the Kremlin. Luzhkov was not someone who "gave up halfway through the race," the Moscow municipality's TV station announced over the weekend. It praised the veteran politician as the creator of the new Moscow, which it described as a "world-class metropolis."

Luzhkov's expulsion marks the end of an era for Moscow, which he had governed for 18 years. The people respected him for his ostentatiously down-to-earth manner. His popularity inspired Luzhkov to entertain presidential ambitions in 1999. After the 2000 election, he nevertheless came to an arrangement with Vladimir Putin, the new president. Luzhkov remained Moscow mayor and became one of the most powerful men in the country.

A Man of the People

Luzhkov did not only make friends during his time in office, however. The mayor, who liked to show he was a man of the people by wearing a proletarian flat cap, ruled the Russian capital as his personal fiefdom. Luzhkov's wife, Yelena Baturina, who once worked as his secretary, rose under his patronage to become the richest woman in Russia, with an estimated fortune of more than $2 billion. There were repeated allegations that the mayor had lent his wife a helping hand with her property deals.

For the past one-and-a-half years, Medvedev, together with Prime Minister Vladimir Putin, has been working to systematically discredit Luzhkov and weaken his power base in the capital through targeted attacks. Russian journalists have dubbed the complex network of political cliques and business relationships that Luzhkov and his wife set up in the capital the "Moscow Consortium" and the "monopoly with no name."

In April 2009, President Medvedev dismissed Moscow's police chief, whom Luzhkov had earlier awarded a medal for his long years of service. Then in the summer of 2009, the Kremlin attacked the empire of Telman Ismailov, a billionaire tycoon who had financed Luzhkov's presidential ambitions in 1999. Luzhkov had sworn "eternal friendship" to Ismailov. State television attacked Ismailov with a prime-time report about the "glamour and misery of the oligarchs." Police and prosecutors closed Ismailov's 200-hectare (500-acre) Cherkizovsky Market, Russia's largest marketplace, and his brother had to give up his position as prefect of the northern district of Moscow.

The authorities forced the billionaire real estate mogul Shalva Chigirinsky, one of Yelena Baturina's business partners, to leave Russia. While in exile in London, the entrepreneur confessed that Luzhkov's wife had helped him to overcome "bureaucratic issues" in Moscow in return for a stake in his company.

Suddenly, even close relatives no longer wanted anything to do with Luzhkov, the former political star. In the 1990s, Vladimir Yevtushenkov, a former tennis partner of the mayor, formed his conglomerate AFK Sistema out of privatized companies formerly owned by the city of Moscow. But with his estimated worth of $7.5 billion, Yevtushenkov is too rich today to allow his fate to be tied to the downwardly mobile Luzhkov. The oligarch is now a member of a committee that advises President Medvedev. He negotiated with the Kremlin over the state taking a stake in his business empire.

In September, Luzhkov finally risked a public showdown with the Kremlin -- thereby likely sealing his own fate. In an article for the government newspaper Rossiyskaya Gazeta, the Moscow mayor criticized Medvedev's decision to halt the construction of a controversial highway through a forested area near Moscow. The president, Luzhkov wrote, had given in to "professional windbags."

The Kremlin hit back with a media offensive. It got state-owned TV stations such as NTV, which is owned by the Gazprom group, to broadcast hastily produced propaganda shows attacking Luzhkov.

Medvedev hopes that, by removing Luzhkov from power, Moscow will no longer be the epicenter of a high-level power struggle. But who will succeed the powerful mayor? Recently, the name of Sergei Sobyanin, deputy Russian prime minister and government chief of staff, has been mentioned in connection with the job. Sobyanin is an experienced administrator and has gained a reputation for integrity. Valery Shantsev -- the governor of Nizhny Novgorod Oblast and, until 2005, a Luzhkov deputy -- is another name in circulation. Both Shantsev and Sobyanin are considered to be confidants of Prime Minister Putin.

Indeed, it is seen as unlikely that Medvedev would succeed were he to try to push through a candidate of his own -- and given his desire for a second term in the Kremlin, he is anxious to avoid missteps. Still, in Russia's world of power politics, the fact that he managed to push Luzhkov out reflects well on Medvedev's leadership.

Vladimir Resin, long a deputy in Luzhkov's administration, will take over for the time being. But his stint as acting mayor of Moscow isn't likely to be a long one. As the official in charge of the city's construction policy, he is considered to have been an active participant in the "Moscow Consortium" and has excellent contacts with Baturina.

Still, Resin seems to be eager to play the part. Over the weekend, just prior to his temporary promotion, Resin inspected the construction site at the legendary Moscow Bolshoi Theater, which is currently being renovated. He made sure that there were plenty of photographers to pose for -- as a man of the people, in a leather jacket and, of course, wearing a flat cap. 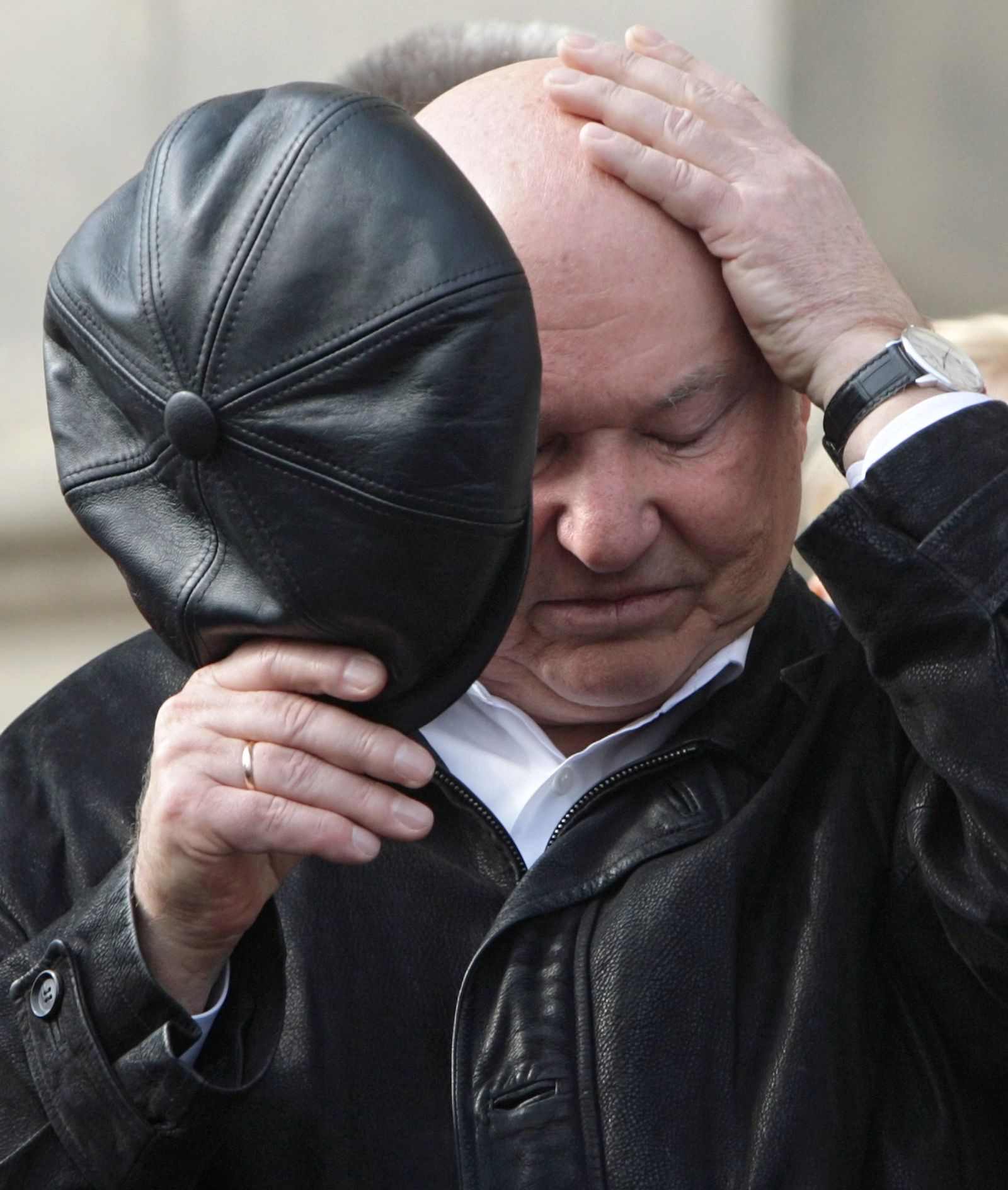 Time to hang up his hat.