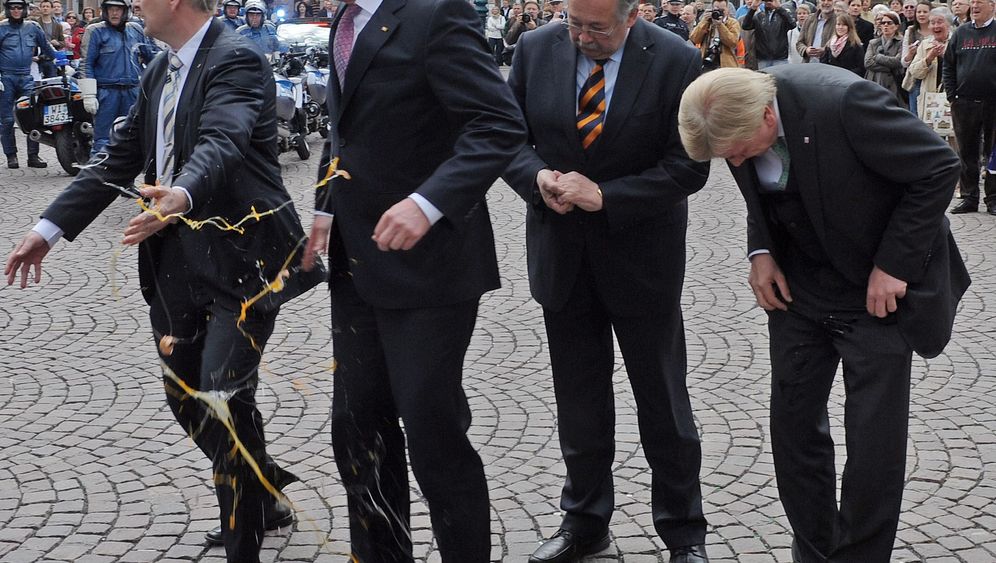 German President Christian Wulff got a nasty surprise while visiting the normally sleepy city of Wiesbaden, not far from Frankfurt, on Thursday afternoon. He was the target of an egg attack.

Wulff was in the city for the first time since becoming Germany's head of state in June 2010. He was accompanied by Volker Bouffier, the governor of the state of Hesse. Both of them were hit, but were uninjured in the incident.

Police arrested the unidentified man and it is not clear if he will be charged with a crime.

Officials said the man is the same person who put Wulff's predecessor, Horst Köhler, in an armlock in 2007 while he was visiting Frankfurt, holding him tightly with both arms. After that attack, the man was given 40 hours of community service.

Wulff changed clothes and then went about his normal schedule Thursday, including posing for photographs.

"I myself requested minimal security," he said, telling reporters he felt sorry for his assailant. "I want to stay in contact with ordinary people. That means that one will occasionally be hit by an egg."